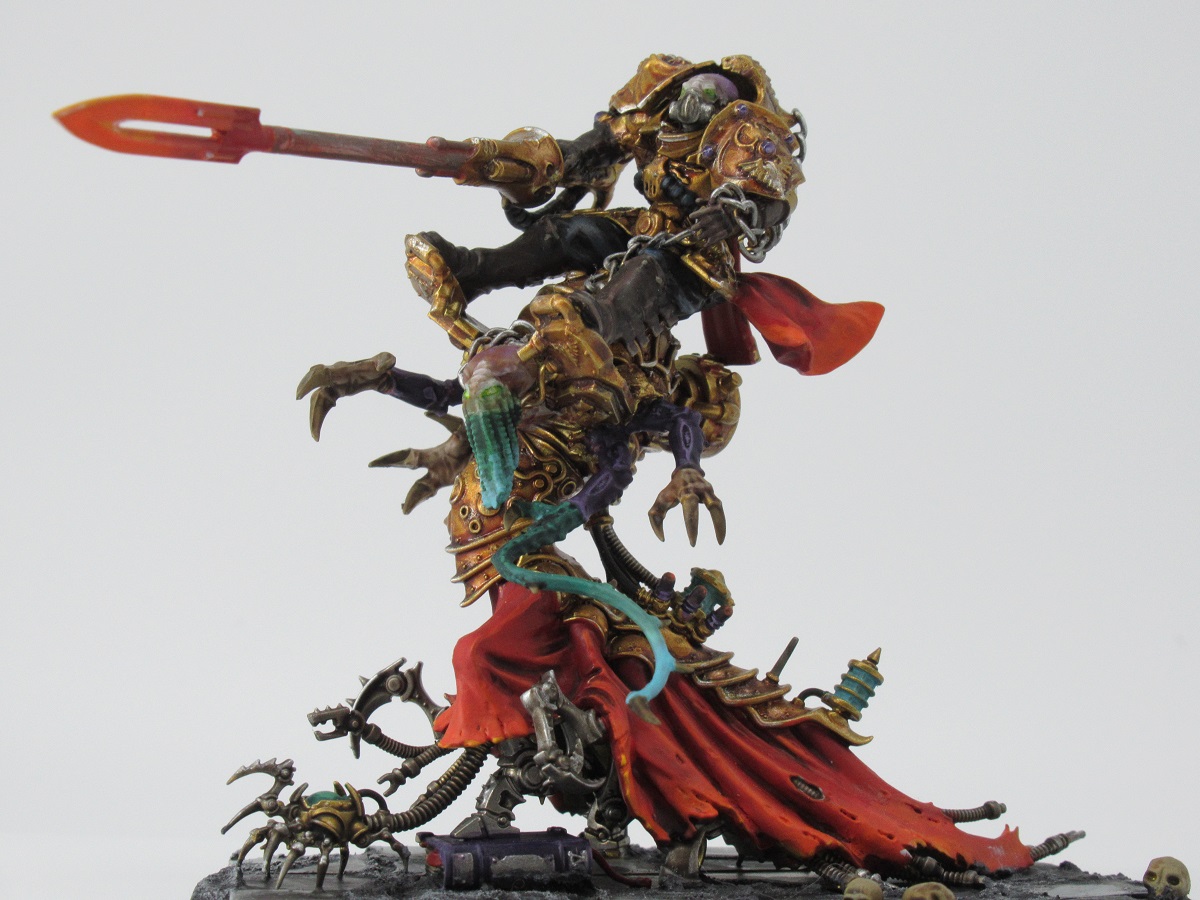 Every so often I get an idea that just burns a hole in my brain.

In the distant past I played a campaign of FFG’s Rogue Trader tabletop roleplaying game. It was an amazing experience despite the fundamentally terrible and broken ruleset just because of the sheer power of the concept: you’re some asshole conquistador with a ship capable of destroying a continent and a letter from God giving you the authority to do anything you need in order to make money so long as he gets his cut. You’ve got license to treat with xenos, political status equivalent to an Inquisitor (albeit with different jurisdictions), and the ability to ask questions like ‘how does the economy of this hellish grimdark future actually function’. It feels like 40K is one vast joke and the Rogue Traders are the punchline.

My major motivator for this project was to ‘loot for the Imperium’. I’m endlessly inspired by hobbyists who, in the words of @Pegastyx, treat Warhammer like Goth Lego – if it’s not worth converting it hardly seems worth doing.

Athi Hollzenstein, the Arch-Secessionist and traitor, operates way out in the distant Ghoul Stars, about as far away from Terra as it’s possible to go – and extremely on the wrong side of the Citarix Maledictum. She had already carved out a little empire of her own when the Great Rift cut off the distant light of the Astronomicon, and she was already more than a little batty before she decided that the only possible explanation for these events was that the Emperor was dead – and that she was the new Empress of Mankind.

So, as befits the God-Empress of Mankind, supreme ruler of Fifty Worlds, bastion against the horrors of Chaos, she decided that she needed a suitably intimidating Custodian Guard to go along with the title.

Some of her Custodians were provided by the Adeptus Mechanicus over-engineering a number of combat servitors. Lady Hollzenstein’s version of Mars is Forgeworld Draupnir, a massive derelict ringworld operated by a similarly independent minded Archmagos who is more than happy to play to the Rogue Trader’s ego and outfit her personal bodyguard with the best he can produce.

The second wing of Lady Hollzenstein’s Custodians are the Bullgryns, various vat-boosted mutants who has proved themselves in service to one of her loyal Astra Militarum regiments. Archmagos Brackmann has experimented with incorporating Primaris genetic designs into his pet super-soldiers for academic rivalry with Belesarius Cawl is one of his greatest motivations.

Finally, Lady Hollzenstein employs a variety of xenos bodyguards, including a disoriented Necron ambassador who believes he is indeed negotiating with humanity’s supreme authority. The Necron sees his position in the Rogue Trader’s court as a diplomatic coup and is happy to assist the Lady moving her fleets through the old Necron dolmen network in exchange for her defending his tomb worlds while they bring themselves back to full activation.

Dawneagle Jetbikes are in short supply – the only one possessed by Lady Hollzenstein was procured for her by Archmagos Brackmann following the visit from the “real” Custodians who came to deliver Primaris reinforcements. The Archmagos has made a number of replicas integrating advanced Necron technology to phase through walls rather than fly over them.

What secessionist heretek worth their salt would go to war without the Men of Iron at her side? The unfettered Kastelian Robots, freed from all safeties or limitations, are both elite shock troops and strategic advisors to the Empress.

Some reforms have been made to the Imperial Faith in light of the Empress’ dramatic resurrection in the body of a mad Rogue Trader in the distant Ghoul Stars. The Ecclesiarchy has gone through a number of associated purges, often using their own purging infrastructure. Those that remain tend to be either young and wildly passionate or old and utterly craven, and are often seen heralding the Empress’ arrival with bellowing shouts as she is carried towards her foes.

Rumours eventually reached the Empress that the Avenging Son had returned – that Roboute Gulliman, master of the Ultramarines, stood upon the galactic stage once again. She demanded that he report to her and kneel before her Golden Throne.

This posed something of a problem for the staff assigned to procure a viable Primarch for the Empress to parade about. They eventually resolved this problem by summoning and binding a Daemon Prince with roughly the correct colour scheme.

Bases: Cut the cardboard box the models come in into little squares, paint them black and white, put some astrogranite over the cracks and wash the whole thing in nuln oil.