How to Paint Everything: Picking a Custom Colour Scheme

In our How to Paint Everything series we look at how to paint well, everything. In today’s instalment we’re looking at how to choose a custom color scheme for your models and make choices that will look great on the table.

Whether it’s a new year, new army or buying in on the latest of several brilliant new codexes I’m sure a lot of you are in similar positions to me. Staring at a pile of plastic and wondering what colour to paint it. Sure, GW is great at providing several official colour schemes and most of them have videos on how to paint them. But you’re not here for that, you want to be different, you want your own custom colour scheme. But you have no idea what it is… I’m currently deciding on my Drukhari colour scheme and thought it would be useful to talk about how I go about picking a colour scheme.

Look at the models

This is an important first step. If, like me, you’re looking at an Aeldari faction you’re going to have several sleek, curved vehicles. If you have an airbrush this is an excellent opportunity to do some cool fades. If you don’t then you may find that kind of colour scheme both time consuming and hard to achieve. If you’re doing a marine army you might find that fades aren’t where it’s at and that colour blocks with edge highlighting are what’s going to look most effective. 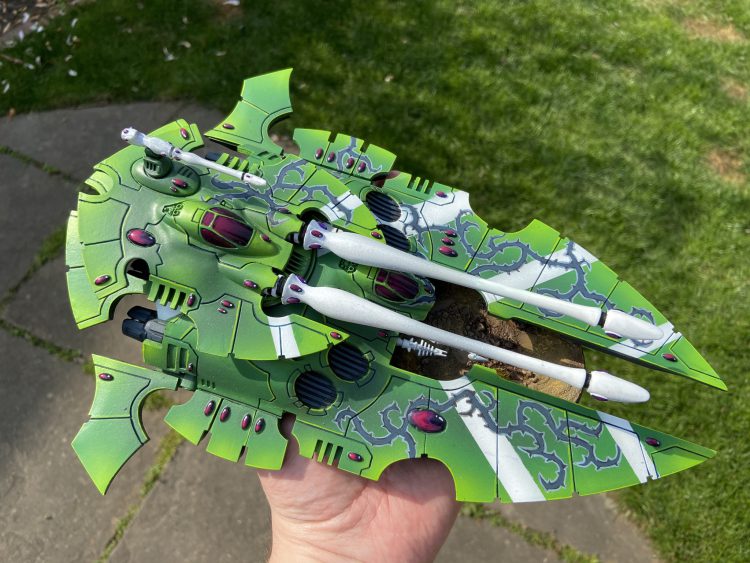 And how much of your army is actually going to be vehicles you can use things like fades and stencils on? It’s all very well deciding you’re going to do an army based around an awesome honeycomb stencil but if you have two vehicles and 100 infantry you’re going to have to come up with something that works for both.

My favourite way of doing this is browsing Pinterest. I’ve spoken before about how I like to build up a board for each project. The method is simple, I search for things like “Drukhari”, “Dark Eldar Models” e.t.c and save anything that I like the look of. I also don’t limit myself to just the faction I’m interested in, I’ll also look at things like Harlequins and Eldar which will have a similar aesthetic and see if there’s anything there which fits what I want to do. Once I’ve got a nice selection of saved pins I’ll go through them all and have a serious think about what I like about each one and whether or not I’m capable of either replicating it or using it as a starting point. Whilst it’s easy to end up with a board full of amazing freehand models that’s not the sort of thing you want for painting an army (unless you’re insane of course). I’m not necessarily advocating entirely copying a scheme exactly but it is a great way of saying “ooh, a grey scheme with black transfers looks cool”. I tend to end up finding that I want to do a particular colour, for my Drukhari I settled on a “really dark cherry red” as something I’ve never done before and something I think would look awesome.

Here is the Pinterest board I used for picking that scheme

If you have a look through my saved pins collection you’ll see that I have a board for most armies!

Time to hit the books nerds! Actually, colour (or color if you’re American I guess) theory can be quite simple to use. I won’t claim to be an expert here, but I use a colour wheel quite often to pick accent and spot colours.

For my Drukhari, we’ve established that I want a red colour scheme. But obviously there’s plenty of other colours needed for gems, tattoos, cloth, power weapons e.t.c

When looking at the colour wheel, there’s a few options to choose from

This means picking the colour opposite your main colour. With my example this gives us a red and turqoise scheme. 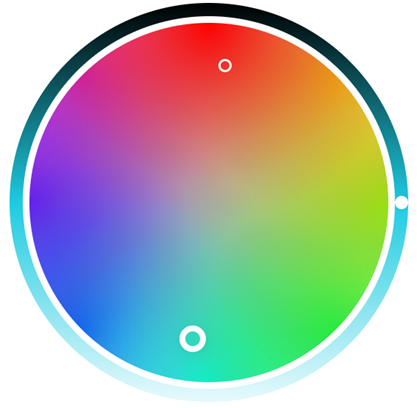 This can be quite stark, but will mean that the turquoise bits “pop” the most against a red model

Rob has helpfully shown some examples of Complimentary colours below

There are several great colour wheel tools on the internet, I recommend this one https://www.canva.com/colors/color-wheel/

This means picking colours either side of your main colour. In this example this gives us orange and pink 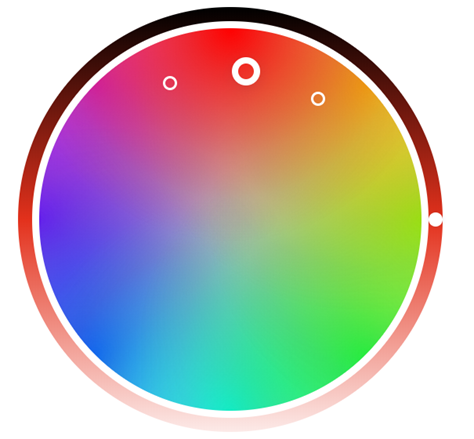 This can be quite useful for picking a more natural army, such as beasts, tree men e.t.c. where you don’t want the difference in colours to be quite so striking.

This means picking a triangle of colours 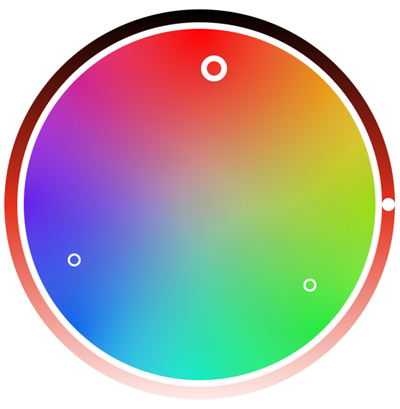 In our example this gives us blue and green. This will give you a very good selection of contrast. What I generally do is to pick two of these as my main colours (for example a red army with glowing green power weapons) and then use the third colour as an accent, so use it on smaller parts like gems.

As someone wise once said to me “basing is like a third of the model”. It’s really worth considering what basing you want to / can do on your models and trying to include it in your colour theory. Want to do a red martian base? Maybe don’t pick pink as your main colour for the army, although a turquoise scheme would look excellent on it.

If you come to the conclusion that your models would look great on cobblestones, that’s awesome, but make sure you can either a) make cobblestone bases or b) afford enough resin ones to cover your whole army.

For my Drukhari I had several hundred pounds worth of resin bases sat in my shopping basket before I finally found a good idea for making my own woodland themed bases (as I felt the dark green and grey would work best with my dark red models).

I learned this the hard way. Several years ago when I was younger and more foolish, I spent several weeks building my brand new Custodes army and decided that I wanted them to be metallic purple and having just bought an airbrush I took my bottle of purple and sprayed several layers of it onto the army. Now, obviously it wasn’t finished but I took it along to a gaming night and my mates said “that’s a… bold choice”. The more the evening went on the more I looked at the army and thought “I have made a terrible mistake here.” Now, obviously it’s only toy soldiers and they can be stripped but it is rather depressing taking your exciting new army and having to strip every single model a day after you’ve finished building them. Plus the entire army to this day still smells of Dettol. Don’t be like me kids – take the time to paint up a test model and try your scheme out. In addition to giving you a visual example of how the scheme is going to look, painting a test model will also help you get a feel for the process, so you can streamline and improve your methods for painting the scheme on future models.

Picking a custom scheme can be daunting but it’s well worth the time and effort once you settle on something that looks great and sets your army apart as unique. If you’ve got a custom scheme you want to share with us, feel free to tweet at us on Twitter via @goonhammer – if we like your scheme we’ll repost it in a future Content We Liked. And as always, if you have any questions or feedback, drop us a note in the comments below or email us at contact@goonhammer.com.