You will have seen my Orks before in either my army showcase or the previous version of my HTPE from a while ago, but my scheme has seen a few revisions since I did that write up so I thought it was time to get it up to date! This time we will look at the detail festooned Kommandos, but I will be back to do a separate article on the Kill Rig once that gets in.

Step 1 – Base Coats and Washes

With the number of small metallic details on these models I like starting with that for the initial colour with the airbrush, I have been using Vallejo Metal Color Exhaust Manifold for this but you can probably take your pick of Citadel metals or a metal rattle can primer instead.

After that I wash them with Nuln and drybrush with Iron Breaker before doing any other colours, I prefer to do this as it means I can use a large wash brush and drybrush to save a bit of time. After that the VMC Brass and Balthasar is applied where you prefer and then washed Agrax. While you can do the bullets sticking out of their shells any colour you desire, I have been just hitting them with black templar as that will look suitable even if you were a little messy with the brass and agrax.

If you want to cut out a few coats you could do the copper with Gore-Grunta and the brass with Snakebite over the base steel, it will save you a not insubstantial amount of time!

Rustables go in the brown bin

Next up I do the main blue panels in Sotek washed with Drakenhof, again the idea here is that since the red and yellow details are on some of the blue panels it avoids dirtying those colours with the blue wash. Once the secondary armour panel colours are on and washed with Agrax, you can move on to corrosion and rust.

For verdigris, I usually water down the Nihilakh a moderate amount as its too intense straight for my taste. The rust is just super watered down Skrag, it should be similar to a wash in consistency, but without a surface tension breaker its not really one. Once thinned it is placed approximately towards the bottom of panels, if you have it thin enough it will mostly settle appropriately. Note that I left the Skrag off stuff like dynamite that wouldn’t rust, but should still be a secondary colour.

This part is pretty straight forward, base the ork skin with VMC Golden Olive, wash Biel-Tan and push the shadows in extreme recesses with Coelia. The squig skin will just be Daemonette Hide washed with Drakenhof for now. While we are going to come back later for highlights, this is a perfectly reasonable end point for ork skin if you want it to be nice and simple.

Base coat all 8 billion other small details

This is the point at which colours really start to get out of hand, but lets get into what goes where here:

We have a ton going on here, so I am gonna list it out rather then throw endless paragraphs at you. I would also suggest that rather then going buck wild with highlights like I do you can just pick your favorite of the ones I am using stop there!

Take a breather, as we have a lot left!

Onto the skin and related details!

That’s all the highlights done! Too bad there’s still a few details left…

The pilot light starts as pure white with a bit of blue feathered into it to look suitably hot. The dirty fire is a sequence of the yellow through black each feathered a bit into the last. When I say feathering, I mean taking a completely dry soft brush and gently pulling from one colour into the other to get a smooth transition.

Don’t mind that these are a little rough, as its the first time I have actually used oil paints since art class in highschool, but I am pretty happy nonetheless!

The bases get covered in Dark Earth with some slightly pressed down to form the river/lake, then once it’s dry the banks get washed Agrax and the bed Wyldwood before a drybrush of Steel Legion. I usually varnish once I finish the bases to avoid having to re-gloss the river or having tufts go funny looking, for that I have been using Vallejo Premium Air lately but Mecha Matte is good too.

Now it’s just finishing the water off with a nice thicc coat of gloss varnish, painting the rims Dryad and hucking a bunch of tufts on. I am currently using these tufts all from Gamers Grass:

With that you are done and get to admire your models! 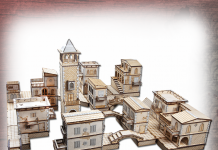 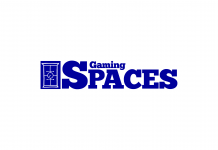 How to Paint Everthing: Be’lakor