I’m just going to put this out there: next time you go shopping for warhammer stuff, you should go right out and buy the biggest model your army has. If this seems like a bad idea, trust me, it is, but you should do it anyway. Don’t get one even though it sucks. Get one because it sucks.

Due to the way the game works, you’re never going to get as much mileage out of one big tank as you will from three small ones, but consider: literally anyone can put down three small tanks. You see regular tanks all the time, that is chump hours to play with regular tanks. But a big tank? Reader, you have The Soul of a True Champion.

I mean, not literally a champion – there are never enough guns to balance out having a third of your army wrapped up in a single model, no amount of Wounds or Toughness that can be stacked on one model to prevent it getting shamefully owned. Big models almost never make their points back, and even with the changes to the detachments that make it cost 1CP instead of 3, you’re fighting an uphill battle as soon as you put one of them down. They’re very bad, this is a bad idea! But that’s why they call it bravery.

Also, Knights don’t count. Whom amongst us has not seen a Knight, even a full Knight army? That is played out, the most threadbare superheavy blanket in the cupboard. Get outta here with that, it’s weak. No one has their wig blown clean off their head by a Knight army in the year of our lord two thousand and twenty one. We’re done with Knights! Baneblades are still cool though, and I flatly refuse to explain this discrepancy.

Big tanks are huge and angry, and they rule. Yes, it is an unreasonable amount of money. Yes, building and painting the damn thing will be a horror show. No you won’t even use it in most games and no, you can’t deploy it. Instead of normal movement it’ll spend two turns bonking off of terrain like a plinko ball before exploding. Look, think about it like this: you’re gonna lose your big tank, but generally speaking any unit on the table has slim odds of surviving a full 5 turns. Why not put something down that picks a group of enemies and effortlessly turbo-dunks them deep into the earth’s molten core, precisely one time, before it blows up and takes out half your army.

Here’s what slaps though: games are going to be very fast, because you will have gone out in a blaze of glory. You will have plenty of free time for Activities, such as standing around with a baking sheet covered in very expensive models, waiting for it to buckle and tip your resin out onto the hard uncaring floor.

I’ve used my Warhound in exactly one game since I painted it. It lasted less than one full turn. I had to beg the two Ork players to stop shooting at it, as there were no saves left to make and I was failing all of them anyway. Those dudes can go straight to hell, by the way. It remains the only time I’ve had random people come up to me at the game store and comment on my models. Obviously it had nothing to do with my painting and more to do with just the sheer size of the thing, but even grading on that curve, I’ll still take the dang compliment. I did feel a tiny pang of guilt when a woman came over with her son and asked what the thing cost. Sorry ma’am, but I was only evasive because I didn’t want your kid asking you for one later.

I also have an Astraeus, which we’ve talked about on this site before. No one has ever accused Warhammer of being a practical thing to do, but I’m not sure there’s a worse use of money, short of straight up setting it on fire or buying Dogecoin, than throwing three hundred and fifty dollars at that thing. I don’t care. It’s an incredibly sick piece of resin, and I truly, deeply, love it.

Plus, look at it from the other player’s side – “fun” isn’t a zero-sum game, there’s not a finite quantity of enjoyment to be mined from any game that you have to guard like a wizard’s precious gold. If you can give someone else the experience of fighting, and more than likely casually annihilating, a super-heavy, you’re really doing them a favor. It’s almost cruel not to. You monster, how dare you not plop down a humongous robot like a moron and let someone hoot and holler when it dies. Absolute sicko shit, to withhold like that. Have you ever seen a Thunderhawk in real life? You haven’t, no one has. Imagine it right now. Go into your mind palace and find the warhammer room, then picture someone rocking up with a mondo jet and you asking them if you can make zooming noises while you run around the table with it. Insanely dope.

What’s great is that any army can do this. The Imperium is lousy with the things, which means Chaos gets a few too, but even Xenos can get in on the action. I’d love to see a Tyranid Hierophant, or one of those Dark Eldar tanks that’s just three Raiders bolted together like a goth catamaran (ForgeWorld had a mandate, apparently, to shoehorn a superheavy into every army, even when it made no sense, or if it was dumb as hell). The Ta’unar is a downright bargain at a thousand points of wildly thick thighs and guns that I don’t know what they do, and they have the Manta, but my hobby white whale remains tracking down an Orca. No one ever bought them and they haven’t sold it in years, so even if you could find one the rules are trash and the model isn’t actually very good, but that’s not the point. No one else has one, and so I want one.

And yeah, I get it, not everyone can throw a paycheck or two at ForgeWorld for something they don’t even want, won’t ever use, and shouldn’t have used if they did. But the world has enough Impulsors in it. We hit the maximum legal amount of extant Ravagers a few months ago. Knock it off! The world needs another Eldar Revenant more than it needs someone kicking around going 4-2 with an on-meta build. Do you want to be just another player, or do you want to be a true hero? Are you bad enough to buy the big tank? Are you? 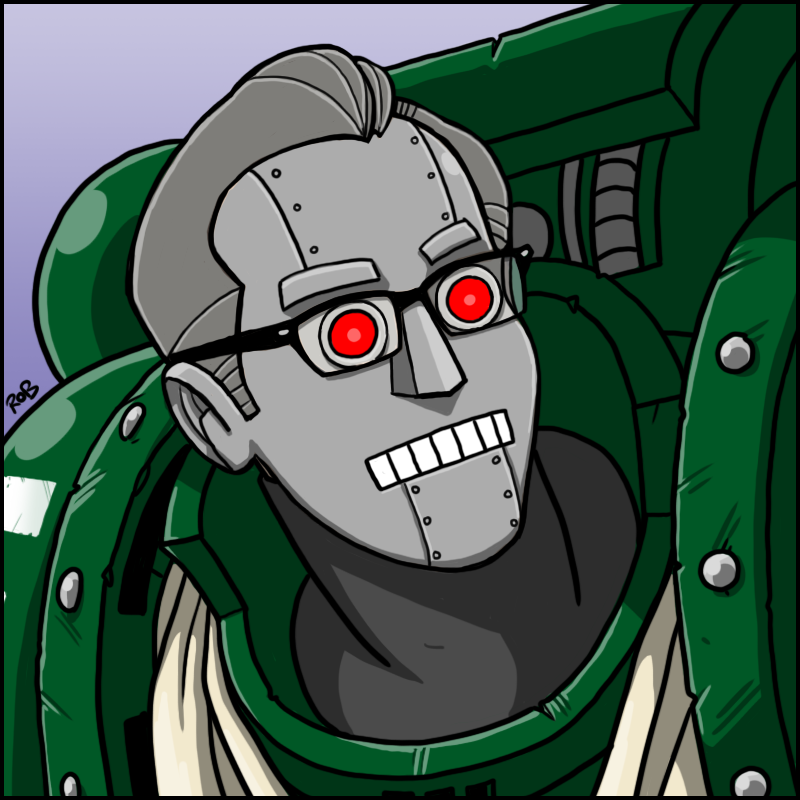 Editorial: Where did all the FAQs go?