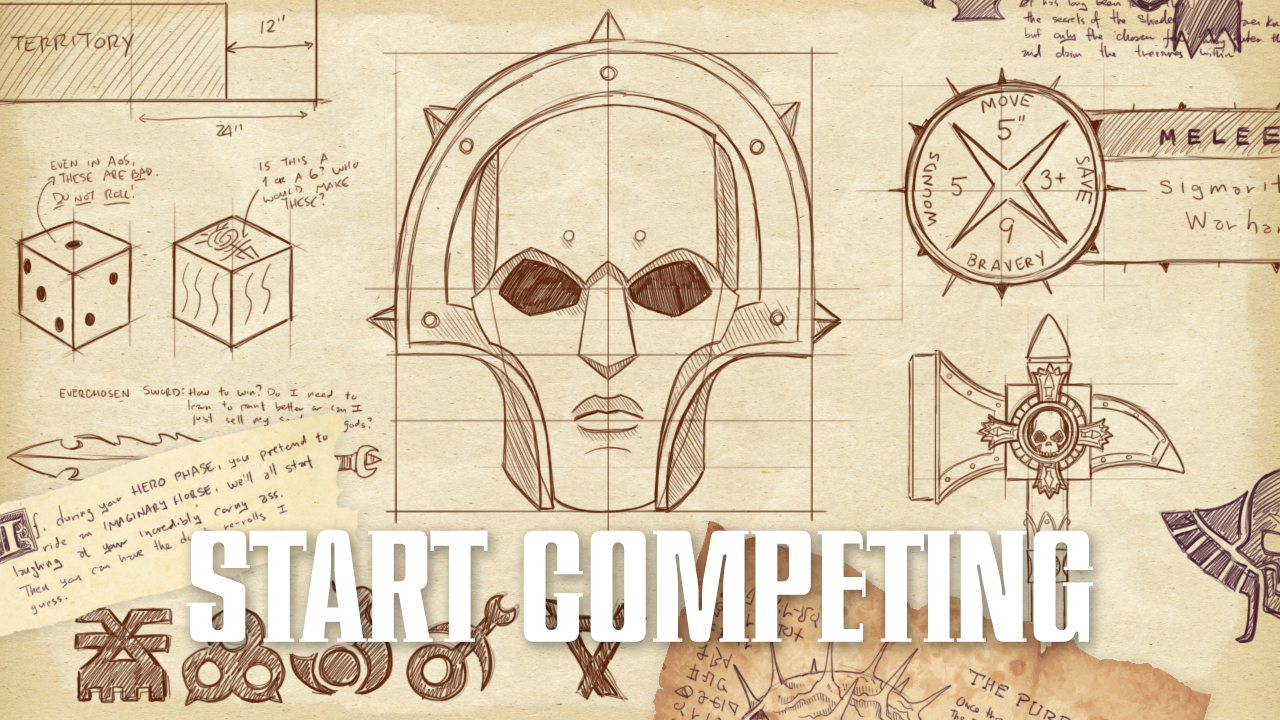 The March issue of White Dwarf brought with it some new rules for Ironjawz players, giving the Ironsunz sub-faction access to three exclusive Warscroll Battalions that help encourage thematic armies that fit the fluff of the sub-faction. Today we’ll be covering these battalions and discussing their rules as well as impact on matched play.

This battalion is a mega battalion and will never see play as it’s beyond the scope of 2000 point games. For that reason this battalion doesn’t merit discussion in the context of matched play, which is normally 2000pts or less.

Note: This battalion is Ironsunz only and only 1 can be taken in an army.
220 points

Da Boss ‘Imself: Dakkbad must have the Right Fist of Dakkbad command trait (+1 command point at the beginning of battle) which is somewhat amusing when you stop and consider the fluff ramifications (Dakkbad is the right fist of Dakkbad huh?). In addition, while Dakkbad is on the battlefield at the start of your hero phase, you receive an extra command point on a 4+ dice roll.

Battlescarred Veterans: Add 1 to the Attacks characteristic of melee weapons used by models in this battalion (including mounts).

With the chance for roughly 2-3 extra command points over the course of the game, this is nice for a faction that is thirsty for CPs due to powerful command abilities like Mighty Destroyers.

In addition, the Battlescarred Veterans rule is a great force multiplier that you don’t often find in battalions, though as always these types of buffs work best en masse and this battalion is lacking in bodies, meaning you can’t take too much advantage. This problem is compounded by the sheer cost of this battalion, costing a minimum 1260 with only 2 Brute units.

Finally and perhaps the most damning indictment of this battalion is that it requires the use of two rather lacklustre units in the Megaboss and Orruk Brutes. Megabosses are fine but they’re outshone by their behemoth version and in general foot combat heroes without fantastic support abilities are skipped over in competitive AoS, especially when those points could be spent on Warchanters which are easily one of the most powerful warscrolls in the book. Brutes on the other hand are outshone by ‘Ard Boys, who fulfil the same function but scale better with buffs and rather crucially have a native +2” to charges with their drummers.

I think that this battalion is a fun option for casual games if you have the models, or as a quirky meta choice if you expect to face lots of elite models (due to +1 to hit against wounds of 4 or more) or a lower model count is to your advantage (fringe benefits like Tzeentch flamers not gaining their bonus to hit against you), but I think having to sink 300 points in two largely useless Megabosses really hurts the viability of this battalion in an elite army that wants to squeeze as much value out of what it has as possible.

Note: This battalion is Ironsunz only and only 1 can be taken in an army.
150 points

The Aspirants lose their Ironsunz Kunnin’ (-1 to be hit in 1st battle round) and gain… immunity to battleshock while within 18” of Moggorz or the Krew. While immunity to battleshock is certainly useful, Ardboys already have 8 bravery and with their high save you’re usually looking at either a few models dead (so BS immunity doesn’t matter), or they were smashed by a hammer unit and they’re all dead (so BS immunity doesn’t matter). If this was a bonus in addition to Ironsunz Kunnin’ we would be cooking with gas, but losing that -1 to hit is a big blow when there’s so many turn 1 alpha armies floating around right now.

The other unfortunate element at play here is that we’re suddenly playing in the same sort of battalion composition space as something like Ardfist, which swaps out the bad Megaboss for the great Warchanter and gives you a command ability that’s far more impactful on the game, or Ironfist which gets you free uses of Mighty Destroyers which is the command ability that really drives this army.

Battalions are at their best when they’re either a) incredibly flexible, allowing for low drop armies while including all the units you want to take, and/or b) incredibly powerful, granting abilities that really change the dynamic of the army and allow new playstyles. Unfortunately I don’t think either of these two matched play battalions get there. If Brutes and/or Megabosses on foot were a little cheaper I could see the Boss Fist battalion becoming an appealing choice, but unfortunately the requirements are prohibitively expensive and include too many questionable units.

White Dwarf is a great source of supplemental rules for Games Workshop games, and I think it’s probably healthier for the game in the long run if they erred on the side of caution when designing these rules. To use an example from 40k, Assassins were updated for White Dwarf and saw an immediate impact, in fact they were so pushed in terms of powerful rules that it was a no-brainer to put 85 points and a command point aside to have access to such a versatile toolkit. Locking powerful options behind magazines that are only on the shelf for a month is unfortunate, as is making options nigh-mandatory and reducing the overall variety found in army lists.

All that being said, I think these are really fun battalions because they promote usage of non-typical units and give options to players who for whatever reason own a lot of Brutes. I would love to see Brutes rocking the top tables as they are some great, characterful sculpts and for that reason I would love to be proven wrong.