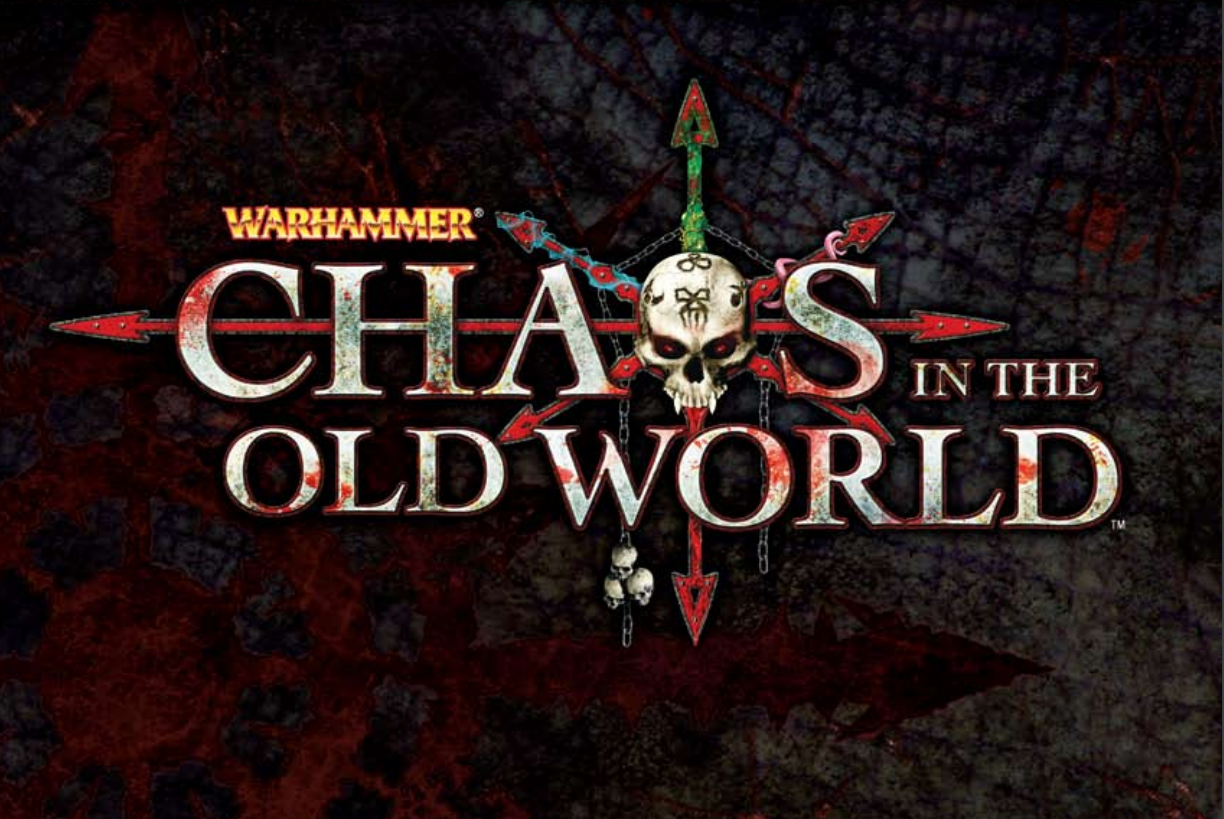 Regular readers of our site are probably well aware by now that most of us here really like Warhammer. And I mean really like Warhammer. Hell, it’s half the name of this website. And we’re not just talking about the games themselves—we are nearly uniformly huge fans of the setting material as well. Liam can go into as much detail when explaining the finer points of Crimson Fists force disposition in in-canon deployments as he can when explaining how those deployments should look on the table. Greg will never shut the fuck up about Dark Angels, and Rob might actually be a devotee of the Chaos gods by this point. On the Age of Sigmar side of things, Alice can wax lyrical about the virtues of the Legions of Nagash for as long as you’re willing to listen, and Raf spent an inordinate amount of time converting custom Fantasy Crocs for his Mega-Gargant to mark it as a veteran of the Sole Wars. And don’t even get me started about Titans. Or Battlefleet. Or Iron Hands. Or–you get the point.

That being said, sometimes, I’m just not feeling a wargame. Whether it’s because I don’t have the time, my opponents don’t have the inclination, or I’m just burnt out from having played multiple games in the past few days, every once in a while I’d like to do something other than push my little plastic soldiers around. But that doesn’t take away from my love of the setting material, and I’m always on the lookout for games that let me share these worlds that take up so much space in my brain with people who might not otherwise give them a look.

Enter Chaos in the Old World.

The End Times are here

The pitch for Chaos is simple: the Old World is ending, and the ­tenuous alliance between the forces of the four Ruinous Powers has broken down as each puts their plans to betray their siblings into motion. You take the role of one of the four Chaos gods (or, if you have the Horned Rat expansion, the, uh, Horned Rat), summoning your demonic followers to various regions throughout the Old World and fighting with one another for dominion over what’s left of them.

Actually winning the game is a bit different from most area control games, though, as it sees you tracking two separate victory conditions. The first is a “standard” VP counter which you score by having the most resources surviving in a region after combat (“Domination”) or by having committed the most resources to despoiling a given area when it finally tips over the edge into outright Chaos (“Ruination”). Once someone breaks 50 points, the game will end after that round. At that point, if you’ve got the most points, you win.

The other victory condition comes from the four dials in the corner of the board. If you can get yours rotated all the way to the end, you win – even if someone else got to 50 points that round. What’s interesting here is that each player has a different way to advance their dial, and each one ties into their theme.

Of course, as with any area control game, you’re time-limited here: a mere 7 rounds (8 if you couldn’t find a 4th player) before the denizens of the various territories you’re fighting over are able rally and exploit the fractious nature of Chaos to take back their homes, staving off disaster and causing all the players to lose.

Whichever victory condition you decide to go for, to get there, you’ll need to deploy your resources to take control of various regions and throw as many wrenches as possible into your opponents’ plans. To that end, each player has a set of units it can summon to the various regions on the board and a deck of Chaos Cards. These represent magic spells, underhanded schemes, and other tricks and tactics you can use to swing things into your favor. You’ll find yourself with a set amount of resources each turn that you can spend to summon your forces across the board and play Chaos Cards to confound your foes.

But while the basics are the same for each faction, the specifics quickly diverge. Each god’s set of options is different, from the contents of the Chaos decks, to the stats on their units, all the way down to the number of units they have in their supply.

These differences are profound, and fundamentally change the way you’ll find yourself playing each faction. Nurgle’s kit lends itself to spreading plagues through the most populous regions on the board and keeping the corruption flowing as widely as possible with their cheap and plentiful units. Tzeentch will sling spells at a rate their competitors can’t match, even as they rack up dial advancement off of the magic they unleash. Slaanesh is more of an opportunist, looking for the opportune moment to tempt enemy forces away and tilt things in their favor, often opting for more subtle ways of getting ahead. And your Khorne player will just be happy to be here, so long as “here” is somewhere they can get into a fight – after all, the Blood God cares not from where the blood flows, so long as it flows.

This is all in service of the game’s themes, and boy do they shine through. Even the game board is thematically appropriate, with its map that looks like it was tattooed onto flayed skin, and the subtly evil looking markings all over it. You’ll find that it’s honestly hard not to get into the role and play the part of your god of choice, since everything about the game is calculated to nudge you in that direction.

There’s a moment in my most recent game that really shows how this game can shine. Slaanesh had taken control of Tilea, which had a noble token, and was racking up points and dial advancement tokens between that and contesting some other areas. This resulted in a handful of Daemonettes and Slaaneshi Cultists sitting there for several turns, a prize Khorne eventually found too tempting to resist as he deployed some Bloodletters to pick a fight. It turned out that this wasn’t unexpected, though: Slaanesh played a Chaos card that prevented a battle from occurring that round, ensuring that his Cultists would survive to get him a dial advancement token.

At least, it would have been assured, if I weren’t playing Tzeentch. I played a Chaos card that cancelled his card, freeing the Bloodletters to fight once again, eliciting gleeful laughter from Khorne and groans from the rest of the table. I sat there, basking in my victory, smug with the knowledge that I had taken away Slaanesh’s ability to go for a dial advancement victory.

Then, in a twist that the Changer of Ways himself couldn’t help but appreciate, Khorne rewarded me for my help by killing my cultists in the region. Of course, it all wound up being irrelevant, because while the rest of us were busy scheming, Nurgle ruined a couple regions in a row and scored about 20 points in a single round to push himself over 50 for the win. Whoops.

My copy of Chaos in the Old World is beat to hell – it’s one of a handful of games in my collection that have hit the table so many times that the box is starting to fall apart on me. And there’s a reason for that – it’s a phenomenal experience, even if you’re not a fan of Warhammer. That being said, it’s somewhat heavier, with games typically lasting at least a couple hours, especially if one or more of your players is still learning. But if you’re looking for a brain-burner of a game with plenty of replayability that’s just dripping with theme, you’ll be hard pressed to find a better fit.

So where do I find it?

There’s a bit of a hangup there, unfortunately. Unlike most of the board games we review here, this one is out of print. If you really want to play it, copies float around on the secondary market, but they tend to command a pretty hefty price, as does the Horned Rat expansion, which introduces a 5th player as well as alternate Chaos and upgrade decks for each of the base game’s 4 factions.

This game didn’t just appear out of nowhere, though – it’s made by Eric Lang, a 20+ year industry veteran whose resume reads like a Tabletop Gaming Greatest Hits list. In addition to Chaos, he’s worked on Blood Rage, Rising Sun, Arcadia Quest, and a whole pile of other outstanding games. Take a look through his work; it’s hard to go wrong.

If Chaos sounds like something you’re interested in, check out Blood Rage or Rising Sun – they’re both outstanding area control games that are evocative of Chaos, while still being unique games in their own right.

As for me, I can’t wait for this pandemic to be over so I can gather my friends around the table and bring this old warhorse’s box one step closer to finally coming apart. And if that’s not a solid recommendation, I don’t know what is.