Hello again and welcome back, readers! If you’re just joining us, we kicked off our review of the 2019 Kill Team Annual last time with a look at the core contents of the book and a look at the new stuff for the Chaos factions, covering Daemons, Heretic Astartes, Death Guard, Thousand Sons, and Servants of the Abyss. This time we’re talking about the Imperial factions in the book and how they fared, which means we’ll be covering the all-new Adepta Sororitas, plus Custodes, Space Marines, Astra Militarum, Adeptus Mechanicus, Deathwatch and Grey Knights.

Similar to last time around, there’s a lot to cover so we’re gonna dive right in. We’re saving the really detailed faction overviews for our Kill Team Tactics articles, so today we’re just covering the new stuff and changes to each faction. We’ll eventually be updating our faction tactics articles to include all the new stuff as well.

Aside from basic Space Marines, who have by far been the best-supported faction in the game, most Imperial factions haven’t seen a ton of support. Astra Militarum and Grey Knights in particular have fallen by the wayside, and Adepta Sororitas have been a noticeable omission through the game’s lifespan. With the annual, we finally get Sisters of Battle Kill Teams, and stratagems for every other Imperial faction to help shore things up.

The true new faction introduced in the Kill Team, the Sisters of Battle finally have rules for building and fielding their kill teams. There’s a lot to cover here, such that, in a bit of a cop-out, we’ve moved our analysis of Adepta Sororitas to its own article for early next week. While you wait for that, here’s the basic rundown: Adepta Sororitas get the basic rulebook treatment here, with 6 Tactics for their faction, no access to subfactions (Orders), 3 unit choices (Battle Sisters, Sisters Repentia, and Arco-Flagellants), and 2 Commander options, the Canoness and Repentia Superior. It’s a little disappointing to see Sisters of Battle not get a fully-realized Kill Team with elites options, but it does leave us hopeful that a full Sisters of Battle release could be in the works for early next year as the army’s multi-part kits are released. Anyways, check back early next week for our detailed write-up of Adepta Sororitas Kill Teams.

The only significant update for Adeptus Astartes is Death Denied going to 3 CP. which is a significant nerf. It’s now a little harder to build a strategy around a single powerful model, but Marines have a lot of other good stratagems so I don’t see their overall power level being impacted that severely. We’ve covered Adeptus Astartes in detail in our faction review here, and the annual also reprints the newer Vanguard unit datasheets for them, which we’ve discussed in detail in our review of those rules here. Otherwise, there wasn’t much new for the faction that already had the most tactics and options.

The Annual includes a few extra pieces that were printed in White Dwarf, like the new Intercessor data sheet with Power Fists and Thunder Hammers, Incursors and Eliminators. The big miss here is that Errata changes to the Intercessor datasheet (adding the medic specialism, giving the Auxiliary Grenade Launcher long range penalties and adding an Auspex option) were not carried over, which, as with Chaos Space Marines losing the Combat specialism, we are assuming is an error. But it’s one that will need to be corrected with a new/revised FAQ, unfortunately.

I hope you Custodes players like tactics, because hoo boy did you get a pile of them. No other changes, though. The new batch are mostly decent, and a solid boost for every player who has long gotten past the burden of being “the guy who brings Custodes to games of Kill Team.” For a more detailed look at Custodes in Kill Team prior to this release, check out our faction guide here.

Adetpus Mechanicus already had a ton of tactics, including a set exclusive to each of the original starter box and their newer box set. All of these tactics are now printed in one convenient book. And if that wasn’t enough, they also pick up two more tactics that make their electro-priests even scarier. We recently covered Adeptus Mechanicus Kill Team tactics in our write-up last week, and you can check out that guide here.

Astra Militarum Kill Teams got two new tactics to support their efforts; one for their frag grenades and one that’s exclusive to Sly Marbo. We’ve already covered Astra Militarum in our guide on them, so if you want to read more about those teams, you can check that guide out here. 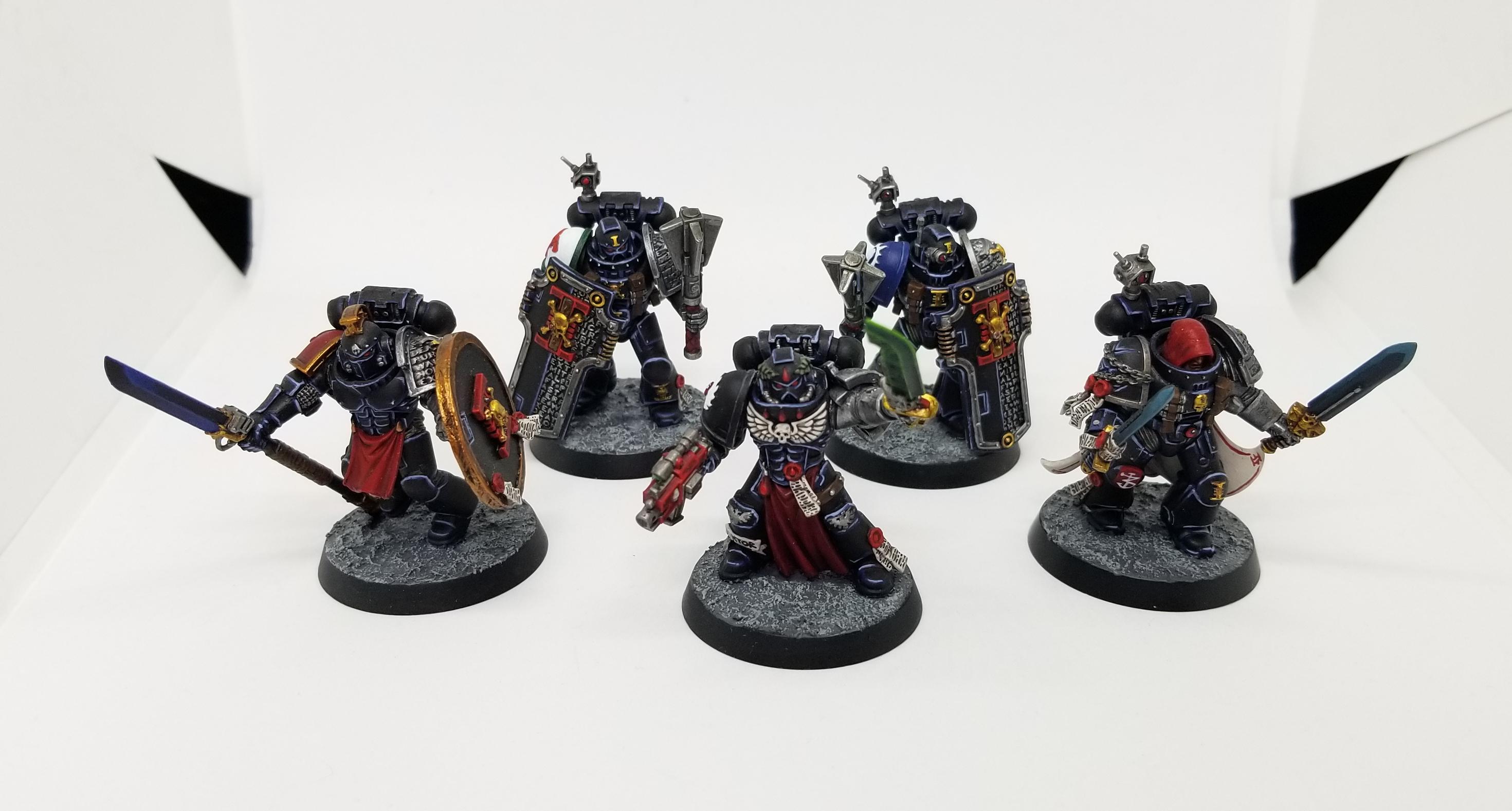 This book codifies a few updates from different sources like the updated Intercessor datasheet and additional tactics, but there are no new changes. That’s largely OK, because Deathwatch are still the coolest faction in Kill Team, although far from the most powerful. We’ve already covered Deathwatch kill teams in detail in our guide, which you can check out here.

Being one of the factions without a box set, Grey Knights received a number of new Tactics. They’re on the more expensive side but some are reasonably strong, so you’ll want to keep them in mind.

Sadly, the Starstriders get no support in the 2019 Kill Team Annual, outside of seeing their points costs reprinted. Same goes for the Gellarpox Infected, who we neglected to include in our review yesterday. This is a shame, because they’re a cool faction and it’s not a good sign if GW is sidelining the only two factions it has created exclusively for Kill Team less than a year after their release.

That wraps up our look at the Imperial factions and their new toys. Join us in another day or two for the final part of our Kill Team Annual 2019 review, when we look at the Xenos factions and how their new tactics stack up and affect their game. And as always, if you have any questions, notes, or feedback, feel free to drop us a message in the comments below, or email us at contact@goonhammer.com.