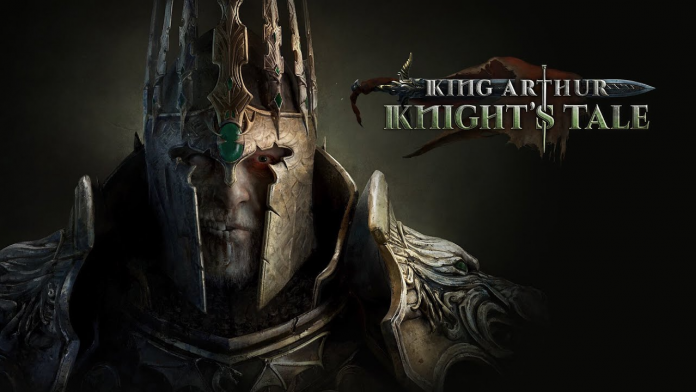 The short version of the review is: It’s good. It’s medieval XCOM that doesn’t fuck it up. For a lot of you, that’ll be all the recommendation you need.

In 2009, Hungarian studio Neocore Games were deciding what their very first game ever was going to be. They had a minimal budget and no previous titles to their name. Then someone in that meeting put their hand up and said “Hey, we should do a Total War game.”

If you’ve ever played a Total War game you’ll know immediately why that is simultaneously the best and worst idea possible. Total War is a one of a kind franchise, built on the iterative developments of twenty years getting deep into a single genre. Each title is more enormous and complex than the ones that came before it. Each title is full of bugs, glitches, bullshit and awful game design choices. There’s nothing else like it. It’s a series that cries out for a challenger, for a different studio working on the same concept, coming up with new ideas that can push the genre forwards. It’s a series that no other studio could possibly handle because it’s some of the most complex and technically demanding work you can ask a computer to do.

Put it like this. When the guy came up with that suggestion the monkey’s paw curled into an entire fist.

But they did it anyway, the mad lads. For their debut title they challenged the largest and most entrenched strategy game series on its own turf. And this wasn’t some cut down little version of the title, a focused experience where they tried to get one or two mechanics right – no, they aimed for the stars. They tried to integrate heroes, magic and monsters into their game seven years before Total Warhammer came out. They included a moral choice axis and little text based adventure games where you could send your knights on quests. The hubris was frankly unbelievable. It was like challenging Poseidon to a duel in the ocean.

So, the game was a disaster, naturally. The crashes were the biggest killer. A lot of bad game design choices can be forgiven if you can actually play the game, but there was a basic hurdle to clear and they didn’t make it. But the thing that stands out in my mind wasn’t the crashes, it wasn’t even the ambition. I’ve seen studios with more ambition than sense before and played games that clearly weren’t ready before. What caught my attention was the fact that they’d taken out the morale system.

If you haven’t played Total War, when units take damage they’ll break and flee – and then perhaps rally and reform later. It’s an absolute staple of the flow of battles; lines will break and then troops will trickle back into the fight later. When a fight was decisively lost the entire army would flee en masse, ending the fight. And it was clear that something similar had been planned for this game – there were a few surviving references to the mechanic in tutorial missions – but it had actually been removed entirely. They just hadn’t gotten it to work and so they instead committed to a reality where soldiers fought to the last every time.

And that really stuck out to me as a choice, because that’s a move that telegraphs so much frustration. You’re out here trying to steal Total Warhammer’s thunder seven years early with your huge brain passion project on a minimal budget and you can’t get the morale to work right. It’s a fundamental system but you’re out of money and you need to ship something so you’ve just got to bite the fucking bullet. You’re going to release a buggy piece of shit either way because your ambitions were always larger than your entire head, but now you need to go into the guts of the engine and rip out a core feature, admitting that you could not do it. You could not replicate Total War. It was always a fool’s dream.

But then, they made the call to remove it. They didn’t leave a half-finished system in place. If this was what we got there was an alternative that was worse. The absence of the morale system is like finding a gnawed-off foot in a bear trap. That’s an incredibly powerful lesson for any studio to learn.

And that’s what brings me, finally, to King Arthur: Knight’s Tale. 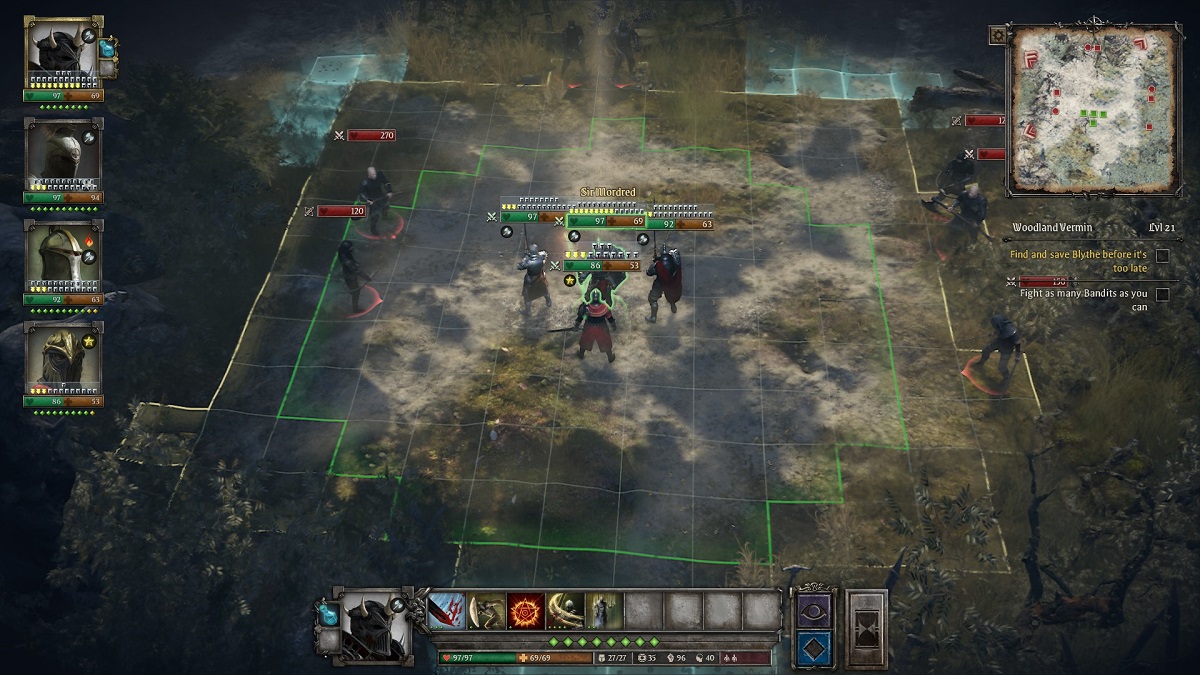 This is a game that was made on a budget. No matter where you look you can feel it. Corners were cut. But this time the cutting of corners is exceedingly deliberate. The team clearly learned their lesson from last time and thought long and hard about exactly what they were going to spend money on. The ruthless discipline of that mindset winds up producing a game that, breathtakingly, fulfils promises that should be beyond their reach. 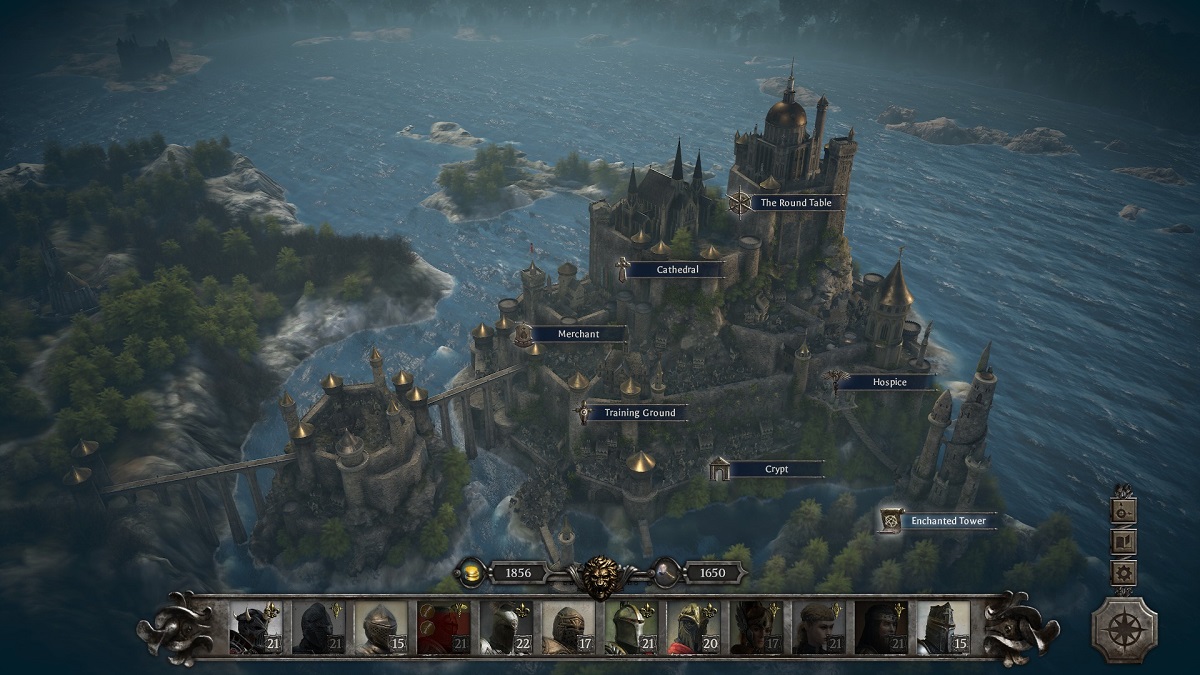 Here are some examples.

The voice actor for Mordred, the protagonist, is amazing. He speaks in a deep, throaty growl. The first couple of knights you meet have really strong voice actors too. And then you encounter some random villagers who are clearly the team getting Bob from Accounting and putting him into the recording booth.

There are really good looking fully rendered cutscenes at the end of each chapter. Mordred and the Lady of the Lake have conversations and both voice actors are going ham at each other. These are also really visually interesting – they have good camerawork, with both characters pacing back and forth relentlessly, making big expansive gestures and using lots of body language to sell their points. It looks great, they’re really compelling cinematography. And also all the cutscenes are literally just these two going at each other in the same place, in the same way. It’s a great move – they no doubt saved a tonne of money on motion capture, actor time, and rendering by keeping the entire thing limited to a single three-stage conversation, and translated those savings into getting that performance as polished as possible. It feels like the game can’t afford these cutscenes, but damn it, they found a way to make it happen.

Each character model is fixed. You can give Mordred a relic sword and it’ll look exactly the same as his regular one; the gear has no visual representation (justified by gear being ‘runes’). There’s no dress up or customization, that shit’s expensive – it requires tonnes of artist time, and is a low priority for players. Instead they spent all the time and effort that could have gone into that system on enemy variety. There are five entire enemy factions, each of which are enormously different to fight against. In addition, the boss fights for each chapter spare no expense – each one is a bespoke, enormously complicated monster model with its own rules and animation. They also aren’t afraid to just throw the book at you – put you in a fight against 50+ enemies and be like ‘okay, show me what you got’ 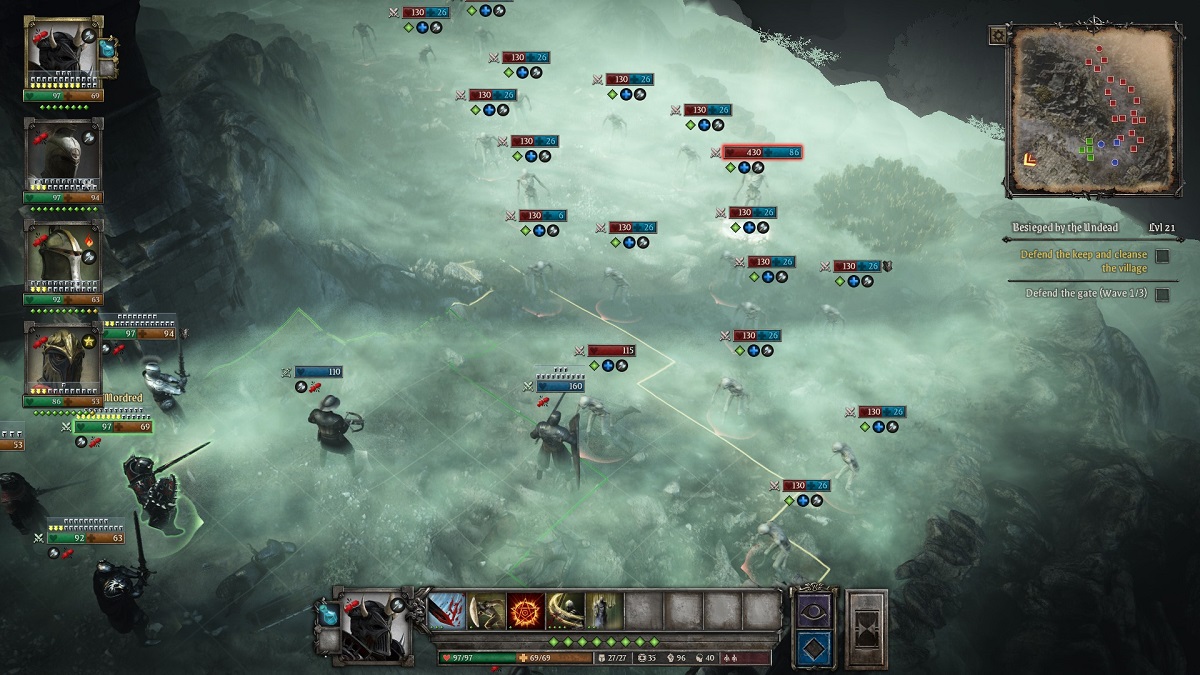 And this is what the game gets so deeply right. There was a bunch of superfluous stuff they could easily have spent money on, but instead they focused on getting the core stuff – and the big moments – right. They knew and accepted that the vast majority of the game would be engaging in tactical combat and so they spent all of their time and focus getting the tactical combat to feel good. They knew that the chapter boss big punctuation mark on the end of each chapter, at a point where that chapter’s enemy was starting to feel solved, so they took the time and energy to make sure those boss fights all felt really special. They knew that at the end of forty-five hours of playtime they needed to stick the ending, so they throw their biggest budget fully rendered cutscene in right after the extremely cool final boss, before throwing the player into a challenge map epilogue. It’s an amazing way to end a game!

It’s all so extremely cool and professional in a way that calls to mind the hits of yesteryear. You can see the holes in the budget, the places where they would have done more if they could. You can even see that as early as the unaccountably colossal install size. But they learned the lesson from their first game: they didn’t compromise on the stuff that mattered. The fights feel good. The bosses feel impactful. The gameplay works. The game didn’t crash on me once. The story is solid. The end result is a game that feels like the Game of the Year from a year you forgot – it’s a little bit dated, little bit clunky, but damn it this thing holds up, doesn’t it?

Have any questions or feedback? Drop us a note in the comments below, or email us at contact@goonhammer.com.