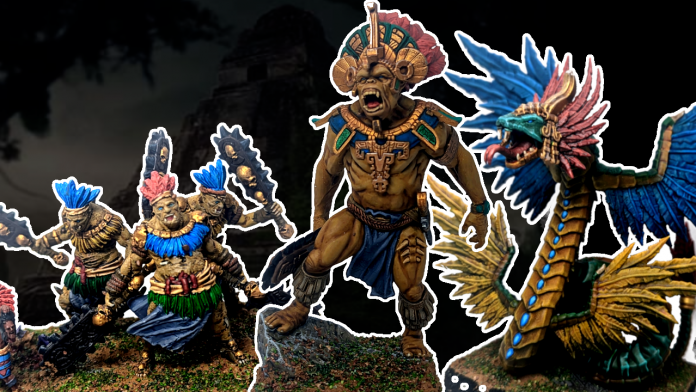 G’day Goodhammer readers! Another year has come and gone and it’s almost time for Clash of Kings Australia once again. You might remember our coverage of it from the start of last year (check that out here), and this year promises to be even bigger and better. Bigger because as of writing there are 64 competitors registered, with still 3 weeks to go! Better because there are even greater prizes up for grabs, least of which is naming of a character in the next edition after the winner!

So what is Clash of Kings Australia? This year it is a two day, six game event held in Canberra on the 21st and 22nd of January 2023. This is held across the same weekend as CanCon (so that players can still go to CanCon as well as Clash of Kings). Like last year, it is going to be in the Canberra Technology Park, a fantastic location that we gushed about plenty before.

It’s just me (Urr) going from the Goonhammer team this year (family commitments for Cytoplasm), but it’s still looking like it will be the biggest Clash of Kings Australia has seen in a long time. We encourage everyone in Australia to sign up. Tickets are still available (here) and it’ll be a blast!

There are a few versions of the list bubbling about. After some more games, the frontrunner is:

At the time of writing, I am still waiting for my Night Raiders to arrive. In case they don’t, there’s a backup list, which swaps them out for:

As well as a couple of item swaps to make the points work.

Both lists are pretty similar to what I’ve been running most of the year, so I’m familiar with how it all works, though there are a few changes. I’ve gotten over my distaste for unique characters, and I now take both of them. Magnilde is MVP in almost every game, always putting those three or four extra wounds wherever they need to go, or shutting down fliers as needed. Kruufnir gets in thanks to his Very Inspiring, which helps cover my battle lines when the Lord on Frostfang and Magnilde zoom off to handle things, plus he’s also pretty good at wacking down those smaller troops and regiments with his Rampage 3. He’ll also take a hit, provided it’s not from Soul Reavers or the like.

Snow Foxes are the perfect chaff. They’re great at taking a charge and dying, so they get out of the way for the good stuff. They’re also good for playing the objectives, and the trick is to know which time to do what. I’ve been raving about The Fallen all year. They are my favourite unit in the list, but they rely on items making them quite expensive, yet they will always be in my lists. Draugr are in as chaff, nerve blocks and Unit Strength, and to give me a bit of an anvil to crack things on. They always do a few more wounds than you expect, too, and a few bits of chip damage are always useful.

Then there are a few different choices.

Huscarls are back in, despite their underwhelming performance at ConVic. Running lists without them left me with a lot of trouble taking down high defence lists. This came up often in practice games, where I couldn’t quite break a unit in one go and then got punished for failing. Hopefully I will just be better at playing them now, too.

Night Raiders are also back for another go. I lamented how ineffectual I found them in one of our tournament reports (link here), but I have now worked out the secret to making them good, and it’s giving them bows instead of axes. This lets you use them to clear off chaff, apply early damage to units, and hold backfield objectives while still contributing. Axes meant it was often better just to charge in, and they ended up being just expensive chaff. Now there’s a better option, all provided the models arrive in time to get painted, of course.

Finally there’s the Lord on Frostfang; he was going to be a Lord on Chimera (with a few other things moved around for points). I have a cool model painted up and ready to go, but I just cannot make the Chimera work. Every time he whiffs a combat, my opponent spikes a roll, and he’s off. Or he gets shot off before he makes it in. Or there’s nowhere to fit with such a big base. It’s unfortunate, because I love the idea of having one in the list, but it’s a very expensive model to have no significant contribution to the game.

For the backup list, the Conclaves give me the shooting to clear chaff and pick wounds off harder targets. Unfortunately, they lack Unit Strength, and having something pop in and triple their attacks against them does make them struggle occasionally (due to being War Engines).

The Thegn is a new addition, and one I haven’t actually tried yet. He might end up turning into another Snow Fox regiment, but at the moment a Bane Chant for the list seems like it would be a nice inclusion. He’s also ok as a bit of chaff, but more testing is required.

Goals for the event

So last Clash of Kings was a good showing in battle score for me, so I’d like to keep that up again. A positive win rate would be ideal, but three wins would still be great. There’s a lot of great players coming along, but also a lot of new people who have recently joined the community, so I don’t think 3-x-x is unreasonable.

A lot can depend on army matchups, as always, and it’s a bit difficult to pick the meta ahead of time. This year however, there are a few clues. A lot of Clash attendees jumped into the new Mantic Halflings and have been posting pics of their armies all over, so there are going to be a large number of Halflings there, something like a tenth of the field. Additionally, there’s a new big prize from Mantic, the highest placed Mantic army (90% Mantic models) wins themselves a hero to be added to the 4th edition of the game, along with artwork of said hero to take home as well. I am not eligible for that prize, but it hopefully means we’ll be seeing more of Mantic’s heavily supported armies, likely Goblins, Abyss, Nightstalkers, and Ogres. Armies I have had a bit of practice against.

I am hoping to go for a full set of bonus paint points this time around. Last time I brought my Nighstalkers, which have a theme, and are painted ok. I think this army is much stronger, theme wise, with the paint and basing scheme being more striking, and frankly, better looking.

This year, there’s been more of a focus on getting painted and representative armies on the table, with actual painting points and rubrics starting to pop up, beyond just having your army painted and based. The full rubric is available here , but the total bonus points are:

The top three are easy to achieve, though I struggled for a while to find some thematic Mantic models to add. Unfortunately, my theme is very specific, so I’ve got two of Cytoplasm’s Abyssals and added them as corpses to the bases of my Fallen to meet the Mantic model count.

There’s starting to be an Australian push to get more Mantic models on the table. Obviously, they need to sell models as a company to survive, and we should be supporting them. I’m going to jump on board and pick up the new Twilight Kin when they come out, and refresh my Mantic Nightstalkers to fit them as well, so I’ll be bringing a full Mantic army to the next Clash, but need to get through this one first!

Painting is a yes/no rubric, and is straightforward to achieve:

I’m pretty much set with all of these already, it’s just finishing off painting a Draugr regiment, and then the Night Raiders, or deciding on the list without them if they take too long to arrive.

Two weeks to get that sorted, which is plenty doable. Right?

Calling all Australians (and Oceania!)

So, if you haven’t already got your ticket (available here), hopefully this has inspired you to come along. If you have already got one, come and say hi when we’re there. It’s going to be great fun. I’m really looking forward to it, and once I put the pen down, it’s time to pick up the paintbrush again!