G’day Goonhammer readers! This week we were lucky enough to get a written interview with Bryce Clark, an outstanding Kings of War player who finished third overall for the United States in 2022 in the recent US Masters Event. Bryce came third in battle points, and did so running a Forces of Nature list (which we covered in our last article). Considering the first- and second-place players were both Nightstalkers, this technically makes Bryce the best non-Nightstalker player. We wanted to know a bit more about Bryce, and how he managed to navigate the US Masters to achieve what he did, so we sat down with him and asked a barrage of questions, which he graciously answered.

Q: First off: Congratulations! We’ll start with an easy question – How did you get into Kings of War and what is it that keeps you interested in the game?

I played Warhammer Fantasy Battles before the fall and tried Kings of War V2, Age of Sigmar and 9th age at the close of the End Times.  Our community wanted to find what was the best fit for our group but everyone ended up going different gaming directions. I personally liked Kings of War the most but didn’t fully understand the diversification that you could get with only 6 games in. As I have played, I have come to appreciate the generalship over the army build.  Kings is a great game that allows you to build to your playstyle vs “meta” and still do well and it’s a game that I can bring my son into and he can grow into the chess-like strategy and complexity but still enjoy the basics while learning.

What Kings of War armies do you own and which is your favorite? Completed?

I have Herd and Forces of Nature. In the works is pretty much every army available but I am far from efficient at the artistic side of the hobby. Favorite army is Riftforged Orcs. I really like the Mantic line of miniatures and they are a very functional and balanced army for me.

Kings of War is a game of many playstyles and army compositions. What is your preference and, in your opinion, is there a best style?

I have done the best with typical hammer and anvil armies like my Forces of Nature.  I think the balanced build is the best approach for most players and with enough understanding and comfort with your army, you can efficiently mitigate your bad matchups.

How much did Clash of Kings 2022 (the update) change your perception of the armies?

I really liked the update as a whole. I try to take the formation in every list I build for every army.  I do think some are more influential on player choices but they do offer tactical variance with units that were underrepresented. 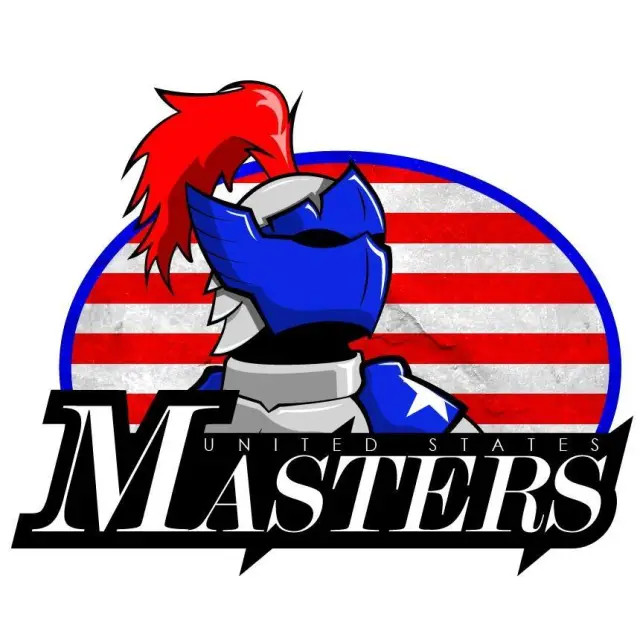 What was it that made you pick Forces of Nature over one of the other Kings of War armies?

Honestly, I wanted to take my Riftforged Orcs and I submitted them to our region first.  Thankfully, I ended up going to my Forces of Nature because it was complete and I was comfortable with it as I would not have had the Riftforged army done in time and it does not travel nearly as well.

What scared you the most from the Kings of War meta and how did you deal with it?

I didn’t want to play Goblin-style multiple small units. My army has issues when it gets bogged down and Goblins are the perfect level of cheap and annoying to really dominate certain missions. I got lucky and didn’t draw one of those matches. I did practice a few games against Goblin lists to help mitigate my struggles but was fortunate that the Masters meta favored Nightstalkers and Ogres.

Did you construct your US Masters army list early on? Or was it constantly a work-in-progress? Was there anything (or anyone) who helped you come to grips with how to play it?

My Masters list was a modified version of what I had been playing this year. I don’t think I have taken the same list ever to events. I constantly want to modify and use other units. I swapped one unit, two items and one upgrade for the second Greater Air Elemental, the Orb of Towering Presence and the Pegasus. It gave me an extra drop with the same unit strength I had and more speed to counter high drop lists with maneuverability. I had several people make suggestions (Keith Randall and Dustin Howard) and help me practice (Cyle Pool and Kevin Drury) but I was very fortunate that I had been playing with this style army for the entire edition and didn’t need to “come to grips” with it.

Did the use of Northern Kings scoring at the US Masters 2022 influence your army list? Is there another scoring system you prefer?

The Scoring system did not influence my list design although I can understand how certain army styles have an inherent advantage with it.  I think it is a great scoring system for introducing players to the game and perhaps an escalation league like that but it would not be my first choice for a Masters style tournament.  Blackjack scoring would have been more of what I expected to see at Masters.

What was the best thing about being at the US Masters?

This was my first Masters and just like every Kings tournament I have been to, the comradery is the most enjoyable.  I don’t know majority of the player base across the US but every player I encountered was friendly and a pleasure to play.  Kings has the best competitive community I have ever seen.  It is the only game system that I don’t find myself burnt out with after an event and being in a room with the top players from each region and watching them play will always be a pleasure.

What was the craziest moment for you at the US Masters?

My third opponent Marcelo killed an undamaged horde of air elementals with a troop of Villein Skirmishers. His Villein units were consistently pulling the weight of his army but both of us had a great laugh at that combat.

What would be your advice to anyone else looking to get competitive in Kings of War?

Find what army draws you in and then build it around your personal playstyle. Every army has ways to design around play styles and be functional.  Luke, my first opponent, had an army that, on the surface, looked like a “grab bag” of units.  Watching him play with it was amazing because he didn’t force the army to do something that it didn’t do well and everything had a purpose.  The more familiar you get with an army, the better you will be able to handle tactics with it.

Will you continue running the Forces of Nature at events, or is it time for a different army?

I enjoy playing Forces of Nature and will play with it more but if I can get my Riftforged army done,  I will be playing with variations of them for the next few events.

What changes would you like to see in the next Clash of Kings?

I would like Kapoka to be available to Sylvan Kin and Mindscreeches to be 1 height shorter. I think war engines would also benefit from being capped at Ranged 6+  so never having to halve shots.  I have been on the wrong side of gun lines multiple times but artillery pieces see less play between abundance of Stealthy, mitigated movement, and no unit strength.  There are a lot of units in that category that would see some more consideration and play with subtle changes.

We’d like to extend a massive thank to Bryce for speaking with us. We wish him the best of luck on his future events!