In this series, the Goonhammer authors currently attending LVO write about their experiences at the event, cataloging each day’s games: The trials, the tribulations, the defeats, and the victories. Join us as we take the journey with them.

After one day in, LVO was a mixed bag for our Goonhammer crew! Let’s look at the records and standings after day 2:

Day 2 closed out and with it, the hopes of a Goonhammer author finishing in the top 8. Scott put up a valiant fight to go 4-0, but ultimately succumbed to his 4th Marine opponent in round 5, ending his run. Despite this, several of the authors finished 4-2, and none finished worse than 3-3. Overall, a very good showing for the lads!

That sure is a lot of Marine armies. This is fine. I’m glad Sean’s still on top with his Eldar but it’s not looking good for a Xenos win (This makes me particularly sad that Siegler chose not to bring his T’au). I don’t believe that BCP has yet updated with the results of the Nightmare Bracket (players who rank 5th through 12th have to play an extra seeding game at the end of day 2, with the winners advancing to the top 8), so if slots 5 through 8 change, don’t be shocked.

We’ve also seen a new flavor of Marine list emerge and dominate over the last few weeks, with a strong showing in this event. For an example, look no further than John Lennon’s list, which is being run by multiple players on the Brohammer team.

This list is incredibly nasty, and watching the three untargetable Chaplain Dreadnoughts march across the table, blasting away while buffing the units around them can be demoralizing to play against. Feirros helps keep the Leviathan alive and makes it near impossible to take down when combined with the Duty Eternal Stratagem to halve incoming damage, and the Intercessors can be a real pain to chew through thanks to Feel No Pain saves, Feirros’ invulnerable save, and multiple wounds. Don’t be surprised if Lennon wins the whole thing with this list. A win could potentially also put Lennon in the top spot for the 2019-2020 ITC circuit, ahead of current #1 player Richard Siegler.

Frankly, we can debate whether Dreadnought Chaplains should go up in points cost (yes), or have been added to Legends last December since the model has been out of production for years (also yes), but in this author’s opinion, the best way to solve this is to amend the Character targeting rules to not apply to VEHICLES. This removes the issue in an elegant, sensible way, and prevents future degenerate nonsense, while also being intuitive to newer players.

Corrode: I don’t really agree with this. The problem is the Chaplain Dreadnought (and, in other lists, the Mortis dread), and the toughness of the screen that Iron Hands can use to protect them. Blood Angels Librarian Dreadnoughts are nothing like the same problem – they need to get close to be at their most effective, which makes screening them much harder, and being restricted to a single book makes them a much more limited quantity in terms of the buffs they can get and the combos people can use on them. The best solution is for the Chaplain and Mortis models, which are no longer even available for sale, to disappear off to Legends – or alternatively make them 10 wounds so they can no longer hide. Anything which can put out two/four lascannon shots per turn ignoring heavy penalty and re-rolling 1s to hit should not be untargetable.

TheChirurgeon: Regardless, I don’t think vehicles should get character targeting restrictions. Also, you’re a butt.

I write you from a position of great pain, of great sorrow. We rode out to battle today, as we had planned, against the Pointy Elves and also against a detachment of Space Monks. During these battles my company took unrecoverable losses and though we were able to outmaneuver our foes at critical points, at the end of our day’s engagements we were outflanked by units of elite warriors clad in armor of black and silver who claimed their living was watching men die.

What can be done against such reckless hate?

I took what I feel is another mortal wound to my already disfigured hand. I fear I won’t be leaving this desert alive.

Please send my love to my Sister’s bridesmaid again. I was told she never got my first message. I’m sure it was just lost in the mail.

I have suffered a most grievous of betrayals. I fought hard to win my first three Kill Team engagements in with my Imperial Guard and was poised to make the top 8 when I discovered that my fourth opponent was none other than my most trusted training partner. He used his knowledge of my strategies in a most underhanded way and was able to eke out a close 14-13 victory, much like all of the practice engagements we undertook. Tomorrow I seek a chance to win the first Kill Team tournament of 2020. 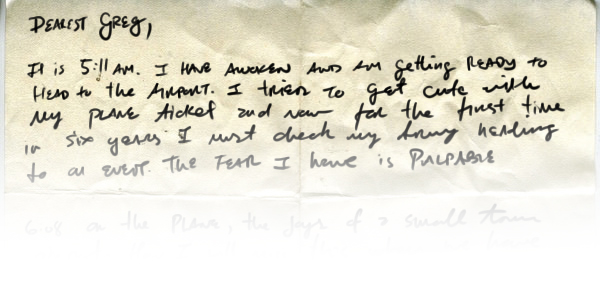 I have returned to the field of battle in the mid morning after a short night of rest, my body aches. My mind dull. The commander on the field has brought the terror of the winter season, Iron Hands. My forces were not able to capitalize on the initiative and began a defensive engagement, battling back his air supported warsuits that somehow confounded our sensors. The battle seemed dark and lost when my field commander fell early in battle. However, by focusing on the vital objective points I was able to clench a very close victory after the opposing main battle tank malfunctioned and was not able to destroy anything from my forces in the finishing salvos. Blessed be the Omnisiah protecting my forces in my hour of need.

After a comfortable midday meal I returned to the field of battle again against the winter scourge, Iron Hands led by a general from the Necrons! Although his army was a peculiar configuration. He mustered a mostly infantry based force with minimal vehicles. Truly a strange sight from the marine machinists. I was able to catch his forces flat footed and ambushed his castle. However his apothecary was very killed and it took the majority of my forces considerable shooting to finish a single squad! My forces fought valiantly but They were never able to capitalize on his objectives he had well protected and after a significant struggle I yielded to his forces to spare what men I could. Alas, my dreams of being the best Adeptus Mechanicus general both of this battle and for the year may be out of reach with this defeat.

Despite my forces route we mustered for battle one final time in this grand engagement. We squared off against Commander Sean, of the Imperial Fists artillery company. However our objectives and field of battle were favorable. Despite taking more losses than inflicted over the entirety of the engagement my forces of the Omnisiah were victorious. A humorous interjection: both of us generals had runners plying each other with alcohol in this final engagement in a noblemen’s agreement. The alcohol clouded our judgement, perhaps, but we were equally subject to the effects of our shared vice. Here here Sean of Connecticut! May fortune find you in this life or the next!

The day started with another rousing victory over marine forces. However, that initial optimism gave way to despair as onslaught after onslaught of marines began to wear on the troops. In the fifth battle we faced a force of enemy dreadnoughts, clad in black armor, whose forward advance could not be stopped despite heavy repulsor fire.

The tentative optimism of yesterday’s missive was quickly dashed. We encountered another force travelling the same region and initially mistook them for allies thanks the similarity of their war machines, but it became clear as they came closer that they intended to give us battle.

Initially things progressed acceptably – the enemy called in heavy air support, but our losses were light and our counterattack formidable, including the assassination of a key enemy leader. Sadly, though we were able to bring substantial reserves to bear their weapons could not quite undo the enemy, and we were eventually struck from the field.

Another force soon gave pursuit, and our misfortunes continued. Through a mixture of fatigue and malaise my judgement had begun to fray, and I allowed the enemy to undo my plans. While our forces showed great bravery, and dealt substantial damage to the enemy, we were eventually forced to retreat.

Desperate to salvage some semblance of honour from the affair, our forces accepted a perilous mission to distract a great winged sorcerer from a ritual while our own magicians undid his works. While our losses were terrible, and scant five of our soldiers survived this great being’s wrath, I am happy to report that we held the ground for the time allotted to us, and then retreated for a celebratory meal with the Warhog division.

Morale in the forces is mixed – I believe easier victories were expected, but we have learnt much and will be equipped with far greater understanding of our assets when next we take the field. 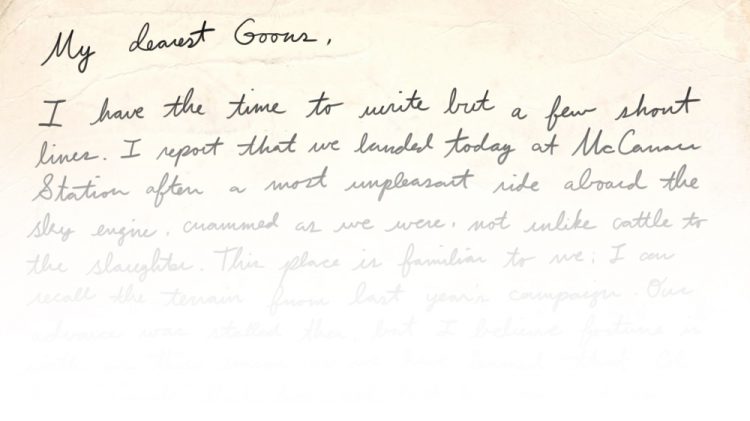 I am so tired of playing against marines.

Despite some early stumbles on day 1, we were able to recover on day 2, snatching valour from the clutches of disgrace as two of our final three engagements ended in victory. In some sense, we were fortunate – while I have heard tell from others of strings of endless battle against Marine army after Marine army, today we were fortunate, encountering Grey Knights, Mechanicus, and Tyranid forces. I must now retire, but shall write you again on the morrow.

Day 2 was smoother, but while many of the Goonhammer crew aspired to take home gold and glory, ultimately each fell to the ravages of the Marine-heavy meta, with Scott Horras “Heresy” being the last to fall, going 4-0 into the 5th round before losing to Steve Pampreen’s Adeptus Astartes and then to another Space Marines list the round after. Tomorrow brings a final set of letters, as the gang says goodbye and returns home. And though they be empty-handed on the account of trophies and fortune, they return with hearts all the fuller for having been able to take the journey together. For is not the friendship of companions forged in the crucible of battle the true prize all along? As always, if you have feedback or questions, drop us a comment below or shoot us an email at contact@goonhammer.com.