In this series, the Goonhammer authors currently attending LVO write about their experiences at the event, cataloging each day’s games: The trials, the tribulations, the defeats, and the victories. Join us as we take the journey with them.

Another LVO is already over and in the books. Our authors – those who survived – return home, exhausted and tired, but having enjoyed their time.

To recap, here’s how they performed:

LVO was a pretty strong showing for the Goonhammer crew overall (though note that not everyone participated under the Goonhammer team name – Chase and Cyle are both Warhogs, for example). Richard Siegler ended up winning the event piloting an Iron Hands army of his own proving pretty convincingly and definitively that he’s the best 40k player in the world. We’ll have more on his list and his thoughts on that later this week.

The campaign is over and soon a return transit to the United Kingdom beckons. My wife and I spent the day touring the strange sights of this unusual city, journeying the length of the so called strip to investigate an ominous black pyramid. Happily we found it to contain none of the hated Necrontyr, only yet more brightly coloured attractions and food purveyors. Truly this city is a bewildering marvel.

Before that, I finally managed to make contact with fellow commander Novembermike, and have ensured he is well equipped with regimental colours for the future. Many of us also convened in the great hall to hear the roll of honour read out.

This campaign has been a great eye opener, and it has been a delight to finally make the acquaintance of our local forces. I shall take many memories back to my homeland, and look forward to visiting this nation once again for the NOVA campaign. 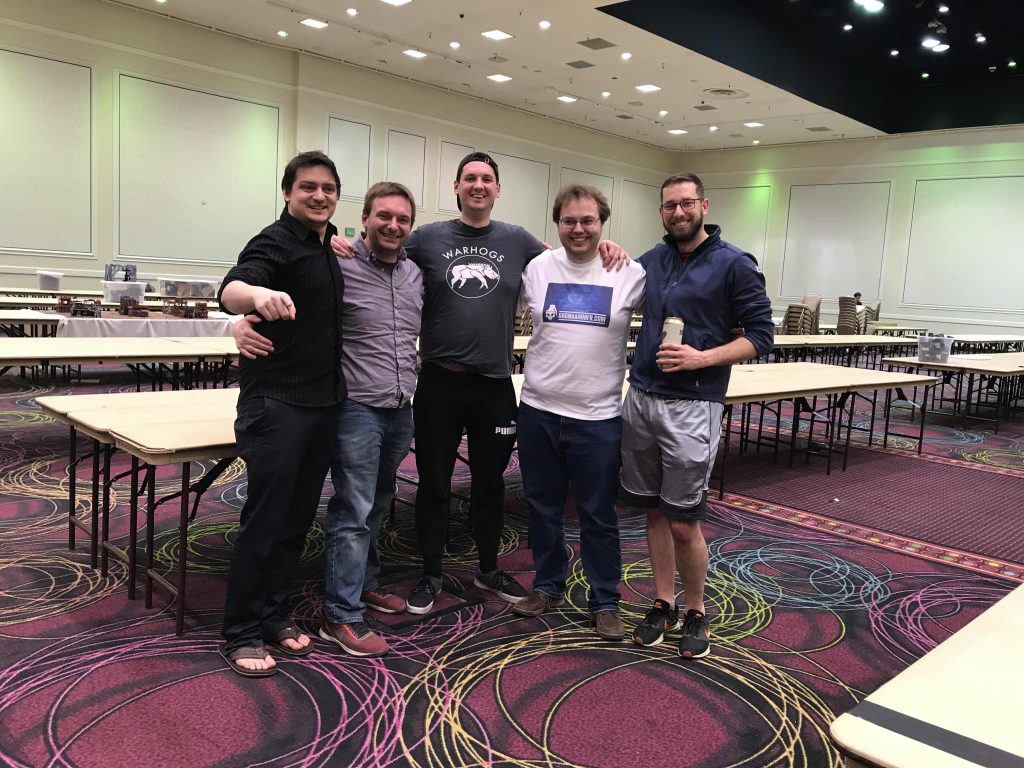 Several of the Goonhammer crew at LVO 2020.

This Week: Reports, Interviews, and Analysis

LVO may be over, but we’ve got lots of content still to write and publish around it. Stay tuned this week, where we’ll have detailed reports on the tournament from our authors, meta analysis of lists in the 40k, AoS, and Kill Team tournaments, an interview with LVO 40k tournament winner Richard Siegler, plus some additional content and analysis on CanCon, which was going on at the same time. As always, if you have feedback or questions, drop us a comment below or shoot us an email at contact@goonhammer.com.