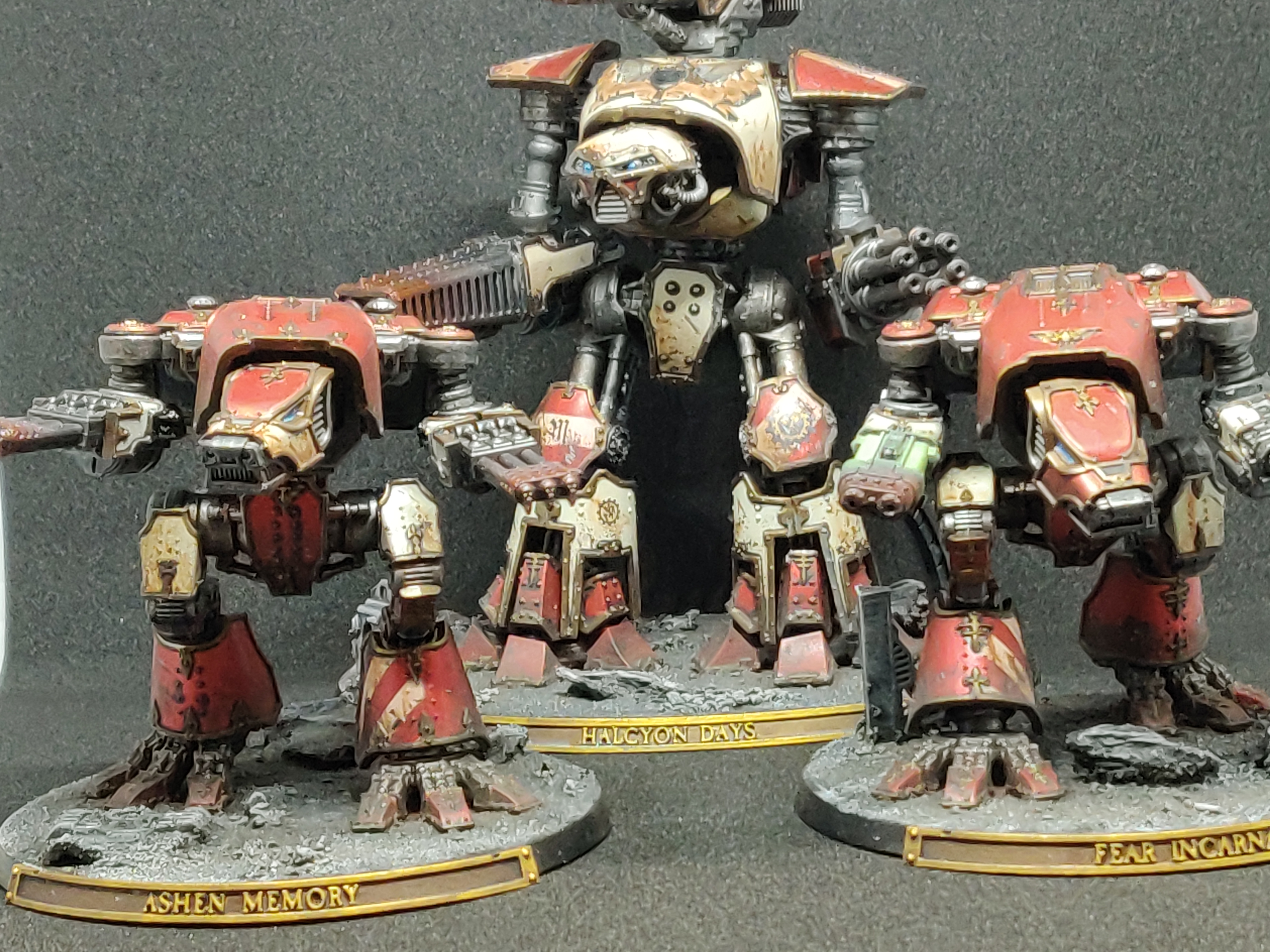 I’m a bit of a latecomer to the Goonhammer writing crew – I’d been on the forums for a long time, lurking and occasionally posting in the main threads, but it was only when I decided to check out what those Badcast Badbois kept going on about that I discovered this site. The first thing I noticed was that there was no Horus Heresy content – and immediately decided to set about fixing that!

I’ve quickly come to enjoy my second job of scrutinising massive tomes for future-historical content on Space Marine Legions, and urge you to check out the Legion Review series we have going.

2019 has been a busy year for me for the hobby – both in terms of the tabletop gaming, and in terms of life circumstances. I recently moved to a house which has a garage space (a rarity in London) which I have immediately taken over into my own personal hobby space, which has supercharged the amount I can now get done. Below I go through the achievements from 2019, and what I hope to get done for 2020. 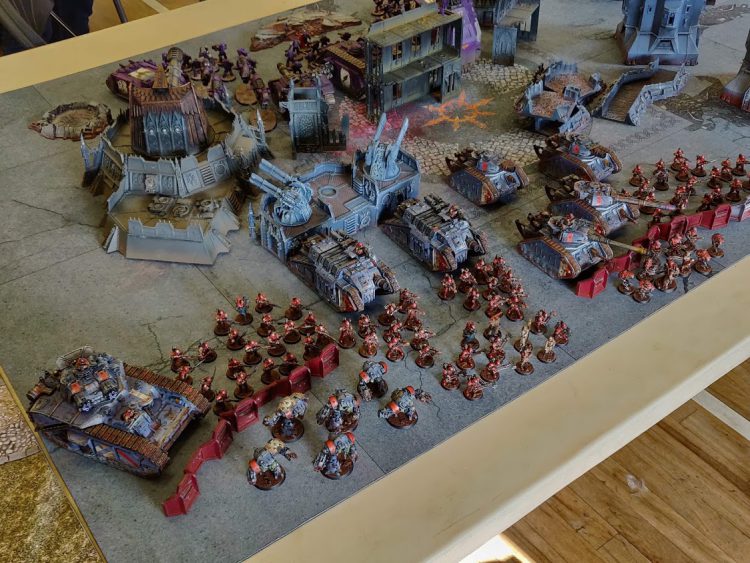 The 707th Cohort at the Ruinstorm event day

Solar Auxilia are a force unique to the Horus Heresy, and they have always drawn my eye – the models have a great aesthetic, and the army plays differently to standard Astartes forces on the tabletop.

At the end of 2018 I finished a project which was dear to my heart – something I had been wanting to build since I was a wee lad: A Warhound Scout Titan, Ashen Memory of the Legio Atarus: 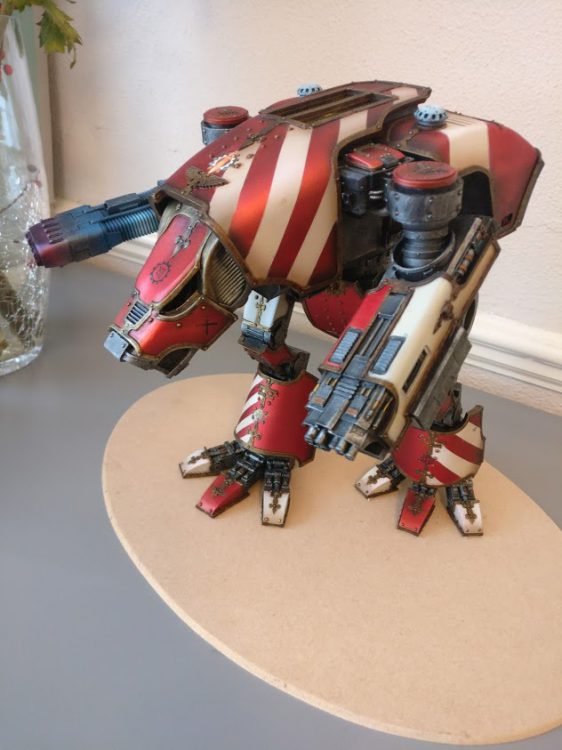 Of course, the old girl needed an escort. And so the 707th Cohort was born as a concept – a heavy hitting mounted escort force for a Scout Titan, who could guard its flanks and defend it at close quarters.

3,500 points, and plenty of pots of Tamiya Clear Red later, the force is complete: 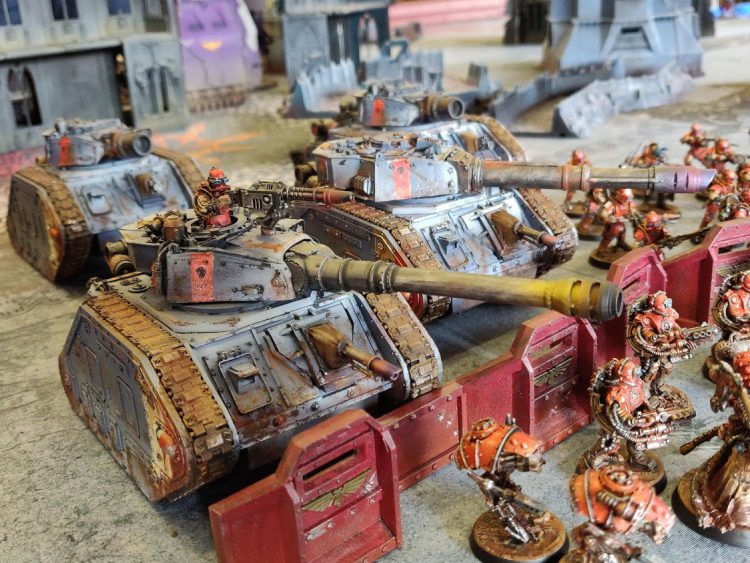 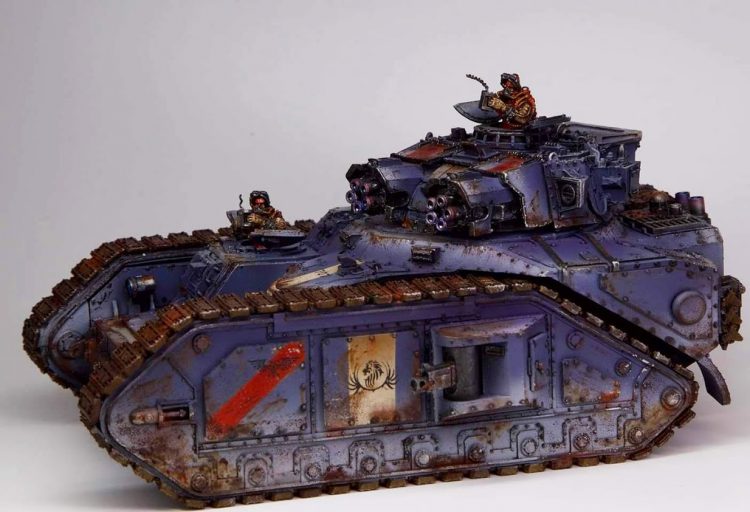 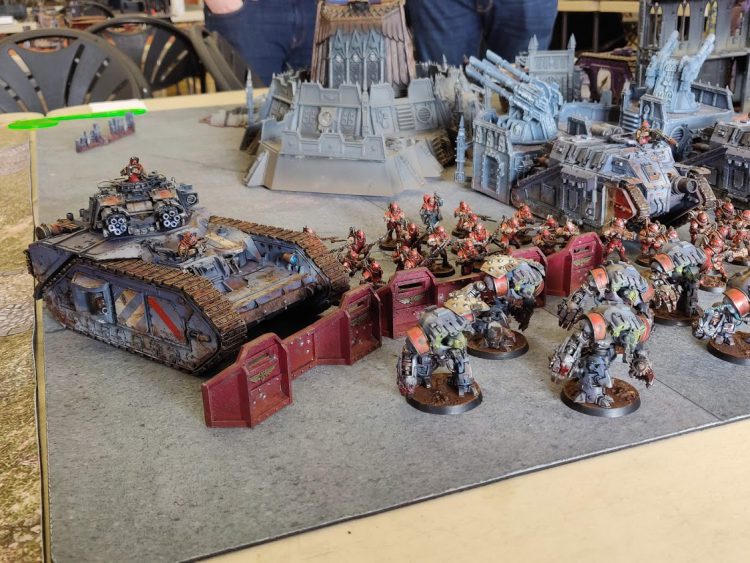 This army took most of the year to complete – and there are still some odds and ends still half finished on my hobby table. It’s something I’m very proud of, as it uses the techniques I learned at Cult of Paint (back when it was still MKA!) to the fullest, including a range of paint mediums – oils, powders, metallic/matt stripes, etc – to try to bring out a force clad in the red of Atarus. A good friend of mine even hooked me up with custom transfers, which I’ve used liberally on the force.

It’s won me a few painting competitions – four “best painted” at various events, and the Macharius Vulcan Throneworld got a bronze from the mighty Richard Gray himself.

My proudest moment, however, was when my Leman Russ Executioners were picked up by Forge World to be one of the example models on the website. It’s no joke to say this was something I’d wanted for years! 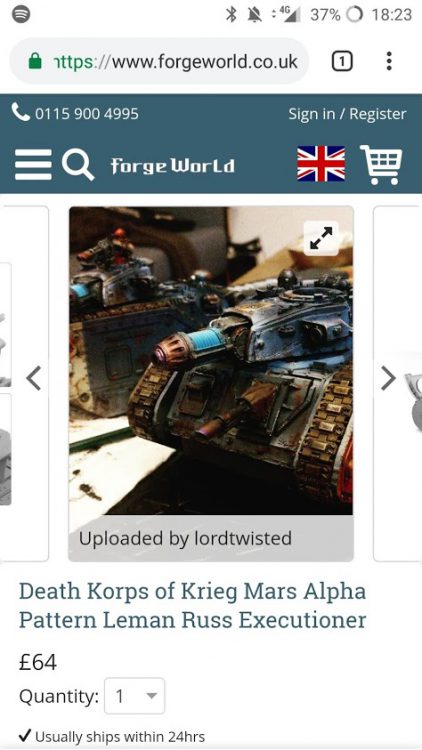 The force is more or less “finished” for now – I’ve got enough variety to run some different loadouts for them, and I don’t plan on adding anything more in 2020.

Just please, for the love of god, don’t try to add up how much this all cost. I probably could have bought a bigger house if I’d decided to get into Warcry or something instead.

I’ve been lucky enough to get to a number of Horus Heresy events through the year – particularly The Deserts of Helio Centius, The Fall of Zandia, Beta Garmon: Sea of Fire, Ruinstorm and the Scouring of Spartanaax. The Mountainfire Company (my Imperial Fists) and the Enginewards fought bravely at each encounter, and I counted a number of hard fought victories and stubborn losses amongst my tally. 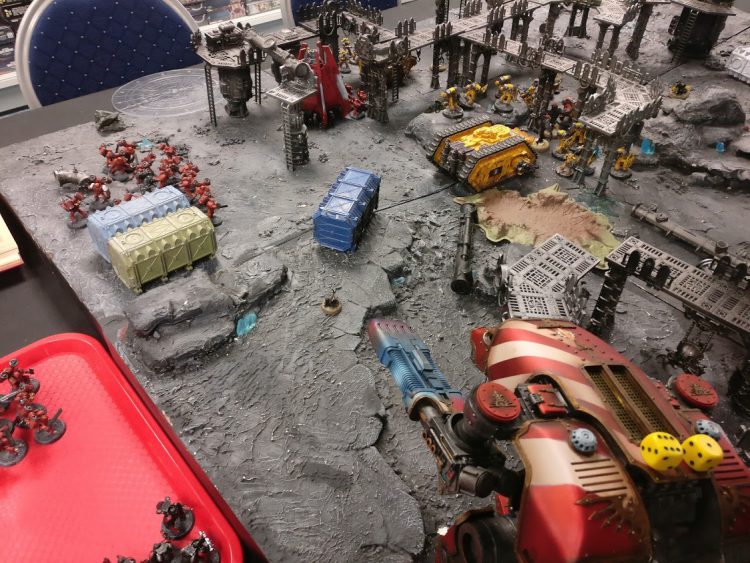 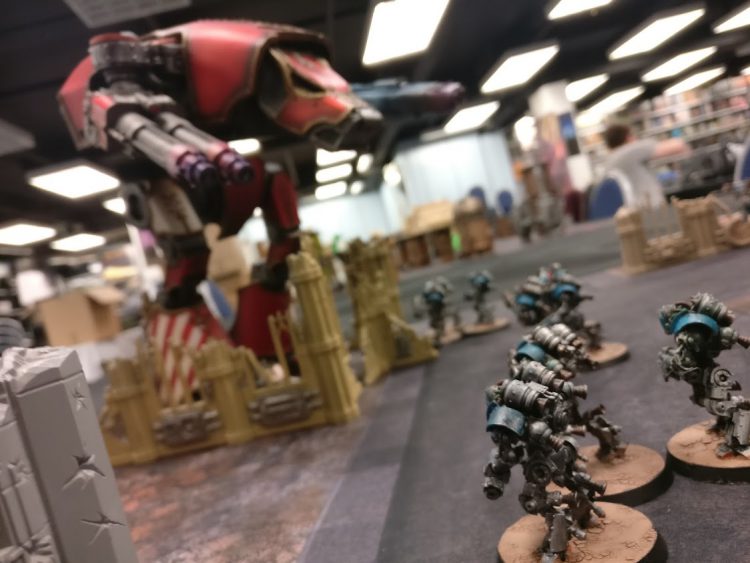 The Heresy scene in the UK is in full flourish, and these events are packed with amazingly painted armies owned by some great guys. The Deserts of Helio Centius events are particularly noteworthy, as they feature vicious animal attacks from the savage flora and fauna of the planet – you’re really fighting the world you’re on, before you even try to get to grips with the enemy. 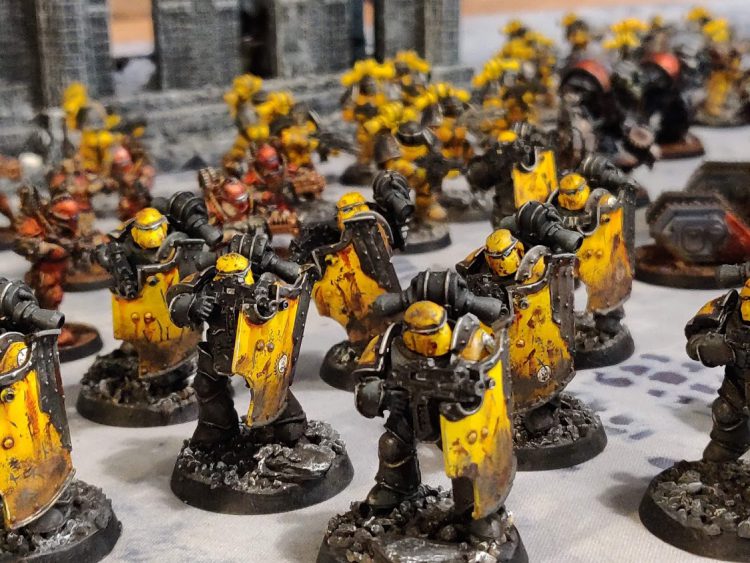 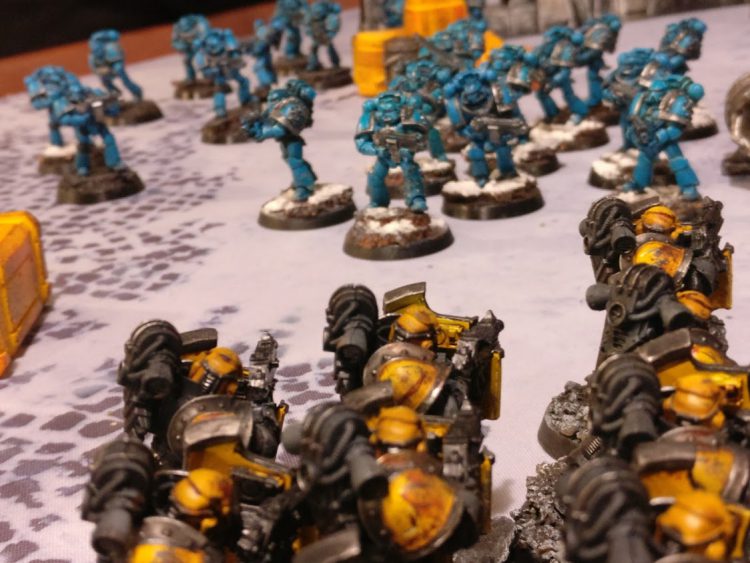 Alpha Legion push the attack at the Fall of Zandia
Credit: @LordTwisted 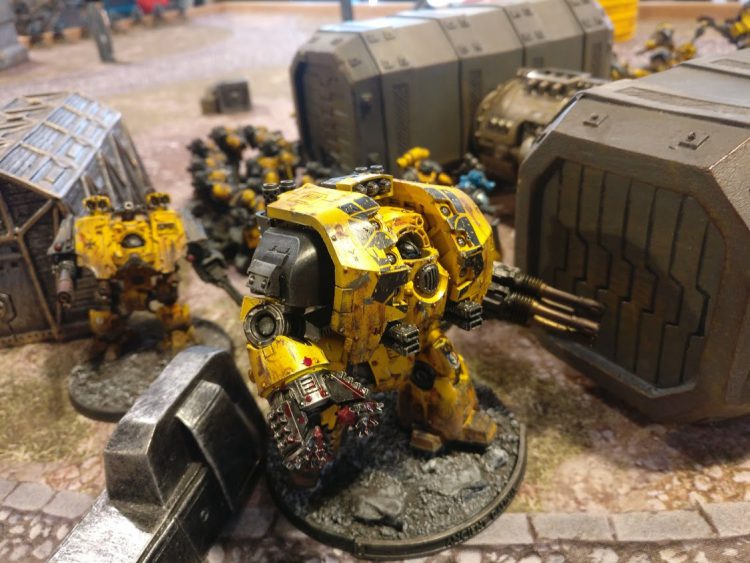 AT was not something I was intending to get into – that is until I went to Capital Heresy’s event The Fall of Zandia, and clapped eyes on some AT sets in the flesh. I instantly fell in love – the models are absolutely beautiful, and were so well painted! For my birthday I got a pair of Reavers, and set to work.

The end result, after several months of grinding, swearing at panel trim, and messing up the alignment of tiny pistons, is the Legio Atarus Battlegroup “Halcyon Days”, a Ferrox-pattern maniple, led by the eponymous Reaver Titan herself. 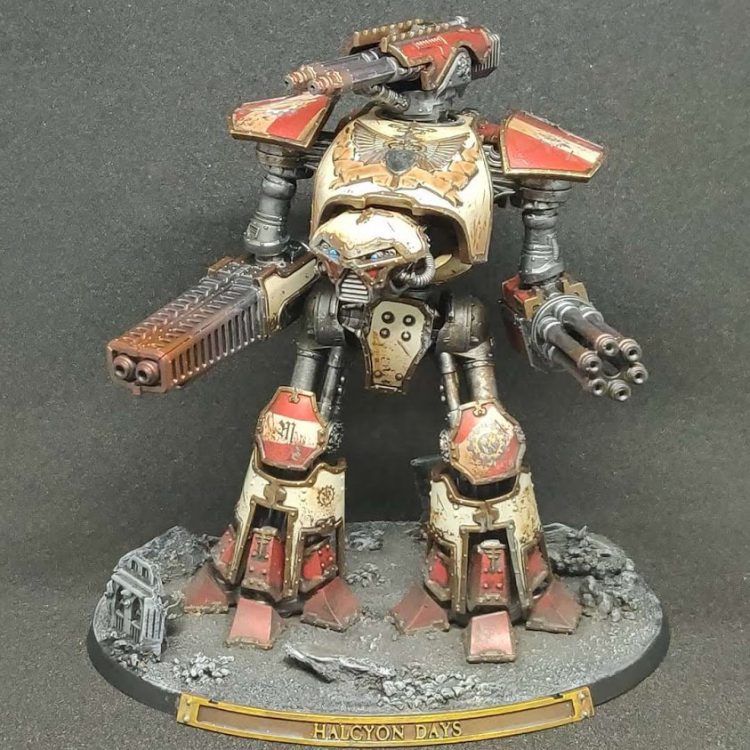 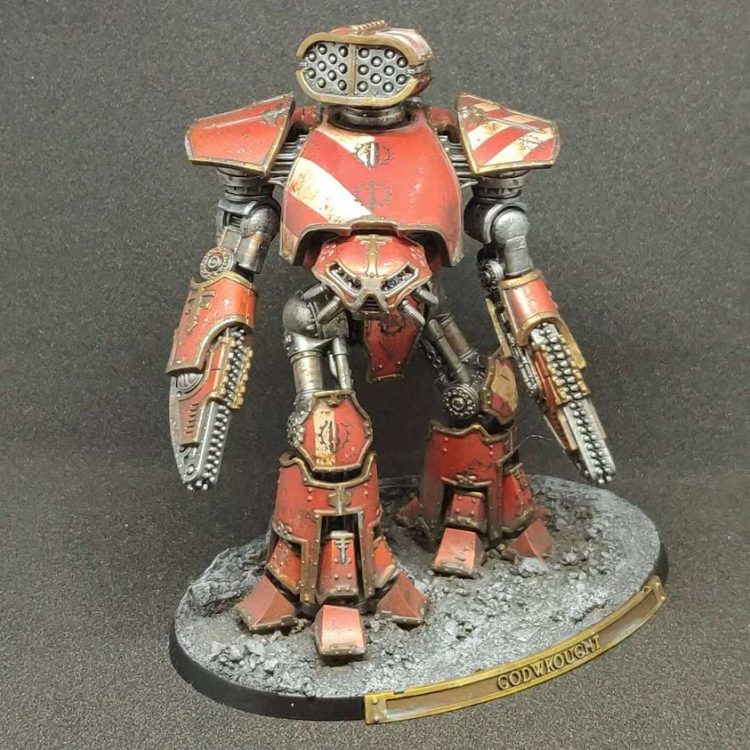 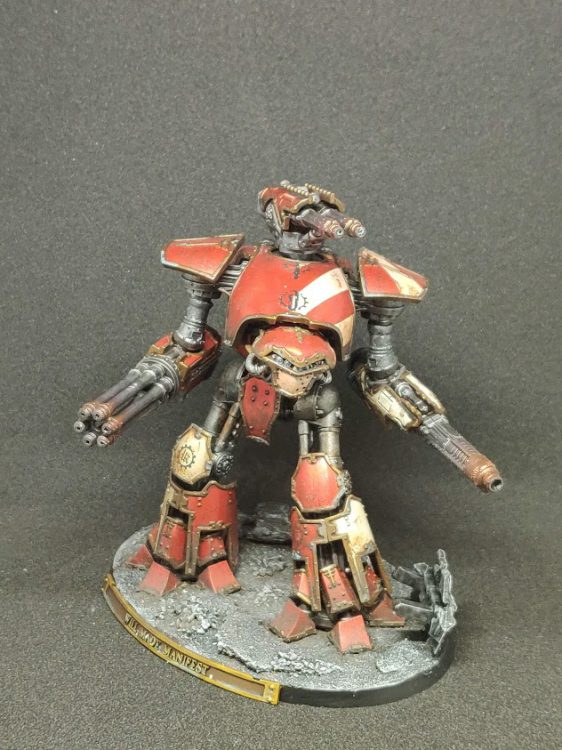 Will Made Manifest
Credit: @LordTwisted 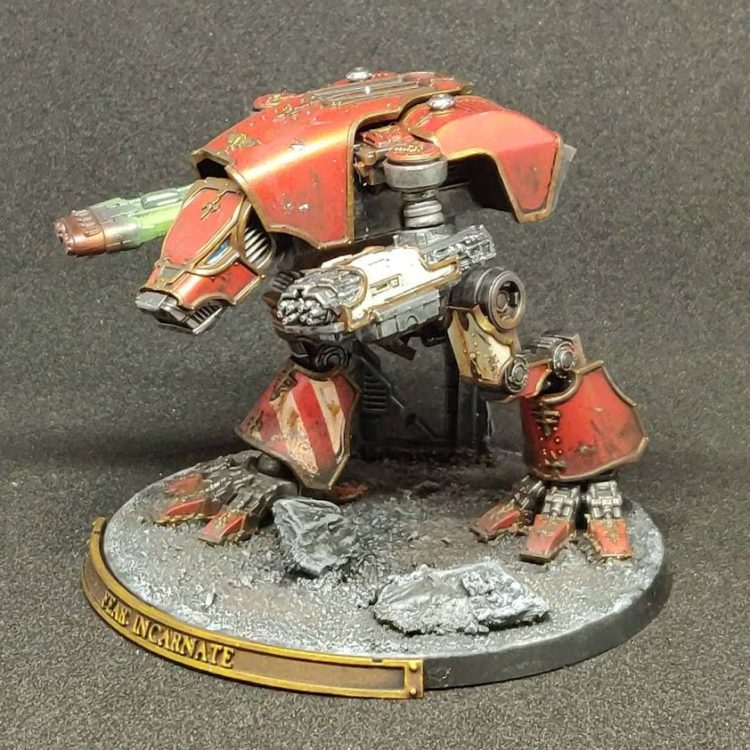 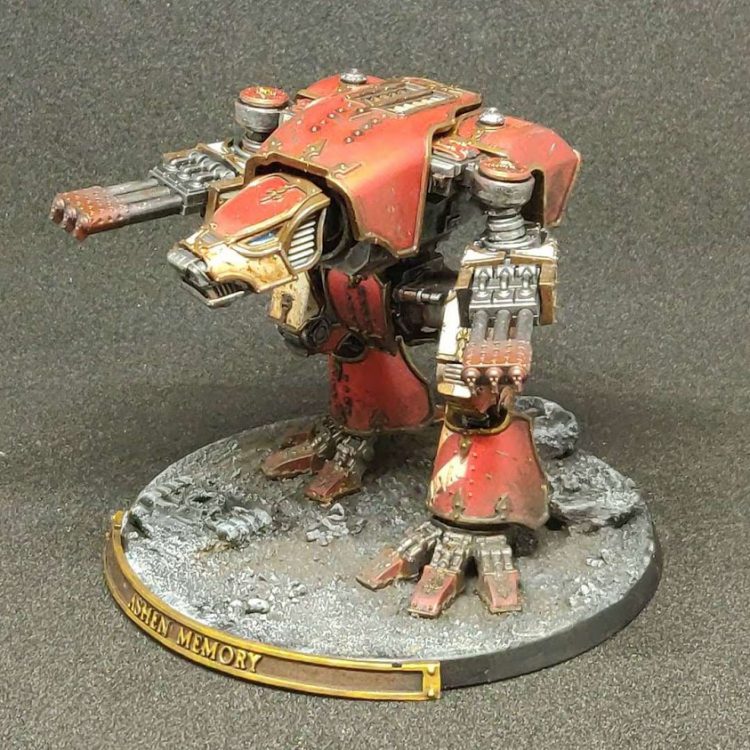 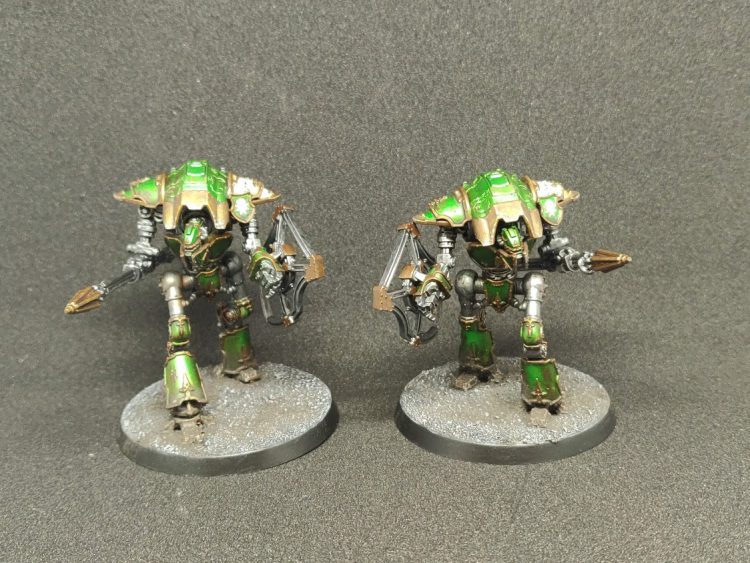 I have yet to play that many games of AT, but with the Battlegroup now complete (and looking great with their Versatile Terrain nameplates!) I’ll be able to kick off 2020 with some games against the fledgling Legios being collected by my friends.

2019 was also a year of expanding my painting horizons – I went to two Cult of Paint courses, one on brush strokes, and one where I learned to do freehand from the legendary Richard Gray himself.

The brush strokes course was difficult, but one of those courses where it’s all about learning fundamentals, and then practicing them yourself. I learned how to “push” and “pull” paint, and immediately set about trying it on a set of Firedrakes which I painted over the following weeks – and I think it worked well on the metallics: 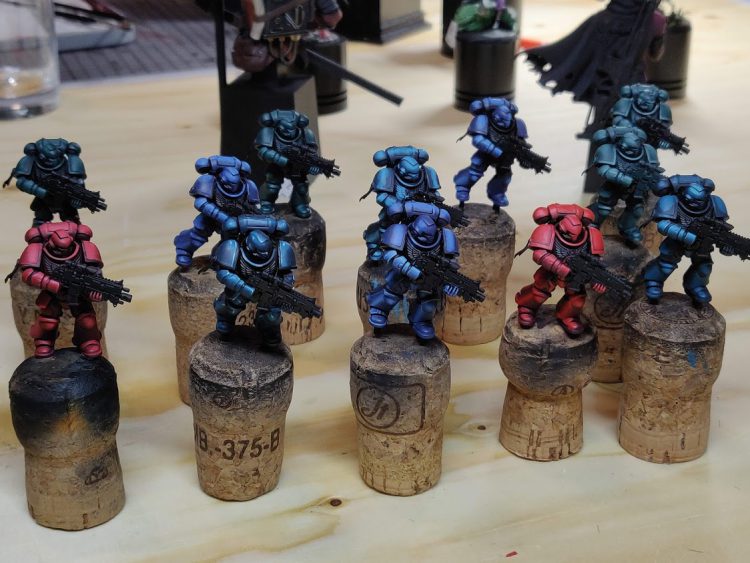 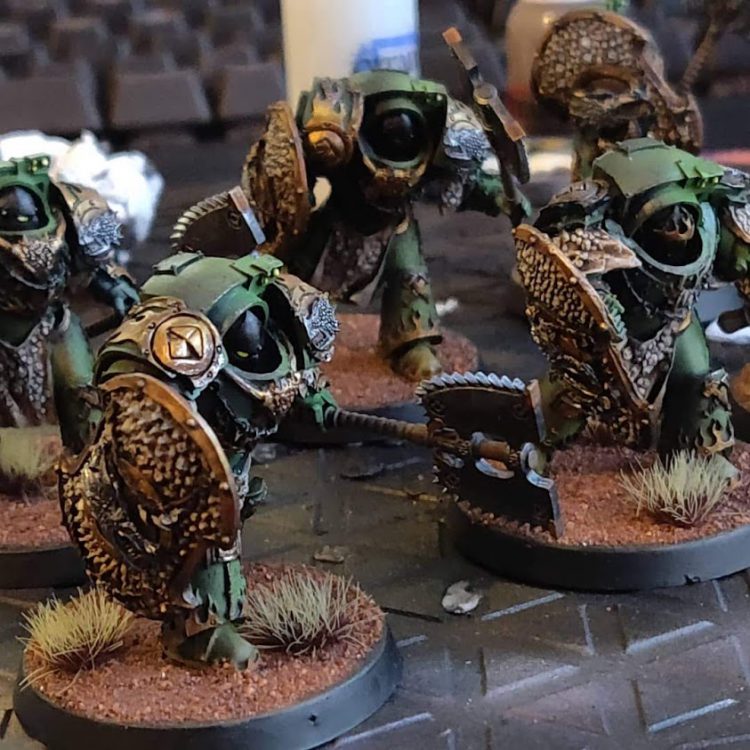 The Richard Gray course was eye opening – in that it opened my eyes to how bad a painter I am! I struggled quite hard on this one, but with Richard’s help produced a fairly decent, if a bit Blanchitsu, “monster skull”. I’ll admit I haven’t practiced these techniques since, but I might try to do something on my Titanicus. 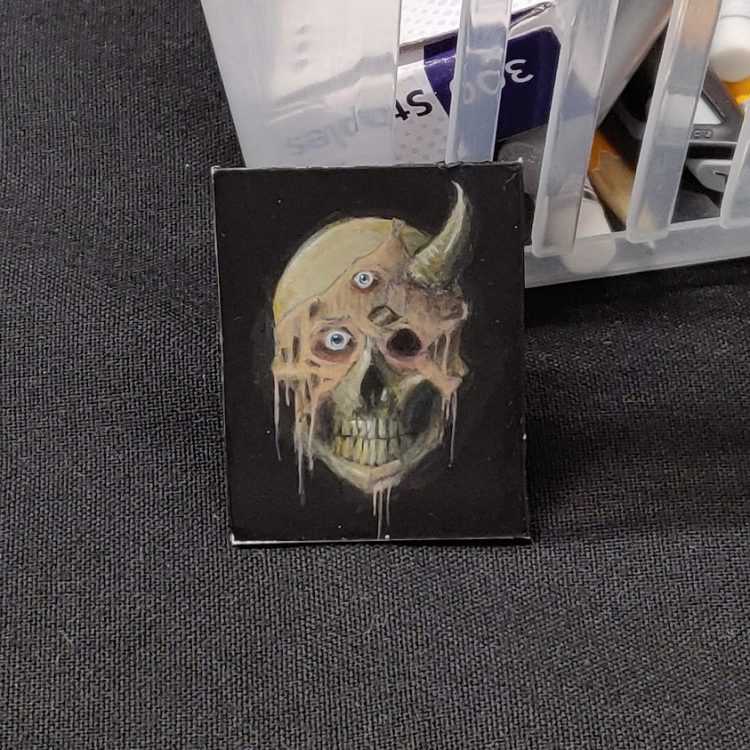 2020 is the Year of the Backlog (he says, having declared 2019 The Year of the Backlog…) and this time, I mean to stick to this. Taking the advice of my colleagues on Goonhammer, I went through my garage after the move and catalogued everything in my backlog – from Battlefleet Gothic, to Adeptus Titanicus, Horus Heresy, Kings of War…

The result was a Trello Board sufficiently packed with plastic and resin to make a grown man weep. Among that is a 4×4 magnetic MDF Zone Mortalis board from Maze of the Dead which I’ve been swearing I’ll finish for a year now – my wife has been looking at the parts she bought for it from my last birthday and tapping her watch. It’s now on the list (just after this Warlord Titan…) 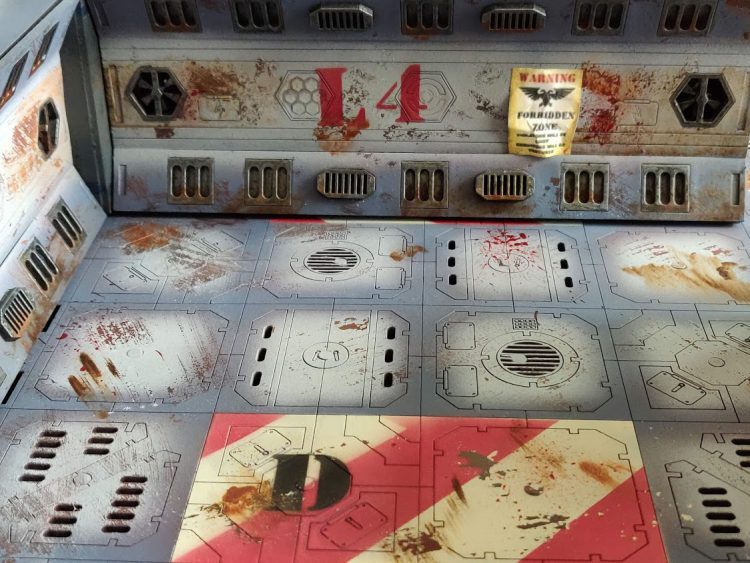 Look, I’ve made a start on the Zone Mortalis boards, alright? Get allllll the way off of my back. Credit: @LordTwisted

One thing I have added as 2019 comes to a close is a 4×4 Cityfight board for Adeptus Titanicus – this is about 1/3 complete in my garage, and is intended to be semi-modular tiles which terrain is then placed on.

I have bought a 3D printer, for DnD and Heresy purposes, and started to experiment with it – some of the early results are promising, but this particular part of the hobby is more of a mystic art than a science, with prints vanishing into vats of resin for no particular reason, and then printing without a flaw. I’m seriously considering investing in some Mechanicus-standard herbs, to do a few chants next time I turn the damn thing on! My wife has noted the irony of me now literally creating my own models to add to the backlog. At least terrain is quick to paint, right…?

I hope to be able to post, dear readers, as 2020 comes to a close, that I have gazed upon my backlog, and wept, as there was no more resin to paint.

And if not, there’s always 2021… Happy New Year everyone!