Making Predictions for Commander in 2022

By B Phillip York and Robert "TheChirurgeon" Jones
January 6, 2022

Well, 2021 is over; it’s time to look forward to 2022. And that means it’s time to make predictions about what’s in store for us in the next year that no one will ever hold us accountable for.

I think 2022 is really just going to be more of the same. Looking back at Hasbro’s strategy over the last few years, what we’ve seen is that they’re largely following a model of “more product = more revenue.”

To illustrate this, I’ve made this helpful diagram of the communications that’ll be coming from Wizards HQ:

The other big thing that is going on is magic is bifurcation.

On the whole, Magic seems to be splitting into two games:

All indications that the most popular part of magic is the in paper is Commander, which means that we can generally expect to see more Commander product on the paper side of things (Buy it).  WotC already more or less admitted that Commander legends was immensely popular, and so we can expect there will be another Commander legends (You need it). But let’s be honest, they are not going to just do one more Commander Legends; there will probably be one every 18 months from now on (Pushed Designs). I’m mostly okay with this, especially if they lean into bringing back mechanics, especially those linked to a specific commander.

Bringing Digital Innovations to Other Formats

I also think we may start to see an attempt to migrate the mechanics of Arena to non-tournament formats. For example, a push to include more cards in some sort of sideboard zone, to perhaps include the draft mechanic.

I think the “draft commander” format will receive more support, some kind of thing like Prismatic Piper, maybe with an ability “partners with commanders with less than 3 colors in their identity” or something like that. (Must have). I sort of expect to see new attempts to utilize the partner type mechanic, but work around since Tymna, Thrasios, and Vialsmasher are just so ludicrous.

I expect we’ll see a double partner commander before too long. I don’t think wizards will be able to resist it. (Get it). Something like a new version of Senn Triplets, where you can run THREE commanders. Why not. Buy it. Buy more. New. Must have. Buy.

I’d expect to see another jumpstart type set, that worked out fairly well and was fun, good intro, and also had some nice chase cards in it and beautiful lands. Obviously, all this is dependent on the pandemic. 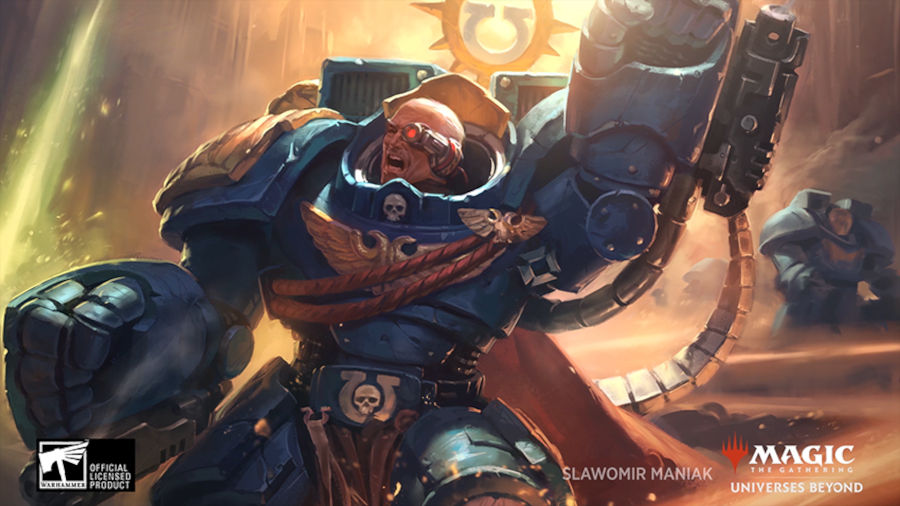 As we jump back into 2022 it’s going to be interesting to see how Wizards handles a resurgent pandemic; all signs pointed to the company ramping back up very hard and quickly with in-person Magic events, to the effect that I’ve heard several people tell me their local stores are now reserving Monday nights for Magic events, pushing out other games. That may be running into a COVID spike-shaped brick wall at the moment, but it’s hard to imagine they won’t continue full steam in a month or two as the curve settles back down.

The increased emphasis on in-person play makes dichotomy between their games even more interesting; in many ways Magic still depends on kitchen table players as the majority of the game’s players – those Mark Rosewater would term “disenfranchised.” Converting these players into FNM regulars has long been a focus of Wizards’ marketing and competitive play efforts, and the ramping up of in-person competitive play is a huge part of this.

And while I don’t have any firm usage stats, I’d suggest that Arena is nowhere close to capturing the majority of Magic players. The game is played by an estimated 40 million people worldwide, while Arena’s most bullish estimates put their projected audience growth at 11 million by the end of 2021. And part of this is certainly that Commander is a much more popular format in paper still, what with its politicking and multiplayer aspects. And that assumes that Arena will only pull from Magic’s existing pool of paper players, rather than draw in all new players who are more interested in a digital product.

I agree that Magic will continue to bifurcate its digital and physical products because each of these is reaching a fundamentally different audience with different tastes. How much like Hearthstone Arena gets will be interesting to see. Likewise, how they differentiate events will be as well. And in the end, whether these can be reconciled. It’d be a mistake to call digital the only future Magic has – after all, video games have been competing with playing time for Magic for nearly thirty years now; people don’t play paper Magic because there’s no digital version – they play it for an experience that only paper Magic can provide.

I’m still looking forward to this, if only because I’ve greatly enjoyed some of the more recent themed stuff they’ve done. And also because I’m a huge 40k mark and liable to buy anything with Chaos Space Marines on it. Give me an Abaddon card already.

I’m also very excited about this set. Both because I am a Vorthos at heart and always wanted to dive more into the lore of the war ever since I got my hands on the Antiquities comics as a kid, and because I am perversely interested in seeing how they once again break the entirety of Magic across multiple formats with another artifact-heavy set. Bring it on.