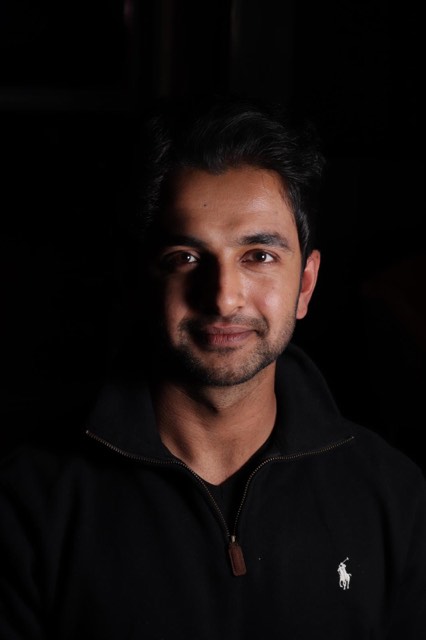 Last weekend the inaugural Beachhead Brawl was held in Bournemouth, on the south coast of England. Attracting 99 players means it’s the first big major of the 2020 season for the UK. We sat down with the winner of the event, Vik Vijay, to get his thoughts on how his tournament went, how that Iron Hands list performed for him, and what he thinks about the current state of 40k.

Hey Vik, thanks for talking to us, and congratulations on winning the inaugural Beachhead Brawl. Before we begin, let’s talk about who you are – where are you from, how long have you been playing 40k, anything else you’d like our readers to know about you.

Hey guys, big fan of yours and major respect for your contribution to the 40k competitive scene. Honoured to be here to answer a few questions for you.

I’ve been playing 40k since just after 8th edition dropped, so about 1.5 years now, and immediately got drawn to the competitive side of the game. The game just keeps on getting more interesting and fun as I develop as a player and I’ve met some brilliant people that I hope stay as friends throughout my life.

I’m currently based in the south-west of England, but will be moving to Birmingham at the end of the month, so if anyone reading this is up for a game shoot me a message on Facebook and I’m definitely up for it!

What were your thoughts about the event? This is the first year it’s been run – how was it?

Not just saying this because the event went well for me, but I’d genuinely say this is one of, if not the best, events I’ve been to. The atmosphere was great, the refs and TO were relaxed but kept things running on time and were organised throughout. Would highly recommend this one to anyone for future years and I’ll definitely be attending next year.

What kind of preparation did you do before the event? Do you have a regular group you playtest with?

I’m fortunate to be part of a brilliant team, ‘Dice Down’, with Malik, Konrad, Alex Petford, George White and Neil Robertson, they’ve helped me bounce ideas and game theory around which has helped me grow a lot as a competitive player. My local group in Gloucestershire is a bit more casual than competitive, but they let me try out some more competitive lists with them and are always following/supporting me through tournaments.

Your list is a little different to other Iron Hands lists we’ve seen recently. Can you talk us through your choices, and why you switched from the Chaos armies from your last couple of events?

I’ve been developing and running a version of the Possessed bomb list for the past few tournaments and having a great time with them. Unfortunately, I was running into an issue that against marines, even when the Marine players make a number of big mistakes and I was capitalising on them, it was still very possible for me to lose games due to the disparity in list strength.

I made a conscious decision that I would try to compete with a harder list in the next few tournaments, and here I am shamefully copying the LVO winning Iron Hands list. As soon as I saw the list, I was massively impressed by the design decisions the Brohammer team had made with it, making it extremely strong for the ITC format. Also, unlike more static gunlines (e.g Imperial Fists), I feel the list does reward player skill to an extent and if you are able to plan ahead on points with a strategy from the start of the game, it can be a tough game against any opponent.

I made a few tweaks to the list for flavour, dropping one Chaplain Dreadnought, a few Intercessors and running a couple of Impulsors with shield domes instead. This gave me a tough, fast, flying screen to help against Raven Guard and Blood Angels, as well as providing first turn protection for the Eliminators. The Eliminators also get an extended threat range and threat angle for their direct shots as you are able to disembark after the Impulsor has moved. Finally, the Impulsors allow me to play onto objectives very far from my castle, which can really tilt the primary ITC score with hold more/bonus.

How did your games go? Any particular standouts? That top table clash with Malik looks like it was really tight.

I definitely didn’t have the easiest path in this tournament, playing against some very tough lists and great players. I had 3 particularly tight games, the first was Round 2 against Phil’s triple Lord of Skulls list, he played very cagey and stayed out of range of my Leviathan. The firepower in that list is insane, but by giving him a number of easy kills on turn 1-3, I was eventually able to get my army small enough that he couldn’t draw line of sight to any more of my infantry, I slowly picked up the odd kill on weakened Cultist squads from there for the big hold more, kill more swings in the late game. He ended the game with all three Lord of Skulls still alive!

I then played Kyle in round 3, who was running Raven Guard Centurions with some Imperial Fist artillery. He played the game perfectly, completely denying me kills for a big chunk of the game, but I just about managed to keep the score close enough that I could pick up a big swing at the end of the game once he ran out of hiding room.

The finals was a one-point thriller against my team mate Malik and his very optimised Imperial Fists list. He had first turn, and the board was stacked with two huge magic boxes in the middle of the board and another one to the side. With his first turn he put his unit of Assault Centurions and a jump pack Chaplain into the center magic box, and all the Eliminators into the side magic box near his artillery castle. This was an awful situation for me, the Leviathan had to move into the center of the board to contest the middle objective or I’d be losing hold more and the bonus, but taking an extra turn of artillery fire puts me into an almost unwinnable situation. In my head I was about 4 or 5 points behind if the game continued along this projected path, I was essentially playing for a mistake from Malik’s side, not the greatest plan against one of the best players in the world! The game continued along, until on Turn 5, Malik opted for direct shots with his Eliminators, which proved to be slightly too aggressive and my Leviathan was able to pick them up, giving me a swing turn with kill more, hold more and the bonus. He was just able to kill the Leviathan on turn 6 and almost table me, but couldn’t catch up on points leaving me with a 1 point victory.

With two big wins and a second place under your belt, you’ve sailed to the top of the ITC rankings for 2020. Obviously it’s early days right now, but are you aiming to go all the way this year and head to LVO?

I’ve had a great start to the season so far, and this is the season where I’m going to try my best to compete, I feel I’ve got a decent grasp of the game now and this year I have quite a lot of time on my hands too.

Unfortunately LVO falls right on top of when I’m getting married! There’s still time to convince the other half that a Vegas wedding would be a classy affair, but it’s not looking likely!

Finally – how do you feel about 40k right now? Is there anything you’d like to see changed?

I absolutely love both the game and the community, it’s a brilliant hobby to have and I genuinely look forward to every game I play.

In terms of things I’d like to see change, it wouldn’t be right if I didn’t end on some Space Marine salt. The four changes that I feel would bring Space Marines (primarily, Iron Hands, Raven Guard Centurions, and Imperial Fists) in line without nerfing them into oblivion or losing the flavour of their mono-faction doctrines would be:

Now, back to painting the new models for the very first army I started collecting, Grey Knights! Thanks for having me on guys!

Thanks Vik! This is definitely a guy to watch for the 2020 ITC season. Unlike the idiots running Goonhammer dot com he’s smart enough to not to engage with social media, but if you want to keep up with his tournament results just pick a major UK event and have a look at the top 10 where you’ll be sure to find him.