The last RTT of the year! Chapter Approved is out along with all the new PA stuff. My AdMech are currently dormant after the mediocre performance at Renegade waiting for ITC changes, and my Road to LVO hasn’t quite started yet so it’s time to throw some marines on the table again after having some discussion with Top Hog Ryan. 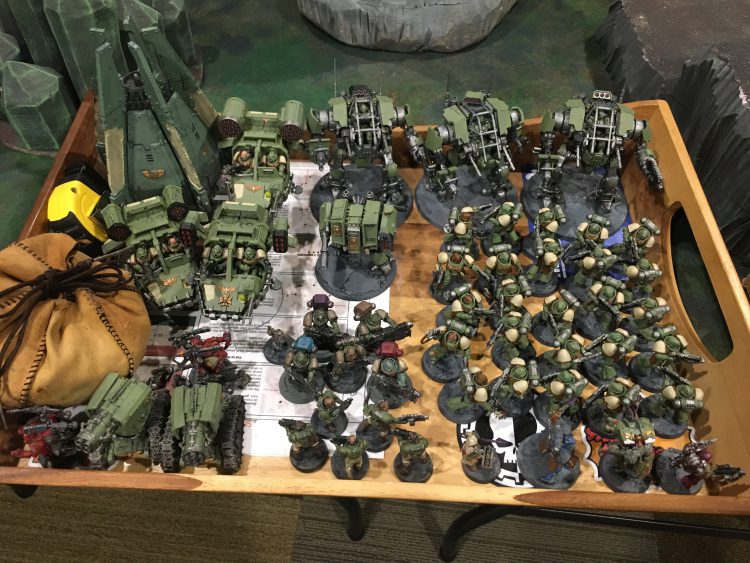 The list is essentially an Iron Hands “Good Stuff” brigade, taking advantage of Master Artisans as much as possible with distributed heavy weapons all over the place. The general plan is to infiltrate up the suits behind cover, assuming I’ll be going second, with the Speeders tucked behind a hill or ruin since they can move 16″ to get fire lines. The list also has a character dread that’s hitting on 2+ because of the Master of the Forge and Drop Pod full of Grav Devastators in addition to a nice core of 25 Stalker rifles and two Thunderfire Cannons. The spice I’ve added is an inquisitor for the ability to turn off Overwatch against the Captain as needed and to double-tap mortal wounds to dig out of wraps or push through invulnerable saves. I’ve also added the Ironstone to a repair/buff focused Phobos Libby to try to keep the Invictors up.

For this report, I’m going to try something different and do more of a highlights post of each game instead of the usual blow by blow to try to keep this a little shorter. I’ve had some feedback and will also use simple left/right/top/bottom directions with my deployment edge always being the bottom of the board. On to the games. 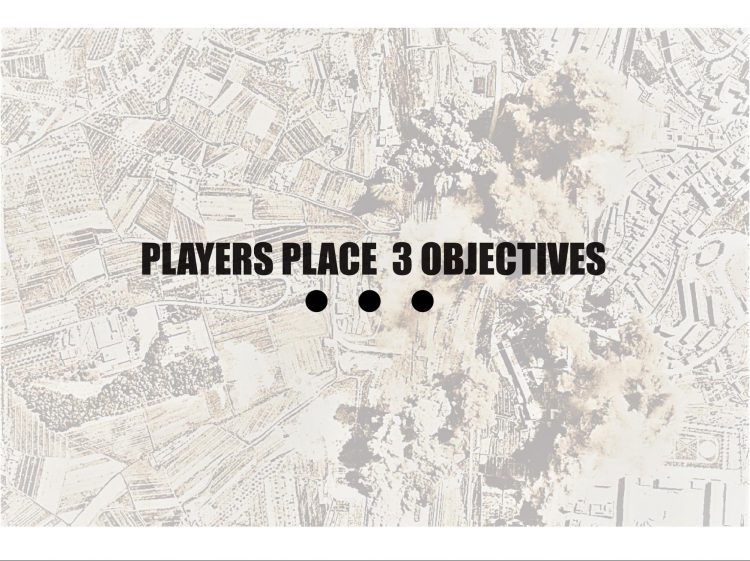 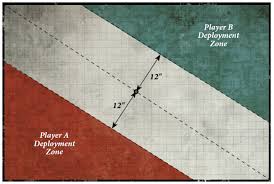 Dan “lost” the roll off and immediately said he was going first. Dreads basically on the line Venomcrawlers and disco lord ready to charge the middle, bikes on the 3 o’clock flank. My deployment as 2 of my Invictors hidden behind the left L blocker, the third with the ironstone Libby in the top left ruin, all my Intercessors behind my hill or in my center bottom ruin, and speeders in the the bottom left corner. I did try to seize but failed.

Dan came into the middle cautiously, trying to thin out the Invictors before committing to the middle.  However his shooting was poor. His Venomcrawlers didn’t tier the Invictor they could see and his Levis failed to kill a Speeder that was a little out of position and the Ironstone kept the top left Invictor alive. I picked up a Levi and a half in my shooting in addition to Tremor Shell-ing his Disco Lord and bikes while getting all the dreads into combat.

Dan charged into the Invictors, killing two of them but one exploded killing several characters and a Venomcrawler. My shooting cleared the dreads, Venomcrawlers, Disco Lord, and most of the bikes. He did some final grabbing of objectives, scored another kill and called it.

Honestly, I won this game in deployment. Dan’s gameplan wasn’t exactly subtle and is a little short-legged. I was able to use the L blockers and hills to protect my stuff from his shooting so I had a fully powered counter attack and I’m setup to take out a lot of vehicles. Putting me on Top of turn might have let him be a bit more cagey and counter deploy but I do out-range his shooting and would still hide the Invictors. 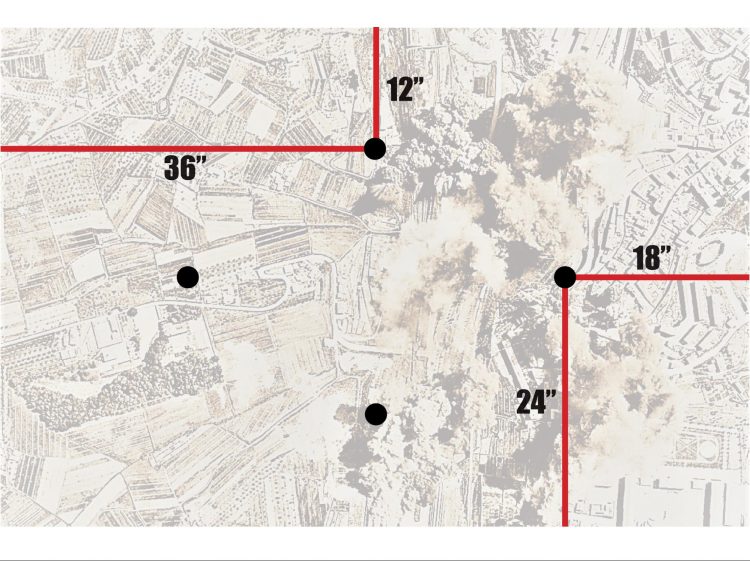 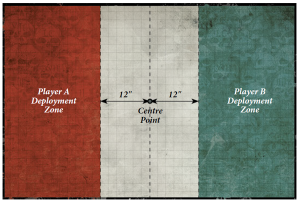 I won first drop and took the middle with my first Invictor. After that we did our alternating thing, him with on Invictor on my right, and the rest of the deathball on my left or behind the L blocker. My stuff was mainly in the bottom center, with the speeders to the right behind a huge square impassable building. I tried to seize since the Invictor trades would be important and failed.

On Drew’s first turn he creeps forward with his Raider fully buffed up. The Tac Marines get out to toss a  melta bomb and sure enough, all three of my Invictors are down. The multi-meltas blowing through my Ironstone and everything being far to close to gain stealthy. My counterpunch was pretty solid but I got greedy with my grav pod: it split fire and failed to kill the engineering Impulsor or one of the Invictors. the remaining shooting cleared 2 Invictors and the Tac Marines and we tie kill more.

His turn two he commits the aggressors to deal with my L block Intercessors and turns his backfield around to deal with my grav pod. The aggressors kill 8 of my Intercessors, my captain who was a little too close and got caught in a fight again when I was getting cute with which models I was pulling, and wrapped a Sargent who did not bail out. The grav bois lived with one grav cannon remaining and he failed to charge and kill him. I respond by finishing off the engineer ride and troops who got out, psychic out as many aggressors as I can and commit more Intercessors to the brawl to try to finish them off. I shoot at the Land Raider as that’s all that’s really left and do some damage but ultimately don’t do enough and he gets to repair it again.

On Drew’s third turn the Aggressors get out and charge my casters, killing the Libby, while the Raider now moves centrally to start picking up speeders and I run out of gas. I finish the Aggressors off, and continue to try to kill the Raider and put wounds on Bobby but it really isn’t enough. I wind up functionally boarded even though I ride it out to the end of 6.

Drew played a killer game. The Achilles having a 4++, repairing 4 wounds a turn, being -1 to hit, and being T9 was an insane nut to crack. I did something like 30 wounds to it over the course of the game but it never went down and by the time Bobby broke out I was depleted and just got run over. His using my engineering transport trick was pretty :chefkiss: as well. I chose my secondaries (King(bobby)/BGH/ Oldschool) completely wrong. It should have been Kingslayer on the Chronus Land Raider and Gangbusters and settling for 3 off of the aggressors and honuor guard. My shooting priority was poor as well. I should have either committed the grav pod to trading the Land Raider instead of going for secondary denial or ignored the raider completely and just clear his backfield with my direct fire shooting. Finally I also played my smash captain wrong, playing too aggressively. I was thinking about the Land Raider with his movement when I should have gone after the aggressors and I could have even taken them out on 1 if I just threw him out there and charged through the L blocker.

A lot of that is inexperience: I’ve not played with a smash captain since the Castellan days, and having my deep striker be a trade piece instead of a backfield harasser is certainly different.  However, still an excellent learning opportunity from an excellent opponent and friend. Thank you, Drew. 🙂

Game 3: CSM Mullet: Night Lords in the Front, Alpha Legion in the Back 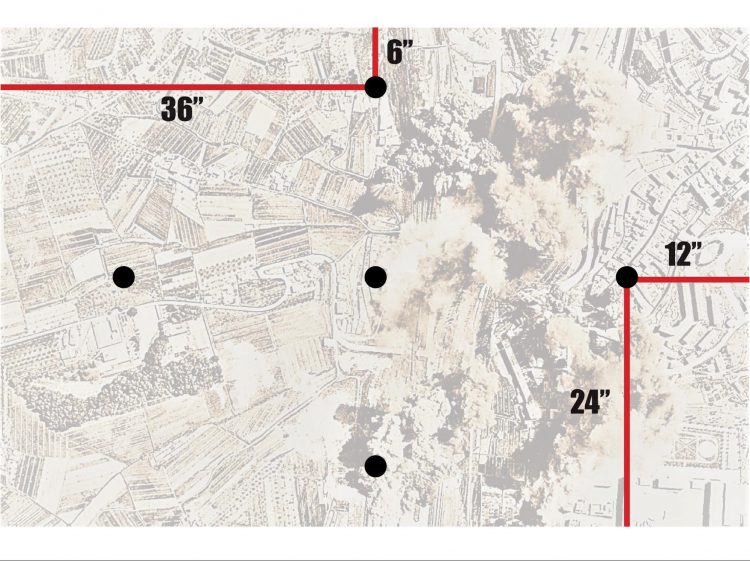 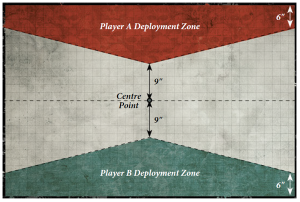 Chris put me on first turn. I split my deployment: A Thunderfire and Speeder on each terrain feature in the corners with 10 Intercessors each ready to jump out and fill up space, Invictors around the Ls, 2 left, 1 right, character pile in the middle to hold my bottom objective and make a run for the center. He castled hard in the top left, using his ruin as best as he could with his Terminators and Raptors off the table.

My first turn of shooting was rough. I took a Contemptor, both his engineers, most of his cultists and got the bonus. His turn one return fire was anemic: Killing a speeder, but losing his prince in Overwatch to the speeder and Intercessors in the bottom left corner. My turn two I took out the Havocs, the remainder of his troops, and another Contemptor. His three the Raptor squads then came down and made their charge into my Intercessors in the bottom left while the terminators double shot and killed my Invictor and a Speeder. Unfortunately for him his raptors didn’t stay in combat when my last Intercessor re-rolled his morale test in order to flee. This left them open to being shot off the table with the Thunderfires while the Terminators ate a full salvo of Grav from the drop pod Devastators. Chris was boarded on 4.

Chris is in early beta testing (for him) of the CSM book so he wanted to see what going second was like, and it wasn’t great. His current list has a conundrum: It wants to go second because of the Deep Strike counter punch, but his army needs to go first so his Deep Strikers aren’t zoned out of the entire table.

Chris’s Notes on his army:

Warp talons were amazing for what they do, take Overwatch and obliterate infantry. The Daemon Weapons were both great, I’m especially liking the daemon prince. The terminators were good, but over costed. most of my failure was an unfamiliarity with the army. Deredeos are better than contemptors by a lot especially with the extra guns. [I’ve] just gotta throw the prince at the right target to keep him locked in combat so he lives. That’s what I failed at mostly.

Invictors: Even going second. Working around L blockers having them being threats that force cautious movement is fantastic.

Speeders: A lot of damage on a sneaky fast platform. I don’t know if a brigade is worth it but these guys are excellent slot fillers.

Sneaky Ironstone: He proved himself game one when he just denied a kill turn one. There is something there to an Ironstone just being around.

Smash Captain: A high skill piece that I played wrong every game. He always got killed before I used him.

Grav Pod: Felt amazing but doesn’t really trade correctly. I also hate giving my opponent a pod they can touch to be safe.

Stalker Intercessors:  They were fine. Having some additional anti tank was nice but the lack of mobility bothered me. For 10 Intercessors and 7 points you can get 10 Scouts in a rhino.

Did you know Chaplain dreads are not relics and you can just run 3 of them? Three is probably too many but I bet two feels real good. A big problem I have with Marines is they are just not great HQs and for ~170 points you get a an excellent melee threat that has two lascannons and a storm bolter taped to him. Since a heavy bolter and 2 missiles cost like 87 points, that’s kind of a steal. I’ll also have my Impulsors by the next time I play marines so I’m sure I’ll be looking at doing some Intercessors-jumping-out-of-rides nonsense. Finally, I didn’t super like the grav pod, but I do own 6 grav Centurions and I heard Raven Guard lets them do some real nonsense. All that will be on the back burner for a bit though, because I’m on the  Road to LVO, and am currently stuck on a weird hillbilly yacht and they won’t let me get out to use the restroom. Until next time.