Narrative Spotlight: The Fate of Sanctuary 404 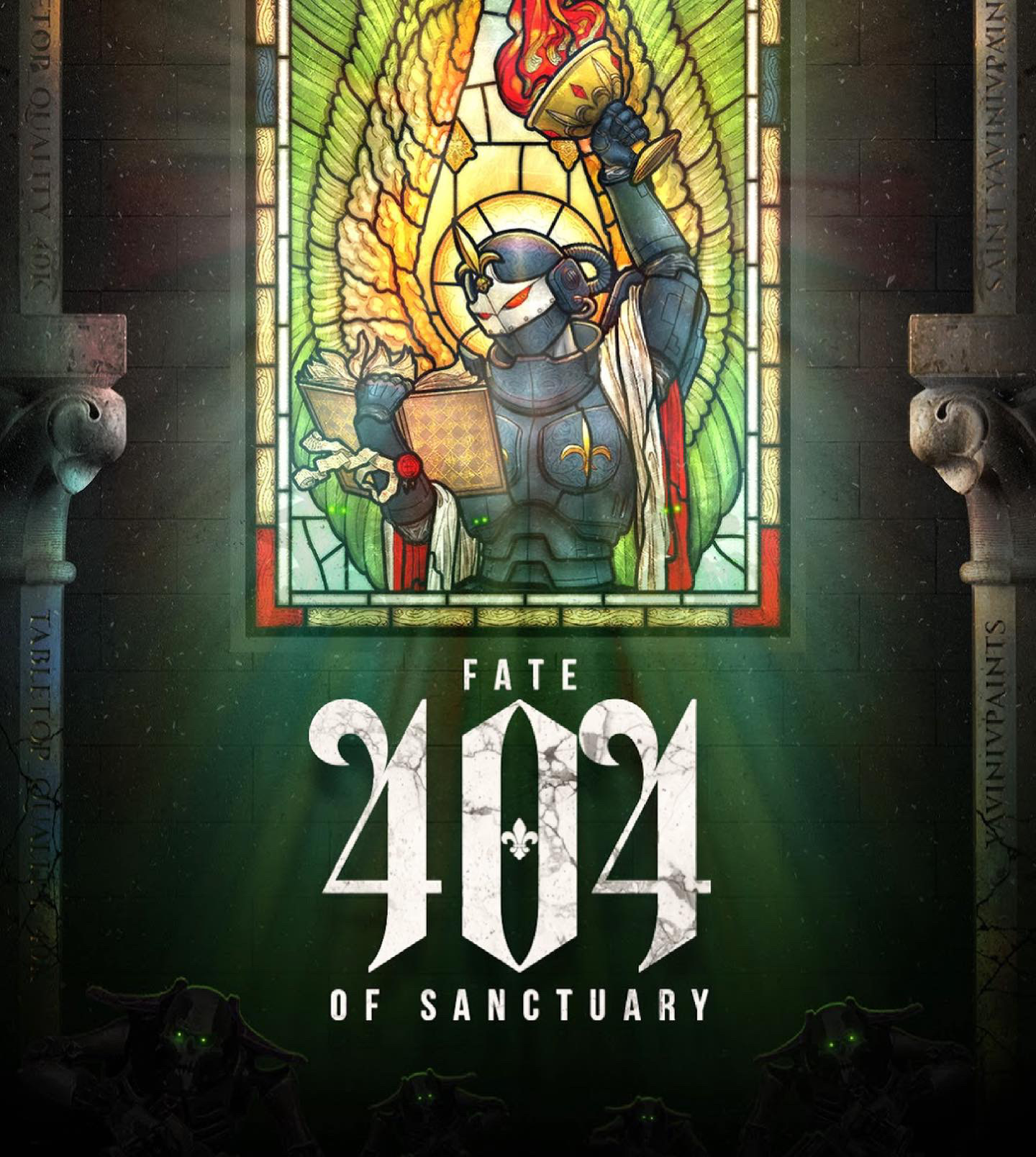 Something brought to our attention late last week is the Sanctuary 404 Campaign, a mass campaign of a different sort being run by @tabletop_quality_40k and @yavinivpaints through Instagram. The premise is neat: You help determine the fate of Sanctuary 404 by submitting painted models, lore, or photos of your armies and battles. If you feel up for it, consider giving it a shot.

And if you’re not, then it’s a cool way to see lots of cool minis and other content.

The Fate of Sanctuary 404

On the planet of Sanctuary 404, an isolated Imperial world, the Sisters of Battle call for aid against a rising Necron threat. As Imperial and Necron reinforcements arrive, other forces plan to claim the planet for themselves.

The fate of Sanctuary 404 now hangs in the balance. Will you join the fight?

Some of the things you’ll need to know: 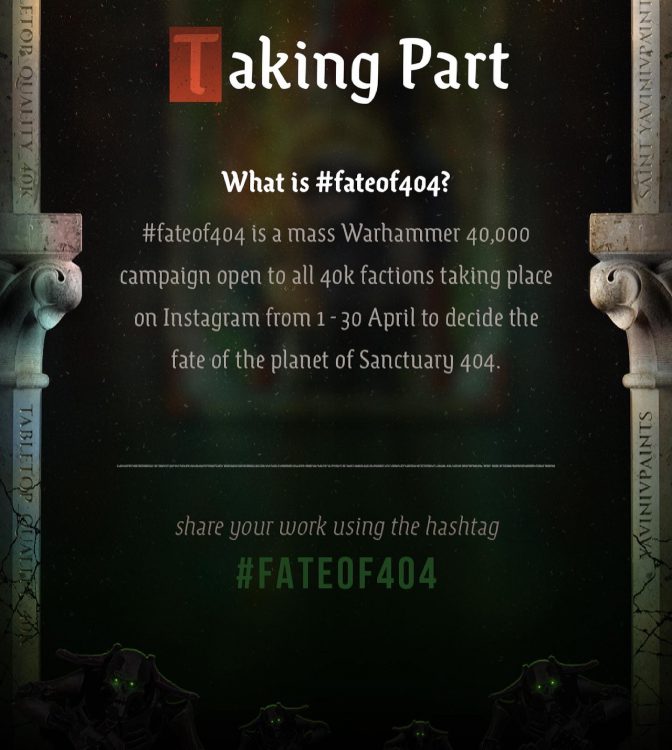 How do I take part?
Simple – use #fateof404 on your posts and stories to tag and share your work. 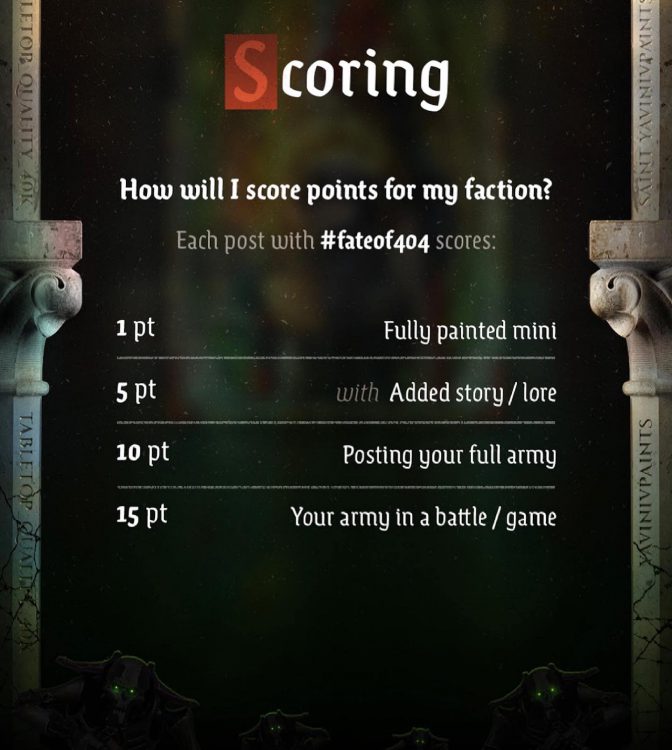 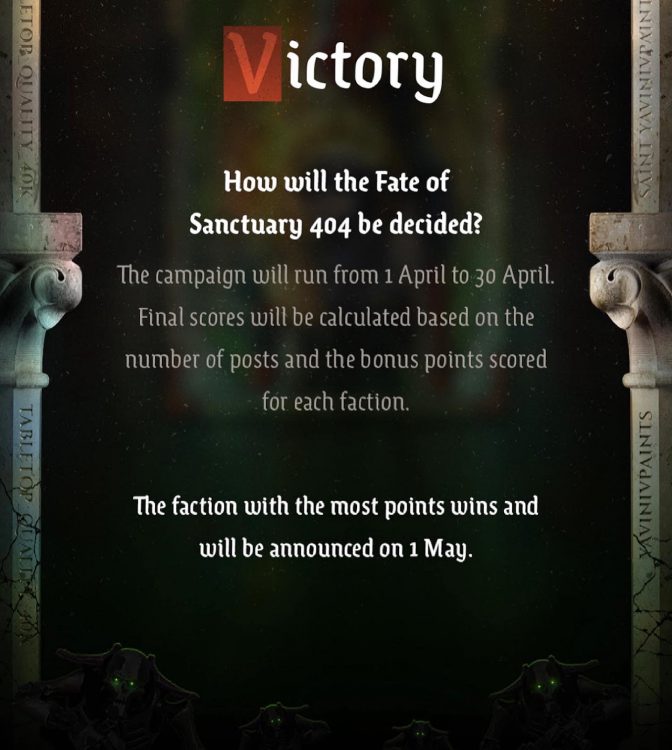 How will the Fate of Sanctuary 404 be decided?
The campaign will run from 1 April to 30 April. Final scores will be calculated based on the number of posts and the bonus points scored for each faction. The faction with the most points wins and will be announced on 1 May.