Necromunday Round Table: The Times, They Are a Changin’

Howdy Scummers! This week’s Necromunday article is inspired by an email we recently received from a fan, asking us about the new content.

While we’re generally excited and on board with all of the changes to the game, Necromunda has been around for more than 25 years now (oh god, we’re old) and the current game and its releases are definitely a departure from the game that first charmed people into the underhive all those years ago. So the questions we’re answering this week revolve around changes to the modern game, what you can do about it if you don’t love the new releases (though we do), and how to handle new releases that come out in the middle of your campaign.

What do you do as an arbitrator if you (or your group) aren’t on board with the new releases?

Maybe you think they’re too powerful, or that they change the game too much. Maybe they significantly change the way gangs progress and kit out, or they change the feel of the game altogether. Is this an issue or is it “time to get with the times, grandpa?”

SRM: My hot take is “get with the times, gramps”

Genghis Cohen: I mean, it’s easy to dismiss it as grognardism, but it is fair to say that a gang where everyone actually uses a medley of basic, cheap weapons  and there are 1-2 special things is a very different look and atmosphere to a campaign. The gear progression in Necromunda rapidly outstrips XP and Advances, I usually have no autoguns left (and any shotguns are firing executioner shells) by a couple weeks into the campaign.

Now I find that a more interesting way to play the game, but if people want to do a more classic/gritty/low power campaign, it’s easy enough. Just cut income and/or don’t include many extra-income Rackets or territories. Then alter the trading post, either by removing the multiple-action rarity bonus, the rep bonus, or both, or impose a flat rarity increase. Similarly, you could edit the house lists and/or vet starting gangs to ensure they’ve taken bodies, not fancy weapons.

As I’ve said, I do think that’s more boring. But the option is there. Bear in mind the cost of critical injuries means that without income, your gang can easily end up shrinking significantly over a couple rough games. Again, part of the game if you like it that way.

Fowler: Another important question is about the players. Do they also have this same purist sort of vision? Are they excited to field the newer gangs and models?

Merton: Agreed, the players in a campaign are really going to be the ones who should be influencing this decision. There’s plenty of Arbitrator-side adjustments to be made to lower the power ceiling in a campaign like Genghis mentioned earlier, but if folks just want to crash their gangs into each other while shooting off all manner of bizarre high-powered weaponry, interest is going to wane rapidly.

I’m all for giving players as many options as possible. Part of the beauty of Necromunda is that, thanks to the regular stream of new content, the Underhive is constantly in flux. With the game’s ever-increasing level of complexity it can be a bit daunting, and occasionally one or two rules interactions of combinations will prove overpowered, but it’s on the Arbitrator to evaluate these on a case-by-case basis. Striking out an entire sub-system (like Tactics Cards or Genesmithy), or ignoring entire books, is doing both yourself and your players a disservice. Just jump in!

SRM: If you want to play your own no items, Fox only, Final Destination version of Necromunda be my guest but that’s the sort of thing you really should talk to all of your players about beforehand. If someone rocks up with their cool new hoverboard aspirants or whatever and you tell them to put them back in the box, it’ll leave a bad taste in their mouth and they probably won’t want to play with you again. If you want to play the Indexhammer equivalent of Necromunda, just use the Gangs of the Underhive book for all of your players. If you want everyone to be just a bit shittier, you could bump up all the rarity rolls needed in the Trading Post by 2 or something like that. There’s a lot of little knobs and dials you can turn to make Necromunda yours, so long as everyone involved is on board.

Fowler: N17 has a lot going on, and I understand why an arbitrator would want to reign that in. Having to manage content from potentially 10 books is daunting. Some food for thought, Yaktribe is working on a community edition of N17! Take a peek at the results of the YCE survey for some ideas about what fellow players and Arbitrators are thinking. A quick TLDR:

I’m mentioning this survey in terms of contextualizing the biggest ambiguities and questions marks out there. While I understand trepidation about new toys shaking up the delicate balance, even a reasonably vanilla campaign has to face the above problems head-on. The deepest issues a  campaign will face are unlikely to be related to a Corpse Grinder gang showing up and knocking out a cross-board charge – it will probably be a “feel bad” about a basic rule interaction that is not entirely clear.

Dan: If your players don’t like new releases, then you’re kind of up a creek if you don’t agree! But not all is lost! Sometimes all it takes is a friendly conversation to remind someone that Necromunda is all about fun, and that someone else’s fun might not exactly match up with theirs. After all, just like in any relationship, communication is key!

Should you let players use a new book (Chains, Blades, etc.) in the middle of a campaign?

Dan: I’m always down to let players use new rules in my campaigns. I think things are a little bit different now that there are 3, and soon to be 4, House gang books out. When it was just Goliaths, there was an obvious imbalance, but now that half the gangs have their own supplements, it makes a lot of sense to onboard new rules as quickly as possible.

Not only would I allow new rules in the midst of a campaign, I’d even allow players to “re-rack” their gangs to take advantage of the new stuff! I’d give them the opportunity to fire 2 or 3 old fighters and use their credit value to replace them with new characters drawn from the new rules (with no XP and adhering to gang comp rules, of course!). New stuff also has the dual purpose of fomenting more engagement, which is always important, especially late in a campaign.

Fowler: I love that idea. Hell, I encourage any arbitrator to offer an option to re-rack for gangs that are at the bottom of the heap. Having been there and done it on my own dime, it went a long way to keeping me invested in the campaign.

What kind of adjustments should you make to raise up “bookless” gangs to the level of the others?

Dan: There’s a lot of things you can do!

And that’s not even close to all you can do. I’m sure my erstwhile colleagues will be able to provide even more ideas to help your players overcome any shortcomings.

Fowler: Like I said above, any bookless gangs should have juves count as gangers for composition. I’m willing to bet a shiny las focusing crystal that this will be a constant for the back half of the books.

Merton: Juves with the Gang Fighter rule is the big one, it’s a nice little quality of life improvement that encourages folks to bulk up their Bottle numbers with an extra dope or two with a Smoke Grenade or Autogun. I’ve also allowed my bookless compatriots to treat Wargear from the Trading Post of Rare(9) and lower as being on their House’s armory, mostly to grant early access to Medicae Kits and Undersuits and such.

Aside from that, I’ve taken a hands-off approach to changing things up, especially since we’re tipping well past the halfway point on the House books. Of the (currently) three remaining gangs, only Cawdor really needs a hand, and I’m confident that a new skill list that isn’t Ferocity is going to bring them right back up where they belong.

As for the others, I can’t fathom a world where very many players are begging and pleading for Van Saar and Delaque buffs. Escher needed a boost and they got ‘em. Orlocks were desperate for an identity and some oomph and they’re rollin’ in it now. Everyone else that’s left could use some tweaks and some more options, but I think that the general power level of the remaining gangs is already in the right place.

Fowler: Adjusting rarity for bookless gangs really appeals to me – it will encourage players to kitbash options that generally won’t be taken with those gangs. Great excuse to give your Cawdor something weird!

I have a friend planning to buy the Van Saar Dice. Should I just end our friendship now or wait for them to show up to a game and try to use them? 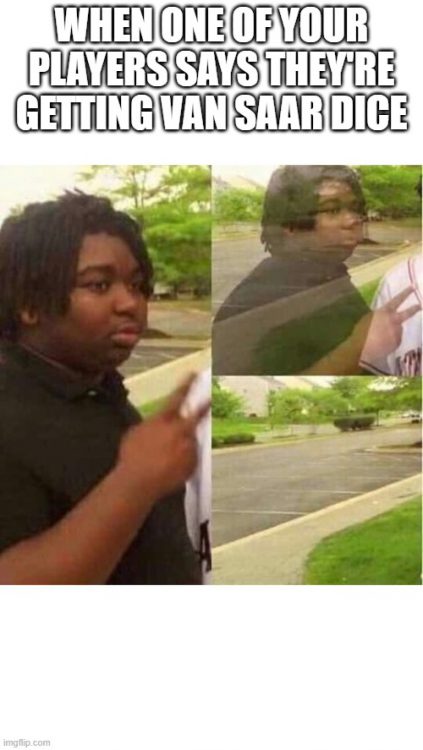 Merton:  I’m honestly surprised that they didn’t save the frustratingly unreadable dice for the Delaque release.

That wraps up this week’s Necromunday round table. We’ll be back again next week to talk about more of the good stuff coming out. In the meantime if you have any questions or feedback, drop us a note in the comments below or email us at necromunday@goonhammer.com.