With the release of the 2021 Grand Tournament Missions pack for Warhammer 40,000 a lot is set to change for competitive play. We asked former ITC Champion Nick Nanavati and co-founder of the Art of War 40k to put to paper some of his thoughts on the new secondaries in the 2021 Grand Tournament Missions pack and how they change the competitive landscape. 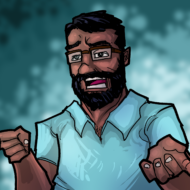 The meta of competitive 40k is an ever-changing landscape with new armies, supplements, and rules updates entering and exiting at various speeds. Some changes have broader impacts than others – a new army gaining access to new stratagems or an Army of Renown may have a relatively minor impact, while other changes may change the structure of competitive play entirely. The new 2021 GT Missions Pack is one of the latter.

Goonhammer has already talked about the specific changes (check out that article here), so in this article I’m going to talk about how these changes will impact the meta, how I expect players to adapt, and what these changes mean for your army.

While overall the secondary objectives we have access to are largely the same conceptually, many have been refined in such a way as to make them more appealing or useful in niche circumstances.

So what are the big takeaways here?

More of the Secondary Objectives are Viable

It’s very common for players to struggle with secondary choices against these archetypes (especially when playing an army that doesn’t have Codex secondaries to fall back on), hence the common refrain of:

“I don’t know what to take so I’ll take Engage and Scramblers, I guess”

Many of the GT secondaries had very subtle yet powerful changes which can open up a variety of options for players to explore in the new mission set.

The change from Domination – controlling more than half to controlling 3+ objectives and more than your opponent – means that this secondary is functionally the same in many of the missions and more viable in the 6 objective missions than it was previously. It may even be a more viable option from the Battlefield Supremacy category than the commonly taken Engage on All Fronts: You can now simply hold 3 objectives on your side of the board and shoot off or contest an objective your opponent controls to score 3 victory points. This can also be very useful in preserving your own units since they aren’t being used to score 2-3 points by crossing the dreaded half-way line of the battlefield and being put into exposed positions.

We did it, folks. As a community we banded together to Deploy so many Scramblers that we successfully deployed them all. Consider those signals scrambled. Now it’s time to retrieve Octarius Data. This secondary is much less of an all-or-nothing proposition than Deploy Scramblers, but also requires a fair amount more effort to accomplish with players needing to complete the action in 4 different zones (table quarters) to score the new max of 12.

I think this secondary will be taken much more often than Deploy Scramblers was simply due to its gradually scaling nature. You may also see an increase in chaff units, especially fast ones such as Furies, being used to score this multiple times per game. 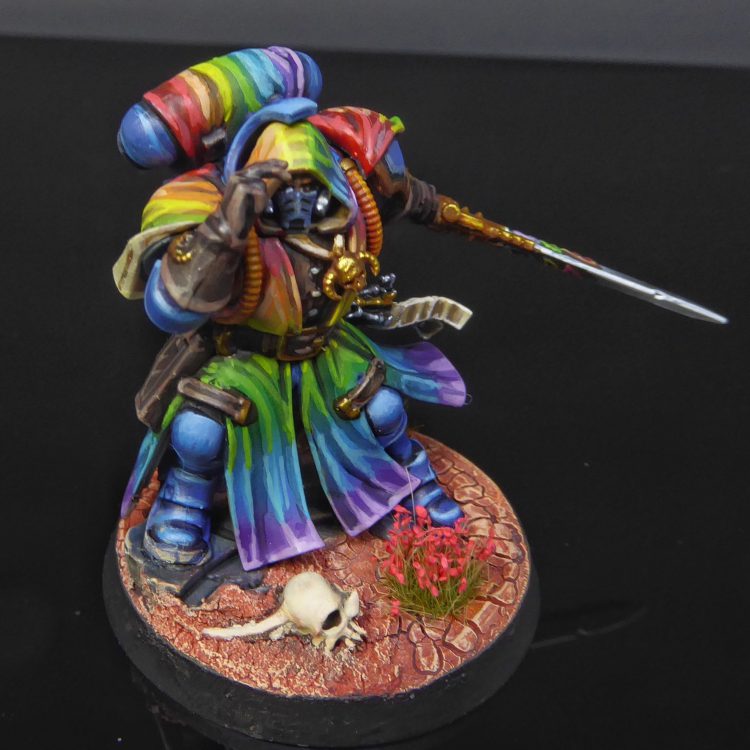 Previously Psychic Ritual. This secondary also became a sliding scale of points, going from being either 0 or 15 depending on how many times you successfully completed the ritual to giving you 3 points for one time, 7 for two, and 12 for 3+ completed. This type of change is exactly what secondary objectives need to move from the “Risky” to the “I Can Comfortably Build Around This” category.

This secondary was also tweaked, receiving a relative “side grade.” It requires line of sight to use now but gained 6” on its range, making it a perfectly viable secondary along with Pierce the Veil to act as a fall back strategy for when you really shouldn’t Warp Ritual.

This might be the biggest single change to the secondary objectives since it adds another viable secondary in the Shadow Operations Category. Forcing your opponent to be wholly within 6” of the center to shut you down is actually a huge boon for this secondary compared to before, and here’s a few reasons why.

This can be very detrimental to their strategy if they’re playing an army that wants to stay away from you. If you need to close the distance between you and your opponent, but don’t want to take a turn in No Man’s Land, Investigate Signals can very easily force them to come to you. This can be especially powerful when coupled with powerful combat abilities that really punish the opponent for giving up charges, such as the Contorted Epitome’s or Fiends’ ability to trap units in combat, or Hormagaunts with their 6” Pile-in and Consolidate moves.

A word of caution, however: You should not take Investigate Signals without building a legitimate strategy with it in mind as a key factor. Investigate Signals is not a secondary you ever expect to score more than 6-9 points on, but rather one you select to gain tempo to hopefully win in the other aspects of the mission. The goal of this secondary is to trade points for the value of making your opponent come to you; and the value of that will likely vary game-to-game.

Planning for the new Secondaries

The significant improvements to Warpcraft secondaries make them worth consideration: You will almost always want to bring a psyker in your lists these days just to have the option to access these powerful secondaries.

Having the “base” secondaries of Stranglehold, Engage on All Fronts, and Retrieve Octarius Data (and Warp Ritual for those armies that can field psykers) make for three secondaries that you can reasonably build around to always be able to score with basically any faction.Their predecessors – Domination, Deploy Scramblers, and Psychic Ritual – attempted this but really fell short. 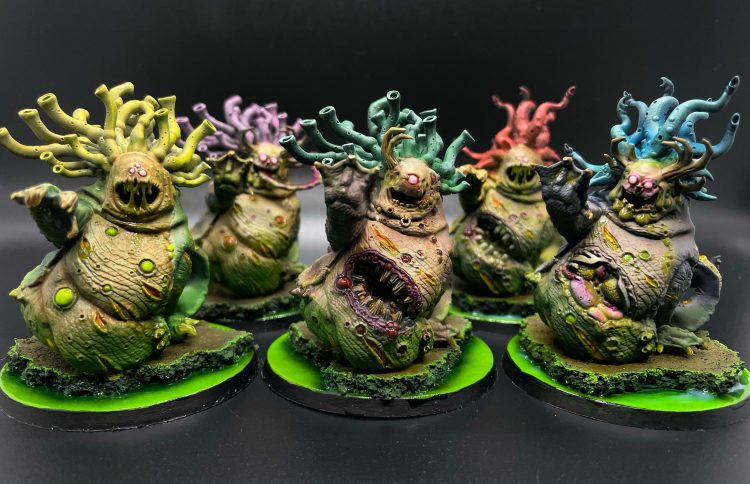 From a meta-impact standpoint you may see a decline in units like Scarabs, Tyranid Warriors, and Beasts of Nurgle, though their numbers weren’t terribly high in the first place. While being a buff to vehicles, monsters, and characters I don’t think we will see a huge spike in their numbers due to Bring it Down and Assassinate being direct counters to spamming those unit types.

You get 4 points for killing one titan now, which makes taking a single Knight or other Super Heavy not nearly as punishing. Giving up 10 points on a secondary isn’t a deal breaker when determining whether to take a super heavy in your list though. Generally speaking a single super heavy needs to be taken methodically and be built around (see the “ancient” Castella/Astra Militarum list). I think this is a nice quality of life bonus for those who like to splash a super heavy, but won’t make much impact on the meta overall. 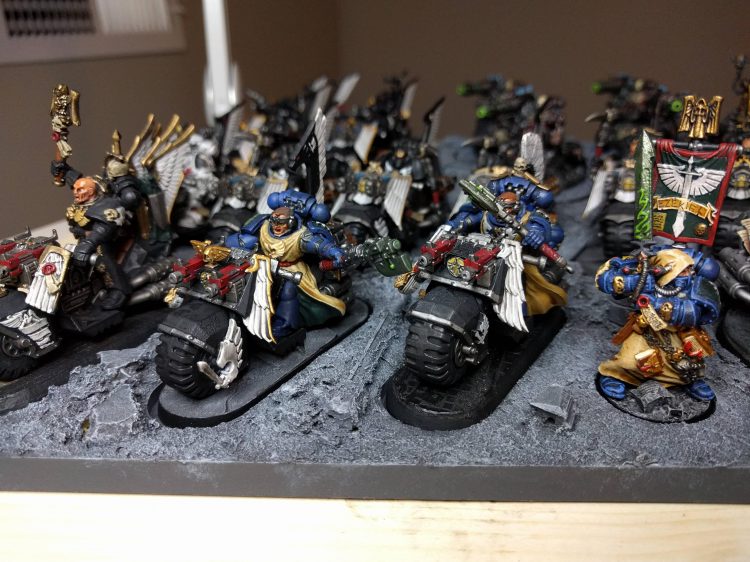 With the 2020 GT missions pack, some army lists were designed to score as close to 100 points as possible completely irrespective of their opponent or the mission. I’m looking at you, Dark Angels and Death Guard. These lists were able to achieve success with this strategy because many generically available secondaries were pretty awful competitively, and they had access to a consistent set of secondaries they could score irrespective of external factors.

Now that we have a larger variety of viable secondaries to choose from, players will be able to build more secondary capability into their list. Well designed lists will now be able to oscillate between a variety of generic secondaries from three different categories now against any given opponent.

Ignoring your opponent doesn’t work when everyone can do it. If nearly every army is capable of coming up with a viable way to score ~100 points regardless of opponent or mission then that is no longer a unique advantage, but merely a prerequisite to compete. The factions and lists that previously relied on this strategy will need to adapt to do more or be left behind. 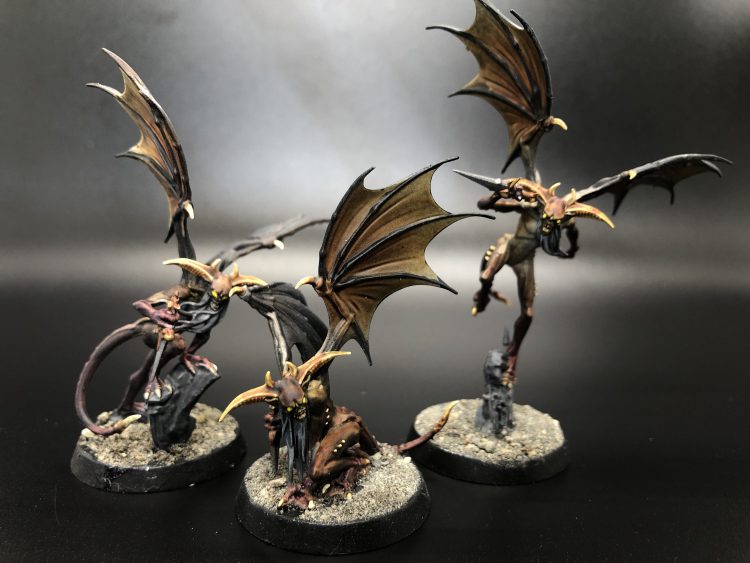 Successful Armies Will Be More Diverse

One thing that’s been a constant in 9th edition is the balance between powerful, points-efficient units and cheap, action-capable, chaff units. A plasma inceptor unit might be points efficient when shooting, but they make for a horribly points inefficient objective contester, screening unit, or action unit. With the new mission secondaries having a larger number of viable action secondaries, it will be more important than ever to take more mission-capable units instead of just focusing on those with raw power at their expense. It’s imperative to be able to do more actions around the table to better accomplish Retrieving Octarius Data, and also block your opponent’s Investigate Sites.

The new secondaries really encourage you to be able to fluidly change between many of them based on your opponent, the terrain, and mission and building a diverse, secondary-capable list will be a requirement for building successful armies. This doesn’t mean you should take Cultists over Poxwalkers to do actions; rather it means going out of your way to take multiple units of Furies, adding Rubrics, Dark Disciples, etc. It means it’s time to take your secondaries seriously!

First choice secondaries are the objectives that your army is made to do. You actually listened to my advice and you built your army to play the mission, and these are the secondaries you had in mind when doing so.

Second choice secondaries are the secondaries you built capability into your list for. They don’t work every game, but if you have ~3 of these should work to complement your First choices.

Engage on All Fronts and Retrieve Octarius Data are great First Choice Secondaries. They are completed in your turn so your opponent can’t stop them, and they are pretty much entirely movement-based, meaning they are fully in your control.

Warp Ritual, While We Stand, Raise the Banners, and Stranglehold are your Second Choice Secondaries. None of them are foolproof. There are missions and theoretical opponents where some of these secondaries just don’t work. Nonetheless, they all work a lot of the time, and even if they can’t score you a perfect 15 points they aren’t a bad fall back.

The goal here is to always have 3 viable secondary options, which means relying on two, and have a rotating pool of 3-4 to choose from given a scenario. To do that, your army will want to include lots of fast, action-capable units. You should also include a psyker or many, and you’ll probably want to at least think about what your most expensive units are and how they play on the table.

The new mission secondaries could have certainly done more to impact the game. Whenever there are adjustments to a mission set there is a chance that the foundation of 40k and the way the game is played could completely change. This was not the case here however. Most of the mission tweaks were alterations to make some secondaries more attractive when compared to their alternatives. 40k is in a relatively great spot, with its core mechanics being very sound. I’m glad this opportunity was not over exercised by Games Workshop, and they didn’t fix what wasn’t broken. These mission changes leave me very hopeful for the future of 40k!

As always, let me know what you think in the comments, and if you enjoyed this and want to see more competitive analysis you can check out our YouTube channel and website to learn competitive 40k from the best players in the world: https://www.youtube.com/artofwar40k https://theartofwar40k.com/

Have any questions or feedback? Drop us a note in the comments below or email us at contact@goonhammer.com. You can find Nick on the Art of War at the link above or follow them on Twitter at @aow40k1.