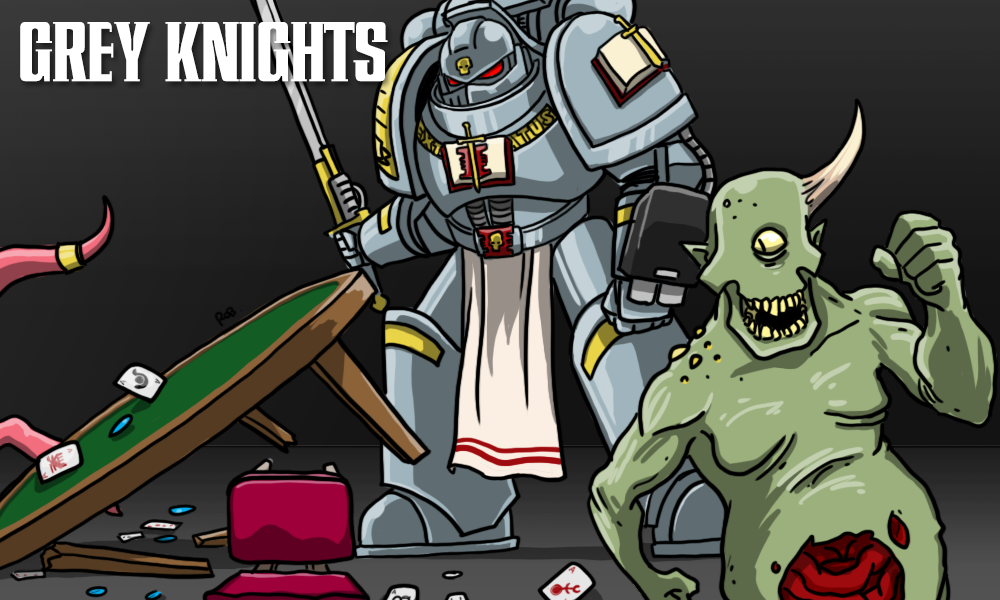 In advance of the upcoming release of Codex: Space Marines and as promised, Games Workshop dropped a massive FAQ update on Monday (remember when we said fifteen books needed FAQs? Turns out it was more). There’s a lot to digest, so we’re poring over every word of the updates and noting what’s changed and our thoughts on what it means for the faction. In this article we’re looking at the Grey Knights.

Even as all the other Space Marine chapters see an unprecedented level of consolidation in the new book, the Grey Knights continue to stand alone, and that means the impact of this update on the Knights of Titan is substantially smaller than many armies see. In fact, they join the Eldar in being done slightly dirty, because they have a number of weapons that probably should have been swept up by some of the changes and haven’t been.

For nemesis force weapons that’s not unreasonable – while it would be cool to see them get a boost, changing the stats on damn near every model in the army at the same time probably isn’t a great idea from a balance perspective. The big sadness comes from Incinerators of all stripes not picking up the otherwise-standard increase to 12″ range for flame weapons. It’d have been pretty good, sure, but in a world where Deathwatch can now drop pod in entire squads with combi-flamers, it seems hard to argue that it would have been wildly unreasonable.

The actual changes are limited to the standard set of wargear updates, and outside of a few odd places you can chuck combi-weapons, that pushes through into something that matters in three places:

That’s basically it – the dakka on units that no one’s taking gets a bit more intense, but not to a degree where it matters. Grey Knights are gonna keep on doing their own thing, and lists are likely to continue to look much the same as they have done in the past few months.