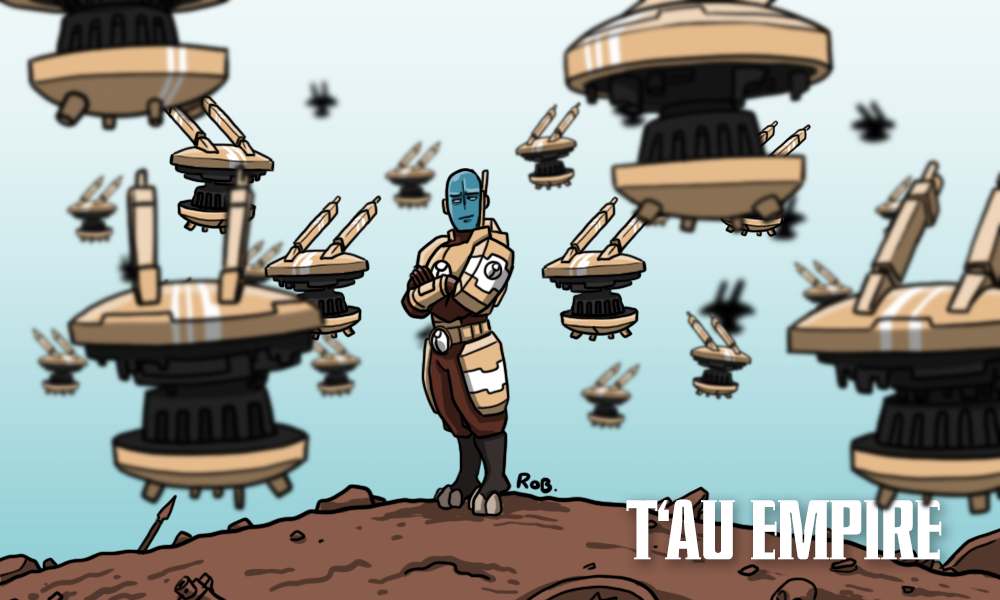 In advance of the upcoming release of Codex: Space Marines and as promised, Games Workshop dropped a massive FAQ update on us today (remember when we said fifteen books needed FAQs? Turns out it was more). There’s a lot to digest, so we’re poring over every word of the updates and noting what’s changed and our thoughts on what it means for the faction. In this article we’re looking at changes and updates to the T’au Empire, as laid out in Codex: T’au Empire and Psychic Awakening: The Greater Good.

There aren’t a whole lot of changes and frankly none of these are going to dig the faction out of the hole it’s in, but every little bit helps, so let’s dig in.

Most of this is what you’d expect. The big losers here are fusion blasters, which don’t get the updated melta damage rules. That’s not the end of the world, but it’s not great either – lower variance is typically worth sacrificing a bit of expected value over. The big winners here are crisis suits, which get better cyclic ion blasters and the ability to triple up on flamers for pretty cheap. Ion Riptides also got better, since they’re no longer going to eat as many mortal wounds.