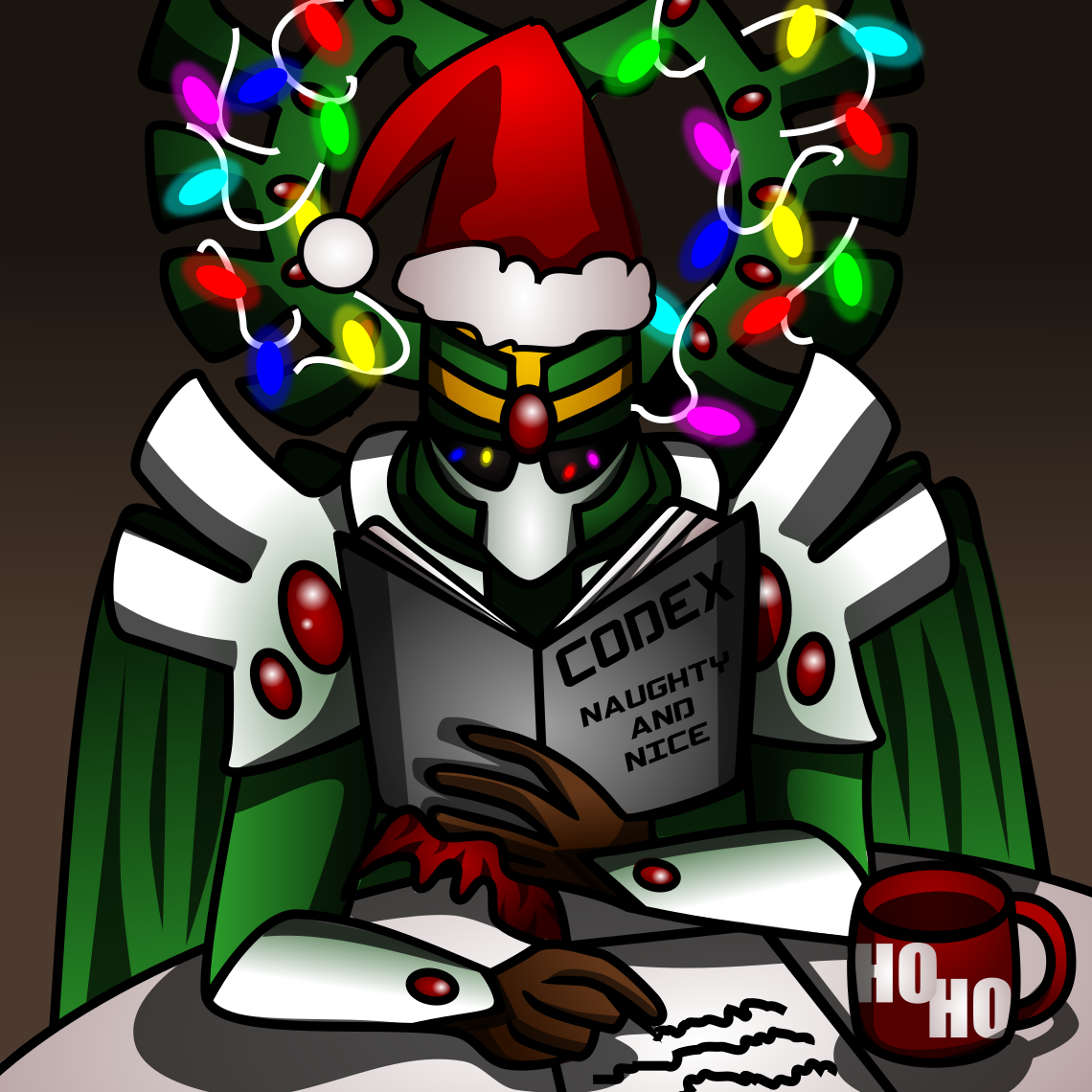 This year has been an absolutely incredible ride for me in the 40K world, largely thanks to this wonderful website that you’re reading right now. Rob has already covered the story of how we started out in his own end-of-year summary, and we had enough going on at the start of this year that “moderately increased success and recognition” seemed like a reasonable goal for 2019. What we’ve actually achieved has blown that so far out of the water that I still have struggle to comprehend just how many people are now reading our articles and how overwhelmingly positive the reception has been. 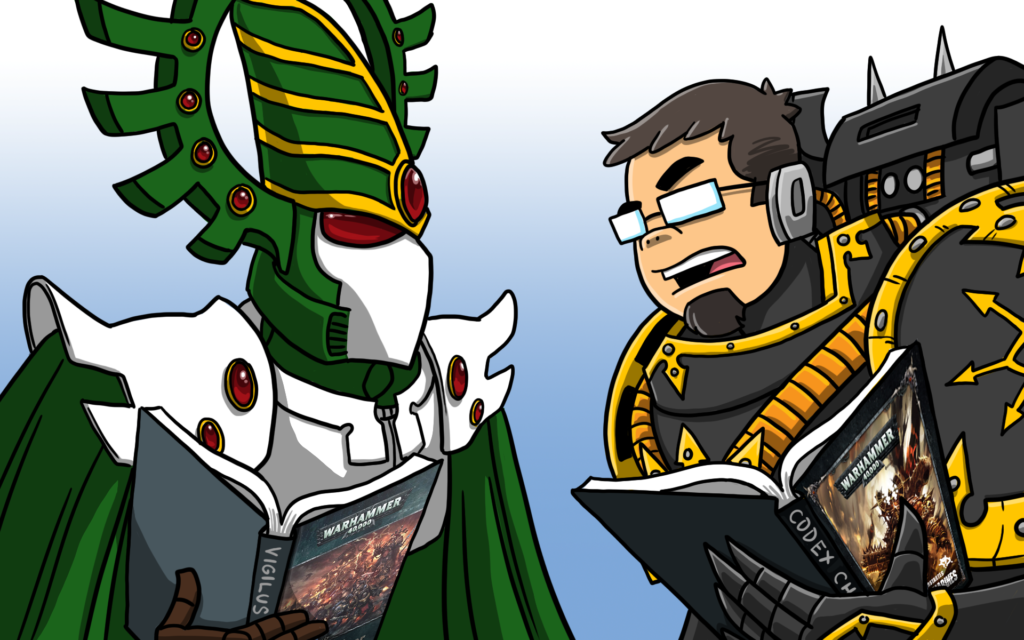 That’s down to a number of factors, and obviously the first I have to talk about is the team. When we started taking this seriously we already had an absurdly overqualified core team of people collaborating on irregular posts, and that group has been instrumental in coordinating and managing the growth of Goonhammer into what it is today (especially Rob’s heroic work in managing our scheduling and keeping the content pipeline flowing). The combination of professional skills we turned out to have at our disposal have proven extremely complementary as we’ve transitioned into being a serious player in the 40K space, with all the management overhead and challenges that implies. It’s also an enormously fun and rewarding group of people to work with, which is vitally important for a project like this!

It isn’t just that core management group though – one of the benefits of growing and becoming more recognised is that more and more of our friends and associates have been convinced to give writing for us a go, letting us grow the team and expand into other game systems outside 40K. It also brings in different viewpoints and voices, which is vital to helping the website support all the different parts of the community. I spend a decent amount of time handling the emails and Facebook messages we receive, which means I know just how much value players of less prominent games like Kill Team, Necromunda and Titanicus place on our regular articles for them, and being able to expand into Age of Sigmar just as it’s really hitting its stride has been an unexpected bonus. 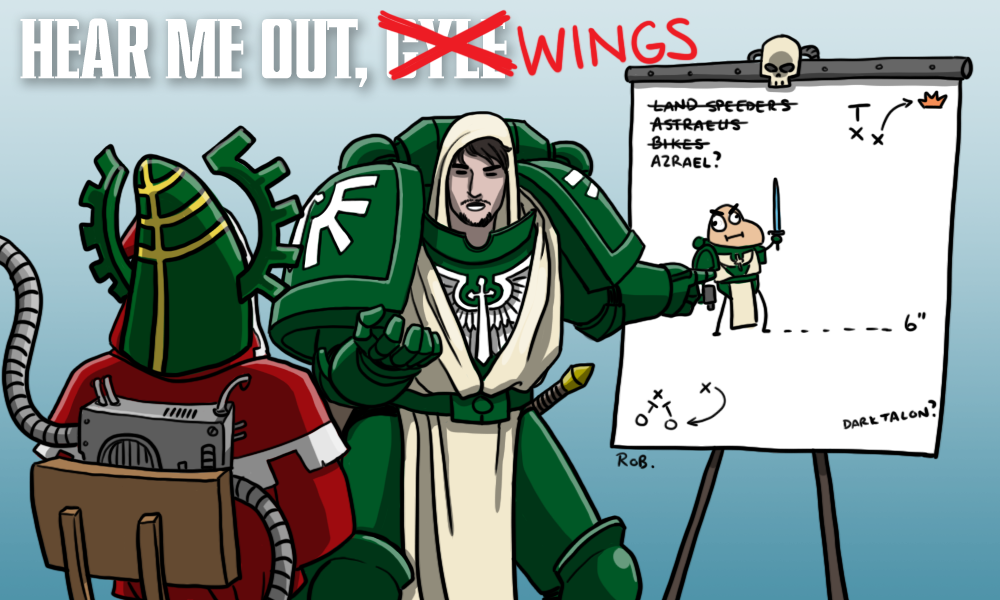 I am enormously grateful to everyone who pours their time and energy into the site in any capacity – this is and has always been a team effort, and I’m thrilled that so many people want to be part of it. Getting to work on a “Hear Me Out” with Chase was a particular highlight, and the fantastic reception that series is something I’m incredibly pleased by.

However good a team we had built, however, we would be nothing without our readers and the absolutely incredible response we’ve had as we’ve grown is what has made all of this worth it. We didn’t try and go big with Goonhammer because we wanted to make money out of it. Instead, we shared a frustration that there seemed to be a relative dearth of high-quality text based content in the 40k space, with relatively few sites producing it and it usually being a clear side-show to either podcasts, videos or coaching services, which seemed very strange to those of us who’d previously been involved in other hobbies such as Magic: the Gathering. We thought we had the skills to make a good go of it, but there was always a chance that the reason the content wasn’t being produced was that there wasn’t a market for it, and the site would dwindle out as we couldn’t justify spending the time needed to only reach a few tens or hundreds of readers.

Any concerns we had in that area have been firmly put to bed. It turns out that there was a huge gap in the market for what we were putting together, and I’m so, so grateful for all of our readers taking the time to look at our ramblings, and all of the positive feedback we’ve received in comments, emails and in person at events. The last point is a particular delight for me – I’ve never been fantastic at starting conversations with strangers, so the fact that now when I’m sporting a Goonhammer shirt people now want to come up and start conversations about our articles makes the social side of tournaments massively more enjoyable. I’ve also had a lot of fun answering emails and messages, and it’s great to be able to provide a little bit of extra enjoyment for fans who’ve gotten in touch. Please keep reading, please keep messaging and please keep saying hello at events – these are the things that make this worth it for me.

It is also nice to be able to see our own skills improving. The quality of our reviews and really just our articles in general has increased massively over the year and I’m also, personally, very pleased with the “Three Cool Lists” format devised for tournament previews, which has proven one of the most popular formats for tournament content and are genuinely enjoyable to write. They’re also another great tool for community engagement – it’s been very heartwarming to see just how much getting featured in one of them means to a lot of players. The format is definitely going to be here to stay in the new year, and I’ll be looking at doing more post-event analysis like the roundup I did of the Alliance Open and Element Grand Slam as well. I’ll also be trying to get out and about with more unusual lists a bit more often, as the response to Wraithknight World Tour 2019 was extremely positive. 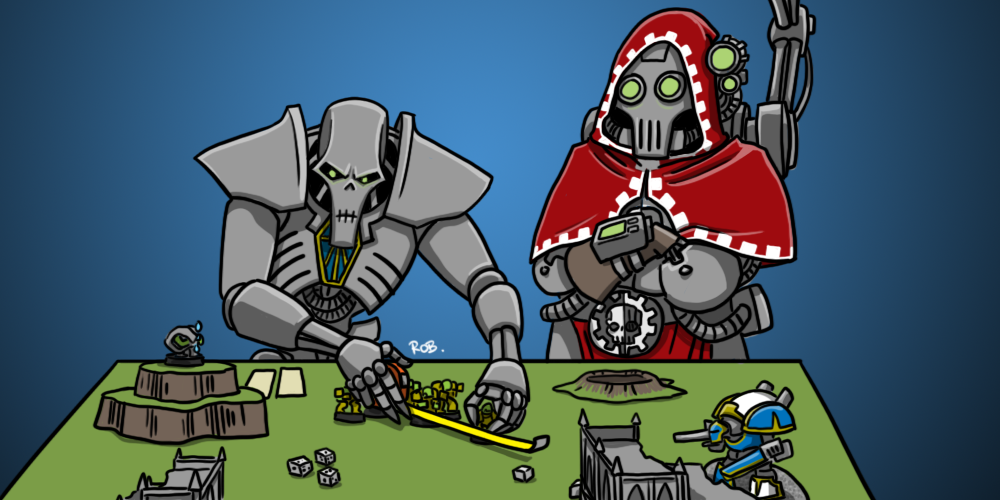 That’s a good point to transition to talking about the game itself. It’s been a big year for 40K, with undeniable ups and downs. I pulled together a summary of the year’s events for our review of the 40K year and it’s kind of mind-blowing just how much has happened in 12 months, and I have a sneaking suspicion that 2020 is going to be even more intense. While the back third of the year has been marred (at least competitively) by the dominance of Space Marines (especially Iron Hands), looking at the year as a whole is reassuring – this time last year we were worried about the enduring superiority of the Castellan and Ynnari, and a few months later the spring FAQ brought changes that gave birth to a summer of the best, most diverse metagame we’ve ever seen. I’m confident that between the Chapter Approved changes, new rules for other factions and the nuclear option of further balance FAQs we’ll see a healthier metagame again yet.

While getting kerb stomped by Iron Hands isn’t the most fun thing in the world, it also hasn’t really stopped me from wanting to go to events. I’ve participated in at more than 15 tournaments this year (a number I’ve arrived at by the cunning means of searching our article archive for reports) and don’t intend to slow down in the year to come. That includes (for the first time) heading over to the states for the LVO and the Nova Open, which I’m tremendously excited about both as a chance to compete on the world’s largest stage and to meet more readers and members of our US team. Even when the metagame is on a low ebb, it’s clear that 8th edition is vastly superior for tournament play than any that have come before, and the huge success (and growing size) of events across the world is testament to that. A particular highlight of the year for me was getting to participate in the LGT Invitational, and I firmly hope I can be back again next year and hopefully not get crushed out by the terrible Genestealer menace straight away.

Honestly that’s probably enough reminiscing, and time to have a brief think about what the new year holds. First and foremost, we’re going to build on Goonhammer’s existing success and aim even higher. We’re going into the year with some very exciting developments already planned and a team that’s ready to absolutely smash it. We also know that the relative calm release-wise of the start of 2020 is unlikely to be repeated, with Games Workshop using their Christmas Day preview to expand a bit more on what the next Psychic Awakening book holds. January is going to bring exciting new rules for Grey Knights, Dark Angels and Thousand Sons and I’m excited to be right there on the ground floor giving out hot takes.

Outside of the website, my main 40K goal for the new year is to make a bit more time to play non-tournament 40K. As I briefly discussed in Rob’s recent article, I wrote the pack for an escalation league my local club ran last year, but had no time to play in it. A new one’s going to be starting up from late January and this time around I want to make sure I’m actually participating, hopefully getting a chance to flesh out that Space Marine army I’ve been planning since the Raven Guard review.

Will that plan survive contact with reality? I don’t know – writing for this site is an enormous commitment but also so rewarding that I don’t mind the time taken in the slightest. With that in mind, I’ll close with a final thank you to my friends and family, in particular my lovely wife, who have all been enormously supportive of me suddenly needing to pour most of my evenings into the nebulous goal of “being an internet nerd celebrity”.

Merry Christmas and a happy New Year to everyone reading this, and see you in 2020.