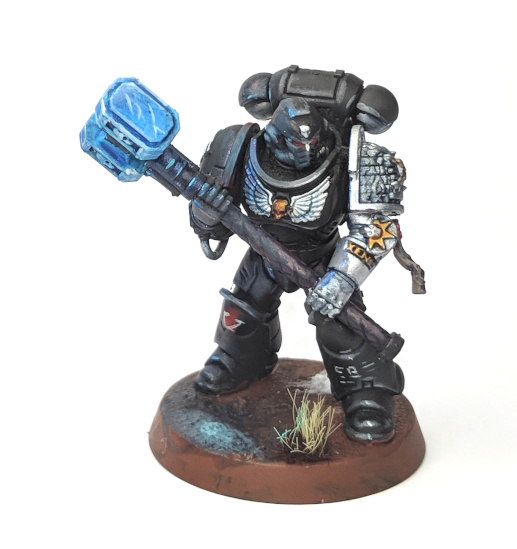 Yay, month 1 complete with a few days to spare. Due to the fact month 1 was Patrol Detachment I’ve had to do 2 detachments to make at least one of them legal, so there’s an HQ and Troop for Deathwatch and an HQ and 3 (2×2 and 1×1) Elite units for Ordo Xenos. The Ordo Xenos guys were a lot of fun to make and paint, and I may have gone overboard on the colour palette and attempt at OSL on these dudes.

The Deathwatch guys were also a bit different for me as I’m used to painting brighter stuff and haven’t touched a can of black primer for about 15 years. Also OSL. Next up is the rest of the Acolytes (minus Bill Tan, who I forgot to photo separately, but appears in the group shot at the end) Close up of Brother Offcolor and his big hammer.

Here they are in all their 2 Detachment glory.