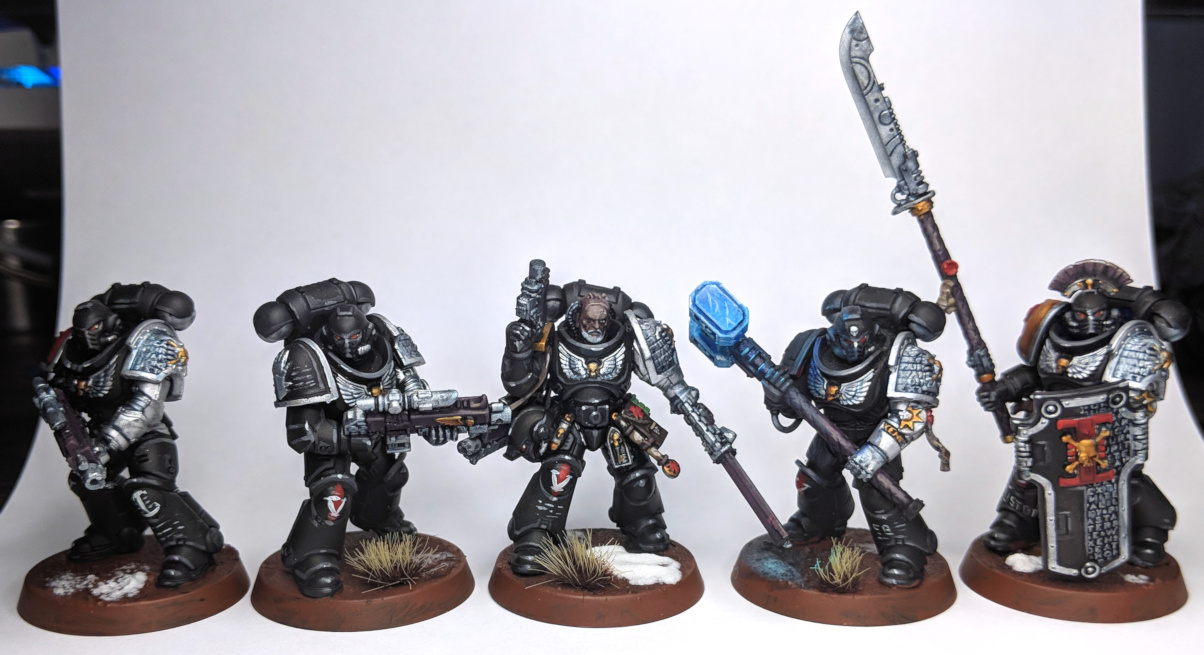 Last month brought with it 2 HQ’s, 5 Units of Elites (or 3 if grouped), and 1 Unit of Troops, this month the goal is a bit smaller and herald’s the introduction of the 3rd detachment that will make up the Ordo Xenos army along with a big Elite addition to the Deathwatch detachment.

For flavour I’d like to add a unit of Inquisitorial Storm Troopers to the Inquisitor’s force and for that I’ll need to add elements from the Astra Militarum (Imperial Guard), namely a squad of Tempestus Scions.

This squad will be lightly customised to fit in with the Inquisition side (probably a few painted on =][= logos here and there) and will have a suitably inquisitorial colour scheme (something something, black and baharroth blue).

A Large Reserve for the Deathwatch

The Deathwatch detachment will be getting it’s first Elite unit in the form of a Redemptor Dreadnought. I’m keeping the main loadout swappable but as most of the army has glowy elements to it I’m sure the Plasma arm will feature more often than not. I’ve already assembled this guy and added a couple of zealous features to him, in the form of a book and a couple of burning chimney stacks.

Brother Draco Belmont of the Black Templars returns from death to crush the enemies of mankind, and serves the Inquisitors will. Anyone who knows me, know’s that I’m uncomfortable painting anything larger than a Terminator, so this will be a much bigger challenge than I’m used to, especially without an airbrush, and being black (my nemesis when it comes to highlights).

Expect updates to be slow while I procrastinate over starting this guy and while I scratch my head over colour placement on Storm Troopers.