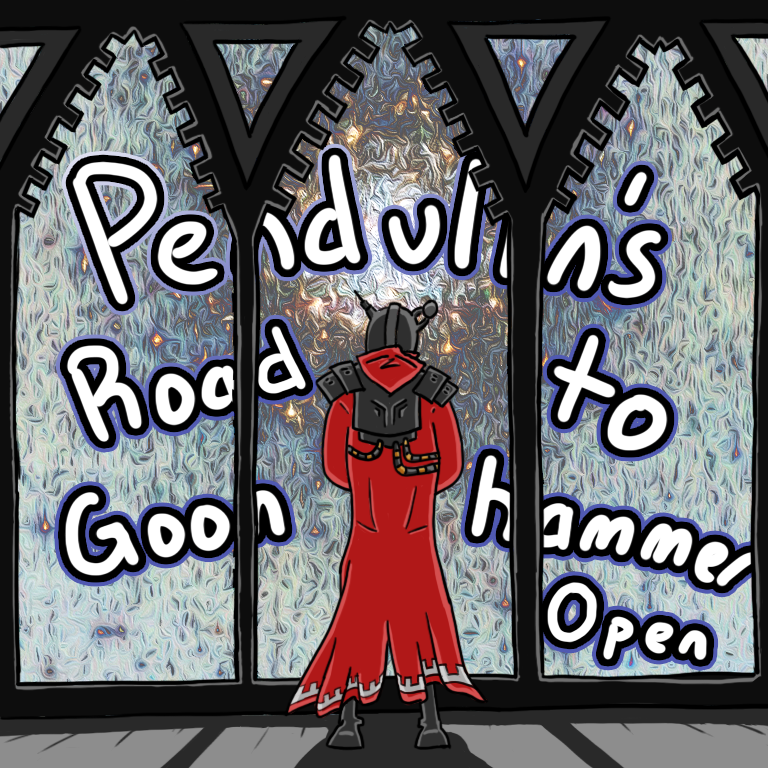 With our inaugural event Goonhammer Open USA fast approaching, let’s follow one man’s mad scramble to clear out his backlog, build as much Adeptus Mechanicus as he can, and draw some truly dumb art.

I’ve made mistakes in my time.

I clipped a curb and bent an axle. I missed a paperwork deadline and delayed graduating college by 3 months. “Surely,” I told myself, “that tree is far enough away from my gutters that it won’t cause issues.”

I bought a house with leaky fridge, a hole in the roof, and a human-sized wasp nest in the attic.

But none of these mistakes hold a candle to the one I’m about to make. For in the brief time before September 4th, Goonhammer Open USA’s first day, I want to finish a Skitarii Veteran Cohort.

Now this isn’t is as impossible as you might imagine. I’ve already amassed a pretty decent Admech army. However, that includes a lot of units that are not eligible in a Skitarii Veteran Cohort:

That’s a lot of models which’ll be collecting dust at home. But unfortunately that’s not all. I’m flying to Goonhammer Open, which means I’ll have to transport my army in carry-on luggage. Because of this, it’s possible that I won’t be able to bring:

Dunecrawlers and their dinner plate-sized bases probably won’t fit in my luggage.

And That Leaves Us With

Less than I would hope. Give that the narrative event is using PL instead of points, here is where I’m at:

This gives me a grand total of 94 PL.

So where do I make up 31 PL? Okay, let’s look through the backlog:

And that brings me to 133 PL! Heck, I’ve got some PL to spare! I usually get through three boxes of models every 2 months, and this is only a slight increase at eight boxes in 6 weeks.

No problem at all.

NEXT TIME: MANY PROBLEMS!

IN ADDITON, EXPECT STRIFES, DIFFICULTIES, FAILED GOALS, AND MISSTEPS. TO FOLLOW ALONG THIS MAD JOURNEY, JOIN US FOR THEN NEXT INSTALLMENT OF PENDULIN’S ROAD TO GOONHAMMER OPEN!