Picking Winners and Losers for Modern from Modern Horizons 2 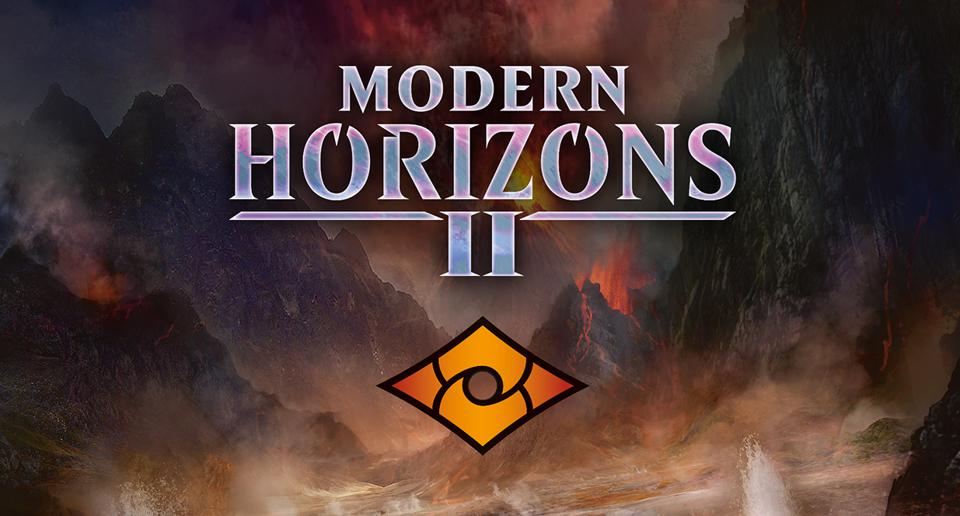 We’re expanding our set review coverage this week with C-Euro taking a look at winners and losers for the Modern format from the new Modern Horizons 2 set.

Modern Horizons 2 is Magic: the Gathering’s second foray into printing new cards directly into its popular Modern format. The first Modern Horizons set, released in 2019, was a defining moment for the format, and Wizards of the Coast is taking the plunge again with Modern Horizons 2. What can Modern players expect once the set becomes available for play? Below are some of my predictions for winners and losers from the current Modern format.

Modern Horizons 2 features a number of hate cards focused on long-established ramp deck Tron, hate cards that are specifically aimed to punish colorless lands and spells. The other big mana payoff in Modern, Primeval Titan, saw very little hate directed its way by Modern Horizons 2. Primeval Titan is one of the pillars of Modern, and I don’t see that changing after Modern Horizons 2 releases. Primeval Titan decks also gained a strong SB option in Endurance, which can shore up two tricky matchups in Dredge and Mill. For the Amulet Titan players out there, Urza’s Saga lets you tutor an all-important Amulet of Vigor into play. Modern newcomer Titania, Protector of Argoth also pairs well with Primeval Titan or in any land-centric deck as a way to get back lands and punish opponents for destroying them.

Boy, there sure is a lot of weirdly-specific hate for colorless strategies in this set, huh? Cards like Break the Ice, Obsidian Charmaw, and Void Mirror seem designed for use solely against colorless strategies. Ragavan, Nimble Pilferer is also a big shot in the arm for aggressive red decks, which can tricky for Tron to deal with. But while the deck has seen better days in Modern, Tron can never be fully written out of it. Ignoble Hierarch has people talking about Jund midrange decks again, traditionally a very good matchup for Tron. If you’re a Tron deck running Karn, the Great Creator, you’ve also gained a few spicy wishboard inclusions such as Cursed Totem, Zuran Orb, and Kaldra Compleat.

People have been calling for Counterspell to be added to Modern ever since the first Modern Horizons was announced. Ladies and gentlemen, we got ‘em. Having access to Counterspell will streamline deck construction for blue-based control strategies, which traditionally have packed whatever conditional counterspells are best for the expected meta. At the same time, having access to a playset of two-mana hard counters will free up other slots in the deck. Beyond Counterspell, Suspend, Moderation, and Solitary Confinement could also line up with Control’s gameplan. If you’re worried about a control meta, bring your Aether Vial and Cavern of Souls decks to your next Modern event.

Similar to Tron, some new Dredge hate will be entering the format with Modern Horizons 2, including Endurance, Sanctifier en-Vec, and Dauthi Voidwalker. However, experienced Dredge players are well aware that the deck’s viability ebbs and flows as people move graveyard hate in and out of their decks, and Dredge has adapted to more drastic metagame shifts before. Look for Dredge to start playing around with Path to Exile if Sanctifier becomes popular, especially now that Dredge is splashing white for Thrilling Discovery from Strixhaven.

Black-white (AKA “Orzhov”) has been the weakest color pair in Modern for a couple of years now, lacking a deck to really call its own since the BW Tokens and BW Eldrazi decks of yesteryear. However, Modern Horizons 2 features a few cards that Orzhov mages will be happy to see, and that’s even ignoring the much-discussed interaction between new card Grief and Modern Horizons powerhouse Ephemerate. Esper Sentinel gives the deck a turn 1 play that immediately puts pressure on the opponent’s gameplan, forcing them to trade removal for it right away or have their early non-creatures slowed down by its static ability (and Sentinel loves Stoneforge Mystic, a frequent player in BW midrange shells). Damn gives the deck a flexible removal spell, being two-mana unconditional removal early or a four-mana sweeper if you fall behind on board. Lastly, many players thought that Vindicate might be reprinted in the first Modern Horizons, and they got their wish this time around. While Wizards of the Coast has printed a couple of “fixed” Vindicates over the years that haven’t caught on, the potential of the original to hit any permanent will be especially important vs the big mana decks that traditionally feast on midrange strategies, allowing you to tag something like an Urza’s Tower or Valakut, the Molten Pinnacle.

Another perennial contender in Modern, Death’s Shadow decks have been in something of a holding pattern since gaining Scourge of the Skyclaves in Zendikar Rising. However, Modern Horizons 2 will introduce a few cards that could spell trouble for the archetype, especially in white. Chief among these is Solitude, which can easily remove multiple creatures against Shadow thanks to the lifegain it provides, and it even dodges Stubborn Denial used by Grixis Death’s Shadow. Prismatic Ending also lines up well with the cheap threats that Shadow decks run, all of which cost one or two mana. Sanctifier en-Vec plays multiple roles against Shadow by providing a tough-to-remove threat, as well as powering down your Delve spells and Companion Lurrus of the Dream-Den (Dauthi Voidwalker can fill a similar role against Shadow decks). Shadow players shouldn’t be wholly discouraged though, as the archetype gains a powerful new burn spell in Flame Rift, which both harms your opponent and pumps your primary threats.

Hollow One decks were something of an “indie darling” while Faithless Looting was Modern-legal, but they’ve fallen on hard times since its best enabler was banned out of the format. Fear not though! The black-red Limited theme for Modern Horizons 2 is centered around discard, which means that the color pair gets some spicy new inclusions for a discard-oriented deck. The most eye-catching among these is Asmoranomardicadaistinaculdacar, a one-mana 3/3 that can kill large creatures like Primeval Titan and Wurmcoil Engine, if you have Food tokens available. On that note, she also tutors for The Underworld Cookbook, which costs only a single mana to cast and zero mana to use as a discard outlet. The Food tokens produced by The Underworld Cookbook can fuel Asmoranomardicadaistinaculdacar’s damage-dealing ability, or give you breathing room in a longer game (or even doing something truly wild like reanimating a Feasting Troll King that you conveniently discarded earlier). Lastly, Blazing Rootwalla is an obvious callback to Basking Rootwalla, a key piece of the infamous Blue-Green Madness deck from Odyssey-era Standard. Don’t underestimate a free 1/1 creature in a deck designed around discard, especially one that can trade with a three-toughness creature.

Loser (to be determined?): People Who Want Modern to Remain Steady

There’s no disputing that Modern Horizons 1 had a profound impact on Modern after its release, and ever since a second Modern Horizons set was announced, people have been worried about another sea change for the format that is ostensibly about picking one or two decks and playing them forever. Ultimately, I think Modern Horizons 2 will have a wide-ranging impact on the Modern format. However, this time around I think that impact will be much more subtle than when Modern Horizons 1 was printed. The first Modern Horizons set had a handful of cards that defined Modern and continue to do so, such as Force of Negation, Lava Dart, and Hogaak, Arisen Necropolis. But like many Magic sets, Modern Horizons featured many cards that simply went nowhere in the format; remember when spoilers were led off by Cabal Therapist and Serra the Benevolent? I believe Modern Horizons 2 has been designed with a much more evenly-distributed power level, with cards designed for many different Modern archetypes both active and dormant. While there may not be an obvious Hogaak or Arcum’s Astrolabe in the set, get ready to encounter many of these cards in your Modern play going forward. Change can be scary, but with proper planning it doesn’t have to be bad. 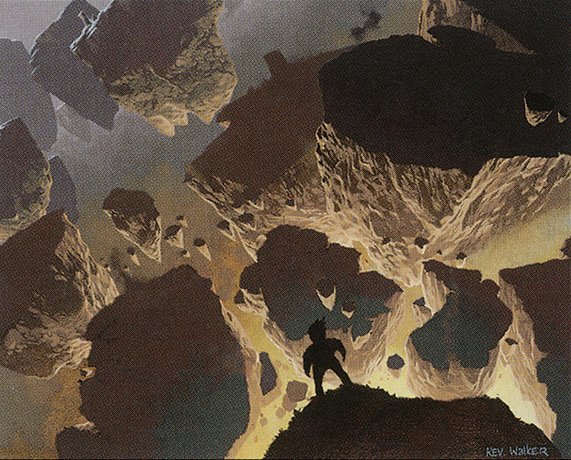 It’s no secret that Modern is becoming more and more expensive to play, and the manabase is the biggest investment for the vast majority of decks. Fetchlands are some of the most ubiquitous lands in the format, and Modern Horizons 2 will feature a reprint of the “enemy” color pair fetchlands (Verdant Catacombs, Misty Rainforest, Scalding Tarn, Arid Mesa, and Marsh Flats). Not only that, three different versions of these lands will be available in the set: normal frames, extended art frames, and classic (pre-8th Edition) frames. If you’re in the market for enemy fetchlands, look for people to offload copies they currently own in order to “upgrade” their playsets to fancier frames. While the best time to buy singles is “whenever you feel comfortable paying their current price”, watch for these fetchlands to hit their lowest price point 1-2 weeks after the set becomes available in paper.

Modern Horizons is available now on Magic Online and in paper on June 18th. What are you most excited to start playing from the set? Let us know in the comments or email us at contact@goonhammer.com, and thanks for reading!