While the big news this past weekend was the launch of 9th edition and the release of the hotly anticipated Indomitus boxed set, there were several other releases for 9th edition, including Chapter Approved 2020, the Crusade Journal, the Manufactorum Battlefield, and the Open War mission cards. In today’s review, Robert “TheChirurgeon” Jones will be looking at the Open War cards and evaluating how they play.

The Open War cards were a relatively late addition to Warhammer 40,000’s 8th edition, showing up some time after Chapter Approved 2017 and getting a re-release with Chapter Approved 2019. The concept behind them is pretty simple: Rather than play a set mission, players draw random cards from a series of decks to determine the mission’s parameters, deployment zones, objectives, and special rules.

I played several games with the Open War deck during 8th edition and found games to be for the most part enjoyable, with some randomly-determined lopsided affairs that were a bit of a mess. Our play group quickly figured out a better way to do card selection that I’ll talk about later.  Ultimately, the missions were close enough to the rulebook missions before Chapter Approved 2019 that the missions felt like a decent substitute. With 9th edition’s focus on more complex missions with selectable secondaries, that’s no longer the case and if you’re looking for a faster, simpler experience, then the Open War deck seems designed for you.

The Open War deck domes in a nice little deckbox with 51 cards (9 Objectives, 12 Deployment Maps, 18 Twists, 6 Sudden Death cards, 6 ruses), plus a folded rules/reference card that tells you how to use the deck. The cards all have a good feel and are easy to read. I immediately wanted to sleeve them, but there’s always a tension with doing that, since once the deck is sleeved it will no longer fit into the slipcase provided with it. This is the same issue I end up having with the faction Datacards, really.

The process for playing with the deck is pretty simple: Both players build armies and then set up the battlefield (using 9th edition recommended sizes based on the power level/points value of each army). After that’s done, they split the Open War deck into piles for each category (Objectives, Deployment maps, Twists, Ruses, and Sudden Death). Players then draw an objective from the objective deck and players follow those instructions, setting up objectives on the table. Then players draw a deployment card, determining the map that will be used for the battle. Next players draw a Twist, which is a special rule that applies to the game.

If the players have uneven forces, the player with lower total points or power level gets a Ruse card, which represents a cunning ploy or clever tactic they can use. And if one player’s army has a power level/points value of double or more value than the other’s, then that underdog player gets a Sudden Death card. This is a special victory condition the player keeps secret until it is completed, at which point they can reveal it to win the game.

There are 9 Objective cards. Some of them are pretty good, and will make for great games. Others, less so.

The best among these are:

The others run the gamut. Storm Their Lines has players place 3 objective markers each in their deployment zones and scoring 1 VP each at the end of each of player turns for controlling objectives in their deployment zone and 2 VP for those in the opponent’s deployment zone. On the negative side, War of Attrition is probably the worst here, as it awards victrory to the player who destroyed the highest percentage of bombs. The Prize gives you a Relic-like objective to capture, move around, and fight over.

On the whole these are decent, and several of them can be combined to make some passably good missions. War of Attrition is the only one I think is legitimately bad.

There are twelve Deployment Map cards. Six are what you’d call the “standard” deployment maps from 8th edition, i.e. Dawn of War, Vanguard, Hammer & Anvil, etc., and the other six are a bit less conventional, with three being “pointy” versions of Dawn of War and Hammer & Anvil that sees the Deployment Zones touching at mid-table creating a very short starting distance between armies that’s sure to encourage melee combat. The other three are asymmetrical, and have one player surrounding the other from the outset. Generally, I think you can probably toss out these asymmetrical/weird maps or save them for special occasions, but then I prefer generating more “fair” missions with Open War.

There are 18 twists; these are the meat of the Open War deck and what makes a mission stand out, adding parameters that players must deal with or play around. Many of these affect movement and ranges – Gales reduces move characteristics and Advance and charge rolls by 1, while Invigorated adds 1 to those same stats and rolls, for example. Several others make combat more deadly, such as Rage, which gives all models +1 Attack. Unlike the 8th edition Twists, only one of these does random mortal wounds to units every turn, but they’re still a mixed bag. The big challenge with these is that they really, really punish some armies more than others. Losing an inch of Movement will completely stall a Death Guard army, while Inimical Atmosphere preventing units from Advancing or charging at targets more than 7″ away is going to completely wreck some melee-focused armies. Each of these Twists is a big enough deal to swing a game if your army can’t handle it, which isn’t necessarily a good thing.

There are six Ruse cards that come into play if one player’s army has a higher points value or PL than the other’s. These are all pretty strong effects that can help even the odds against an opponent sporting more points than you. Ambush and Outflank are used during deployment to redeploy units anywhere more than 9″ from an enemy and to put units into what’s basically Strategic Reserves, respectively. Tactical Reserves is the strongest of the bunch, letting you return a dead unit to battle, though Brilliant Strategist, which gives you a free CP re-roll every turn isn’t bad, either. On the whole these effects strike me as being worth around anywhere from 100 to 300 points, depending on the effect, and I think that the difference between players should cap out at around 250 points unless you’re going for Sudden Death.

If one player has double (or more) points or PL than their opponent, then the underdog player gets a Sudden Death card, which they keep secret until they have completed its task. There are six of these, and each one provides an alternate win condition that can end a game immediately if the underdog completes it. These include killing the Character, Vehicle, or Monster with the most wounds in your opponent’s army, killing the enemy warlord with your warlord, having at least one model on the table at the end of the game, having only your models within 9″ of the center of the battlefield after turn 3, destroying half the enemy’s army, and keeping enemy units out of your deployment zone at the end of the battle. These are similar to the 8th edition deck, and provide a clever way to handle games where one player is significantly outmatched (note that in these games the underdog player will also receive a Ruse). They’re all pretty reasonable, and some are even a bit easy at higher points values (killing that highest wounds character/monster/vehicle becomes real easy at 1,250+), so if you’re looking to mix things up a bit, this is an interesting way to do it. 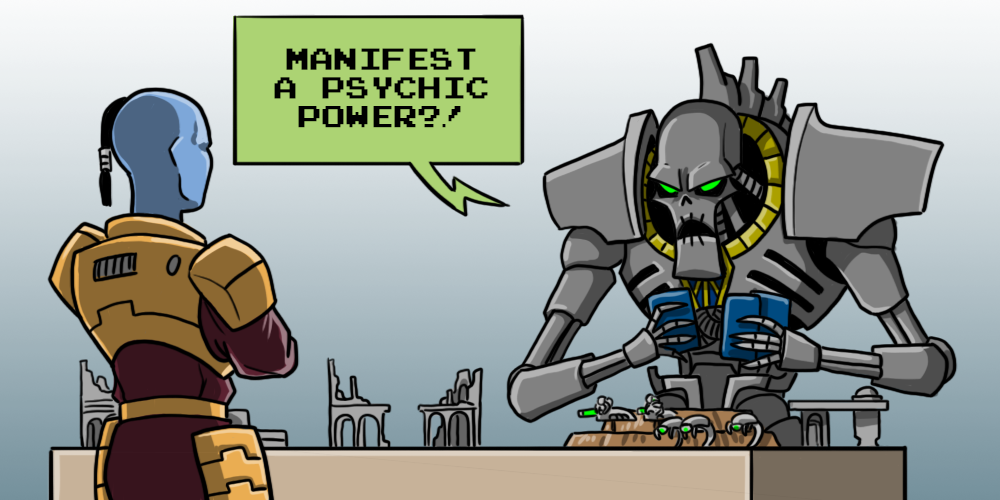 Overall, while the cards have changed from 8th edition – and improved significantly – the product’s promise hasn’t. The Open War deck is still a great way to generate a quick mission with interesting effects on the fly. With Eternal War and GT missions now packing complicated secondary choices, I can see a lot more value in this – previously the rulebook missions could be randomly generated, whereas now what you can make in Open War is not at all like the standard Matched Play missions in the book and if you don’t like the idea of picking secondary objectives and just want something fast, these are a pretty good alternative.

There’s a bit of a “who are these for?” question with regard to the Open War Cards and what I’ll say is that I think these are idea for new players who are still learning the system and want to play games quickly, or for players who are bringing new players in. I think jumping right into Matched Play missions with new players is a bit of a mistake – there are a lot of moving parts there and a lot of mistakes to be made – and so having something like this for mission generation can be great. Inevitably though I think that most players will eventually “outgrow” these missions or move on to more complex missions so unless you’re dead set on getting the most out of your investment, I’d buy these with the knowledge that you’re likely going to get at most a few games out of them.

A Suggestion on Play: Drafting Cards

That said, I do have one suggestion for making the Open War cards more fun to play with that I think will lead to playing more games with them – and it’s one I hope the developers think about including on the next iteration:

Before drawing cards from the Open War deck, players roll off. The winner can choose to be the Attacker or the Defender (this moves picking attacker/defender to earlier in the process). When drawing Open War cards for Objectives, Deployment, and Twists, draw three cards and place them face up on the table. Then, starting with the Attacker, each player chooses one card to discard. The remaining card is the one selected for the mission. If the Unrelenting Turmoil Twist card is drawn, replace it with two more Twists from the deck and the two remaining Twists will be used.

Doing this ensures players can avoid the most egregious effects that will cripple their armies, and adds a tiny bit of strategy to the card selection process. It’ll smooth out the variance a bit, and you may find that some effects never get picked, but if an effect never happens, it’s because it’s a bad effect.

The new Open War deck gives players a great way to quickly generate random missions and the cards are ideal for introducing new players to the game or giving new players something to play with between Open play missions and the complexity of Matched Play and Crusade missions. They’re better than the 8th edition cards but in the long run I think most players will move on after a few games so whether they’re worth the purchase depends on whether you really hate the new matched play missions or you find the cards’ price tag worth it for having something that works for half a dozen games. For what it’s worth, I think they’re worth it for that, especially if you’re teaching the game to a new player.