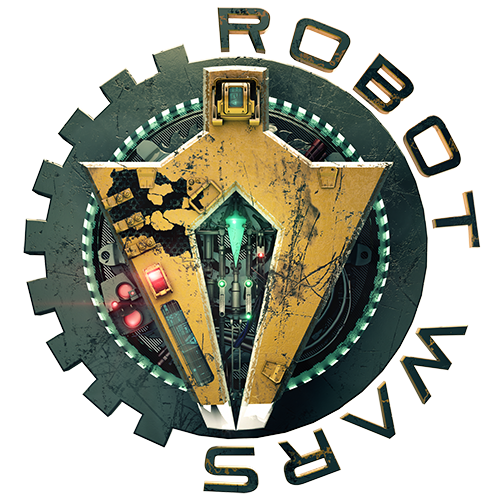 Serotonin and I played a game today (note: this post was originally written June 2, 2018), Ad Mech vs. Ad Mech. He wanted to try out his 1500pt list for our store tournament, and I wanted to get my Ad Mech on the table for once, so we agreed on ROBOT WARS.

My list was a TPD, 2 Enginseers, 10 Rangers with 3 arquebuses, 7 Rangers with an arc rifle which I’ve only just realised should have been 7 dudes and not 5, woops, 2x Vanguards with double plas, 3 Dragoons in a unit, 4 robots, and two Dunecrawlers with Neutron Lasers.

He had a TPD, an Enginseer, Skitarii in combinations I can’t remember (2x Vanguard 2x Rangers I think?), 3 Kataphron Destroyers, a Dragoon, a Dunecrawler, two robots, and two Armigers.

We were both using Stygies VIII.

The tournament uses Dawn of War deployment and Maelstrom missions, so we rolled and got Targets of Opportunity. I got the +1 and for once in my life got first turn, and he failed to seize; we then rolled off again to alternate our infiltrators. After deployment and Stygies infiltraVIIIs the board looked like this:

On my turn 1 the Dragoons shot up the flank to charge at his infiltrating Kastelans, and a unit of Vanguard went with them to cap the objective there. The Tech Priest who was blocking infiltrates in my back corner moved up and hid behind the robots and basically stopped existing for the rest of the game.

My opening shooting was pretty lackluster. I took 4 wounds off his Dragoon on my right flank, put the Dunecrawler down to 4-5 wounds, and killed a few Rangers. I tried a sneaky Warlord kill with the infiltrated Rangers, but then despite hitting on 2s they rolled like shit and achieved nothing.

My Dragoons charged into the Kastelans and with the stratagem did 24 hits from 9 attacks (!), 17 wounds, and only 10 damage. Instead of politely letting me trap the 2-wound robot he instead chose to auto-explode his own guy, which put 2 wounds on one of my Dragoons and finished the remaining 2 on his robot, freeing up the Dragoons to be shot at. I finished on 3pts.

Dragoons advance after battering the Kastelans

Vanguard cower out of line of sight behind this TV screen, which is definitely not showing art from Infinity

His turn 1 he healed the Dunecrawler back up to full (!), advanced the Dragoon and the Armigers, and stretched a unit of Vanguard back to claim objective 6 in his back corner. His infantry absolutely battered my big unit of Rangers, and an Armiger annihilated a Kastelan with a big 6 damage (after a Command re-roll). His newly refreshed Dunecrawler shot my Dunecrawler back and wounded it, but didn’t kill it. Of all bloody things the Skitarii Vanguard on his right flank shot at my Dragoons and killed one – he rolled double 6s for the damage which on their guns makes them D2, and then I failed both saves so a centuries-old perpetual motion war engine fell over after being hit with lasguns. The Dragoon tried to charge my small Ranger unit and cheekily consolidate into the Kastelans, but failed to kill the Skitarii dudes, who then punched him to death. It was not a good game for Dragoons. He scored 2pts, and I scored a further 2 for defending objective 4 after my single Skitarii Alpha left on the roof used the Morale strat to auto-pass.

My 2 was pretty comical. I killed nothing at all with shooting which meant I amazingly managed not to score Overwhelming Firepower. I also didn’t kill either Armiger, leaving one on 2 wounds, and therefore didn’t get Big Game Hunter. At least I healed my Dunecrawler. At this point we’ve done about 15 wounds to each other’s Dunecrawlers, and healed 11.

The Dragoons pushed up and took out his Enginseer and a squad of Vanguard and tagged his Dunecrawler. I scored no points at all.

Dragoons pushed through the left flank, seen here after the Dunecrawler had bravely run away away

On his 2 the Armigers ran forward again. The broken one stumbled towards the Kastelans, while the healthy one aimed straight at my TPD. His shooting was even worse than mine – he killed the Dragoons, but only just, and then the Armigers did sweet fuck all against the Kastelans. He then tried to charge the broken one in and tie them up, and I got 12 hits on overwatch and dropped him.

The other one charged the TPD and predictably beat him to death with a giant chainsword. He tied up some Vanguard, who got a nice flourish of hits which went nowhere.

The following turns were a comedy of errors. In my 3 I put 13/14 wounds on the last Armiger and failed to kill it, so I also failed to get No Prisoners. I had to tie it up by charging it with Skitarii Rangers. He killed 2 of the 4, I failed Morale and killed another, but the Alpha hung on in there. In his turn he stayed in combat since he had few other options, put one wound on the Alpha to at least try and kill the squad, and then out came the big 6 on bionics to keep him alive. HERO. Otherwise his 3 was as poor as mine was, and the game descended into farce. I killed the remaining Armiger and put a bunch more wounds on his Dunecrawler, and somewhere in there the Kastelans managed to paste some Skitarii. He healed his Dunecrawler back and put wounds on my Dunecrawler. I healed those back and then failed to harm his Dunecrawler at all. This happened for the rest of the game until finally on turn 7 one my crawlers managed to kill his, the first dead one of the game. I think it ended up having an effective 28 wounds. At one point he tried to Advance (the Maelstrom card) out of his deployment zone with it, which was working great until we remembered they only advance D3″ and it stumbled forwards to be an inch short of escaping the DZ. We picked up a couple more points each, until the following picture which I think is about turn 5:

At the end of turn 5 it was 6-5 to me. We went on to 6, and it went to 9-7. He pulled out Area Denial, and finally killed my Alpha who’d been hiding on a roof all game, and the 3 Vanguard who’d foolishly pushed into the middle of the board. The game-winning D3 came out rolled… a 1. At that point it was 9-8. Turn 7 came up, I finally killed the Dunecrawler which exploded and wounded the TPD, and with everything to play for my second crawler fired at his TPD, the last model on the board. Hits. Wounds. Automatic 3 damage, needs a 4 to kill him. Rolls a 1.

There’s never been a more tense card draw than his turn 7. Luckily (from my point of view) he drew a fat nothing, and the game ended with his single TPD hiding on the far side of the board.

One shot… no kill.

A really fun, close game, with a ton of crazy swings backwards and forwards, and some really aggressive early play followed up by lots of cagey manoeuvering to try and preserve what was left and pick up scarce points. We’ve played two games now and both times they’ve gone this way. Overall we had 3 D3-point objectives, 2 for me and 1 for him, and scored 3pts total from them. All could have gone differently on a couple of key rolls, and I thought for sure we were going to draw at one point.

+ VICTORY FOR THE OMNISSIAH ++ HERETEKS PURGED +++