Q: How do abilities that turn off enemy auras such as Pall of Despair interact with Chaplain prayers? Is the prayer shut off until my next turn, or can the chaplain re-chant the prayer in their next command phase because I only turned off the last round’s prayer? Can I turn off a litany that they did not successfully chant so that they can’t chant it in their next turn? – Noah Miller

First of all not all Litany abilities are even Auras and the rule to recite them is also not an Aura.

This model knows the Litany of Hate and one other litany from the Litanies of Battle. In your Command phase, if this model is on the battlefield, it can recite one litany it knows that has not already been recited by a friendly model this turn. Roll one D6: on a 3+, the recited litany is inspiring and takes effect until the start of your next Command phase.

And it’s also not an ability; it’s in its own little section. So it comes down to whether an Aura denial ability target the Litanies that priest knows at all? I think they might be able to but it’s not a concrete answer. I think they can because of how they are included in your army roster; a page of the Core Rules that really shouldn’t have rules on it (as it seems to just be an example) but it does actually have some.

If a unit has any rules that must, or can be, selected or generated before the battle, your army roster must detail what those selections are (e.g. Litanies of Battle, Powers of the C’tan, Exarch Powers).* This does not apply to rules that are selected at the start of the battle (e.g. Sacred Rites). – Core Book Page 251

You won’t find that in GT2021 either, as Army Building isn’t included in the rules that come with that book. This establishes that the Priest has the Prayers it knows for the enemy to select. With that in mind lets check the wording of Pall of Despair.

If that unit has any Aura abilities, select one of those abilities. Until the start of your next Psychic phase, that unit loses that ability.

So in summary, prayers are abilities a model has, some prayers are Auras, and Pall of Despair allows you to select one for it to lose until the next psychic phase. What we’re left with is does the Litany need to have been recited and inspiring for it to be removable? This caused a lot of discussion here at Goonhammer HQ and I went back and forth on the issue. We eventually reached a thin majority consensus that for the unit to have an Aura it needed to have successfully recited it inspiringly so that the Aura was actually present. This would also mean that Aura effects from successfully manifested psychic powers could also be targeted by this ability. Ideally an FAQ would specify if Aura abilities are distinct from Auras provided by other rules but for now I think that treating all Auras as abilities isn’t a leap of logic. 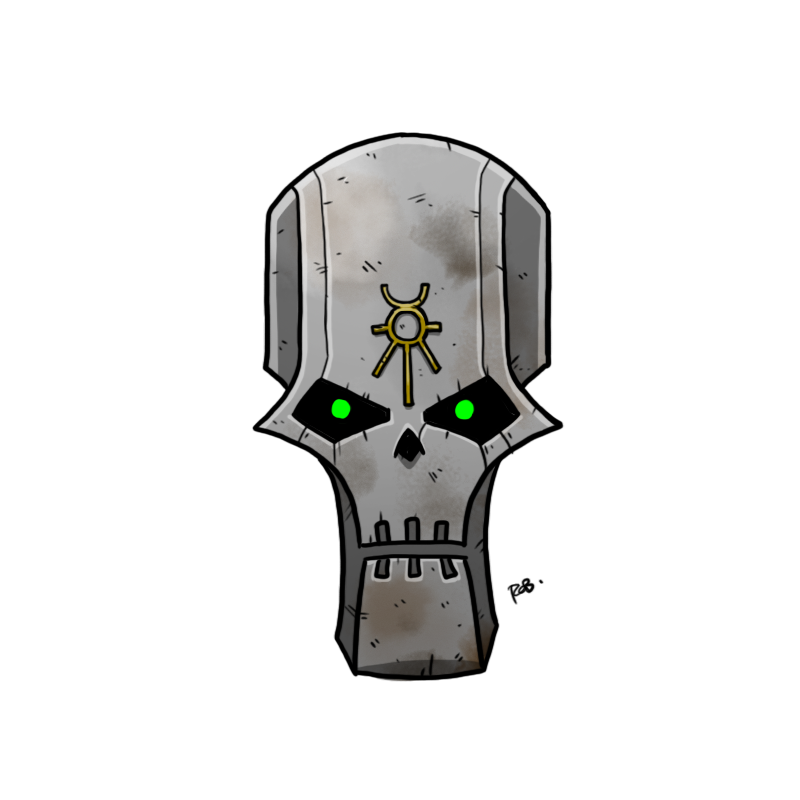 Q: Can Necrons use their pre game move with the custom dynasty to move an airplane off the table if they don’t get the first turn? It works for transports embark/disembark in the FAQ additional rules. – Mrlolast

First of all let’s check the Necron ability in question.

RELENTLESSLY EXPANSIONIST
At the start of the first battle round, before the first turn begins, units with this code can make a Normal Move of up to 6″.

The Aircraft strategic reserves rule only takes affect in the movement phase and so does the requirement for Aircraft to move their minimum move.

AIRCRAFT AND STRATEGIC RESERVES
…
If you have a Battle-forged army, AIRCRAFT units from your army can, in your Movement phase, move off the edge of the battlefield (assuming it has sufficient Move for any part of its base (or hull) to touch the edge of the battlefield). If an AIRCRAFT unit does so, it is placed into Strategic Reserves. Similarly, if you have an AIRCRAFT unit with a minimum Move characteristic that cannot make its minimum move, or is forced to move off the battlefield because of its minimum move, then it is placed into Strategic Reserves.

some have debated that the second clause isn’t also “movement phase”-locked but I think personally that’s a bit thin, and as stated a minimum move could only force a unit off the board in the movement phase also.

as relentless expansion is just a normal move, and not a “move as if the movement phase” it’s not affected or able to use either of these rules.

Units can’t disembark with the move because that’s also locked to the movement phase.

DISEMBARK
If a unit starts its Movement phase embarked within a TRANSPORT model, that unit can disembark in that phase so long as the model itself has not yet made a Normal Move, an Advance or has Fallen Back that phase.

the game hasn’t started, it hasn’t has a movement phase and it’s currently not a movement phase. So no disembarking with a pregame move. Embarking however is different as it’s not phase locked in the same way. A unit can Embark in any phase (other than a phase it has disembarked in this turn) so long as it ends a Normal, Advance, or Fall Back move with every model within 3″.

EMBARK
If a unit makes a Normal Move, an Advance or it Falls Back, and every model in that unit ends that move within 3″ of a friendly TRANSPORT model they can embark within it. 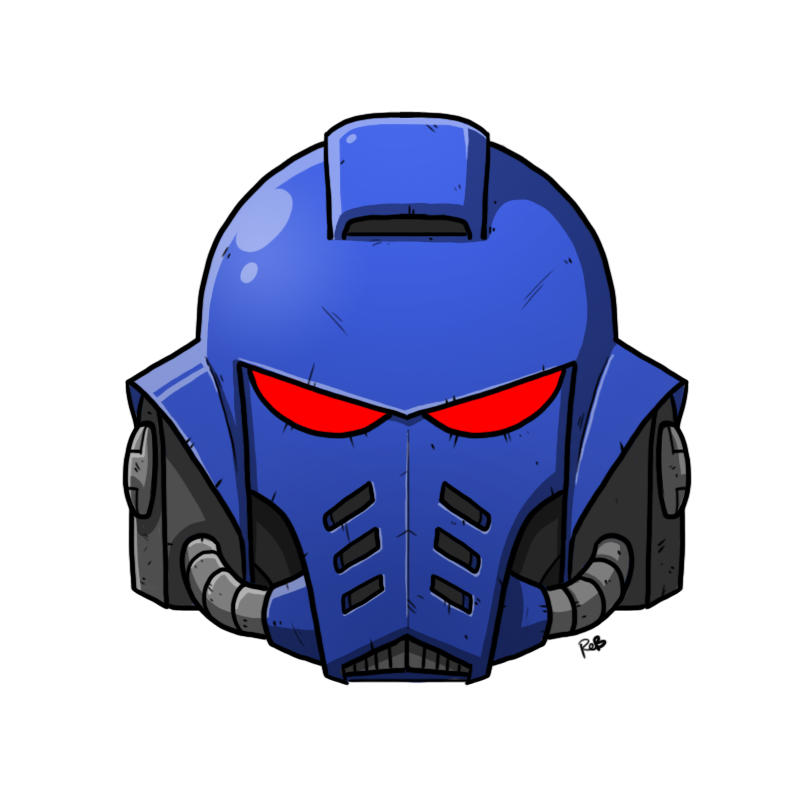 Q: If a space marine troop unit combat squads, do the resulting units have obsec, since the new units were not technically in a detachment? What about Tau drones? If drones detach from a breacher squad, do the drones get obsec? – Decline

Let’s tackle these one question at a time. Does combat squadding remove Obsec? No. I’m not going to try and debate if they are still in the detachment or not (who really knows) as it doesn’t actually matter if they are or not for detachment abilities.

Tau Drones are another issue, they don’t get ObSec at all. Whilst Tau Drones can be “Troops” in their battlefield role, they are specifically exlcuded from gaining Objective Secured.

Tau are still running an 8th edition codex so they still have a custom version of Objective secured but it functions identically. 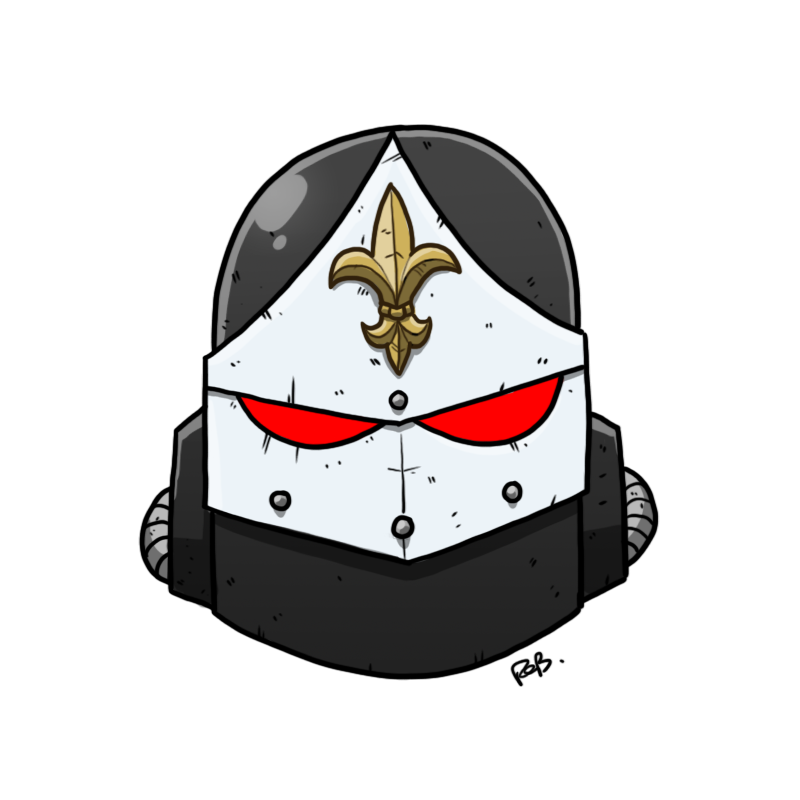 Adepta Sororitas – How do Quick to Anger and Desperate for Redemption Combine?

Q: Do Bloody Rose Repentia gain the benefits of the “Quick to Anger” extra attack when the models (but maybe not the unit?) fights using “Desperate for Redemption” (same as shock assault and “Only in Death …”, I suppose). – Sebastian

I’m actually not sure. I’d lean towards saying no, it can’t benefit from Quick to Anger in this circumstance but I don’t know if that’s being too pedantic.

This first part of the ability is quite specifically for when a unit fights and then Desperate for Redemption is very specifically about models fighting. Also notice that the second part of Quick to Anger is worded very specifically to affect models from a charging or heroically intervening unit, a similar trigger could have been used for part one but was not.

DESPERATE FOR REDEMPTION
Use this Stratagem in the Fight phase when a SISTERS REPENTIA unit from your army is targeted by a melee attack. Until the end of the phase, each time a model in this unit is destroyed by a melee attack, if that model has not fought this phase, do not remove it from play. The destroyed model can fight after the attacking model’s unit has finished making attacks. After doing so, any other rules that affect this model ‘when it is destroyed’ are triggered (if any), and then the model is removed from play.

So I think I’d be looking for a TO to rule on this for events, and for a casual game make it part of the pregame discussion. Sorry I can’t be more definitive on this.