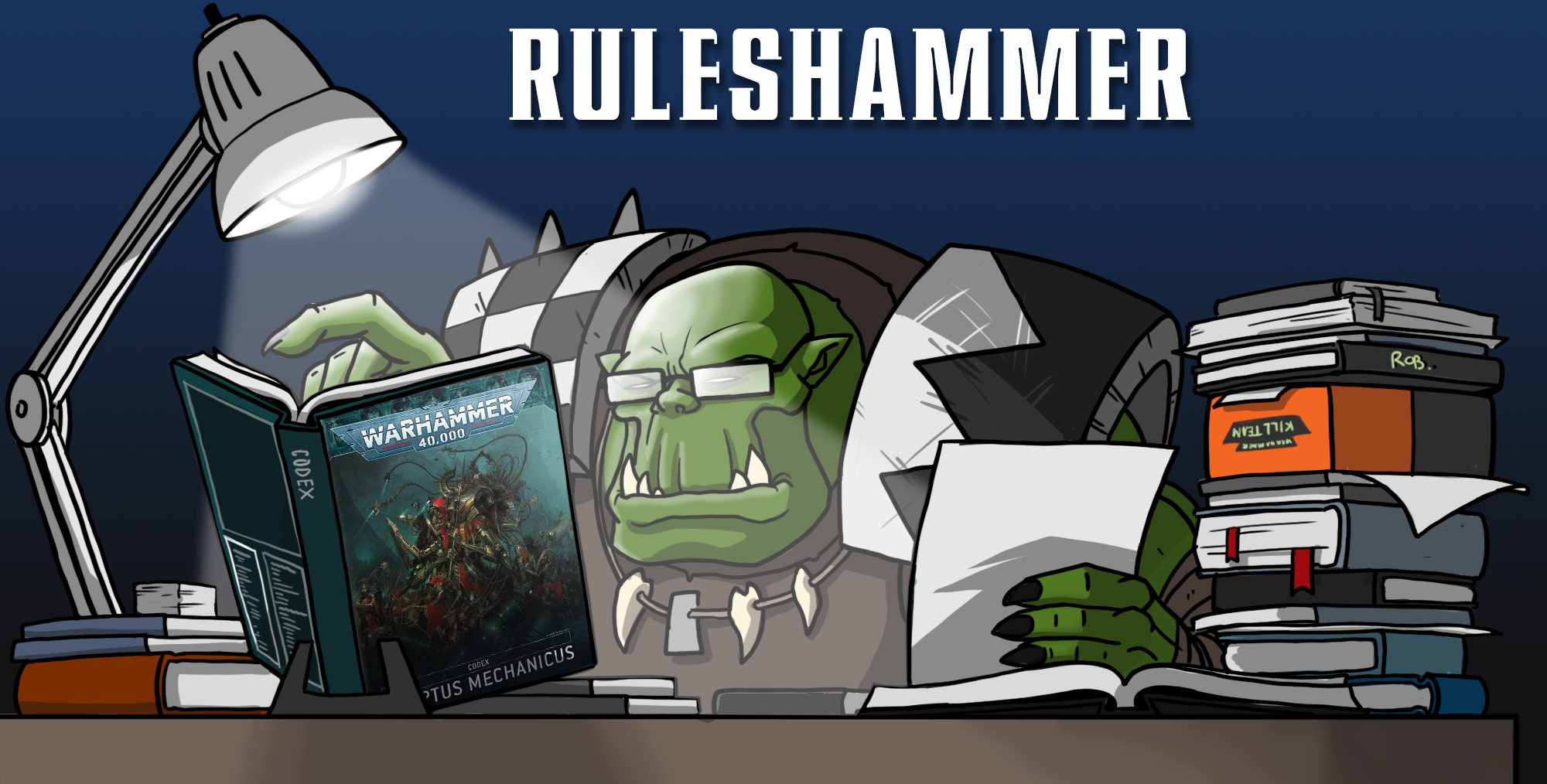 How does the CHARACTER keyword work for the Gaunt’s Ghosts models, especially in relation to Look Out, Sir and the Assassinate secondary? Also can “Try Again” Bragg shoot his autocannon until he hits or can he only shoot again once?

So there’s two questions here, lets hand them one at a time.

Score 3 victory points at the end of the Battle for each enemy CHARACTER model that is destroyed. If the enemy WARLORD was destroyed during the battle gain 1 additional victory point.

This is unfortunately as straightforward as it appears, models in the unit all have the CHARACTER key so each model killed is worth 3 VP for the enemy. Making the unit on its own capable of maximising the secondary for the enemy – that’s a pretty rough penalty for fielding them.

“Try Again” Bragg does not suffer the penalty to the hit roll of incurred for moving and firing Heavy Weapon in the same turn. In addition. in the Shooting phase, each time this unit has resolved its attacks, if no hits were scored with “Try Again” Bragg’s autocannon, this model can immediately shoot again.

Lots has been said about this rule and I’m honestly hesitant to weigh in. Even the intent of this rule has been debated, some going so far to argue that the infinite loop is intentional so that at least one hit with the Auto Cannon is scored every time. I think that’s perhaps a little far fetched, for one thing there’s neater ways to write such a rule such as “instead of rolling to hit for this weapon, roll a D6 on a roll of 1-3 score 1 hit, on a 4+ score 2 hits”. The other camp that I think slightly more plausibly think that the rule isn’t intended to give an infinite loop also it seems admit that it might do just that rules as written.

This is perhaps slightly thinner theory than I’d like that there’s a read where the rule isn’t broken or ambiguous at all, and there’s no loop. It’s to do with the distinction between a unit resolving its attacks and shooting again with a model. I’m not convinced that shooting again with a single model from a unit can be considered “the unit resolving its attacks” as the second set of attacks weren’t the unit they were just one model. With that interpretation in mind there’s no loop, because the trigger for the rule is never reached again.

Then you’d move on, the unit has resolved its attacks again it already did that to trigger Bragg’s rule. There are arguments against this read though, the shooting phase rules are written predominantly with units in mind. Step one of shooting is to select a unit. This is frustrating but I don’t think it entirely invalidates the interpretation. I think Bragg’s rule (like several others) allows a model to shoot, skipping the usual selection step of the Shooting Rules. There’s also a rule in the shooting phase against selecting a unit twice in the same phase, and whilst there are stratagems that explicitly give permission for a unit to be selected twice I don’t think Bragg’s rule does give that permission.

All things considered, it’s a pregame discussion rule if there every was one and I seriously would doubt that any such discussion is going to result in “infinite” grenades being agreed upon for the sake of the game. 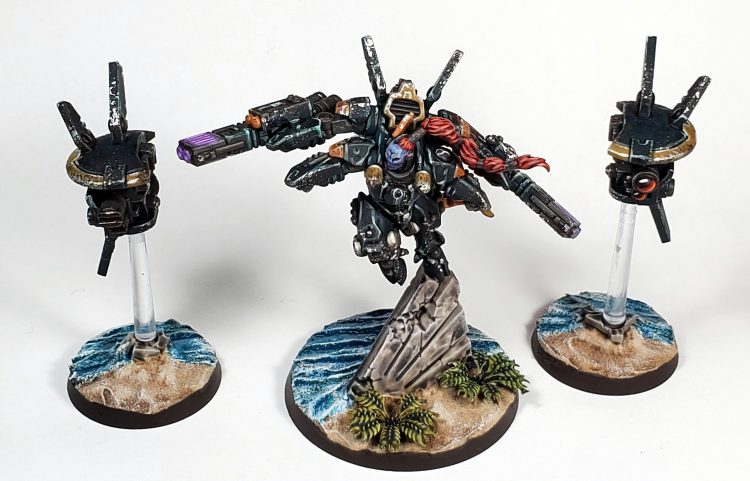 Tau – Shadowsun in other <SEPT> forces such as Farsight Enclaves.

Shadowsun can be in a detachment with T’au from any Sept; the problem is the way her rules interact with other units from those different Septs. 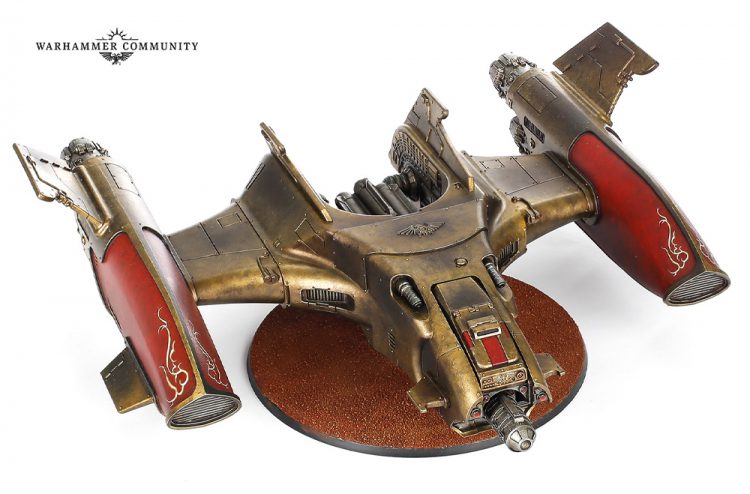 Hey love the articles! I could really use some help on the rules for whether or not a Tyranid Harridan (or any large flier with shortest dimension >12″) can act turn 1 in a Dawn of War deployment in matched play. Because the model has a base and has no special rule to measure from the hull, coupled with the definition of ‘Wholly Within’ being ‘Base (or Hull)’ and a Designer’s Note allowing fliers with large overhangs/wings to overhang the edge of the deployment zone if base is Wholly Within the deployment zone, the consensus among Tyranid communities is that rules support acting turn 1, but I find TO/League organizers ruling otherwise and often inconsistenly. I’d much appreciate you and the team’s help in trying to settle this once and for all!

So we have a few rules on this to consider, firstly from the deployment step of the GT2020

If a model from your army is so large that it cannot physically be set up wholly within your deployment zone (i.e. the smallest dimension of that model is greater than the depth of your deployment zone), it must be set up so that it is touching your battlefield edge. In the first battle round, that model’s unit cannot do any of the following: make a Normal Move, Advance, Fall Back, attempt to manifest or deny psychic powers, make any attacks with ranged weapons, declare a charge, perform a Heroic Intervention, perform any actions or psychic actions. Models in such units count as having moved a distance in inches equal to their Move (M) characteristic in their first Movement phase. If the unit has a minimum Move characteristic, it counts as having moved its maximum Move characteristic.

and secondly from the Core Rules FAQ

and just for completeness’ sake lets also look at the wholly within definition from the glossary.

As wholly within is defined as fitting the base (or hull) within the specified distance then if the model has a base it this that must be wholly within. As such a Harridan can set up their base wholly within a 12″ deployment zone therefore the first rule from the deployment step does not apply. The unit can set up wholly within as it’s base fits and it doesn’t measure to it’s hull. The Deploying Large Models FAQ clarified that whilst there are rules forbidding models from overhanding the edges of the battlefield with any part, regardless of if they measure to base or hull there was no such rule or clarification regarding overhanging the edge of your deployment zone. If when setting up the Harridan it’s not possible to deploy the model without a wing or tail crossing the deployment zone edge, then you are allowed to cross the line. The model’s base must still be wholly within deployment though.