From a lore perspective, the launch of Warhammer 40,000’s 8th Edition was rather explosive. In a literal sense—the Cicatrix Maledictum exploded out of the Eye of Terror and exploded a few psykers’ heads along with it—but also figurative. It had been a while since Games Workshop advanced the lore. 8th Edition advanced the doomsday clock one step closer to the Imperial midnight and revealed an Imperium on the back-foot, barely holding together their holdings on the right side of the rift and all but writing off the wrong side. 9th Edition does not represent a step forward; in fact it is technically a step backwards; the events of the Indomitus box take place earlier in history than the events of the Dark Imperium set. However it is no less compelling of a time to set your battles.

There is no other way to put it: the Imperium is in rough shape. Despite the fact that the Space Marines have received an infusion of harder-better-faster-stronger troops via the Primaris program, it finds itself reeling. The opening of the Great Rift cut off half of the Imperium from the light of the Astronomican, making communication and reinforcements nearly impossible. Guilliman awoke from his centuries long coma and immediately set his mind to retaking Imperial holdings and shoring up what he could. While 8th Edition launched with box sets focused on The Plague Wars—a Death Guard assault on Ultramar—this particular conflict was but a blip in the ongoing narrative.

His primary action was to launch the Indomitus Crusade. This massive undertaking had two purposes. The first was to reinforce Imperial holdings, the second was to aid the distribution of Torchbearer Fleets. These fleets carried Primaris reinforcements and geneseed to the Space Marine chapters scattered across the galaxy. It’s this second purpose that seemed to get the most focus during 8th Edition (no doubt to help sell the fancy new models we’ve been seeing). From supplement books to Black Library novels, we explored 8th Edition through Primaris Marines. 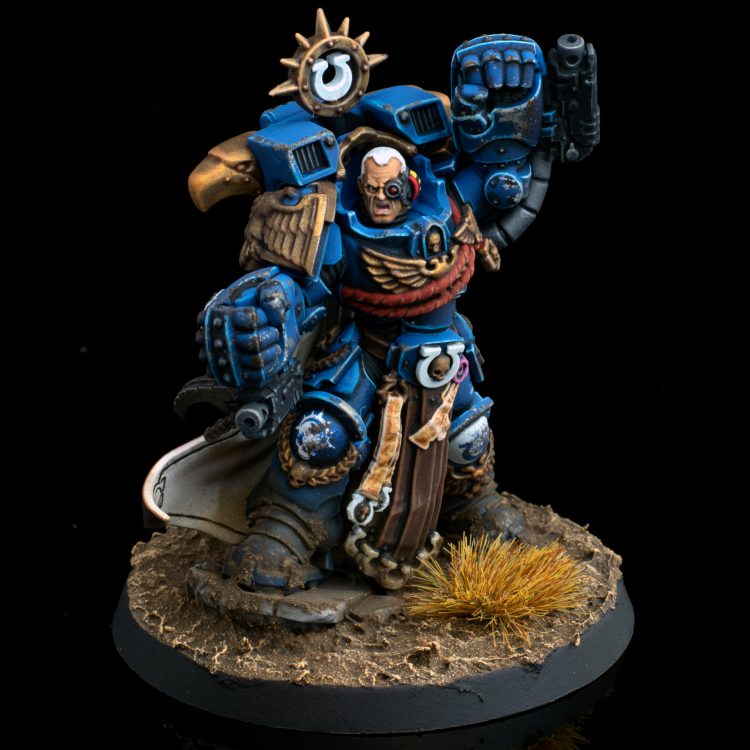 Vigilus was a 2-part campaign book that detailed the Imperium’s bitter fight to save the planet from the forces of Chaos. Vigilus, together with the planet Sangua Terra, anchors the Nachmund Gauntlet. This strait is one of the few safe passages across the Rift; both planets have poles made of polarized Blackstone whose Warp-dampening effects still the warp and allow for passage. Multiple Chapters deployed against multiple enemies, but the primary focus was Ultramarines vs the Black Legion. On Vigilus we saw Marneus Calgar emerge as the first Space Marine to cross the Primaris Rubicon, the name given to the painful and risky surgery necessary to convert a Firstborn Space Marine to a Primaris. He strode to battle against Abaddon the Despoiler, architect of the fall of Cadia which precipitated the opening of the rift. Inspired by Calgar, thousands of Marines both hero and trooper have undergone the transformation.

The other major narrative event of 8th Edition was the Psychic Awakening. We’ve covered the Psychic Awakening lore in depth here on Goonhammer, but a consistent theme for the Space Marines was heroes new and old emerging as Primaris Marines usually with a new model in tow. Lazarus of the Dark Angels, Mephiston of the Blood Angels, Ragnar Blackmane of the Space Wolves, and a host of others all lead their forces into battle sporting fresh upgrades. 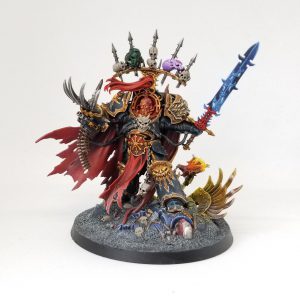 It’s important to note that the Psychic Awakening was not an individual event like Vigilus. Dates are not super specific, but the events detailed in the various supplement books span hundreds of years and take place all over the galaxy on both sides of the rift. Some, like War of the Spider, Engine War, and Pariah intersect with stories of the Indomitus Fleets. Pariah, which closes 8th Edition and leads directly into the 9th Edition Indomitus box set, even takes place very early in the post-Rift timeline.

Throughout all the events of 8th, and even the specialist game Blackstone Fortress, we heard more and more about this Blackstone stuff. It was a key element of Abaddon’s plan to destroy Cadia and looks to play a central role in the events of 9th. It is a psychically resonant substance that can either enhance or dampen the Warp and other psychic effects; it’s also extremely difficult to destroy.

The Indomitus box tells the story of a battle between some Ultramarines and the Necrons in an area known as the Pariah Nexus. This nexus is also the setting of the final Psychic Awakening book, Pariah. By embedding huge Blackstone pylons in multiple planets in a pattern described as “non-Euclidian fractal crypto-logic” (which I will never tire of saying), the Necrons have managed to create a zone in space completely cut off from the warp. Psykers struggle to cast spells, Astropaths can’t communicate, and ships can barely sail the Warp; they float listlessly in a calm yet unnavigable zone of space like a sailboat without wind. Worse still, the Inquisition discovers a ring of these Pariah Nexuses circling the Imperium “like a noose”.

As I mentioned earlier, the events of this box take place earlier in history than the events of Dark Imperium. Time has always been but a suggestion in the 40k universe—and ours these days—so while this may not have a practical effect on your battles it is notable because of what it means for hobby as a whole. By setting 8th after the Indomitus Crusade was (mostly) successful and stepping back for 9th, Games Workshop is signaling that they aren’t in any hurry to move the doomsday clock another step forward. The threats of 9th are new to us but not to the Imperium and we’re going to get to explore this era for a while. 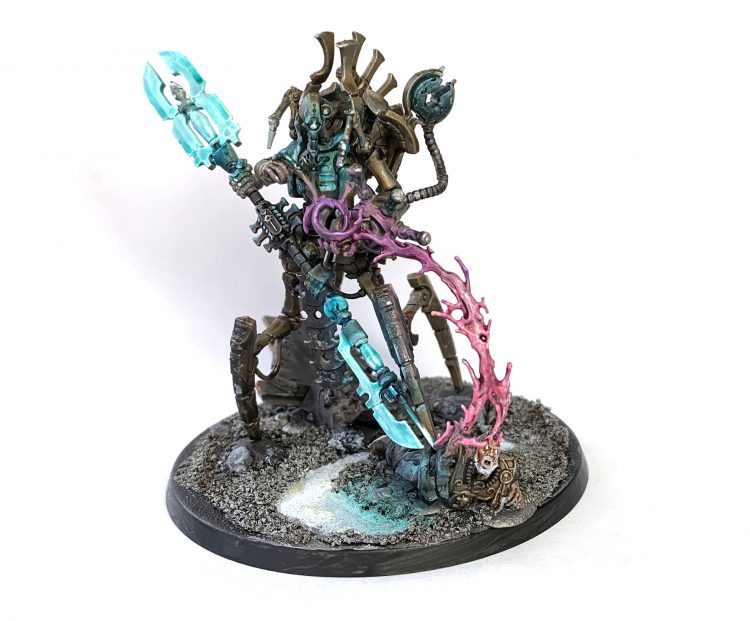 So what does this mean for setting your battles in 9th Edition? Well, it means that you have a rich tapestry of events to pull from. We’re playing in the era of the Indomitus Crusade which makes choosing a setting for your Space Marines to launch their Crusade battles pretty easy. Alternatively, you could pick your favorite Psychic Awakening book—it’s Faith & Fury just to be clear—and riff of that. The Imperium is in desperation mode; they’re pumping out new troops and equipment in a desperate bid to just hold on to what they’ve got.

If you’re not an Imperium player, the choices are rich. Chaos players could set their forces up as an invading force launched from the Eye of Terror into the newly devastated Cadian zone. Or, bolstered by the Rift, you could be part of a rampaging legion trampling former Imperial planets to dust in the Imperium Nihilus. It’s finally your chance to get back at the Imperium for years of victories by absolutely wrecking their shit.

For Xenos, the Psychic Awakening again provides a narrative jumping off point. The Tau are in the middle of their 5th Sphere expansion and finding humanity ripe for assimilation. Orks are gathering under the banner of Gazghkull…will you join his Waaagh or oppose it? Personally, I love the little blurb in one one of the PA books about the Spears of the Emperor heading out to investigate a gathering of Orks and am considering making an Ork Crusade based on that little tidbit. And the Necrons…well…enjoy your time in the sun. The revelation of the various Pariah Nexus (Nexii?) is undeniably cool and your decision to join the Silent King or go your own way is one you’ll have to contemplate.