2019 was the year I went all in on the hobby by committing to my first big event, which will hopefully be the first of many.

The Road to NoVA 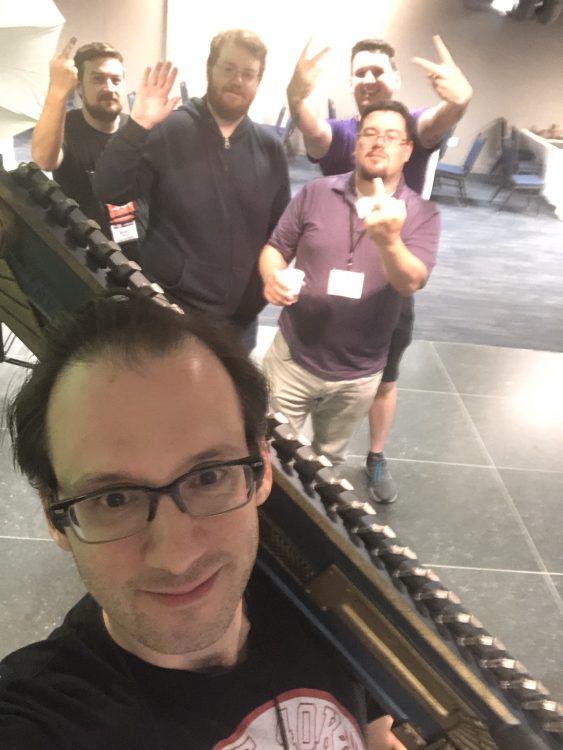 Joining  the late night goon crew in doing the rounds

At the beginning of the year, NoVA was already on the horizon with the hotel blocks being made available. Having listened to Dan and SRM of the 40K Badcast gush on about the NoVA experience, I knew this was something I wanted to do while I was living in the northern hemisphere. At this point the biggest event I had attended had thirty people from my local club, so going to an event with thousands of nerds was quite a step up. A number of the UK goon contingent were heading over as well and mob mentality kicked in, I was committed.

The key for me to flying across an ocean to play with plastic space wizards was to get the most out of the experience, which meant I needed to do a bit of everything. I had just started a new 40K army with the release of the Genestealer Cult Codex and I had an Adeptus Titanicus Maniple on sprue which I hadn’t used yet. This commitment would ultimately shape my hobby for the rest of the year.

After numerous failures to launch, I dove into 40K with the advent of 8th edition as true-scale Marines had me at the moment I saw them. Late in 2018, my opinion on Primaris Marines had soured a bit due to their static play style and not being that great competitively (how things change). Genestealer Cults had always appealed to me from both an aesthetic and fluffy perspective and being a polar opposite from Marines I chose them as my second 40K army.

Being an Index Army, I decided I would wait until their Codex dropped before fully committing to what forces to assemble and paint. This wait for the codex took a little bit longer than expected but was worth the wait with loads of models and a very interesting and flavourful codex.

Around about the time the codex was released, I had set my sights on attending the NoVA Open narrative event which was six months away. Knowing that the final game of the campaign was an Apocalypse game, I knew I had to paint 3000 points of a horde army in 6 month. Mistakes were made.

Having a firm deadline for painting was a great motivator along with The Road to NoVA series being a reminder to have at least something to show each month. The mountain of plastic I had to paint in time forced me to learn new things, such as how to use an airbrush, which was a godsend for painting up vehicles which I was using to bulk up my points.

The advent of Contrast was fantastic as well, as using it I was able to crank out 45 Genestealers and some HQs in the period of two weeks. I was intending to use these as a Kraken detachment for the Apocalypse Game. Amusingly after painting up 1000 points of Tyranids for this purpose, I never ended up using them only putting them on the table twice this year.

Titanicus was a game that I had to play a demo game of to fully appreciate how awesome it is. As I’ve mentioned in numerous places, it scratches a number of itches for me with its crunchy rules and the importance of movement. I had bought into the system in January, however was struggling to find the motivation to assemble them as I had only one local player at the time who due to changing circumstances wasn’t able to play games.

NoVA gave me the kick up the backside I needed to start assembling and putting these God Engines together. For the Titanicus Narrative, I needed to have 2000 points ready to put on the table. Being a low model count game this should be easy right? Anyone who has painted the trim on a Warlord Titan will tell you just how much fun it is. I took a break and batch painted 30 Neophytes as a palate cleanser after doing my first.

Preparing for a big event isn’t all models though, two weeks out from NoVA I had my first game of the year. This was enough to take the edge off my rustiness of the rules, I was grateful the event was a Narrative one.

NoVA itself was amazing and I would love to attend again, as I mentioned in my wrap-up post. The last quarter of the year has seen me exploring other game systems and looking forward to 2020.

It was around this September period that the new Marine Codexes were entering full swing and my Genestealer Cult weren’t performing anywhere near as well as they used to be. Genestealer Cult have always been a high skill ceiling army and I’m still chilling on the floor. With the Chapter Approved points nerf to Abberants, I’ve kind of gone off 40K and focused on the specialist games side of things.

After quadrupling my number of games played in Titanicus, I had drunk the kool aid. I joined Condit in writing the Warlord Wednesday series, which has been a great experience and has encouraged me to actually read the rules properly!

Next year will see me building a Knight Household Force, which I really need to play so I can fully understand how they work. At this point I’m not convinced they will be that strong, but in Titanicus that isn’t as big of a deal.

In the NoVA swag bag were two Underworlds warbands, which I had my eye on as something to give a go at some point. These served as a great change of pace and something different to paint after NoVA. Since then I’ve picked up a few more warbands just to mix things up. In the new year I hope to actually give the game a go… 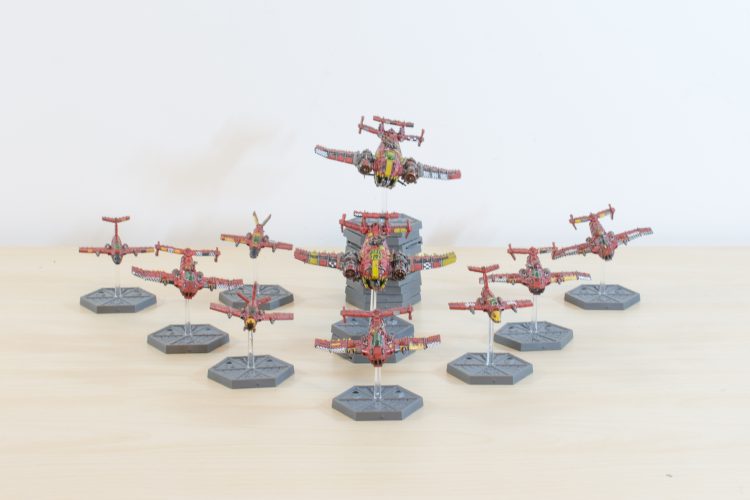 A late entry in the year was Aeronautica Imperialis, which I had seen the models for at NoVA. Being a system magpie, I picked up the starter without much thought but was unsure what faction to go with. Later upon visiting the local GW, they only had the Ork dice in stock which made the choice easy. I’m not sure where they will go with this game, but as a light filler game that doesn’t take up much space it’s sure to see some table time next year.

Just to top this off I’m looking to start two additional systems in the new year as well. In my Secret Santa gift this year, I was kindly given the Lizardmen team for Bloodbowl which I’ve always meant to give a go IRL. However the main system I’m looking forward to revisiting is Necromunda, which I haven’t played for 15 years.

All in all 2020 is shaping up to be a solid year of the hobby with a wide spread of games seeing table time
And I can’t wait.