My first boss out of college was a known inventor and enforcer of rules. When he and his friends would go out to dinner, they would institute an edict known as the “Filet O’ Fish Rule”. The only way to violate this rule was to shun your in-person compatriots by taking out your phone during said gathering. As punishment for this social faux pas, the non-phone holding members of the group would chant “Filet O’ Fish! Filet O’ Fish!” and after the meal, the offending phone user would have to purchase and consume a McDonald’s Filet O’ Fish on the spot. I only mention this because in my youth, my Necron-playing friend Alex thought Necron Flayed Ones were called “Fileted Ones” for a brief time. This is my circuitous way of saying this issue has Flayed Ones in it.

We start with a page on what Flayed Ones are, and why they’re cursed to flense, eat, and wear the flesh of the dead. Of course they don’t actually have digestive systems (either in-universe or as inch-tall plastic murderers) so their desperate hunger can never truly be sated. To accompany this grisly narrative, we have Battle Record to fill out, replete with tables to roll on to find out what kind of degradations and mutations they’ve got:

One does not earn the designation “Steel Raveners” for nothing. Where this title came from is a mystery, as the Guard stationed on Derek’s Mom’s Dining Table IV could not utter more than a scream at their sight. This pack of Flayed Ones prowl around on all four limbs, like the feral beasts that once stalked Old Earth. Their serrated bone-cutting blades were perfectly suited to rip out the spines of their prey, which they wore on their bodies with something resembling pride.

After all this macabre robot murder talk, there’s a comparatively sunny segment on The Imperium Sanctus, AKA: The Less Bad One. Note I do not say “The Good One” as there is no Good Imperium. Even with the leadership of Roboute Guilliman and the light of the Astronomican (both of which are detailed here) life is still short and filled with suffering. Each human being is just another piece of equipment in an ever-grinding machine, more likely to die in an industrial accident than ever see the stars. Am I talking about Warhammer or life in the service industry? You decide!

Lastly, there is a section on Space Marine command structures. This is largely focused on Chapter Masters, who are described as some of the most well-known heroes of the Imperium. That’s the right level of grim for Warhammer though – imagine Superman is real, he hates you, and you’ll never even be on the same planet as him, let alone the same ZIP code. Honestly, that’s probably a good thing for Manufactorum Worker #69420. Most importantly, this section misspells “High Marshal” as “High Marshall”, which is the name and title of a well dressed stoner in prep school. 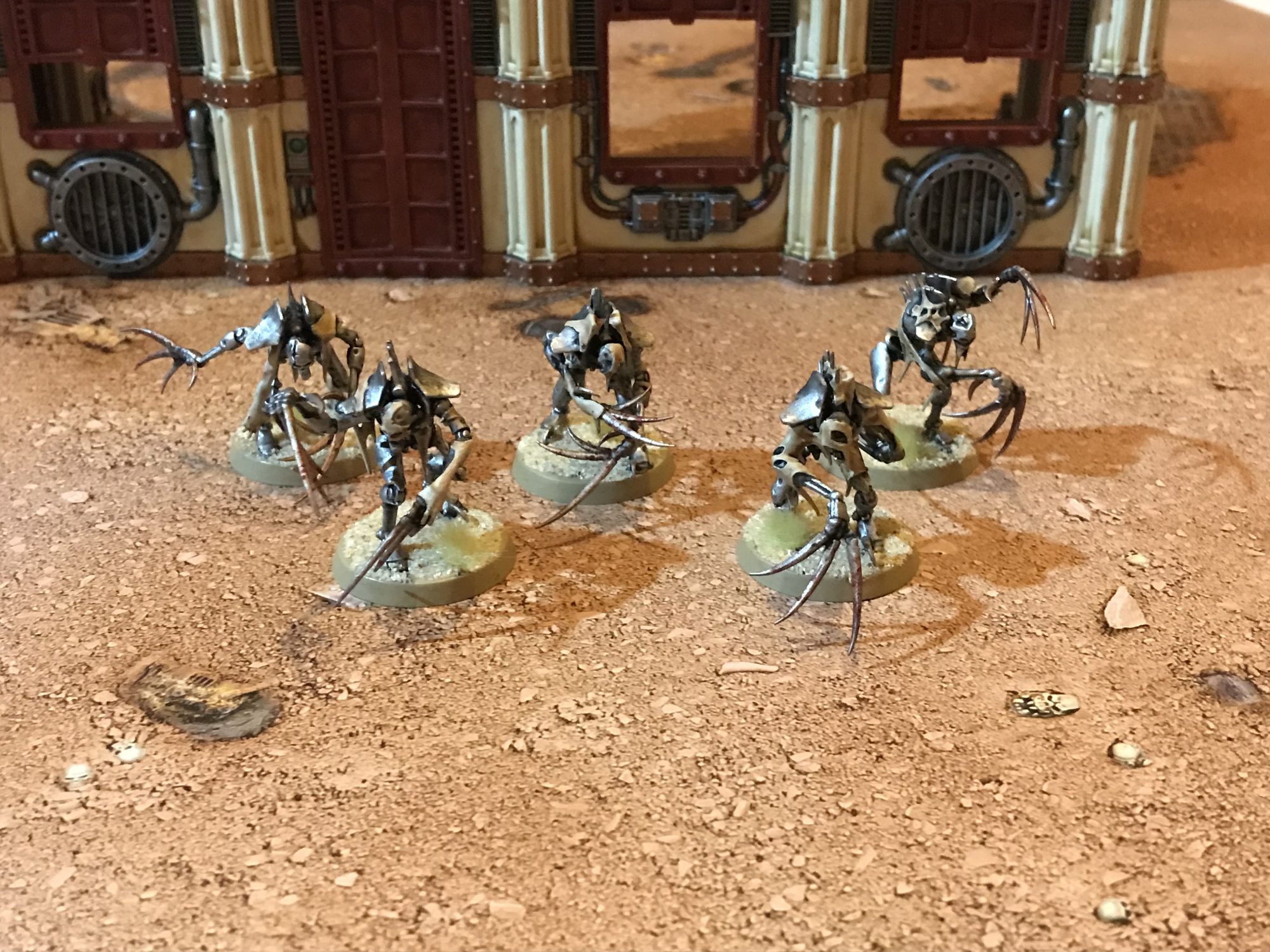 I’ll be straight up: I feel bad for any new hobbyists building these little jerks. Flayed Ones are gorgeous models with pointy, fragile bits pointing in every direction. This issue’s instructions even calls them out as being “quite fragile and difficult to assemble”, with visualized examples of how to clean up your plastic glue before it melts the details on the model. The instructions here go into all the detail you’d hope for in these hobby sections, and I think newcomers are going to need every word.

The painting instructions are also more detailed than I’m used to, as these are weird, pointy models with a mishmash of textures you don’t often see. None of the techniques are that unusual, but the models certainly are. We still don’t have paints for skin in Imperium so all the draping expanses of flensed flesh are painted Corax White. This gives the impression that these Flayed Ones were TP’d by a group of teenage ne’er-do-wells on Mischief Night. It also might give a somewhat less wholesome visual impression that I could detail in writing, but this is a family site.

This week’s mission, Destroy the Plasmacyte, tasks a pair of 3-man squads of Assault Intercessors to do exactly that: kill the little robot before it can do its job. The Flayed Ones, meanwhile, are here to party and kill all the Marines. In a fun twist, the players roll a D3 to determine where the single cargo container goes on the map. That slight variety in layouts is a fun touch.

This scenario’s new element is reserves, with the Flayed Ones deep striking 9″ away from any enemy units. The problem is that there’s not all that much room to maneuver, even on the bigger playmat used in this mission, and if they fail their charge on arrival it would be trivial for the Marine player to gang up on the Flayed Ones and chop them to pieces in one round. Much like the Kill Team: Pariah Nexus box they were introduced in, these Flayed Ones are pretty boned in this situation. There is the option to replay the mission with a Royal Warden instead of the Plasmacyte and/or a Captain in place of one of the 3-man packs of Assault Intercessors. It would be pretty demoralizing to go through the process of building these cool, difficult, point models only to get hosed in one round of combat, so I think swapping the Plasmacyte for the Royal Warden is a good bet.

Some canny warhams I know have purchased this issue multitudinous times due to the absolutely buckwild savings it contains. Flayed Ones run 55 American Dollars, and at the standard Imperium price of $13.95 you’d be a fool not to pick up four issues at your local Barnes and Noble. This also makes the suboptimal points:dollars ratio of Flayed Ones a far more attractive prospect. I would say the only thing more suboptimal than that exchange is how said Flayed Ones will perform in the issue’s mission. I think the mission introduces some important elements, but likely won’t be hugely fun for the Necron player. Deep striking is cool when it involves your dudes arriving from an unknown quarter, not dropping in the path of a moving train. The lore is solid and reinforces how grimdark the setting is, even in relatively peaceful Ultramar, which is the galactic equivalent of Nebraska. Any shortcomings of the mission are firmly pushed aside by just how good the savings are in this issue, and the lore sections are just Corax White icing on the meat pie.