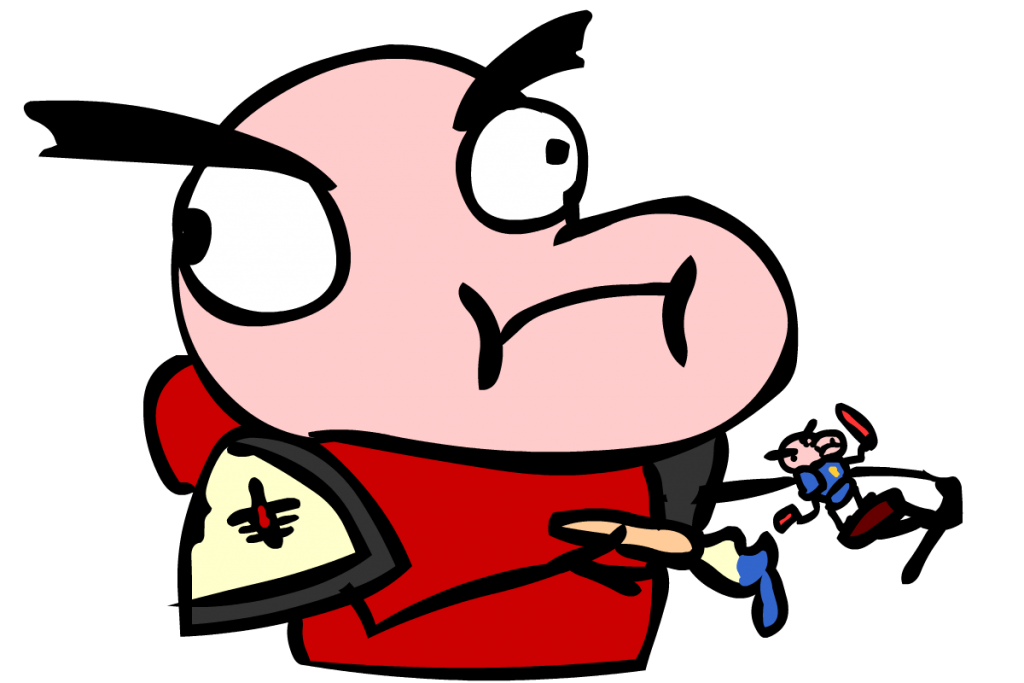 Hey all, it’s me, Campbell McLaughlin of The 40k Badcast and also those extremely dumb Dawn of Awesome cartoons from like 10 years ago. This is gonna be my fourth NOVA Open, and hopefully not the second year running where I’m painting shit until the last minute. I’ll be repping Humanity (the faction of Cool Dudes and Sexhavers) in the Narrative Warlords track, and I’m sure to snatch defeat from the jaws of victory in at least half of my games. In previous years I’ve brought retro Ultramarines, Black Templars, and Imperial Knights, so it should come as no surprise that I will remain extremely on-brand with another flavor of Imperials this year: Primaris Ultramarines! These are way different from my retro Ultramarines, Heresy Ultramarines, and the Ultramarines I painted in high school, believe you me. Here’s the first 1000 points or so: 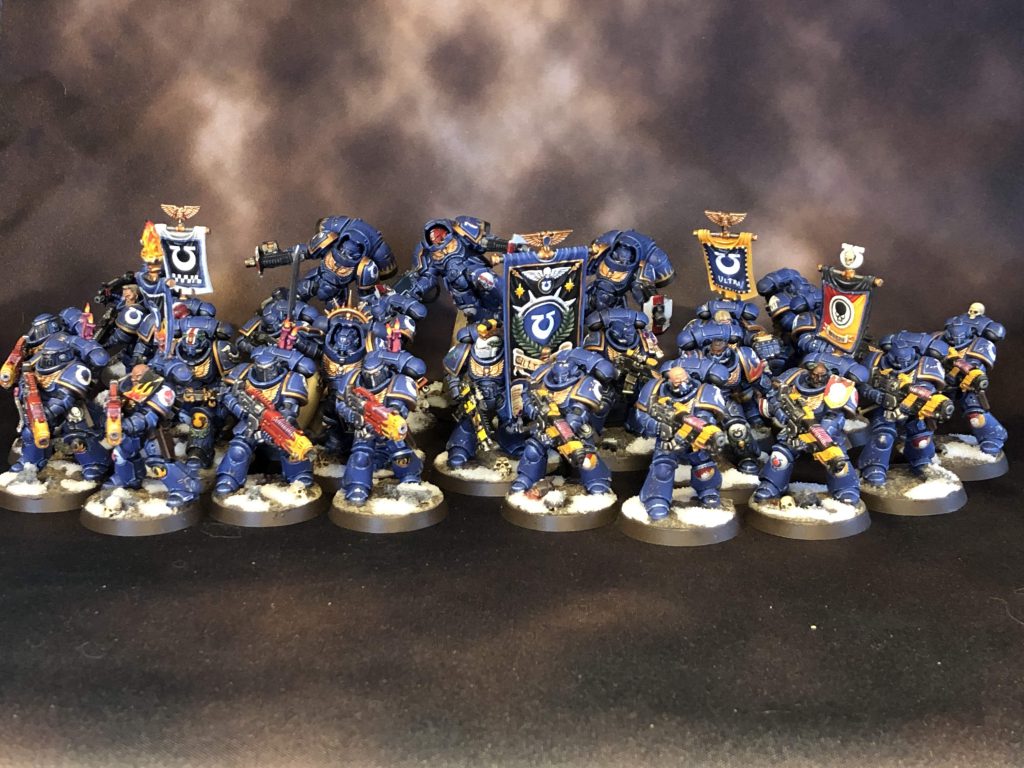 Since taking those pictures, I also found the time to paint another two five man squads of Intercessors to back them up and bring the force up to a Battalion. My general aesthetic for this army is “weathered and modern but with retro flair” and I think I’ve applied that well to my next two Intercessor squads, including the squad with a banner suspiciously similar to the Purina Dog Chow logo. 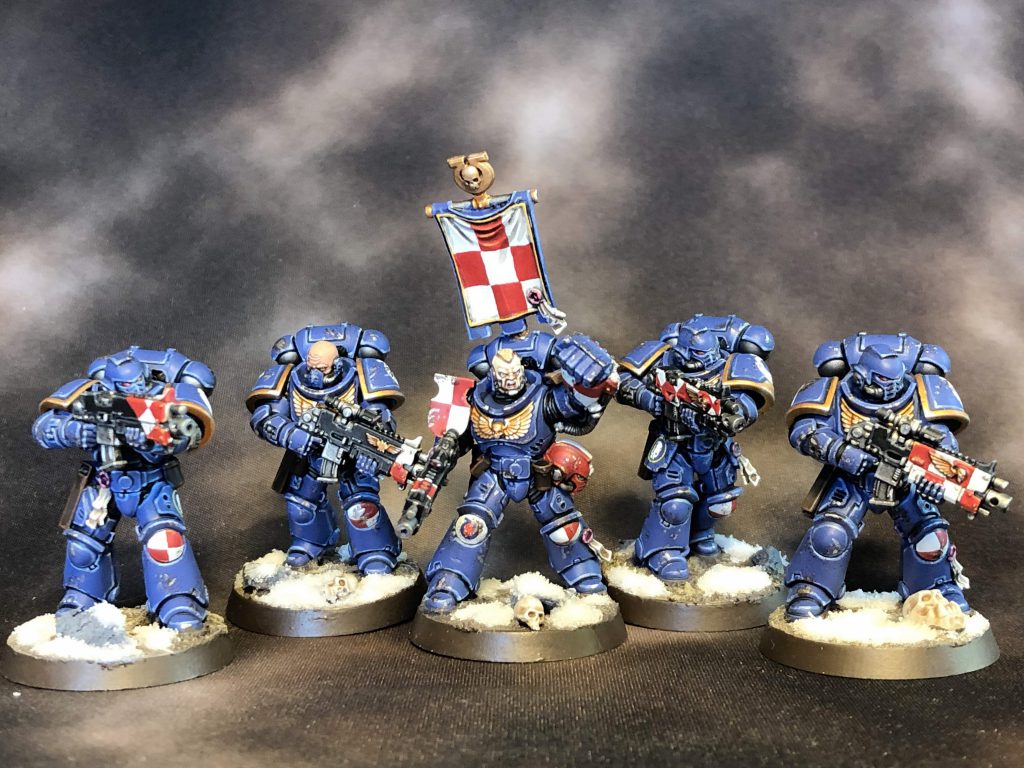 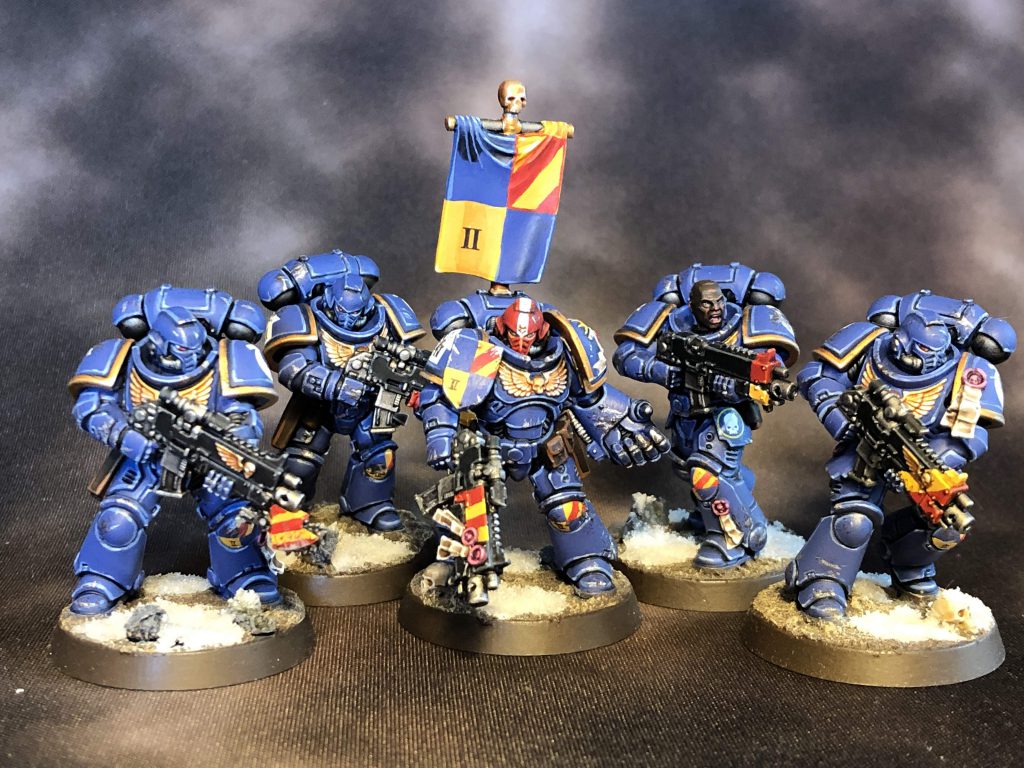 These guys bring me up to 1188 points, so I’m still a bit short of the preposterous 2500 point games NOVA always throws at me. I’d say I’m already halfway there!

While most goons here have something resembling a plan or a list they’re building and painting towards, I will continue to bumble my way through my backlog, painting whatever catches my eye at the moment. Expect a breakdown of what shit is in my closet and how likely I am to paint it in a future post, and bask in my shame at the mountain of plastic that is slowly choking the life out of me. Until next time, here’s a WIP of some tacticool jabronis: 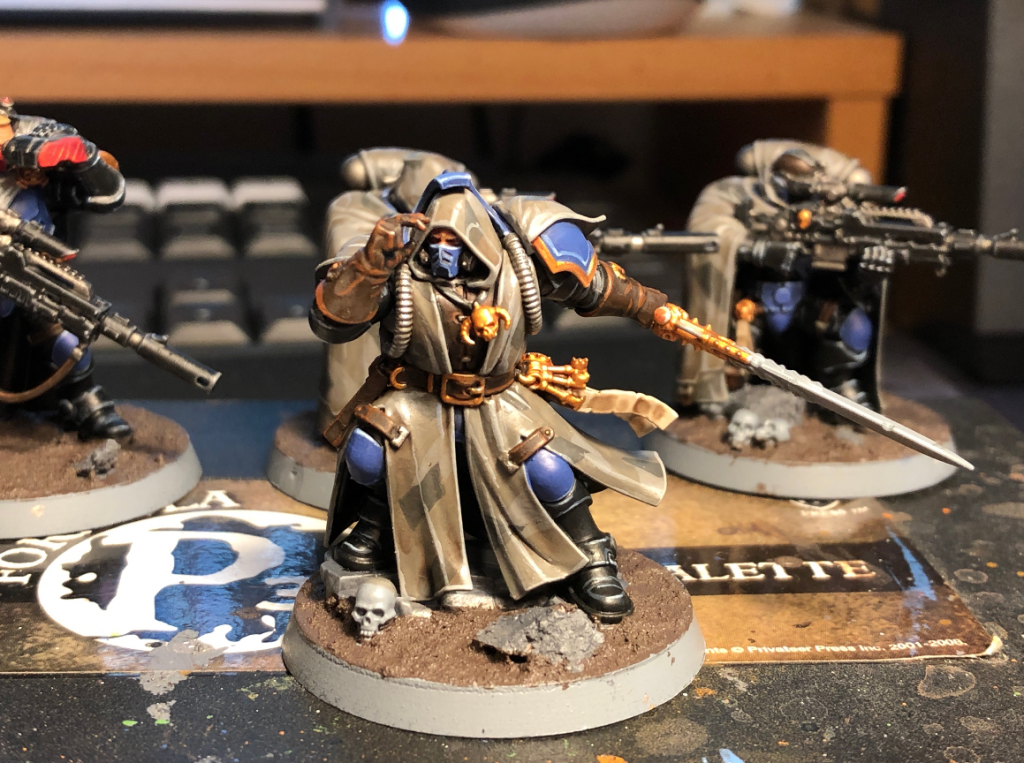