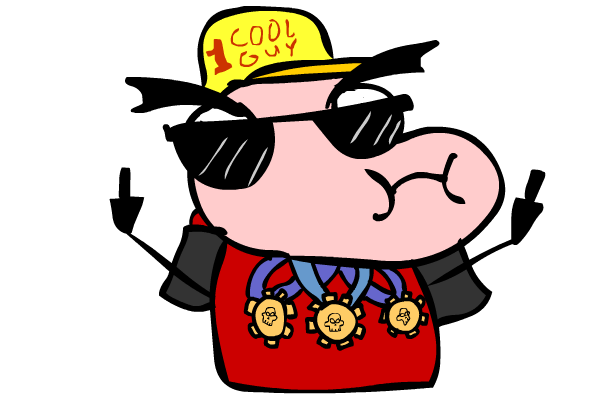 So you may have heard that I’ve won a few medals. I’m really, really good at Warhammer, you see. It’s okay to be intimidated by my hordes of nigh-useless idiot sons with bolt pistols and chainswords. You might be thinking “Man, I sure hope this guy who exclusively plays bad armies and hasn’t played a game since Adepticon can hem and haw on what he’s painting then try to lecture me on gaming” and boy howdy are you going to get that!

This year, as with the last three, I’ll be in the NOVA Narrative event on the Warlords track, where I will tank Humanity’s score over the course of Labor Day weekend. Last year I brought my Knights who, despite being remarkably powerful at the time, still lost me an awful lot of games. 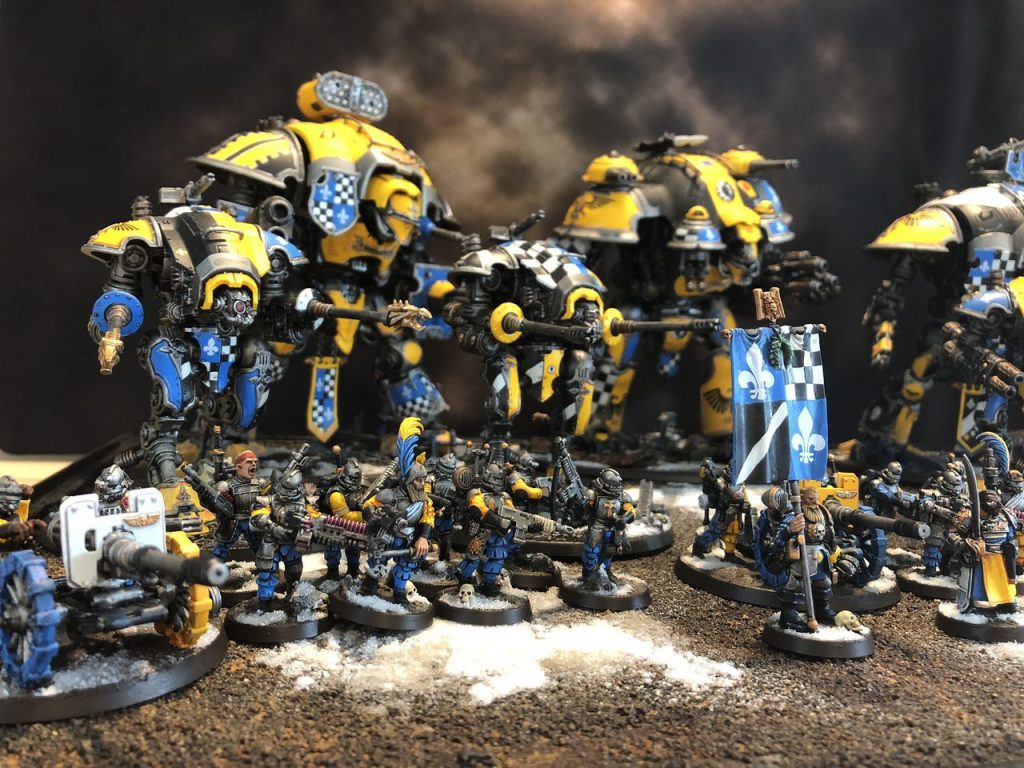 Also, like the dingus I am, I was painting this army until the day before I flew out. In years before I did relatively well with Black Templars out of both the Index and Codex lists, and back in 7th took Hero of the Free with my old school 2nd edition Ultramarines.

Fortunately the non-Apocalypse events in the Narrative this year cap out at 2000 points, so with the progress I’ve made, I really only need 600 points more to go. Now, the 1400 points or so I’ve got is Not Good and is entirely characters and infantry, so I’ve got to get some vehicles on the ground. With that in mind, I’ve gone ahead and built a lot more infantry because more jabronis with boltguns is more exciting to me than the Repulsor and Redemptor I’m neglecting. There’s two problems here though:

All My Shit is in Storage

With a renovation going on in the office, I’ve had to pack away all my ham stuff save for a few essentials. This also means I don’t have my desk or ample lighting at home to paint right now, which means…

I’m Painting at the Library

Fortunately I have access to a great public library to work and paint out of, but getting everything set up to paint can be a bit of a problem. It means finding an empty table in the maker space, doing the legwork to get water, tissues, and so on for painting, and unpacking my paint kit.

This is going to be extremely fun, as my army of just Ultramarines is going to eventually require 3 separate books – Codex: Space Marines, Vigilus Defiant, and the Shadowspear pamphlet. Hopefully a 2nd edition of Codex: Space Marines consolidates it all, but until then, I’m prepared to lug around a bunch of heavy hardback books like some Heresy player.

My plans for how I’ll play most of my games are pretty simple and straightforward. Since my army won’t be charging forward like idiots most of the time and with the removal of templates from the game, I’ll finally be able to live the dream and form the Space Marine Battle Pile of yore: 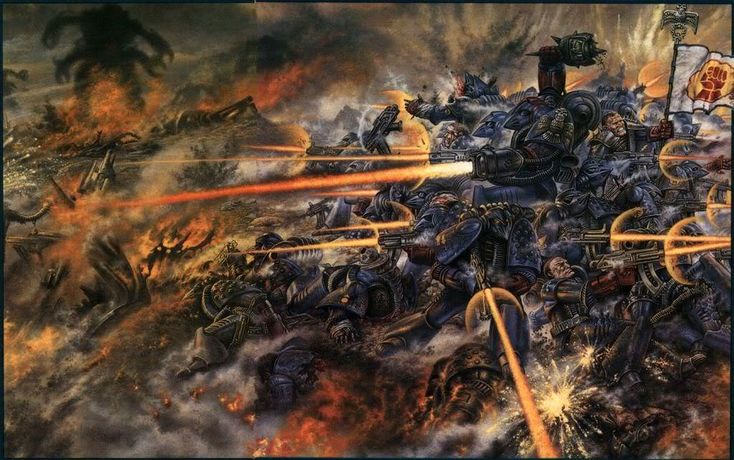 To nobody’s surprise, this should consist of a Captain, Lieutenant(s), Ancient, and a bunch of Hellblasters and Intercessors all getting funcomfortably close to each other and shooting anything that moves. Inceptors will boop around and take objectives and put pressure on backfield threats, and a screening unit or two of Infiltrators will keep things from deep striking near my beautiful war mound. With the Better Beta Bolter Brule now in effect as the Regular Beta Bolter Brule, I can move them up and fire pretty effectively while my Eliminators hold a home objective. Anything else I paint up for this probably won’t change up my main strategy here, as I depend on simple strategies that I can remember when I’m getting hammered on $5 pours of Fat Tire.

The only wrinkle I can really see changing this up is if I paint up my Redemptor Dreadnought. Then I can split the force up and depend on the Wisdom of the Ancients strategem to give him the Captain reroll bubble. I mean it’s a Dreadnought so it’ll die immediately, but no plan survives contact with the enemy I guess. Alternately, I could paint up PriMarneus Calgar to give my force some extra CP and close combat punch.

Oh, or I could just use my 30k Guilliman model as 40k Guilliman. That’ll fill out a lot of my missing points and the dude’s been out of work for years. I don’t need to actually learn how to use him, right? 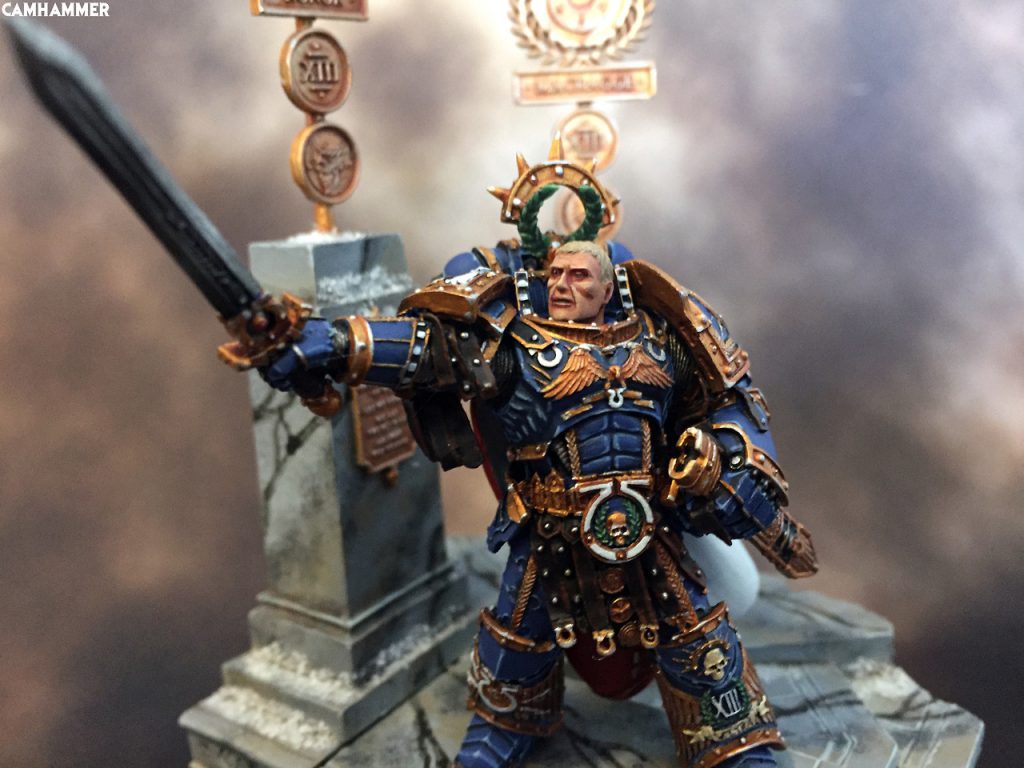