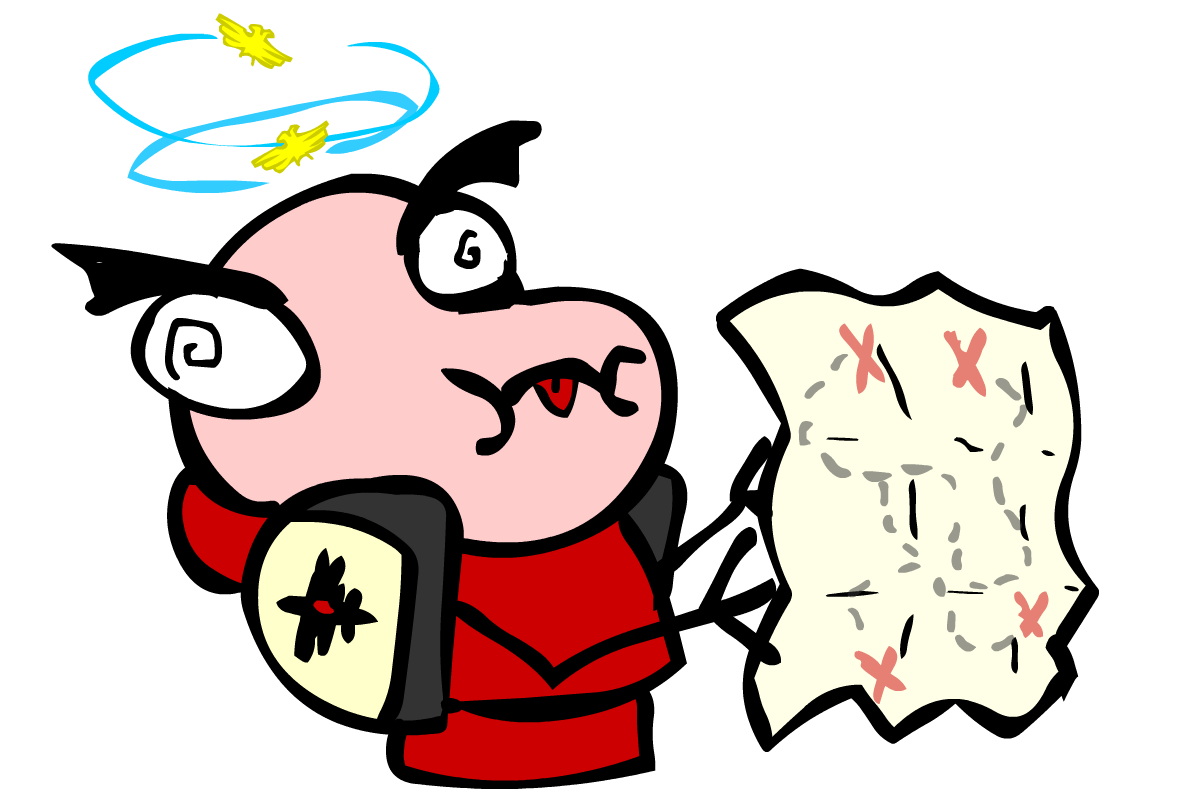 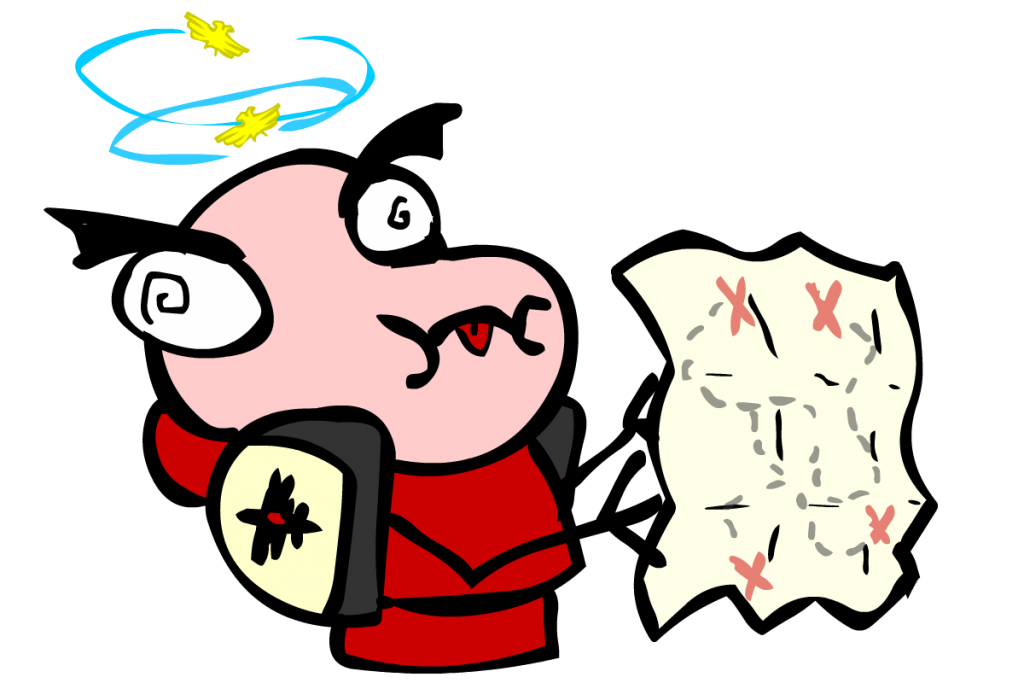 I’m reaching the inevitable stage of a hobby project where I’m being torn in every direction at once. I have the following dilemmas:

Holy Shit I Played a Game!

The drought is over! My post-Adepticon doldrums have subsided and I got to throw down in a 1000 point game against my buddy’s Orks. My list was basically Dark Imperium plus a few things, while his was a whole mess of Flash Gitz, Smasha Guns, Lootas, and Meganobz with some boyz and grots for bulk. 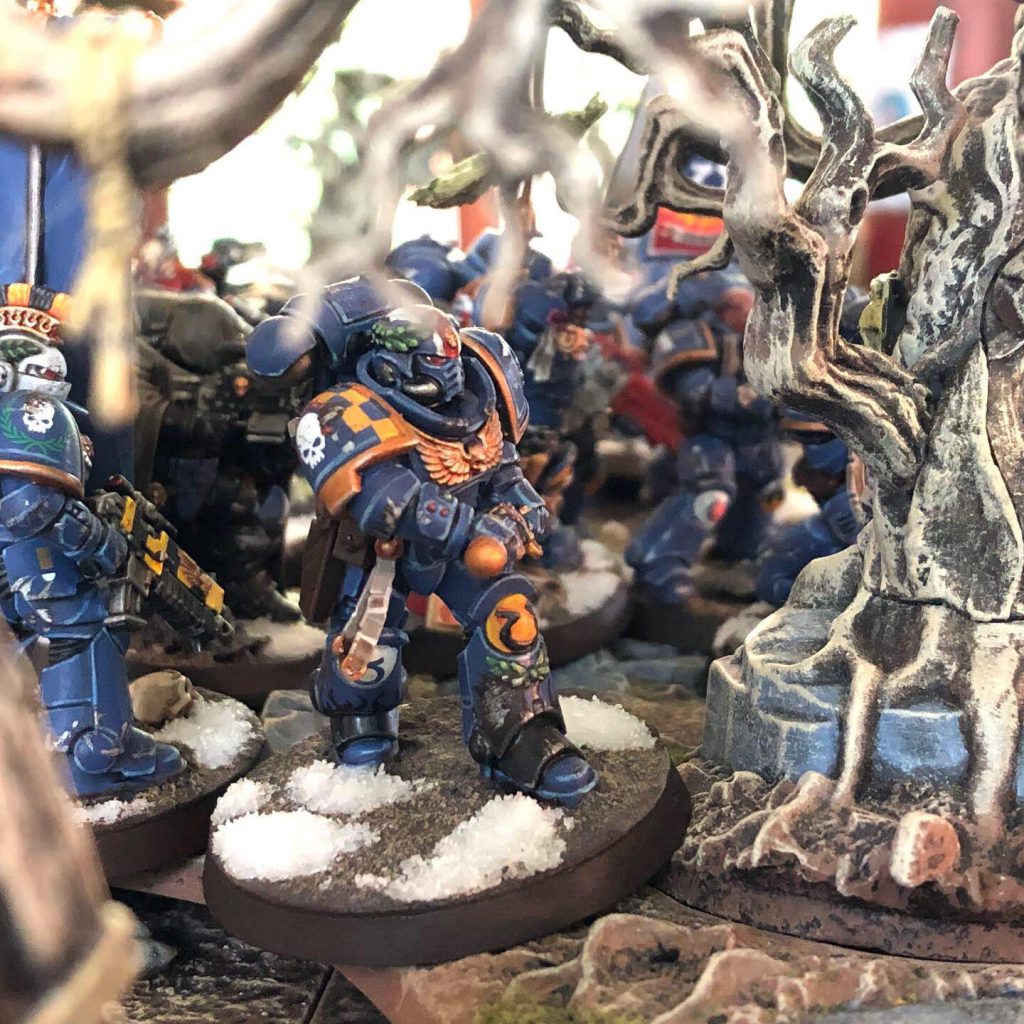 It was a worrying amount of Damage 2 weapons, which paired with my extremely not great rolling saw my army utterly devastated by turn 2. 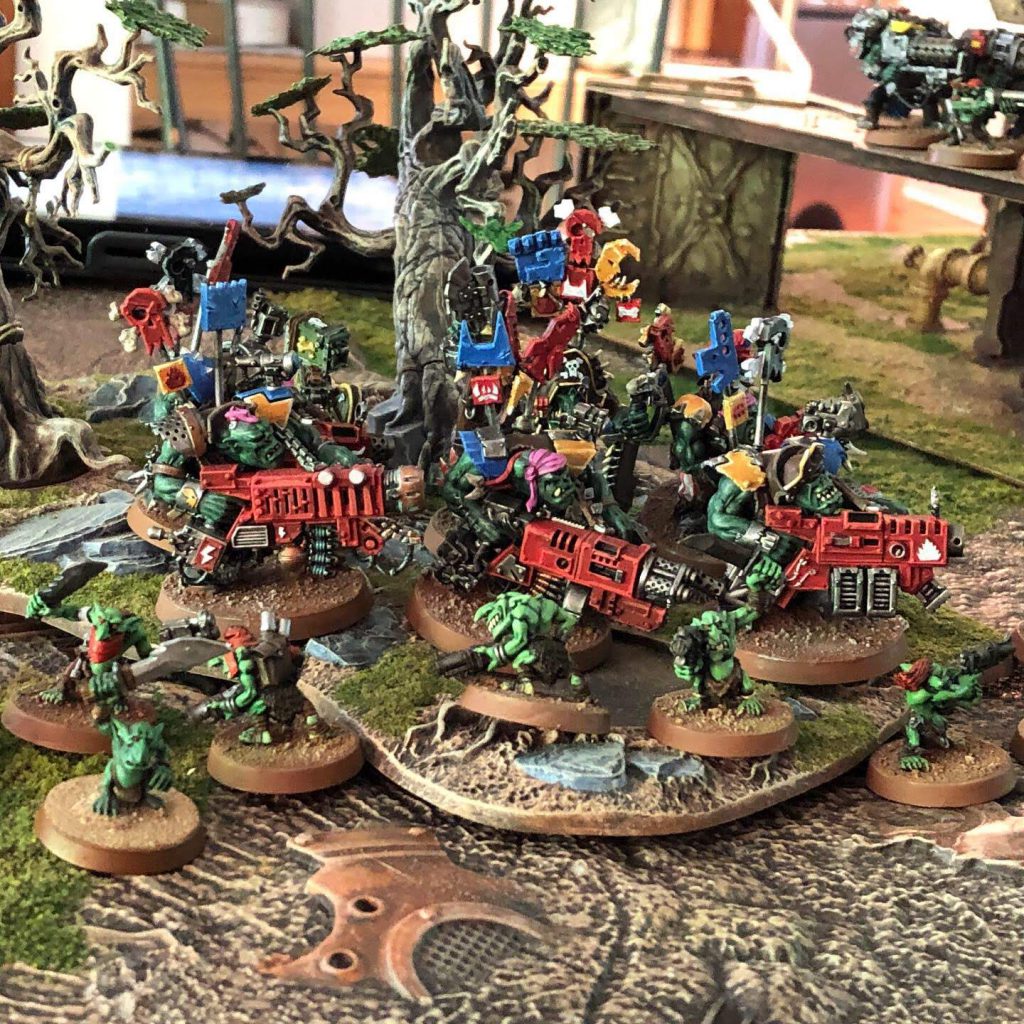 That being said, over the course of this game where my infantry got mercilessly rolled, I learned a few things. I already knew reroll bubbles and synergies from my time with small Marines, but learning how to use Intercessors, Hellblasters, Eliminators and Inceptors was a fun experience. I feel like Inceptors are tricky since they can’t take advantage of their deep strike ability and any reroll bubbles generally, but in my game they gunned down like 14 Orks in one round of shooting which was pretty dope. However, I did have one key takeaway from my army largely getting merked: 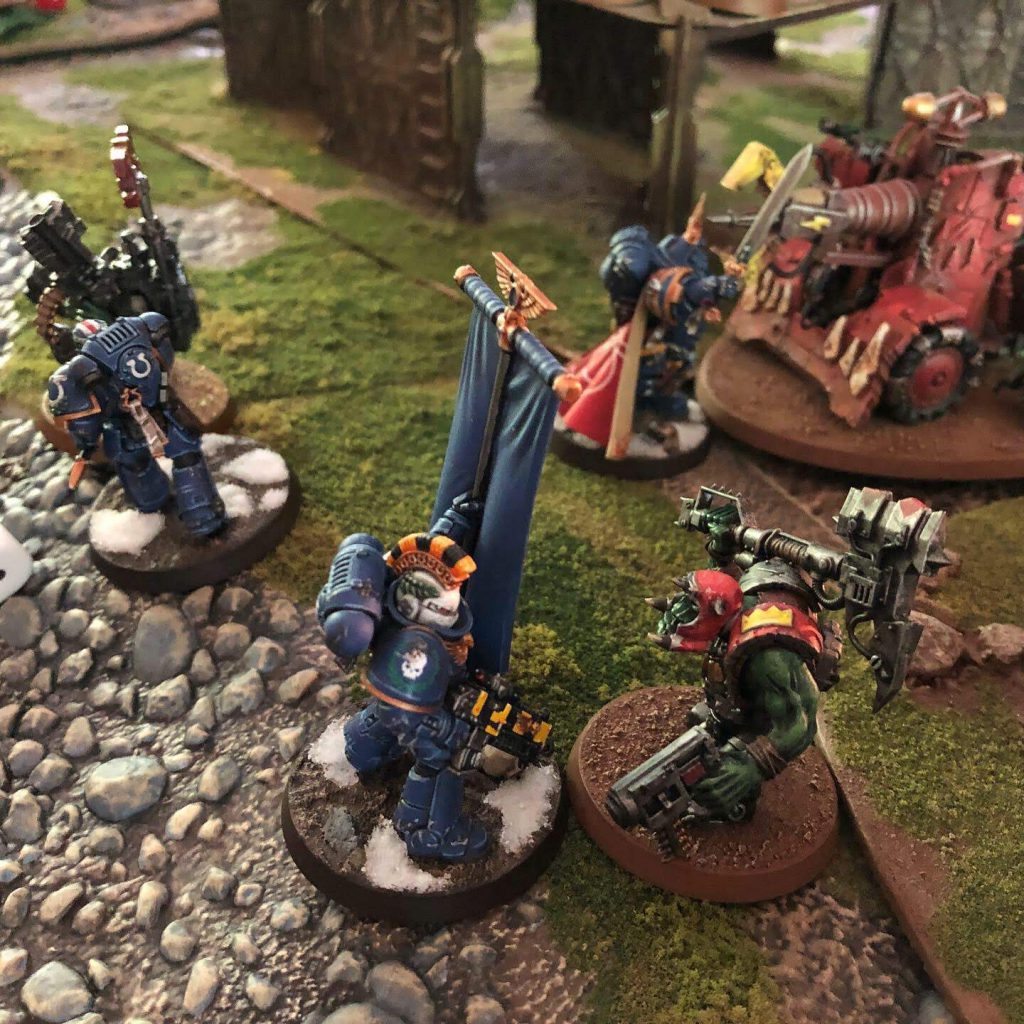 They’re like regular Marine characters, but more gooder (technical term, I wouldn’t expect you to know it) and it’s just enough to push them from “underwhelming” to “solidly whelming”. Now while my infantry were mercilessly slaughtered in this game, I still pulled out a bottom of turn 5 objective grab and stole victory from the grubby paws of the Orks. How, do you ask? With these two Boss Hogs (Bosses Hog? Hog bosses?) right here: 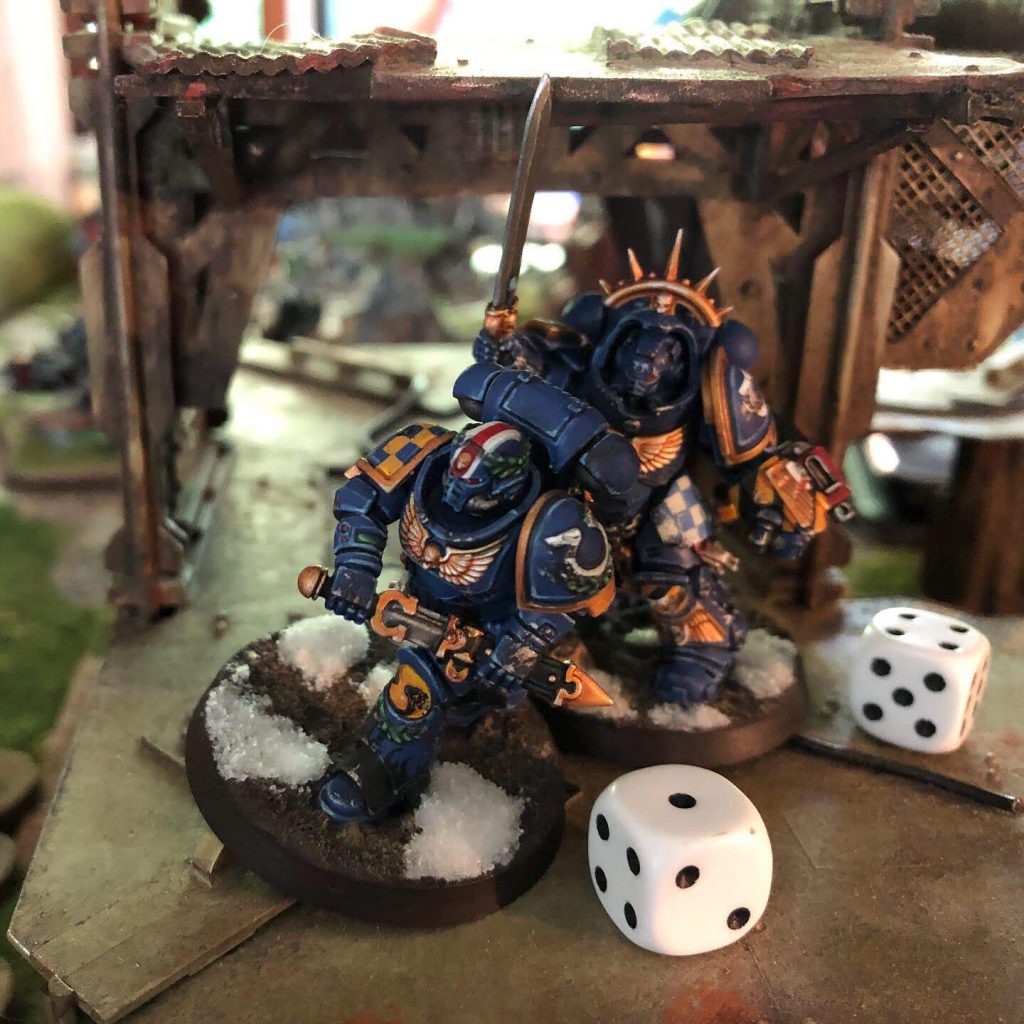 That’s my Lieutenant with one wound remaining and my captain with four wounds remaining, clearing the deck of Lootas right before they grab the objective and win the game. Using the Sanctic Halo, that chonky captain made about a dozen 3++ saves in a row, tanking the damage that a turn ago saw an Intercessor squad get wiped. I was worried my army was looking a bit too character-heavy (as I love inflating my “points painted” count with expensive characters) but now I’m thinking that it might not be such a bad thing. I’m probably wrong, but being wrong is very on-brand for me.

And before I go…

I Have a Paint Station Again! 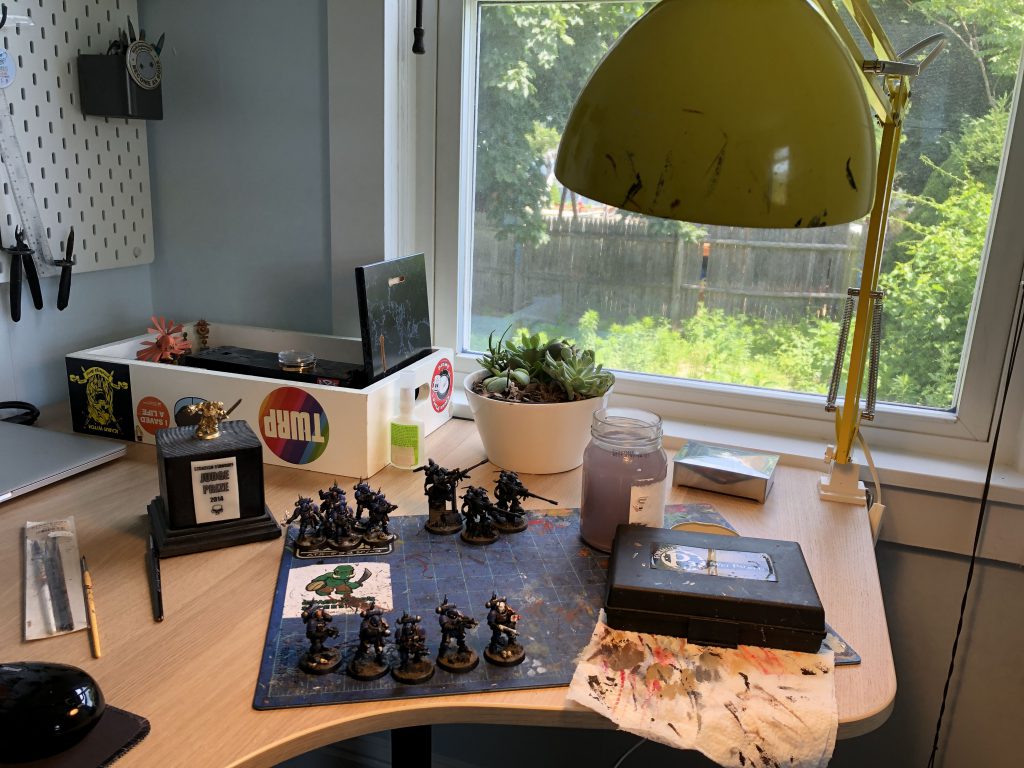 While there’s still more to do, I can finally paint at home comfortably again. No more library painting for this fella! I even got to play with some Contrast paints, which I tested on the vials and smoke of these two Infiltrators: 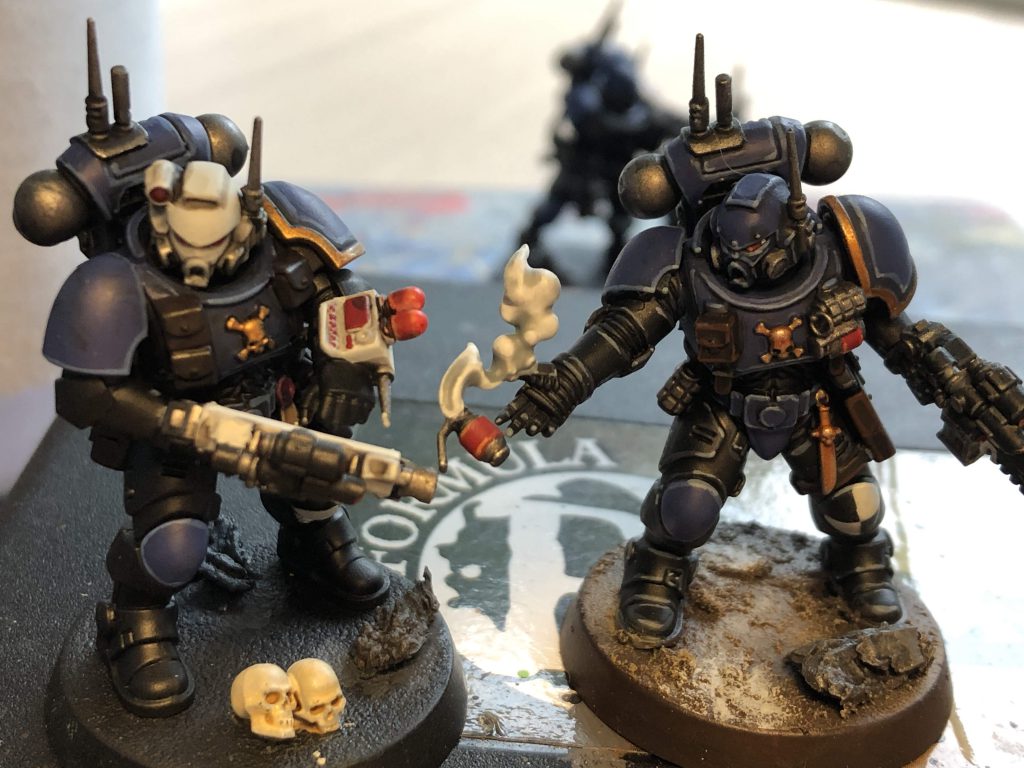 It’s fun to use, and makes me really wish I was speedpainting some Empire or board game duders right now, instead of these 4+-hours-a-guy Space Marines. I’m planning on using it on some capes, so we’ll see how it goes when I get to Calgar and his boyos.

Shit I have to do a Blanchitstwo too don’t I