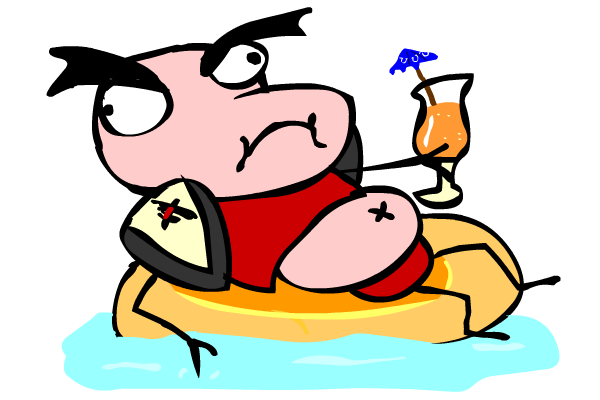 With NOVA fast approaching, I’ve been in a rush to get to 2000 points. Well, less of a rush and more a of “determined meander”. I’m proud to say I’ve finally gotten there, finishing my first vehicle for the army – an as-yet-unnamed Primaris Repulsor: 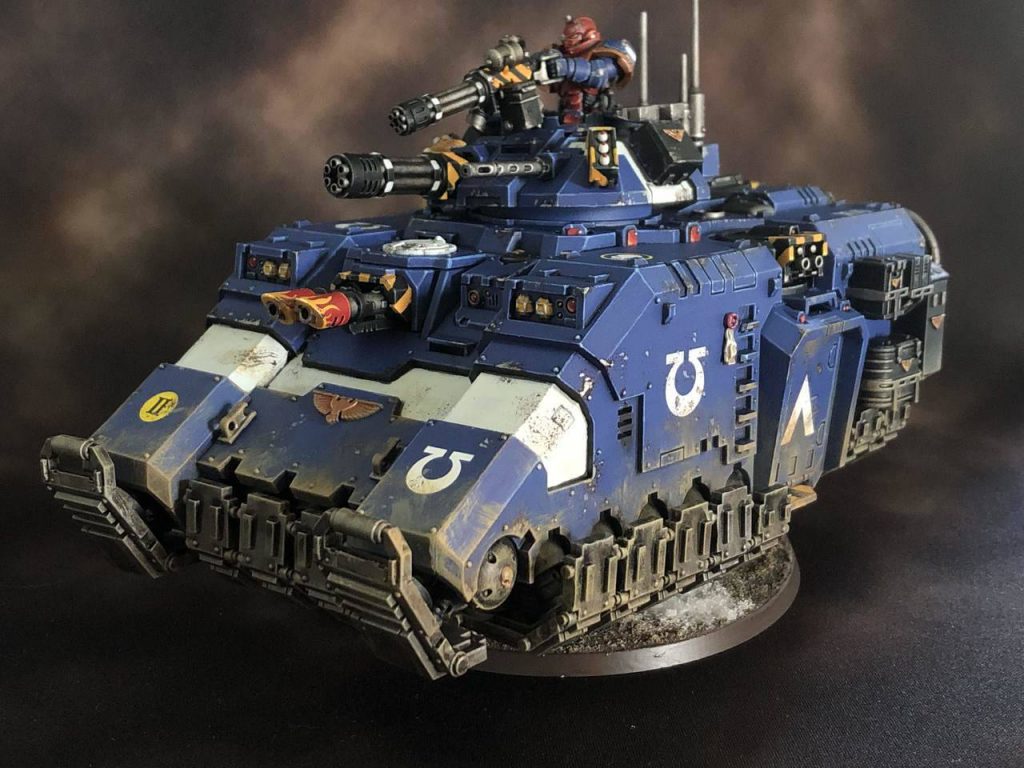 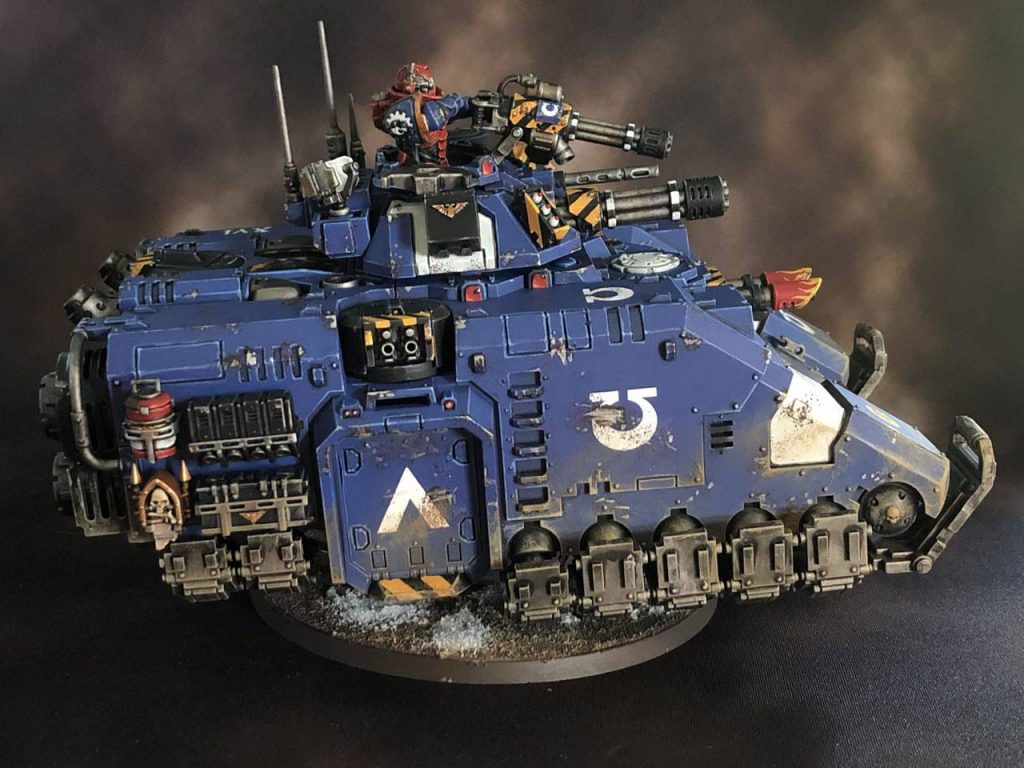 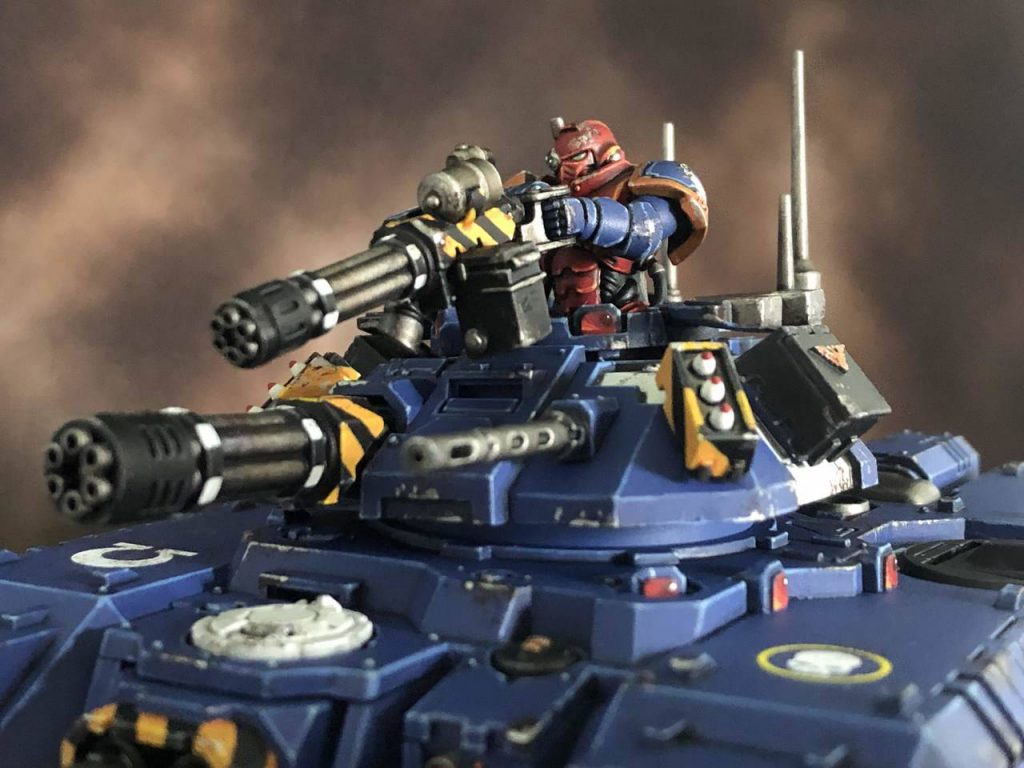 This thing was such a project to work through, but I love the results. I tried painting each separate subassembly to completion before moving on to the next as I didn’t want to miss highlight #15 on Stormbolter #3 or forget a caution stripe somewhere. I’ve already used it on the tabletop in a game against my buddy’s Aeldari, and this motherfucker does work.

Now, uh, the problem is, I forgot how to use vehicles in the months since Adepticon so I didn’t screen it and it got killed on turn 2.

Fortunately, while I forgot How To Tank, I did learn how to use Inceptors effectively! Instead of just dropping them near my infantry deathball for the reroll auras, I dropped them behind the enemy supporting line. This way they could (honorably) shoot characters in the back, (courageously) assassinate supporting units, and (valorously) run away from danger. In this game against Aeldari, they killed Prince Yriel, a Farseer, Spiritseer, and even finished off a Wraithknight after grabbing The Relic!

So with a few games under my belt, my army up to 2000 points, and the month of August ticking away, I’m finally ready for NOVA!

With a new codex come new points values, stratagems, rules to learn/exploit/forget, and a shift in the meta. Will Space Marines finally be good again? Will history repeat itself and sink me in every game now that I have an actually decent codex? Time will tell! With that in mind, I thought it would be good to shore up my points a little in case I’m suddenly short 200ish points. While he’s not quite done (and I’m sure he’ll get some play in a HTPE article) I’m happy to say I’m extremely On My Bullshit with ol’ Marneus Calgar here: 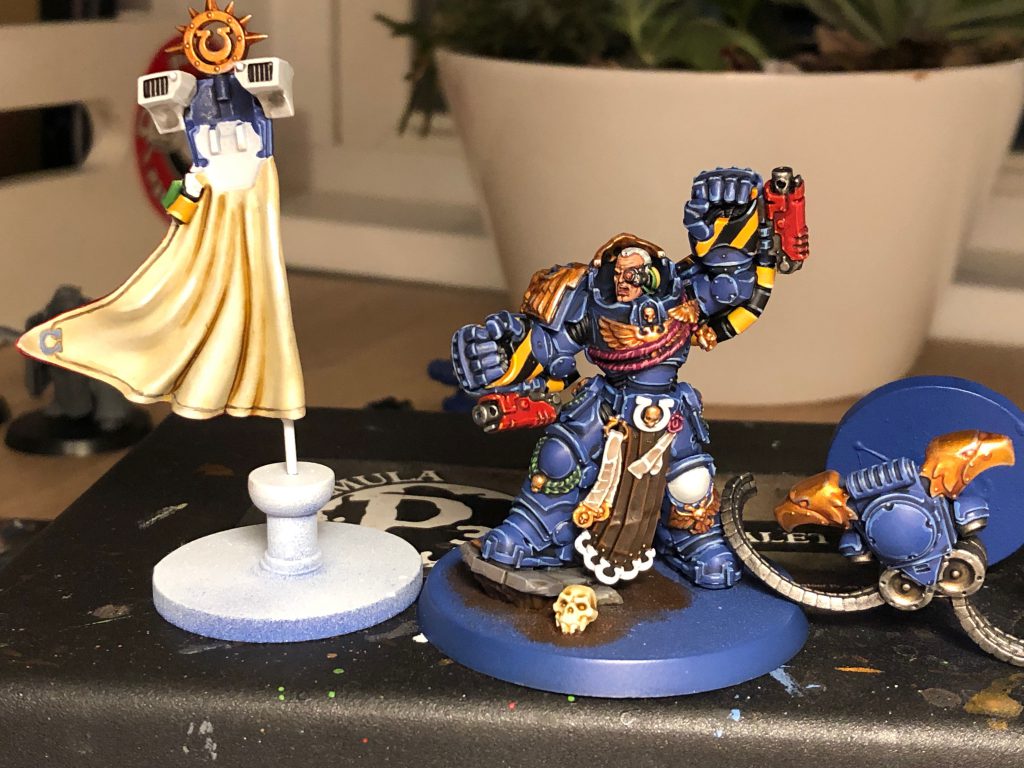 I even got to play with some Contrast paints on this boi, which I’ll talk about more in that HTPE article whenever Bonds lets me talk about Ultramarines again. If the unthinkable happens and Calgar’s not enough to get me over, I still have some Contemptors from my old Heresy army that would probably do just fine. 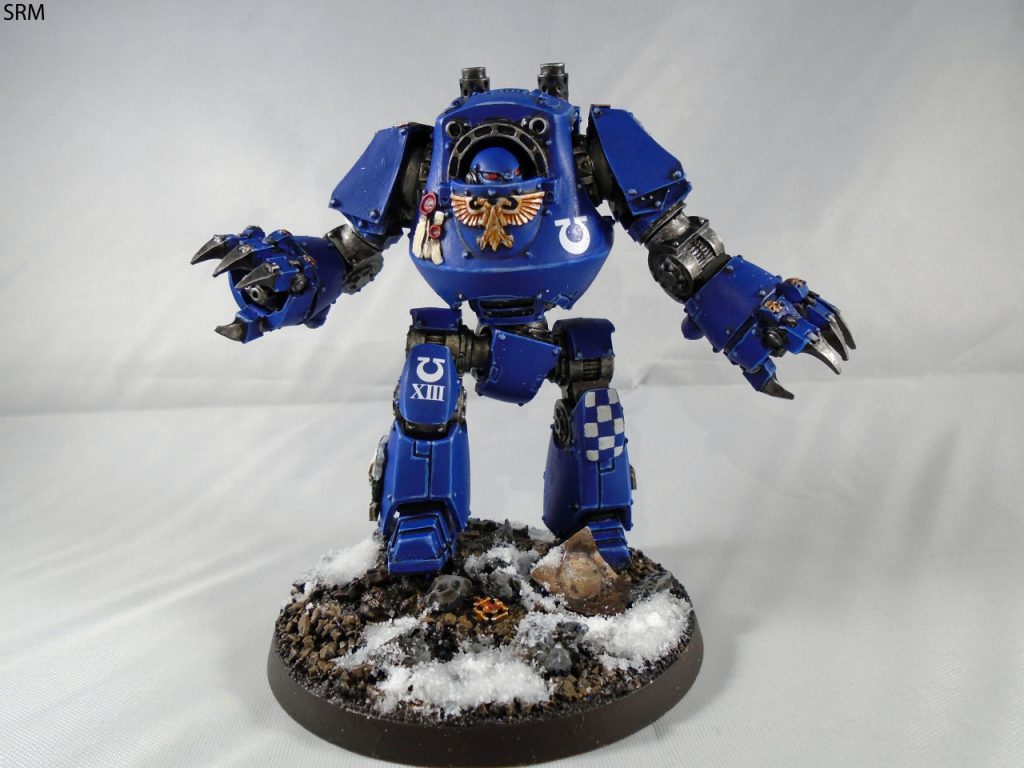 I’m not that worried about points though really. My biggest hurdle in the past has been my display board, which has let me down at event after event. That busted-ass, ratchet as hell piece of cork, sand, and good intentions has seen enough action and it’s about time I lay it to rest. With that, I’m on one of the last steps of my Road to NOVA before actually traveling there – my display board: 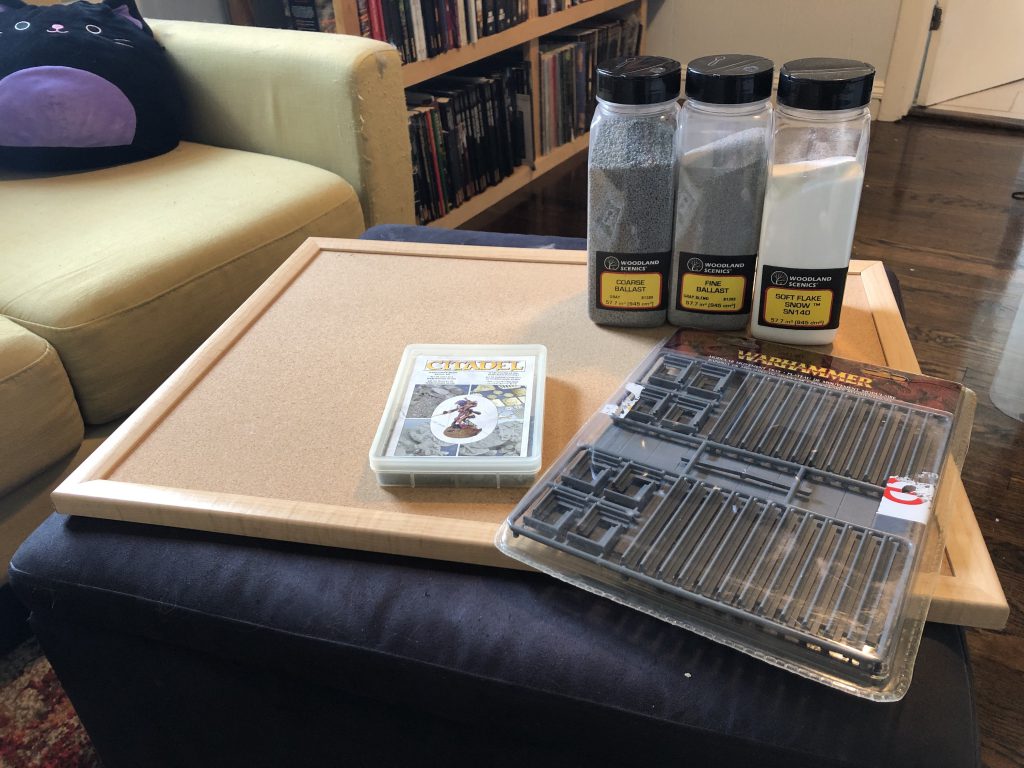 Of course, I’m not alone on this journey. While there may only be one set of footsteps in the Fine Ballast, I’m carrying the Good Book with me:

Now to break out the cardboard, glue, cutters and –