Nurgle daemons have definitely received a buff in this Broken Realms book. Will it push them into the top tier? Probably not. But, they are definitely going to be a gatekeeper now. Possible  to go 4/1 with a good list and good player, and if you hit armies that can’t push their own damage across the board you can definitely win more. 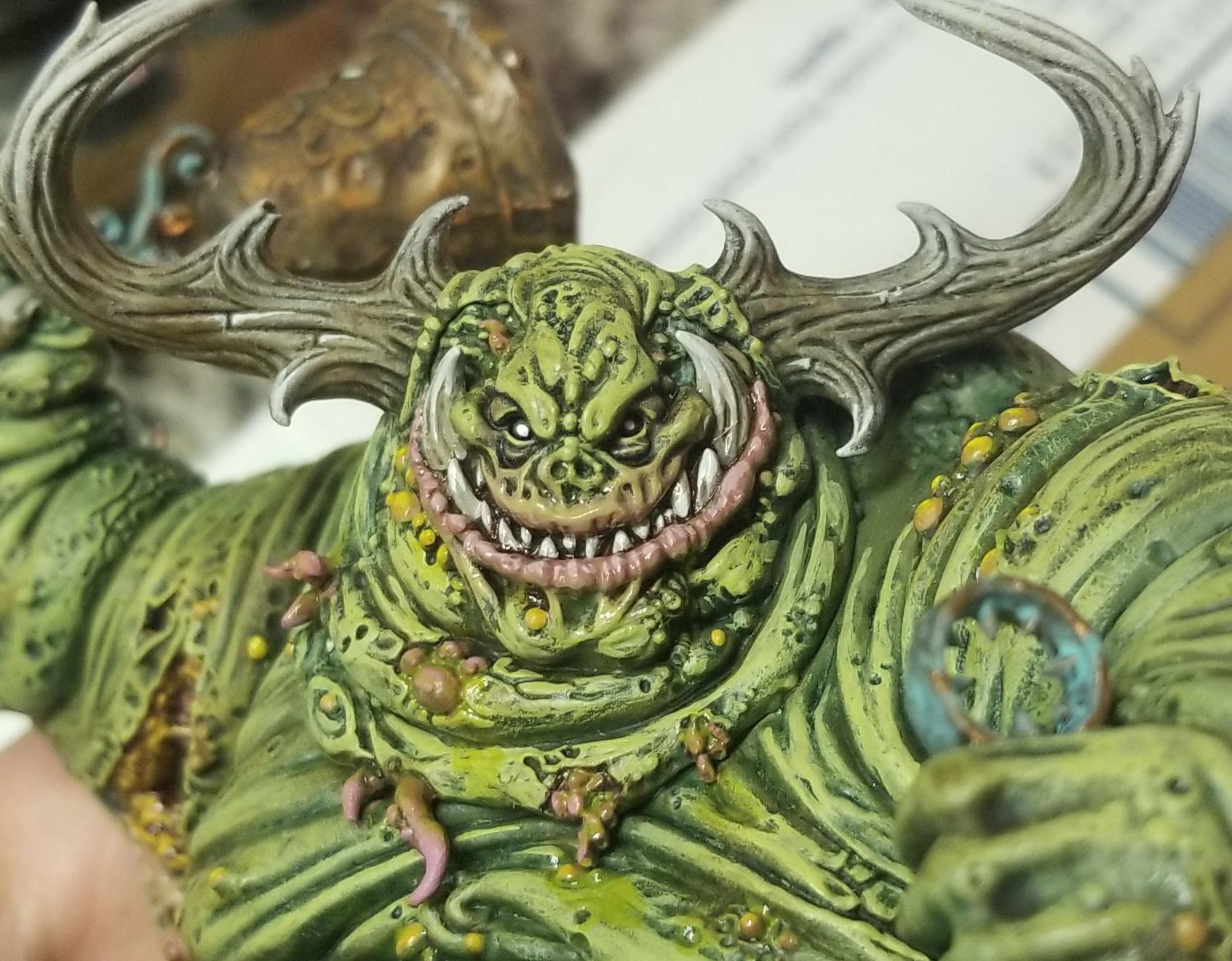 What does this mean?

So, generic nurgle daemons now have some play. Sloppity and Spoilpox now actually do something, vs the nothing they used to do, but you are paying for it. Beasts of Nurgle are little bouncy balls of mortal wounds, which is ok but again, you’re paying for it. Also, the battalion isn’t terrible. It is more or less an extra unit of Plaguebearers for 10 more points, that includes less drops for your army, and an extra relic and command point.

Once you got them in there?

So, with the full 30 Plaguebearers, you got 90 attacks doing x2 mortals for each 6 to hit + normal damage on a potential movement value of 17 with +2 to charge. As long as you stay in that 14” bubble from Spoilpox and Sloppity… Pretty gross, especially since if this is in one of the new Nurgle Cults from Wrath of the Everchosen: Munificent Wanderers. In combat, that unit is -2 from shooting attacks that target that unit of 30, subtract 1 from hit rolls targetting them in combat, and subtract 1 from the rend of attacks that target the. Their locus also grants rerolling 1’s for saves and of course disgustingly resilient. And bravery 12? For reasons. They HATE Terrorgheists screaming at them I guess. They learned how to cover their ears.

Now, all of this is 1600 points and requires at least 1-2 spells to go off, if you happen to get 3 of them off, you’ll get those 30 plaguebearers on 2 wounds per model, that’s 60 wounds. Again, that is 1600 points and you still need another battleline unit.

A very 1 trick pony. But that is a pretty impressive hammer/anvil if it all works out. Problem in this meta is keeping all the gears in place on this train, but if you can, it might have gas.

Or another cheaper variant:

Gives you x2 mini Plaguebearer bombs… Just some thoughts, and a lot more room to play around with other stuff.

Next, we’ll look at Cities of Sigmar and the potential in the new Settler’s Gain subfaction. If you want some personalized listbuilding advice check out JoeK on Patreon. Have any other topics you’d like to see us explore? Drop us a note in the comments below or email us at contact@goonhammer.com.