Tale of Goony Gamers Month 1: The Kvlt is Alive 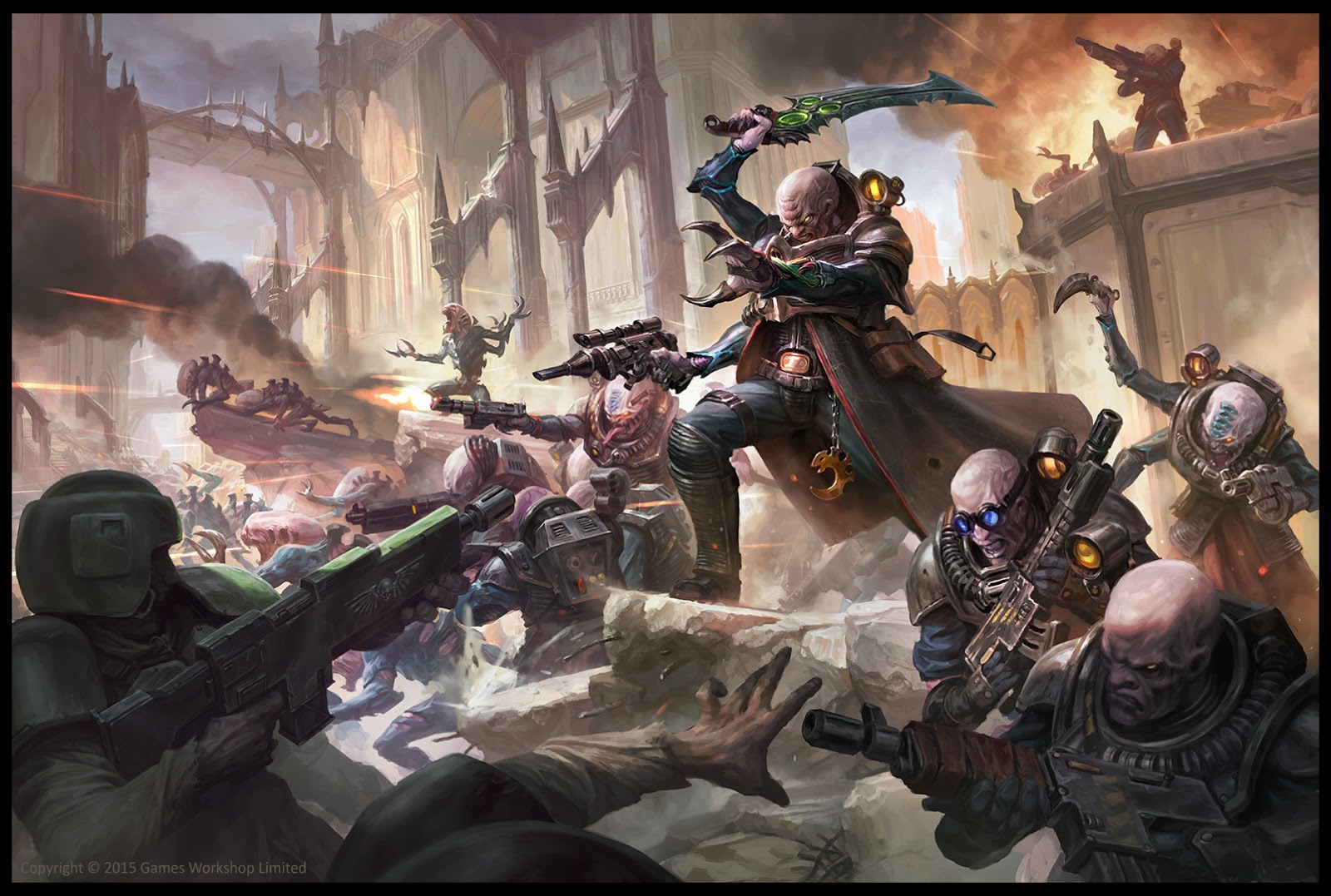 Just a few days into the month, and my first batch of Cultists is ready!

I did cheat a little by mostly painting these in September. You have to be sneaky in the Genestealer Cults.

My initial plan was simple: paint the 10 Neophytes from the Kill Team box, and an accompanying Acolyte Iconward since I found one for £6 on eBay. This neatly fills the ToGG requirements of 1 HQ and 1 Troop and keeps the cost down for the opening month. A flawless victory.

What I probably should have also down is get a better picture set-up (or maybe just learned to paint better). Here’s the first eleven members of the Cult of the Promised Awakening, or the Kvlt as they style themselves:

I had a couple of challenges with painting these. Firstly, my test miniature had olive drab instead of the dark grey, which was universally hated. Personally I quite liked it, but I can see how the grey is better. Second, I hadn’t really thought ahead to what the Tyranid element would look like, which was a challenge when I realised that some of the Neophytes are more advanced on the way to being Genestealers than others, with chitinous growths and ‘stealer-shaped heads. What I settled on was doing the skin dark grey and the carapace bright blue, mimicking the uniforms worn by the more human cultists (or, more likely, the humans are mimicking the Hive Fleet they’re ultimately descended from). You can see this mix of different skin tones and levels of armour in the pictures above.

Looking ahead, my main focus is remaining with the Kvlt themselves, but inevitably I’ll expand into Tyranids as well. This was why it was worth planning ahead as to what they would look like – it was no use painting the Cultists one way and then changing my mind about the ‘nids themselves later on. My plan for the big bugs is for them to represent Hive Fleet Charybdis, because I just will not stop going to the well of Greek names. Eagle-eyed readers (likely nobody) will have spotted that the human-facing leader of the Kvlt is Father Scylla, which makes this all a very clever classical reference for which I can pat myself on the back.

All that aside, I’m pleased with this opening month’s work. Terrible photography aside, I think these are some of the best painting I’ve ever done, certainly for 5pt infantry models. The vibrant blue really works to make them stand out and they’ll be striking on the table.

Next month I’m going completely off-piste and painting 5 HQ models. I bought a Broodcoven and they’re now sitting on my desk waiting for some paint. Things I didn’t realise: Genestealer Patriarchs are HUGE. It is a really big model. Also, the Primus and Magos are very simple kits to assemble but look really good. I’m looking forward to getting stuck into them this month, and eating all my dessert before the inevitable vegetables of painting lots and lots of Neophytes.