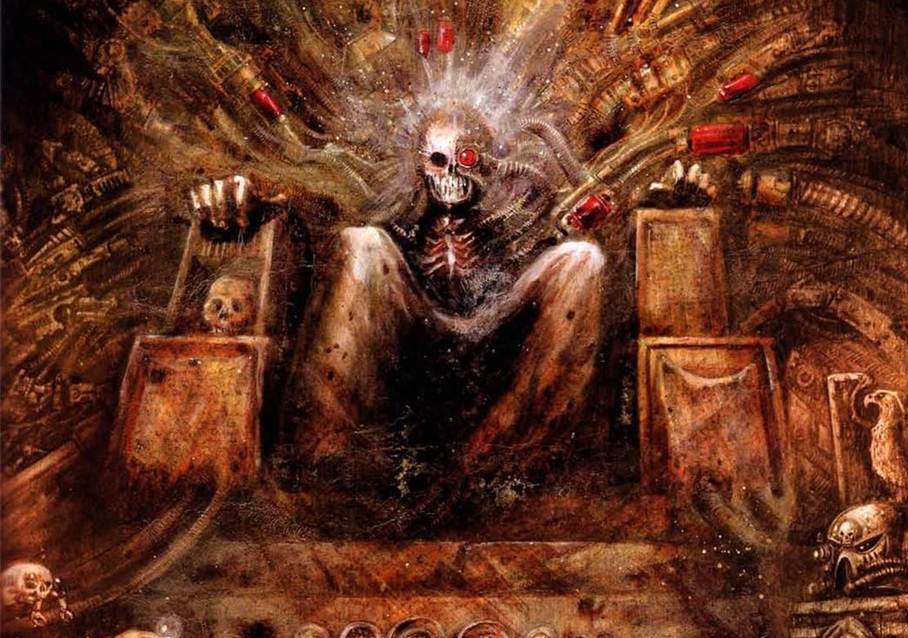 The Adeptus Custodes are charged with protecting the Golden Throne. Sadly, in the 41st Millenium, the warranty for the Throne itself is long expired and no one knows how to fix the stupid thing. Enter Shield Captain Heraclast Vadrian and the Seekers of Morvane. Morvane is a lost Forge World that is believed to hold the secrets to Throne Repair, and may even be home to the legendary Maytag Repairman. The Seekers of Morvane left Terra in search of Morvane, under command of Shield Captain Vadrian. Along the way, they have picked up a contingent of secretive Xenarites from Stygies VIII who claim to hold clues to Morvane’s location. While Captain Vadrian doesn’t dare trust Magos Archimedes for a second, he recognizes that the techpriest’s arcane knowledge of mechanicus history will be instrumental if their errant quest is to succeed.

I think Imperial Soup is cool and fluffy and this will be a fun opportunity to make a thematic army with lots of cool units. At its core, I’m envisioning dual batallions, one Custodes and one Mechanicus. The bright gold of the custodes will be a nice contrast to the stark black of Stygies VIII, with the red uniting them all into a cohesive force. My Warlord will of course be Shield Captain Vadrian himself, who I will model as either a warden Captain or on a bike, I haven’t quite decided. For Magos Archimedes, I may look into a cool conversion, maybe with some necron tech to sell the Xenarite look.

During the challenge itself, I will focus on laying the foundation for my army, so rather than beelining for a batallion, I will likely end up with two patrol detachments, one of each faction. From here I can bulk out to dual batallions and have a solid core for 1500-2000 point games. I know for sure that I want at least one dunecrawler and a contemptor dreadnought because they are cool units.

custodes Tale of the Goony Gamers