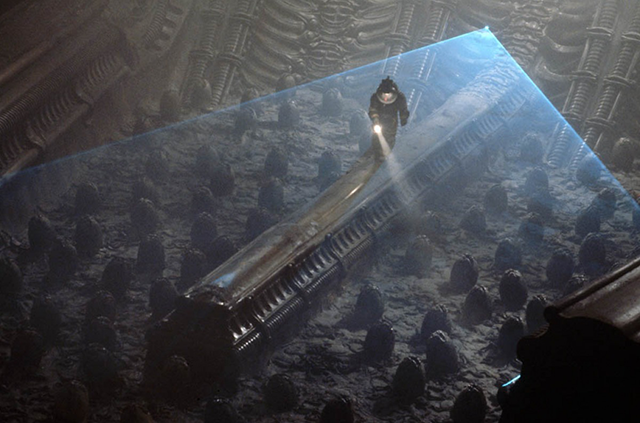 I told myself that I needed the Kill Team boxset and would convince my better half to try more tabletop rather than board games. Subconsciously, what I really wanted to do was start another army.

I only got into 40K proper with the launch of 8th edition. I had moved over to the UK, leaving all my other systems back home and missed throwing dice around. GW being reasonably priced on home soil combined with Dark Imperium being such a good buy made it inevitable. Nearly a year later with nearly 3000 points of Blood Ravens Primaris, I feel like something different, something Xenos.

Looking at the Xenos factions, there is no contest

I don’t have an ounce of creativity compared to some of the fine goons doing the ToGG, so there is no massive block of fluff. That said, I really dig the mining and industrial aesthetic and want to stick to that. The idea of some mining world like LV426 finding something dormant in one of the caves leading to the rise of the cult is rad.

This sets some general guidelines for how I want them to look and what units I’m going to go for first.

It’s been quite some time since I last played a horde army (Empire in WHFB), so I’m not sure what I’ve got myself into. The hardest part I imagine will be coming up with a name for them
Here’s hoping the upcoming codex isn’t shit