It’s been two months and you’ve all be in suspense about whether I would paint a Tyranid or Ork army! With the Ork codex release it was difficult to not fall into the siren trap of a converted Stompa but I managed to mess it all up by buying the Tooth & Claw box set with an eBay coupon. But all is well because I will be building a Genestealer Cult army! The basic fluff for my cult will be based on an ocean world in which the cultists will be longshoremen and sailors and the accompanying forward vanguard of Tyranids will appear as various crustaceans and sea creatures.

Due to various competing priorities through the last two months I’ve only finished ¾ of the unit timeline but that’s good enough for me! I was able to finish a basic unit of Genestealers (8), bare-bones Acolyte Hybrids, and an Acolyte Iconward. 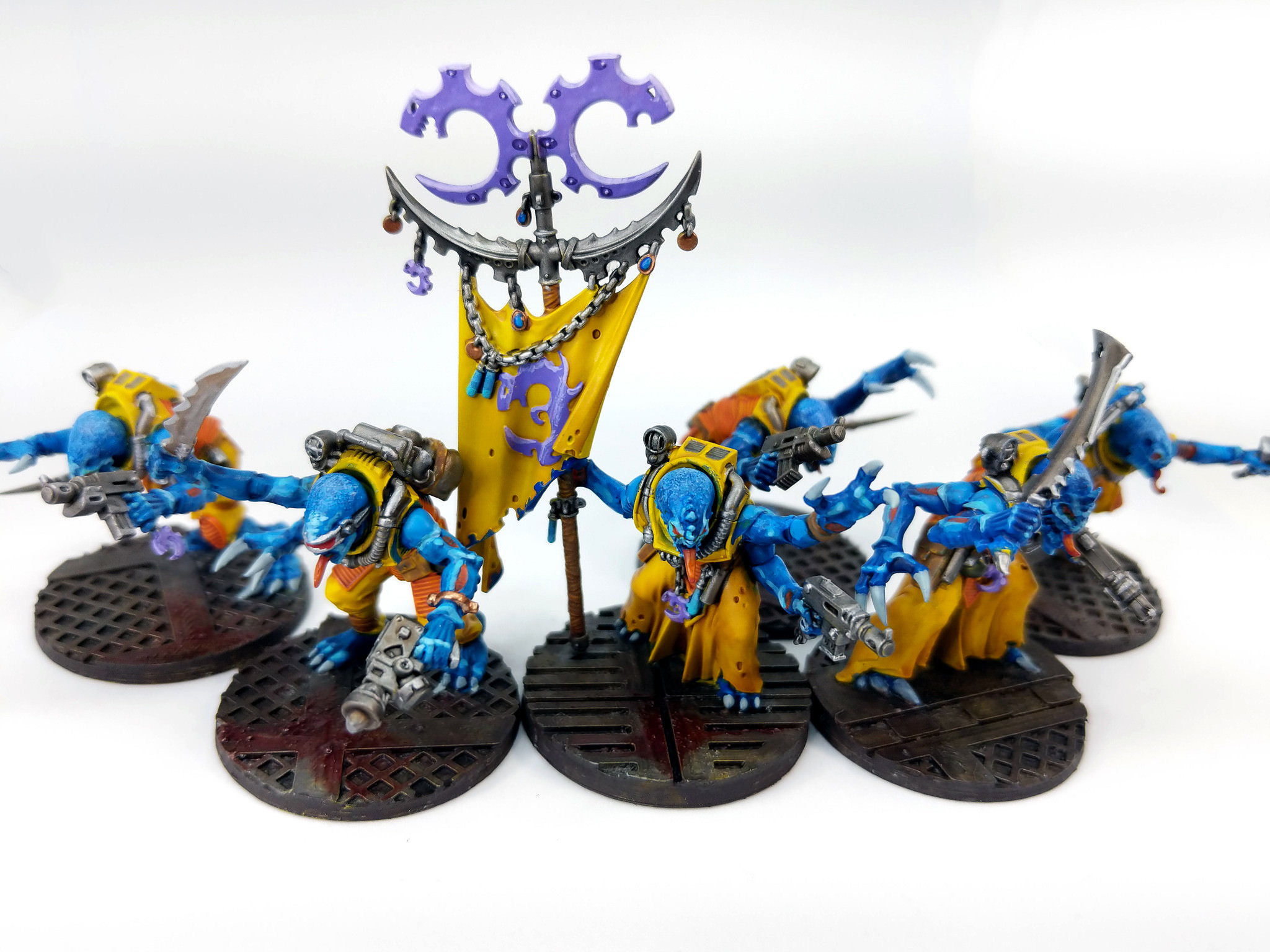 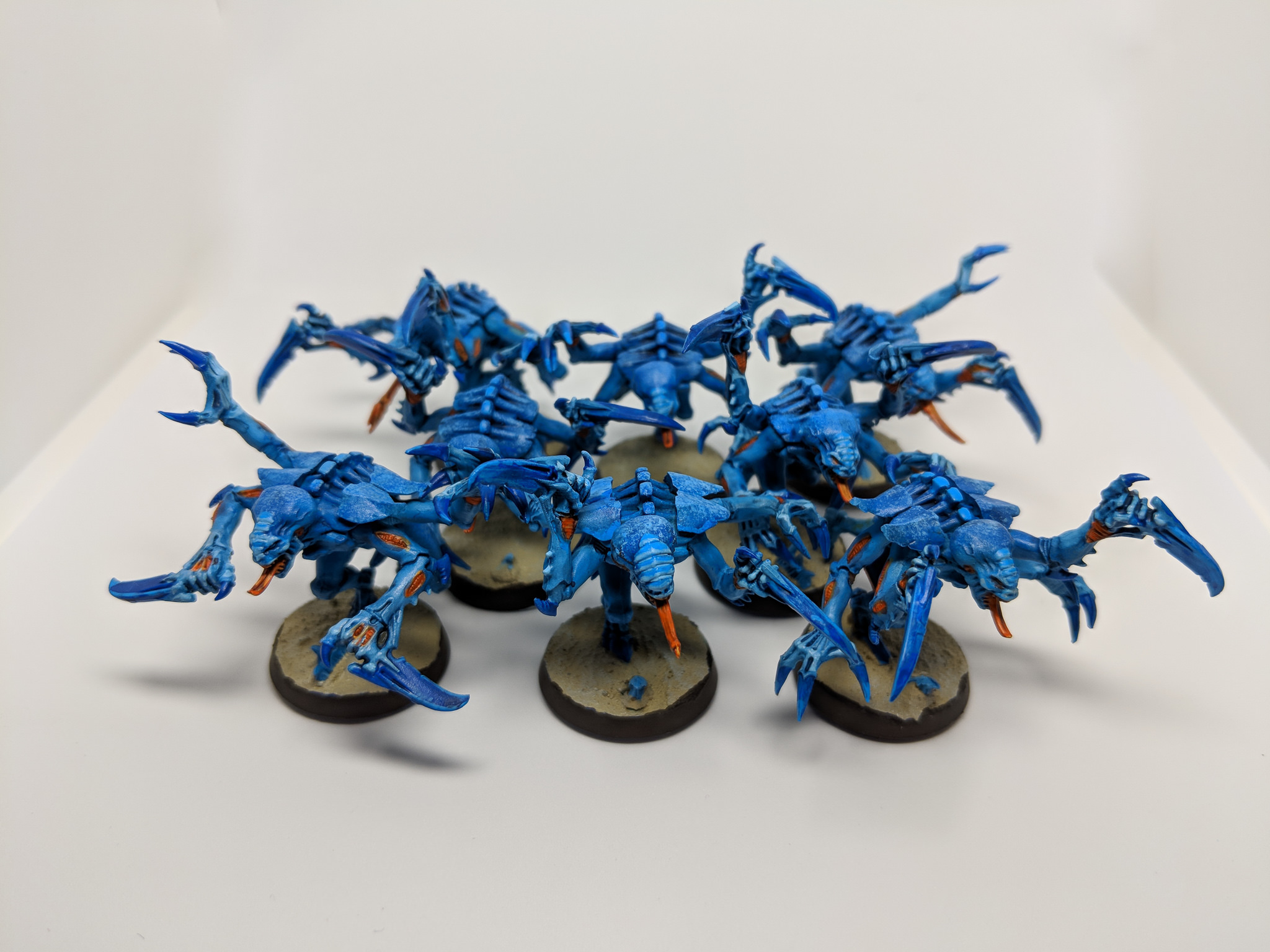 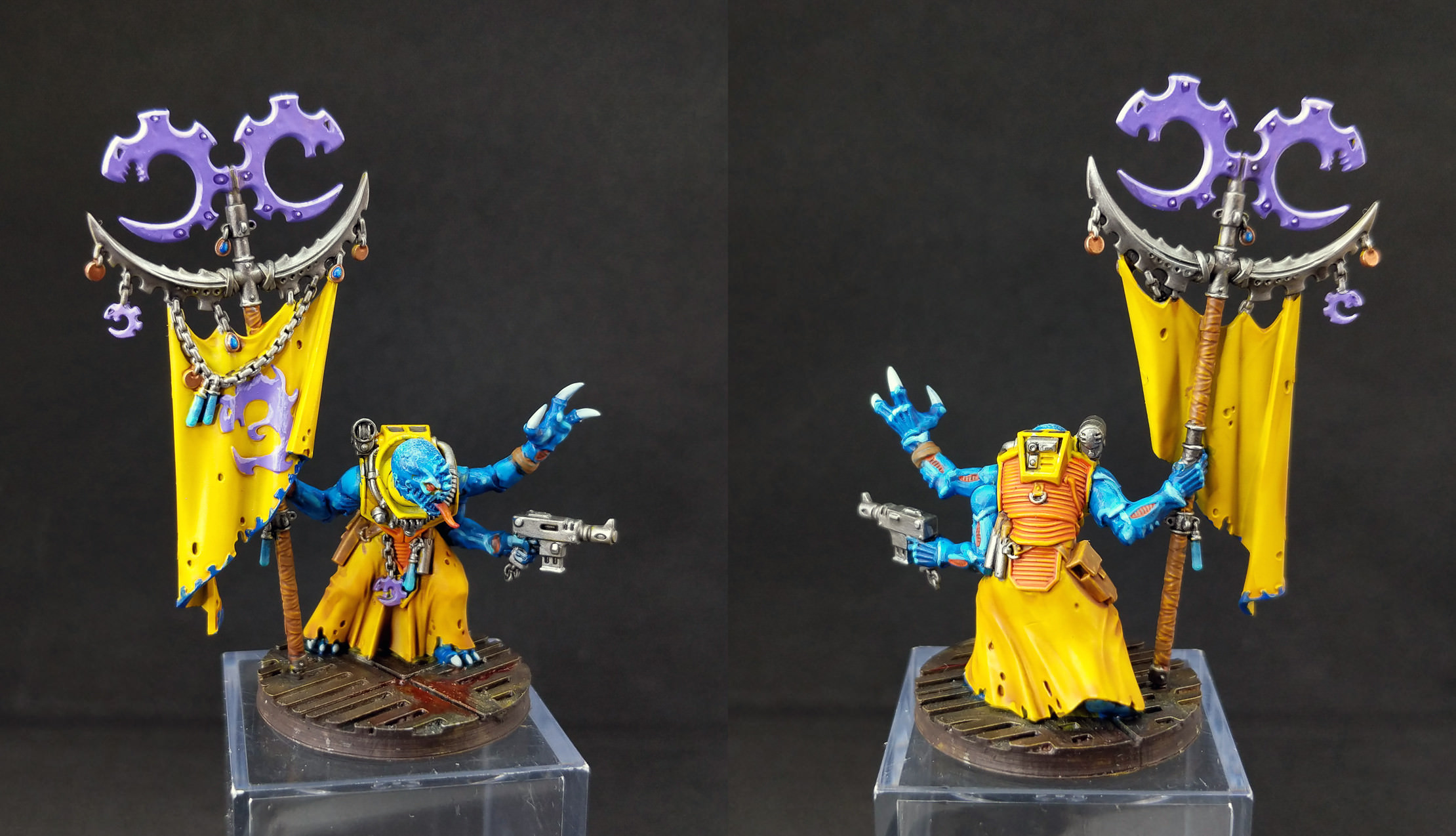 For the color schemes I went with the fluff in painting the Genestealers as blue lobsters with lots of mottling and the Acolytes in a bright yellow and orange armor as something sailors might wear. I’m very pleased with out the Acolytes turned out.

Going forward I will be working on another set of eight Genestealers, an Adominant, Abberants, and various other Tyranids. My Tyranid spearhead detachment is fairly finalized at this point and will include a Flyrant, 6 Hive Guard, 2 Biovores, and 1 Stone-crusher Carnifex. This should provide me with some good shooting and some really cool looking crustaceans. Also in there will be some lightning space dinosaurs as well. 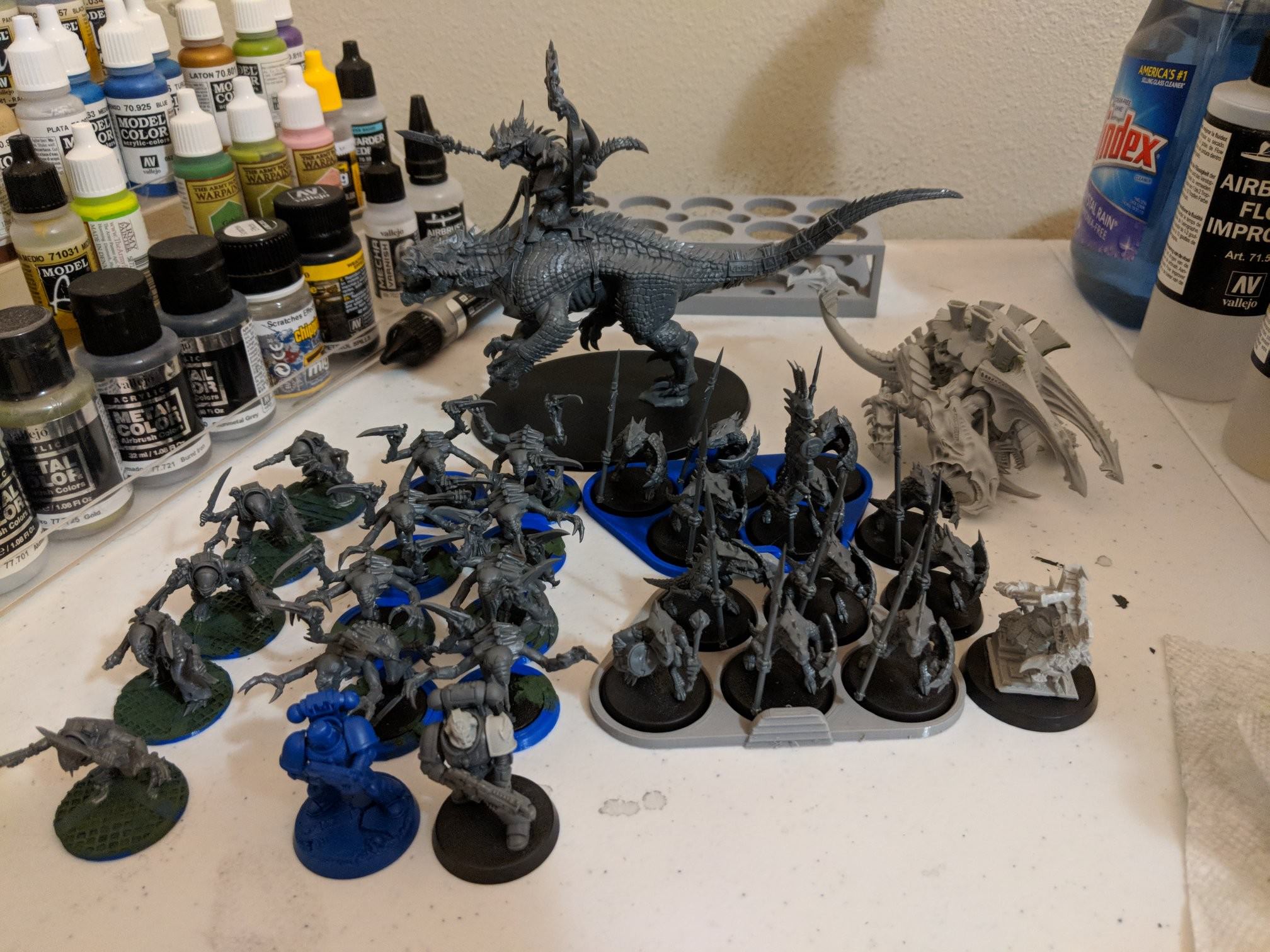