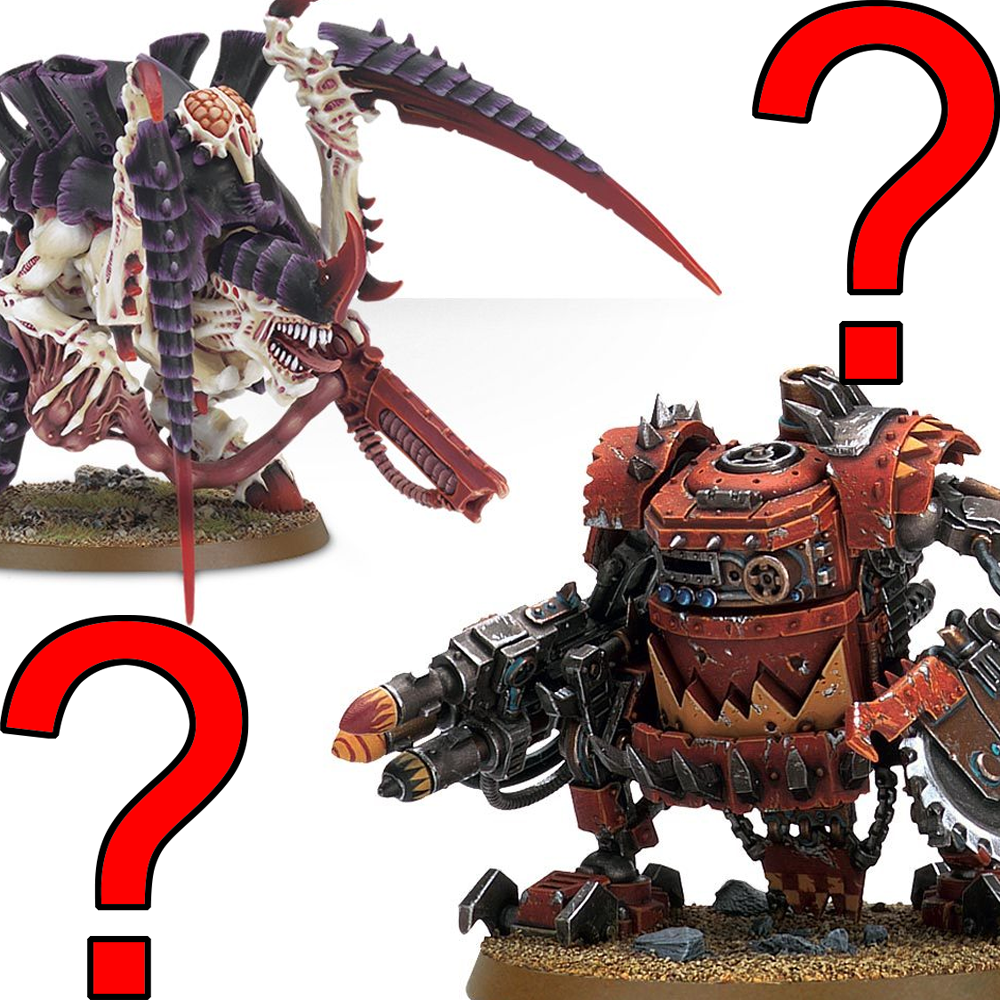 I’ve known about Warhammer 40k since the first Dawn of War video game released and have only dabbled with the miniatures a few times to no end, usually tossing the kit after a first painting attempt or two. Now I’ve got a few years of plastic modeling and airbrushing under my belt with gunpla (gundam models) and with the recent Kill Team release I’ve taken the plunge into 40k. Starting with a Death Guard Kill Team I found that miniature painting was enjoyable and allowed me to learn hand painting, which gunpla usually does not require.

Kill Team is great for Games Workshop as it will get idiots like me coming for a nibble and then quickly jumping into buying an army for 40K. For my first army (ugh did I say first?) I want big monsters, giant robots, and I want a relatively low model count. Knights is the immediate thought but to be honest I’m not much a fan for their aesthetics so I’ll skip them for now. My two biggest draws are Tyranids and Orks, which have big stompy things in spades. Unfortunately I can’t make the decision right now due to the Ork codex coming out in Orktober so I will explain my plans for both of them.

Tyranids are cool, they’re gross and big and versatile. Carnifexes in particular have always been the poster child (monster?) for me and are good enough to be the core of a Tyranid army. I was surprised to learn that Tyranid armies can easily specialize in either melee or shooting, as well as either being horde or low model count. Nidzilla is apparently a proven army archetype and with a shooting focus seemingly more newbie friendly, a shooty Nidzilla army is what I plan to build.

Inspired by a SA poster’s ‘Krill Team’, the paint scheme for my army will be sea crustaceans and creatures. The plan will be that every different type will involve a different scheme based on a certain crustacean. For example I already have a 8 model Genestealer kill team being painted as blue lobsters. Some potential ideas could be some variety of sea horse for the Malanthrope, red lobsters for Termagants, coral reefs for Genestealer infestations, isopods for Ripper Swarms, and the list goes on. While adding details with green stuff would be a good touch, I will focus on only painting in this case.

A Genestealer Cult detachment may be a possibility later when their codex comes out, but for now I’ll focus on Tyranids only. Dressing the cult detachment as sailors would be really fun. 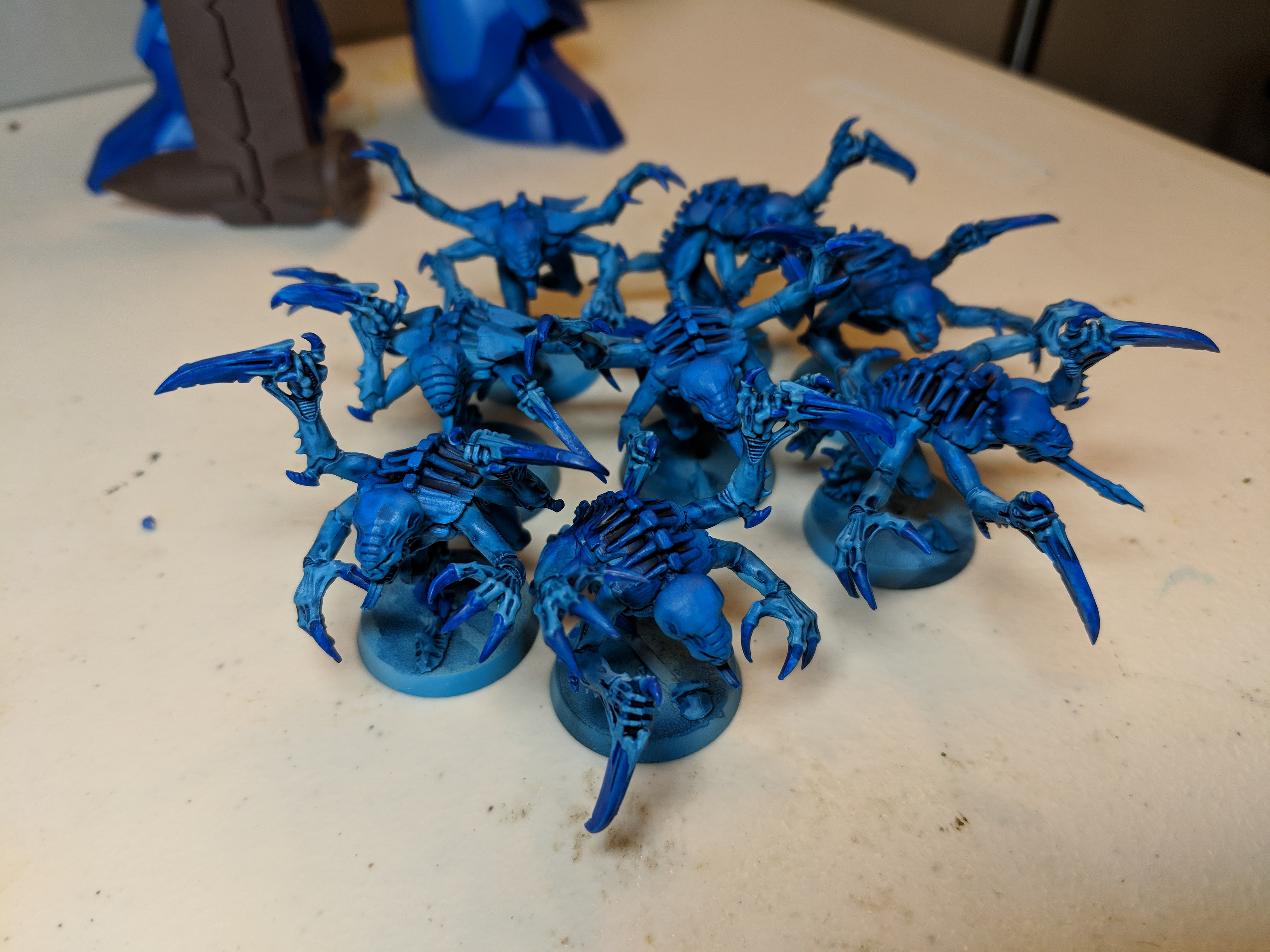 My planned Battalion Detachment will be:

I believe this is a decent spread of melee and shooting with smaller deep strikers for objectives or tying up big units. From there I would expand with various big monsters like Carnifexes, Exocrines, and Biovores.

Orks are classic. They make shit work by thinking it, drive around scrappy vehicles and walkers, and love to fight for fun. 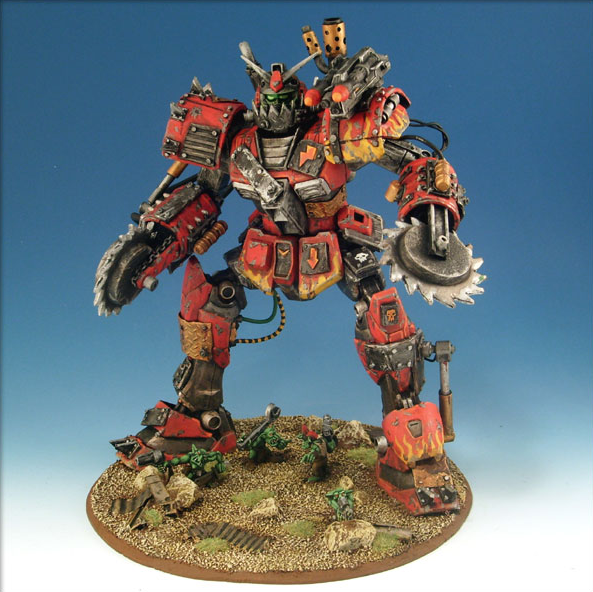 When the codex drops next month the few things I’m looking for to make an Ork army are the ability to field a lower number of models and a viable focus on mech walkers. Basically I want to field an army of a lot of Killa Kans, Grot Tanks, Deff Dreads, Morkanauts, Squiggoths, Stompa, etc. While looking through various army resources I learned that 7th Edition had such an archetype in the Dread Mob so I’m hopeful it could be a possibility in this new codex. It doesn’t have to be competitive, I just don’t want to get tabled.

If I end up going with an Ork army customizing the walkers will be a main focus incorporating a 3D printer and kitbashing gundam model kits. As a new player I do not have an abundance of bits to use so I’ll lean on those two methods. Paint scheme is an unknown, I painted up a four pack of Ork Boyz as practice that have purple and tan that may be a decent scheme for a desert mob which allows for a lot of potential weathering.

As for an army plan? Eh it’ll come together, it always does for Orks. 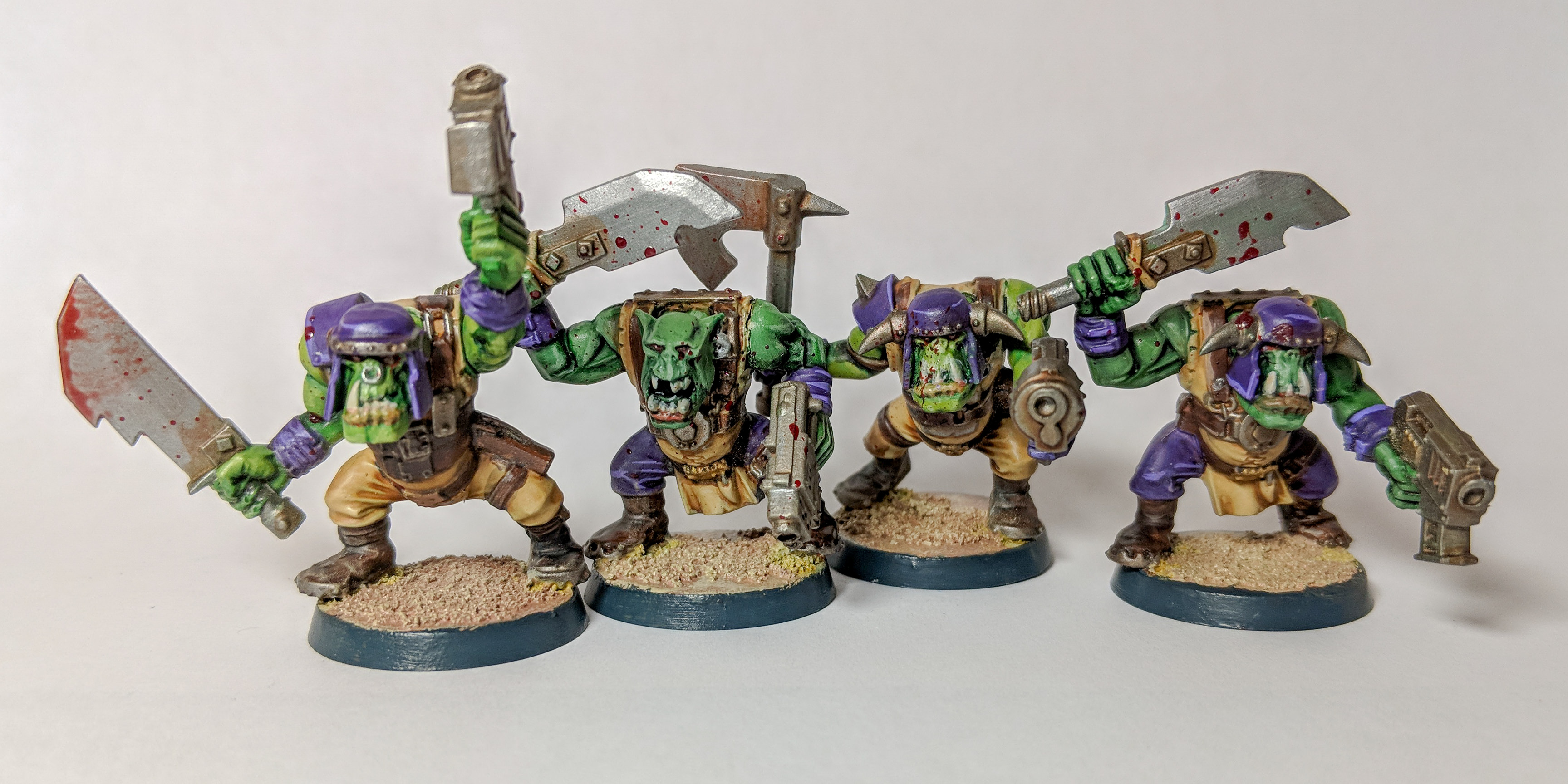