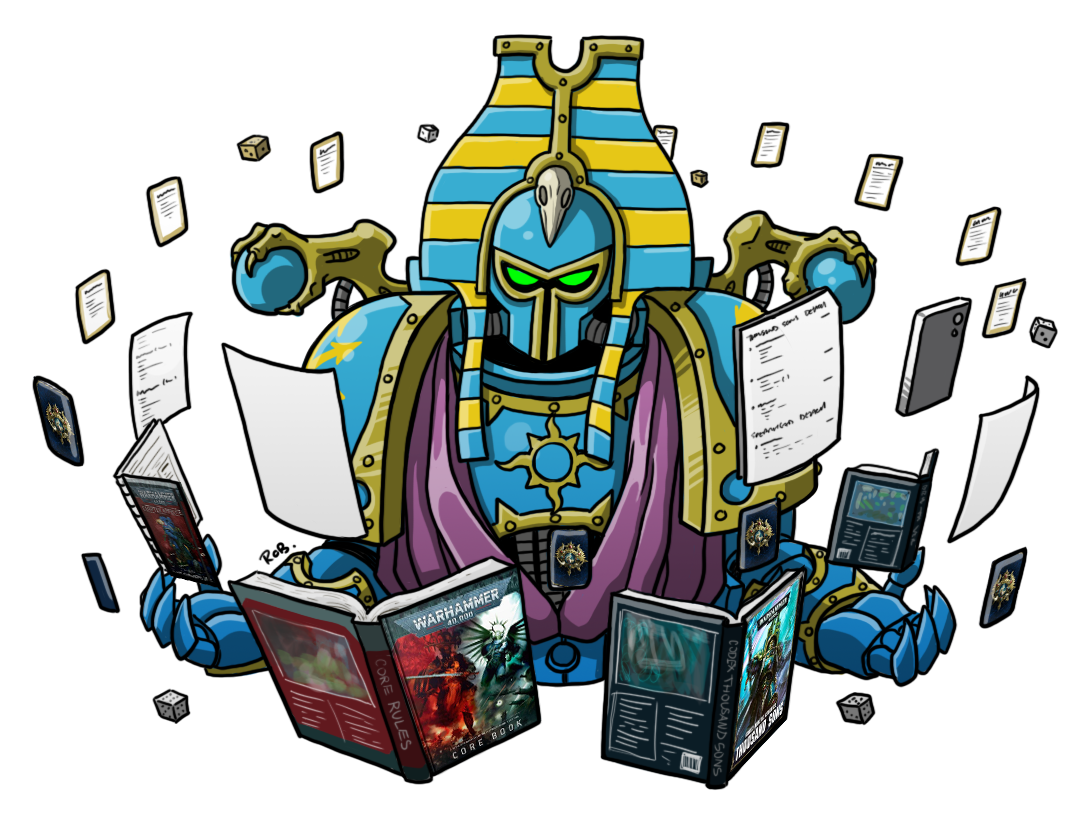 In this article, we’re looking at the FAQ changes for Chaos – specifically Chaos Space Marines, Thousand Sons, Death Guard, Daemons, and Chaos Knights. There haven’t been any specific updates to Codex: Chaos Daemons or Chaos Knights yet, but we’ll update this page with additional content if those get an update. There are a number of changes that affect them in the Core Rules FAQ however, which are discussed here.

Warptime is now restricted to <LEGION> and THOUSAND SONS Units

In a move that Chaos players will hate but that wasn’t entirely unexpected, Warptime has been errata’d in both Codex: Chaos Space Marines and Codex: Thousand Sons to only affect <LEGION> and THOUSAND SONS units, respectively.

This means that you can no longer cast Warptime on Mortarion with a Chaos Space Marines Sorcerer, significantly diminishing the effectiveness of soup lists and essentially killing the Word Bearers Patrol Detachment packing a single sorcerer and a unit of Cultists. This also puts a massive hurt on Battle Bros lists, as Magnus and Ahriman can no longer Warptime Mortarion across the table. Magnus is still more than capable of casting Warptime on himself, however. 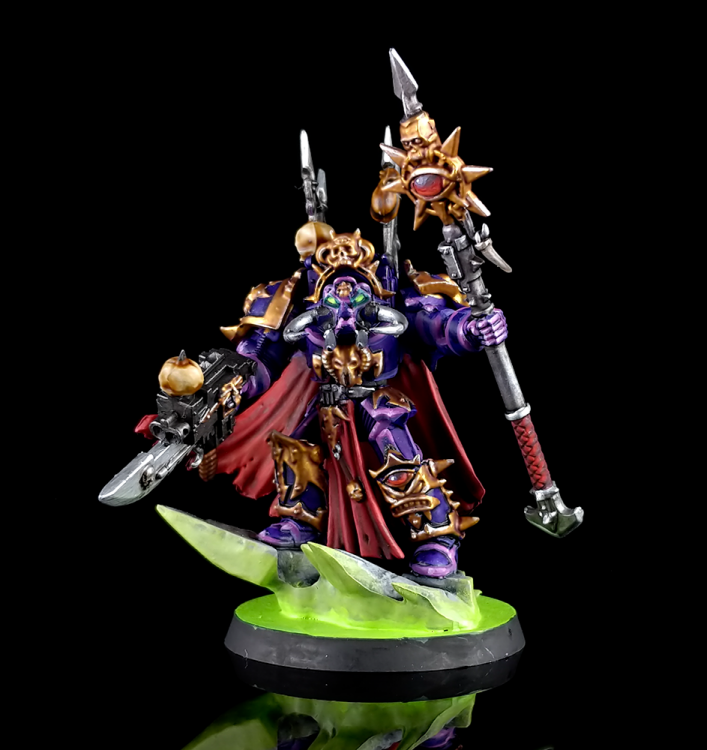 While we’re on the topic, Codex: Chaos Space Marines got a general errata to the Dark Hereticus discipline, replacing all instances of HERETIC ASTARTES with <LEGION>. This essentially restricts Prescience, Warptime, and Diabolic Strength to being castable only on models in the same Legion.

Of these, Warptime is the biggest deal, but no longer being able to cast Prescience on Myphitic Blight-Haulers is also a blow to the burgeoning Daemon Engine lists that combined Death Guard and Chaos Space Marine units.

The Core Book FAQ has updated Difficult Ground to modify the Movement characteristic itself instead of the total distance moved by a unit.

This update has a direct impact on Death Guard, whose Inexorable Advance ability until now was only useful in rare edge cases. They can now stomp through swamps and forest terrain with an appropriate amount of contempt. 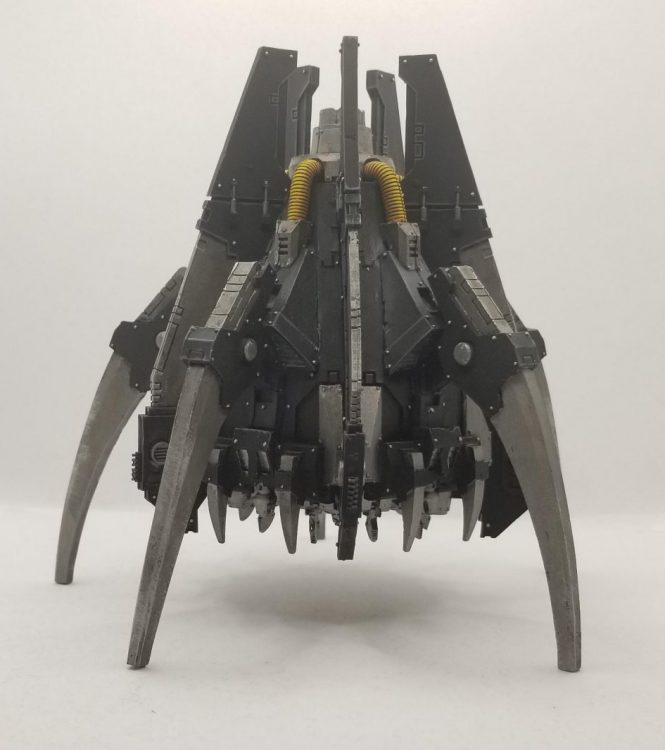 Two massive changes to the drop pods in the Imperial Armour Compendium FAQ:

This means Chaos Drop Pods are now – FINALLY, after 10 years – usable as Drop Pods, able to ferry Chaos Marines to the battlefield and let them out on Turn 1. This is absolutely MASSIVE for the faction. It immediately makes Dreadclaws worth consideration, both as a vehicle for delivering souped-up Noise Marines and also for Berserkers, who can use Icons of Wrath and the Violent Urgency Warlord Trait to get 8” re-rollable charges after they climb out of the Dreadclaw. It’s a big, big change that has me immediately eyeing my Dreadclaws and will have me assembling the other two I never touched.

One of the big errors on the Greater Blight Drone was that it had “Nurgle’s Gift” instead of Contagions of Nurgle, giving it a weird hard-coded version of the contagion and no ability to use Flash Outbreak. That has been replaced with Contagions of Nurgle, bringing it in-line with the rest of the Death Guard army and making it a viable target for the Flash Outbreak Stratagem – helpful since it’s the fastest unit in the army. 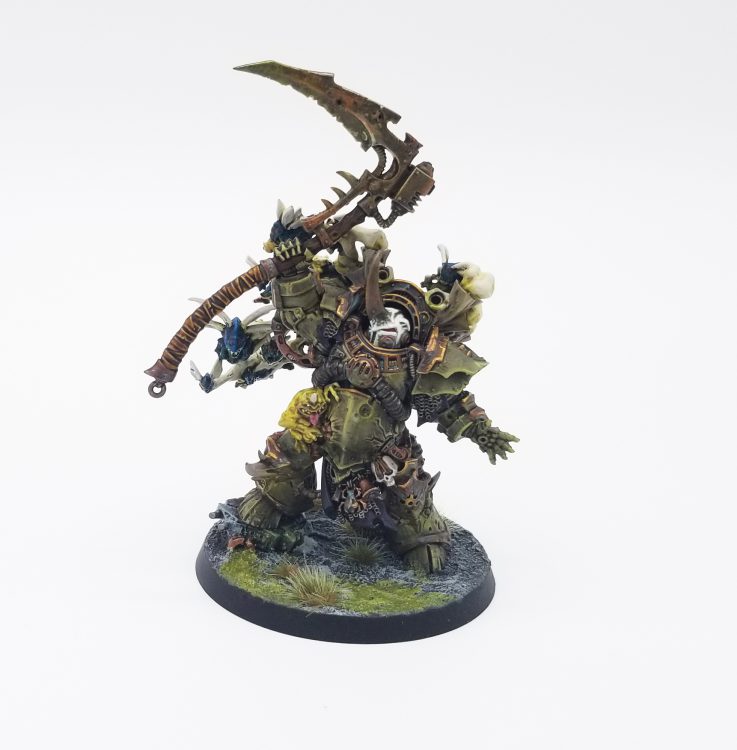 Typhus’ text has now been changed to allow him to actually be in a detachment with other Death Guard units from a different Plague Company – astute readers will note that his old text did not actually allow you to circumvent the rule preventing you from taking units from multiple plague company units in the same detachment. He can still only get a Plague Company Contagion if he’s in a HARBINGERS detachment.

Another big Core Rules change is the addition of a Rare Rule clarifying the “Every Unit in Your Army” Rules – now rules that check for every unit in your army such as Space Marines’ Combat Doctrines or Death Guard’s Contagions of Nurgle rules only check for their condition once, at the end of the “Muster Armies” step of the mission sequence. Rules then apply for either the duration of the battle or they don’t, with no adjustments.

Broadly, this is a big boost for Death Guard, who are currently the only Chaos Army with such a rule (Contagions) – this essentially means Death Guard can now summon away with no concerns about whether doing so will break Contagions and presumably will mean the same for Thousand Sons in the near future with whatever rule they get. This means that Death Guard vehicle lists planning to summon Epidemius are back on the menu in a big way. I can already hear Don Hooson cackling maniacally. 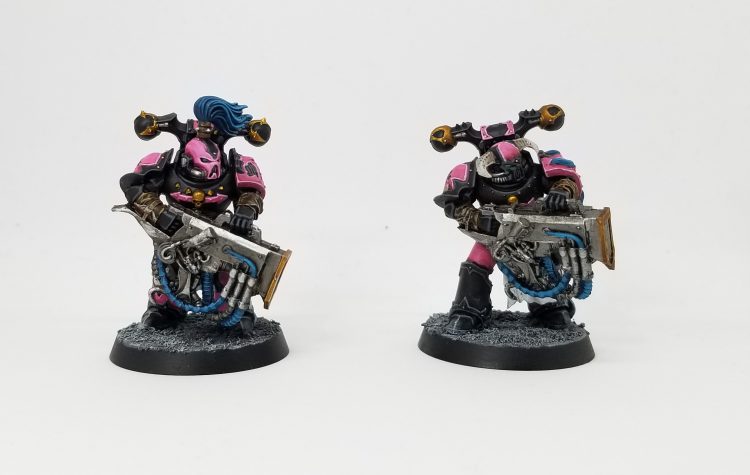 In the Core Rules Rare Rules, the section on fight first/last abilities has been changed. Now rules allowing you to always fight first, such as the Emperor’s Children legion trait or the Slaanesh Daemons’ Quicksilver Swiftness, now cancel out against rules and abilities that make a model or unit ineligible to fight until all other units have done so. This is a big step up from the prior wording, which just trumped fight first abilities and left Slaanesh units fighting last.

In the Core Rules’ Rare Rules section we have a new clarification: When a rule would cause you to generate additional attacks during the attacks sequence (i.e. scoring an extra hit on 6s to hit), those attacks do not benefit from rules that let you make more than one hit roll for each attack being made. This means additional attacks from Death to the False Emperor will only trigger a single extra attack when done with models that have weapons that make multiple hit rolls. It also means that additional attacks generated by The Crimson Crown for Wound rolls of a 6+ will only trigger a single hit roll for a Bloodthirster of Insensate Rage. The upside is that you may as well just make sure all of those are done with Mighty Strike, neatly sidestepping any issues by taking out your rage on the target.