Hey Hams, I’m Dan, better known as FromTheShire online, and welcome back for the tenth (late) installment of the 40k Hamateur Hour. This week I’m continuing along through the process of getting my first painted army together for Nova 2019,  let’s see what I managed to get done since last week.

You can’t schedule for shit, but at least you’re consistent

Accurate, and a nearly verbatim description of my entire life by Corrode and theChirurgeon. As with most weeks, in what in no way could be construed as a pattern, life circumstances beyond my control screwed up my regularly irregular new posting schedule, so this is going up slightly extremely late. So how did my extremely nebulous goals turn out? Look, I got some stuff done, let’s not focus on your ‘expectations’ or ‘things I said I planned on doing.’ I was roughly planning on getting the Catachans battle ready and starting the bases, but instead I did basically the opposite. I wasn’t thinking about the fact that the black and white Contrast paints continue to be sold out basically everywhere, so after a trip to the FLGS, I realized my plan needed to change, and I was going to have to actually use like, real paints and stuff, and not just magic in a bottle for some of the final touches on the Catachans. I mean, technically I could have gotten the one pot of black on eBay for a reasonable 30 FUCKING DOLLAR BIN, but I decided against it and instead drowned my poor planning sorrows in working on bases instead. The good news is this means my bases are all pretty much tabletop now, although they will be receiving moss, static grass, some water effects, etc as time allows.

After getting the bases together, it’s time to glue the Catachans to them to make doing the rest of the work easier than with them blue tac’d to plain bases. 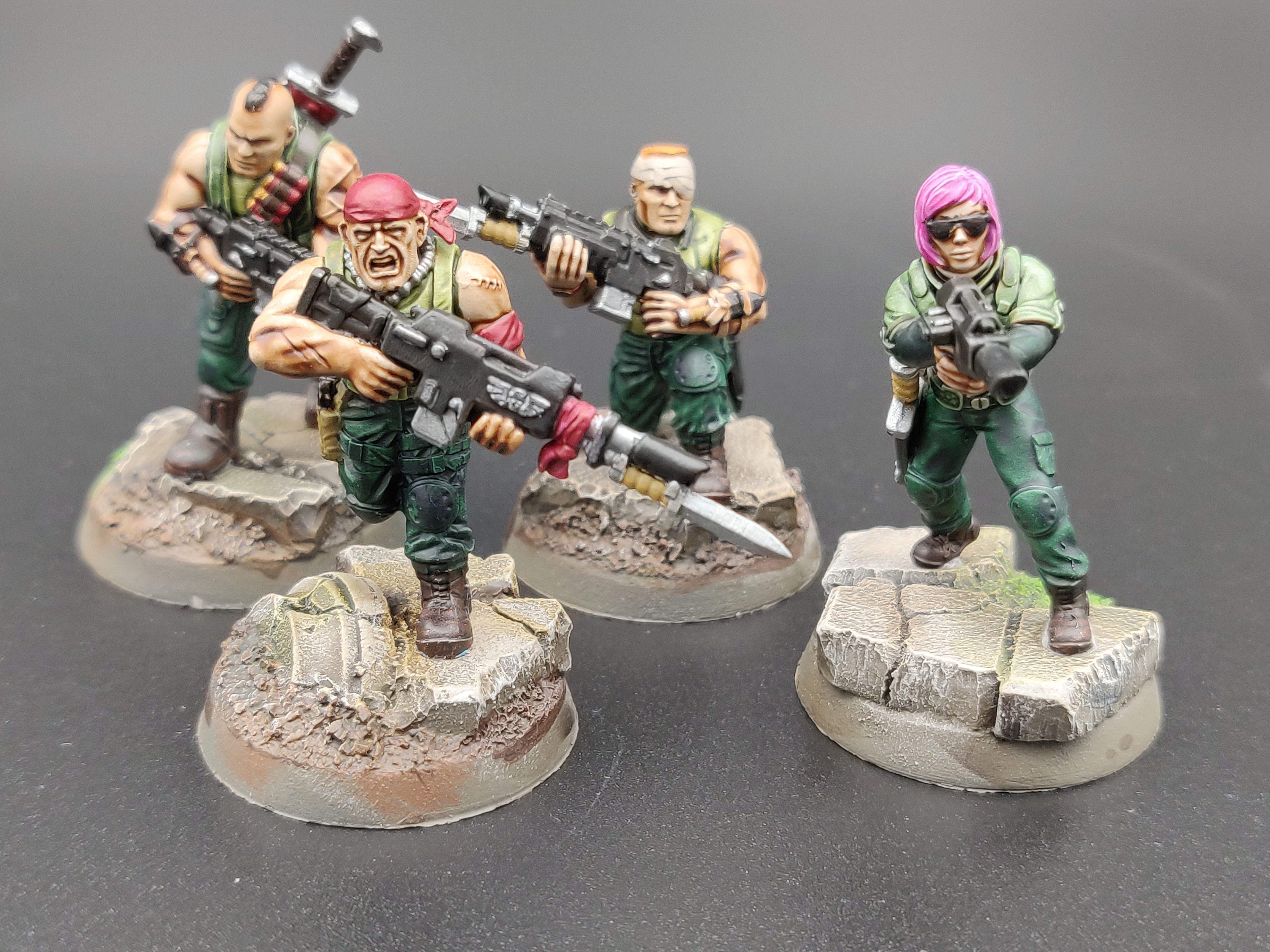 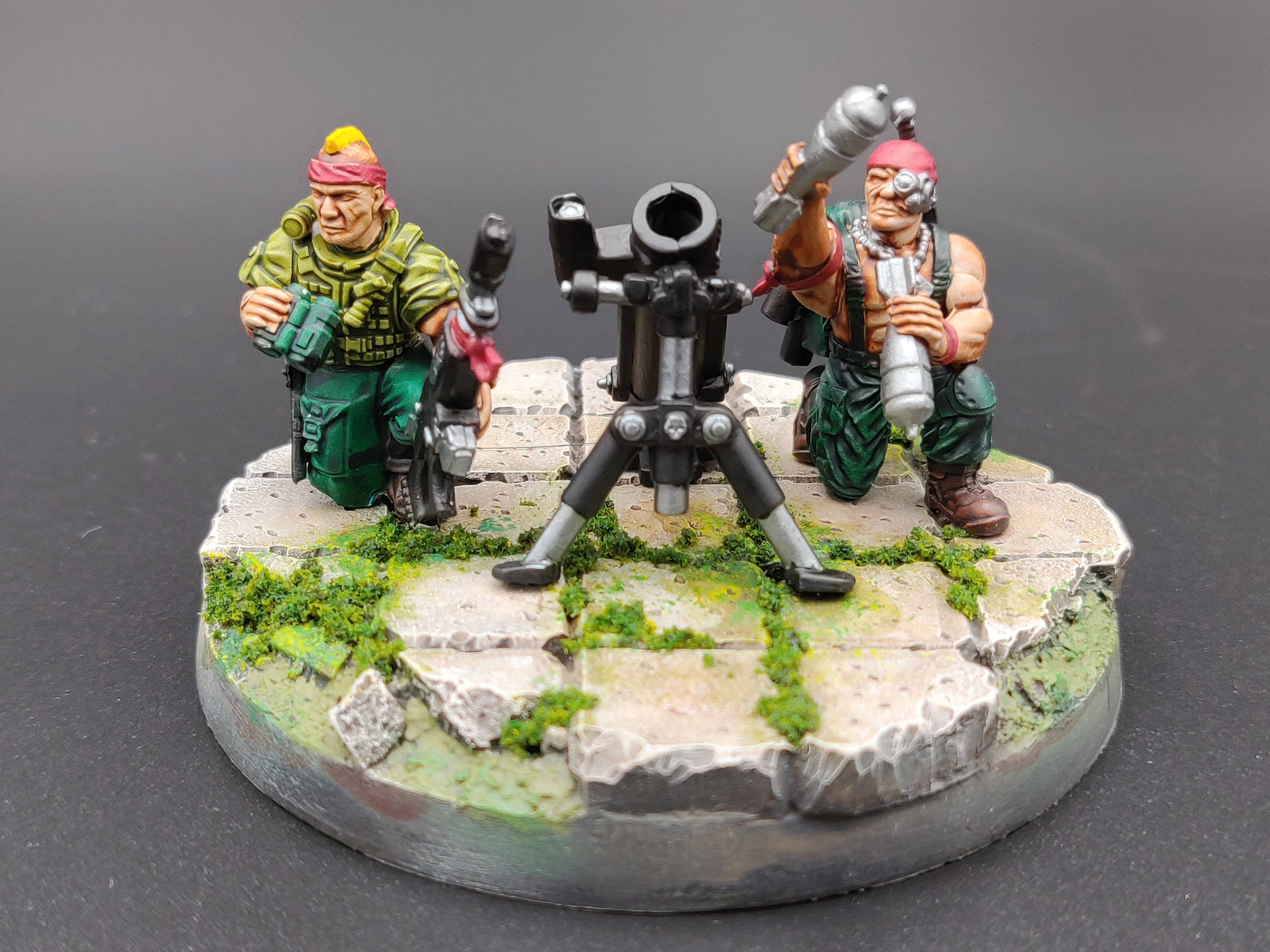 They still need washes on the metals and some edge highlighting and rim cleanup before I’m ready to call them truly complete, but that is my real first ready to play unit right there. There’s obviously a ton of work left to do until I’m ready for Nova, but there is a little glimmer of hope. These guys and the bases represent the last things that I needed to figure out my process for, so from here on out it’s just a matter of repetition and execution. Check back shortly to see what I got done this week, cause I am so all over the place right now I’m not even trying to guess what I’ll end up working on, just that there will be painting involved. At least all that bouncing around is on this project, and there’s nothing that could possibly distract me in any way!