Hey Hams, I’m Dan, better known as FromTheShire online, and welcome back for the eleventh installment of the 40k Hamateur Hour. This week I’m continuing along through the process of getting my first painted army together for Nova 2019, let’s see what I managed to get done since a few days ago?

This week was pretty slow for me, with several birthday parties, playdates, etc cutting into hobby time. While I didn’t get as much done as I had hope at the start of the week, I got a solid amount done over the weekend. Nothing too exciting, mainly just repeating stuff I’ve finally somewhat figured out, so this is a fairly short post. With that out of the way, let’s look at some pictures.

The bulk of what I worked on was the two remaining Catachan infantry squads and three of the four characters. Even mainly using Contrast I’m still pretty slow, but even so they’re rapidly closing in on being tabletop.

After spending most of the weekend batch painting, I wanted to take a bit of a mental break as well as see how I liked the recipe I am planning on using on a bunch of the foliage that will eventually be added, so I worked one of the grunts up to ballpark what the final battle ready results will be.

It’s nice to be nearing the completion of the Catachans. While they’re a small part of the force points wise, the last minute addition of 34 models was a noticeable increase in the amount of painting to do, and it will be good to move them over to ‘complete.’ Speaking of, how’s the board looking? Somewhat deceptive I’d say, since I keep tweaking my workflow in ways that don’t fit within my own boxes, but a decent reference point nonetheless. Most of the infantry is pretty far along now, with the remaining big projects being literally big, in that they are dreadnoughts. Fortunately the airbrush really helps there, and getting them up to the point of needing to be washed and detailed shouldn’t take too long. 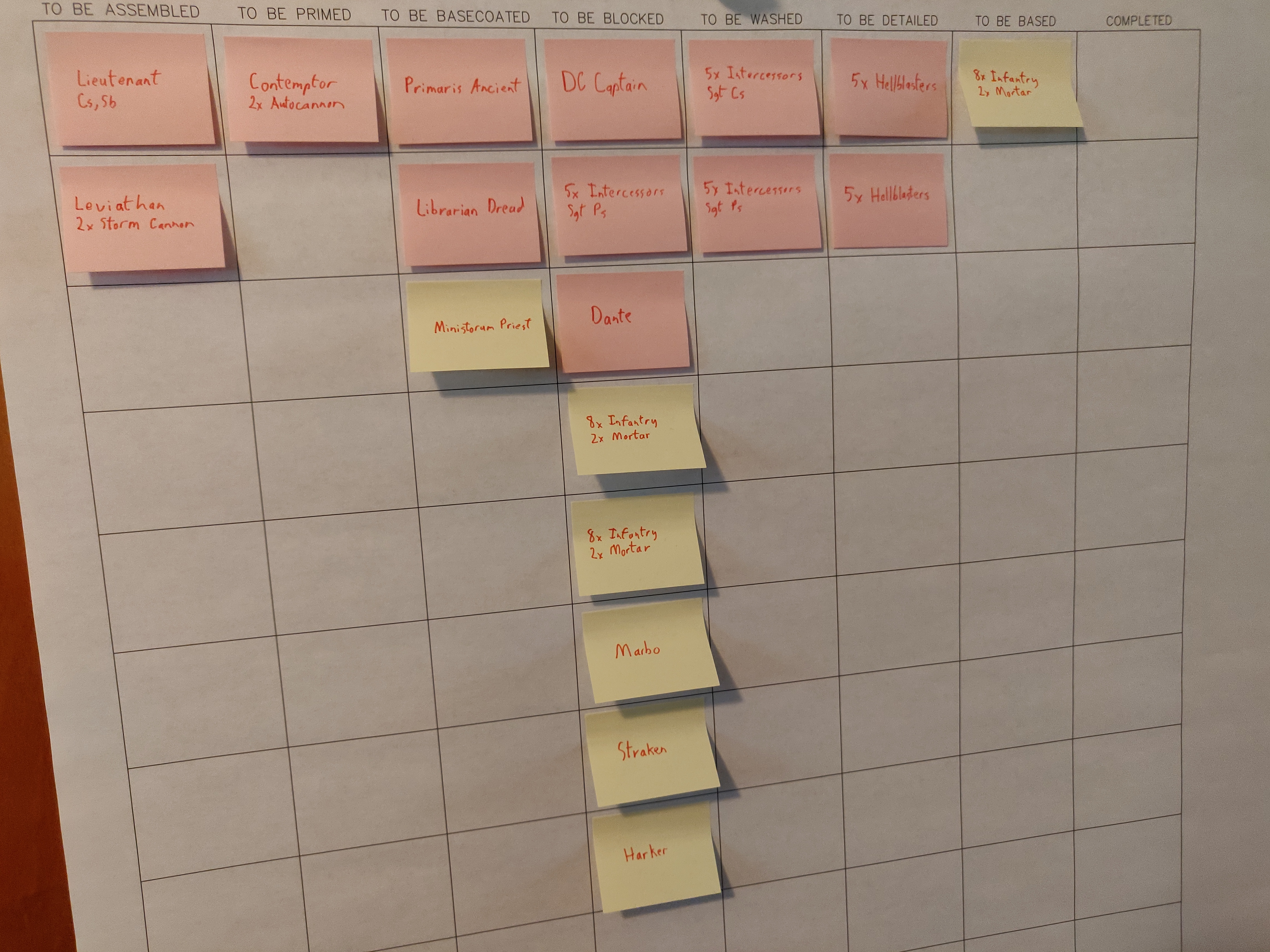 Check back next week to see if I stayed focused on finishing the Catachans, if I successfully transitioned to a 4 day work week to buy myself some extra painting time, and see what MEGA BOSS BATTLE CENTERPIECE UNIT I have added to make my life even more difficult!