Hey Hams, I’m Dan, better known as FromTheShire online, and welcome back for the sixteenth and final installment of the 40k Hamateur Hour’s Road to Nova after finally recovering from some heavy, delayed onset con crud. This week I’m showcasing the last desperate run up to getting my first painted army together for Nova 2019, so let’s see what I managed to get done since the last update.

No time left for you, distant roads are calling me

For those who don’t recall or feel like clicking back, this is about where I was at a week before needing to leave for Nova.

Remember that superheavy I started assembling in a hotel about three weeks before the con? Yeah me too. Remember those two scout squads that I said would be nice to have but not necessary? Yeah turns out unless I wanted to run a patrol detachment or rework my 1000 point list entirely for the four (4!) games I was using it for, I needed those. Remember the KR foam I rush ordered slightly more than a week beforehand to hold the falchion and some of the more fiddly jump pack models? Yeah definitely missed the generically titled ‘Re:your order’ emails telling me they couldn’t ship to my PO Box until late enough that even with the fast shipping it arrived the day after I left.

Between never having undertaken a project of this size before, poor time management, and just generally being slow and anal retentive about how I do things, mistakes were made. A lot of mistakes. So, so many mistakes. By the time I grasped exactly how long it would take to accomplish what I had in my head, I was already doomed. It was tough to admit that, and I felt fairly ashamed of my own work because I was still very much comparing myself to people who are standouts in the community. Thankfully over the course of the event I was able to let a lot of that go between finally starting to internalize that I wasn’t there for a painting competition and the compliments and kind words from spectators, opponents, and the large goon contingent that was present. I’d particularly like to thank Corrode, Soggy, Safety Factor, and Hambrose as people I hung out with a good bit and talked about the subject with, and were generally excellent company. It was also excellent to have a much longer conversation than I expected him to have time for with the IC’s Carl Tuttle on my first night there, where he more or less laughingly said “Oh fuck you, do you want to see my first models?” when I showed him some WIP pictures after talking about things along the same lines. It’s easy to forget sometimes as a fairly new entrant into the hobby just how blessed we are with the products and tutorial resources available compared to people who have been in the hobby a long time and started with Testors enamels or similar. With all that said, let’s see how my last week of prep shook out.

At this point, you may be wondering where the falchion is during all of this. Well, as it was only being used in the Apoc game on Sunday, it went to the back burner and went to Nova looking like this

The good news was that I only live about 4 hours from the event, so I drove, which meant I had space enough to roll into the hotel deep, much to the delight and hilarity of my fellow goons.

I’m proud to say that I didn’t use any models that were unpainted during the full duration of the narrative. Some of them were definitely letter of the law, poor 3 color minimum I finished painted in my room half an hour before the first dayfight started, but I wasn’t the guy playing with unpainted or primer only minis. Some better pictures of the full force as it was played taken when I got home: 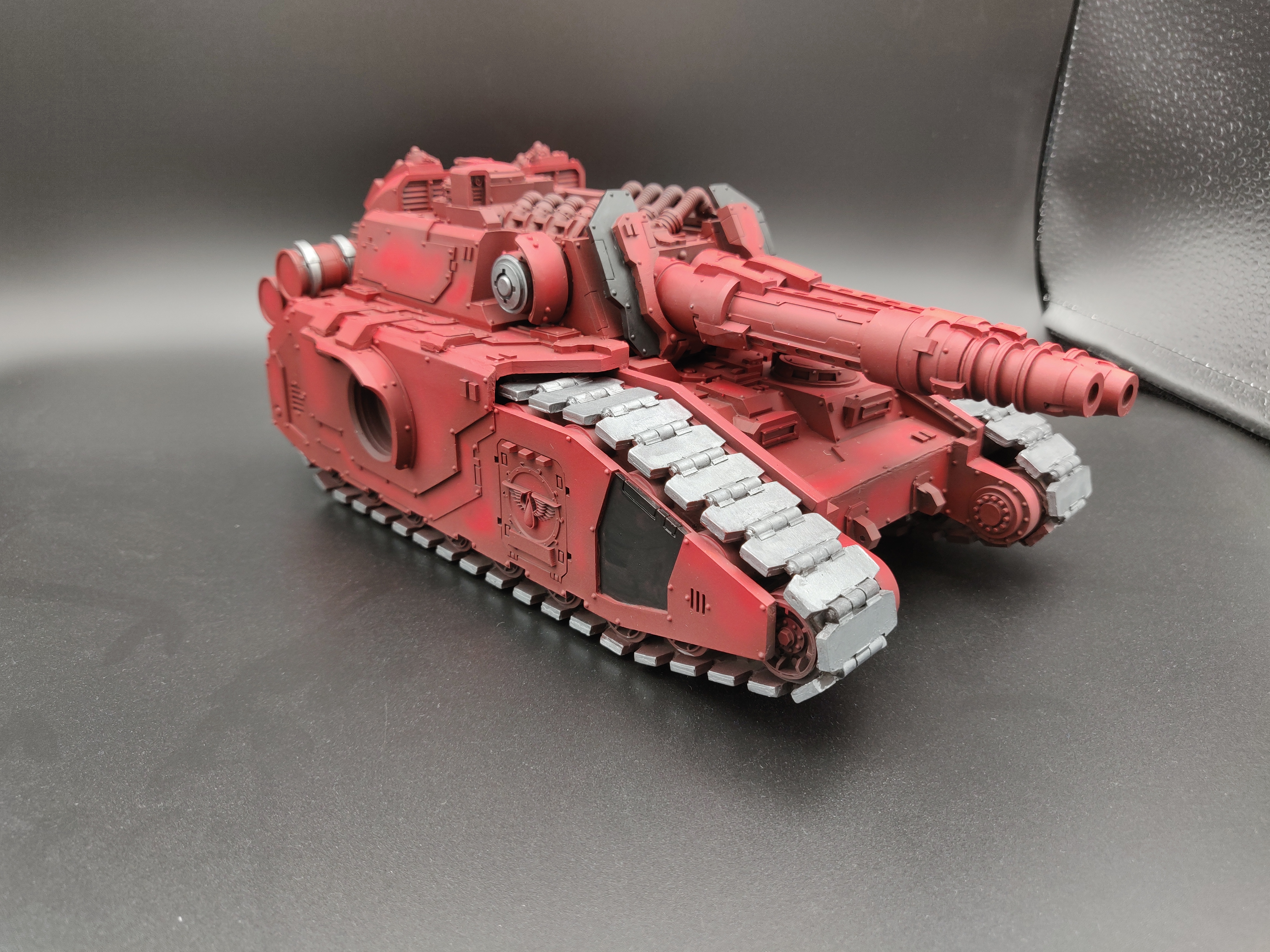 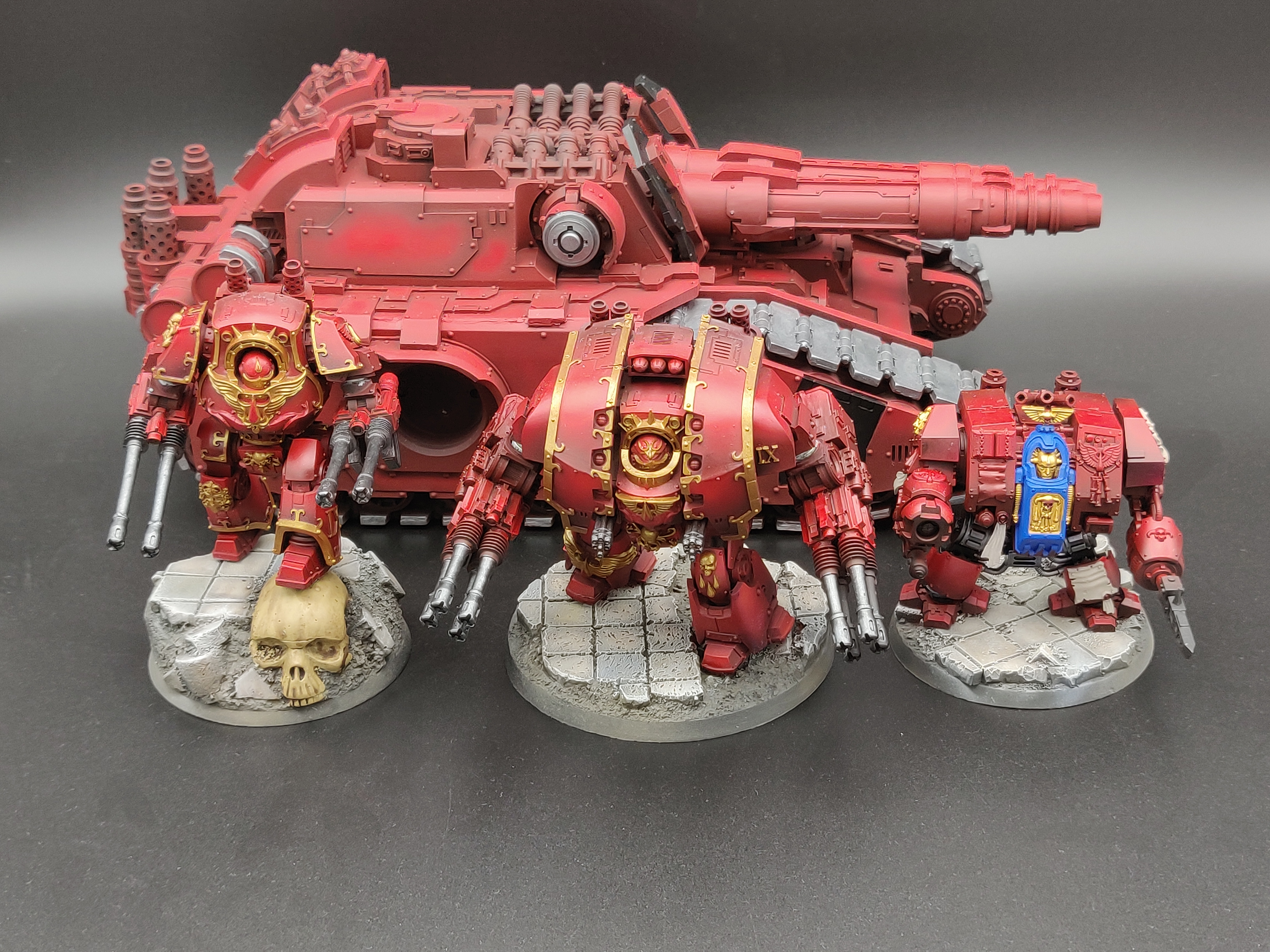 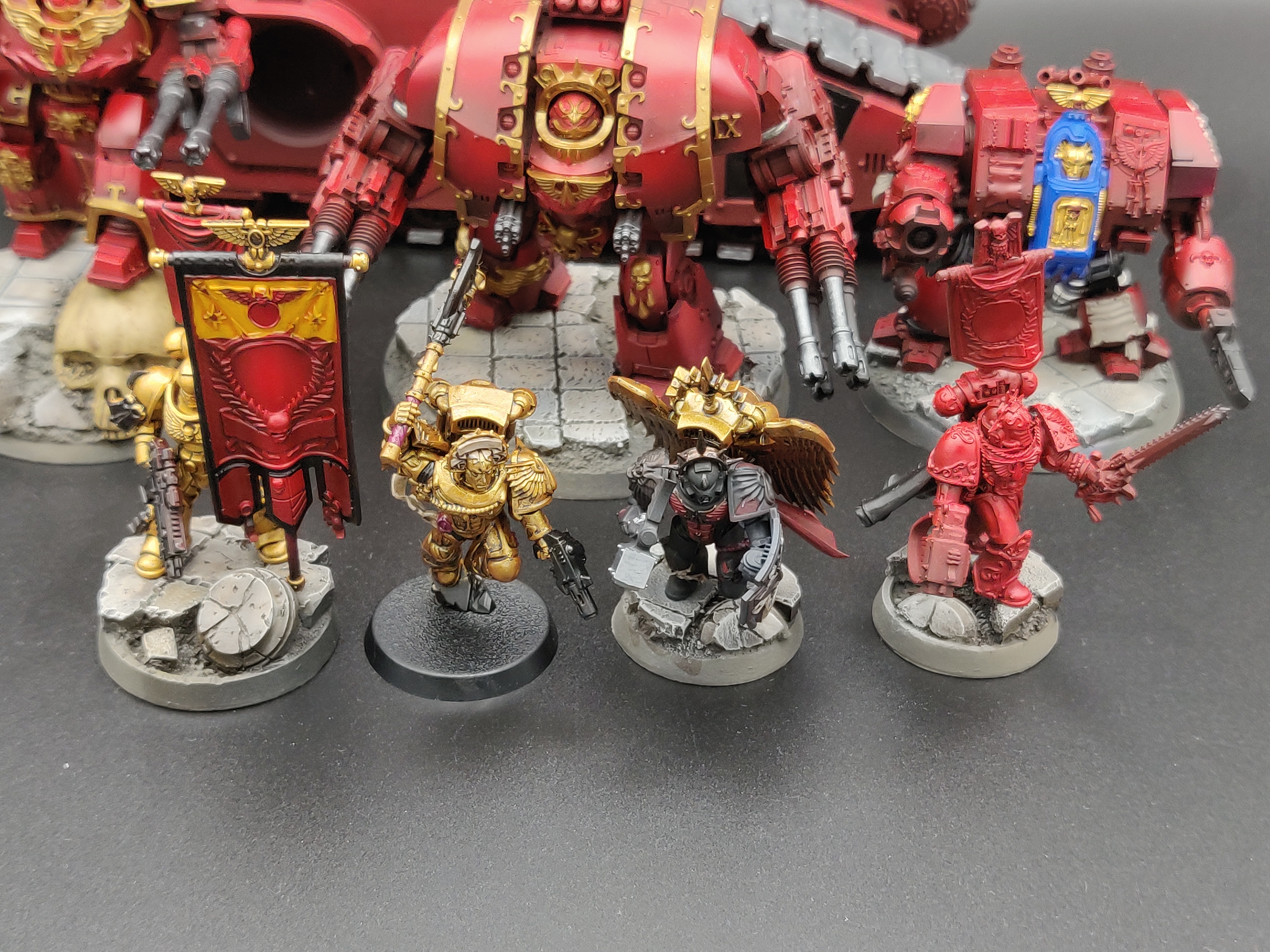 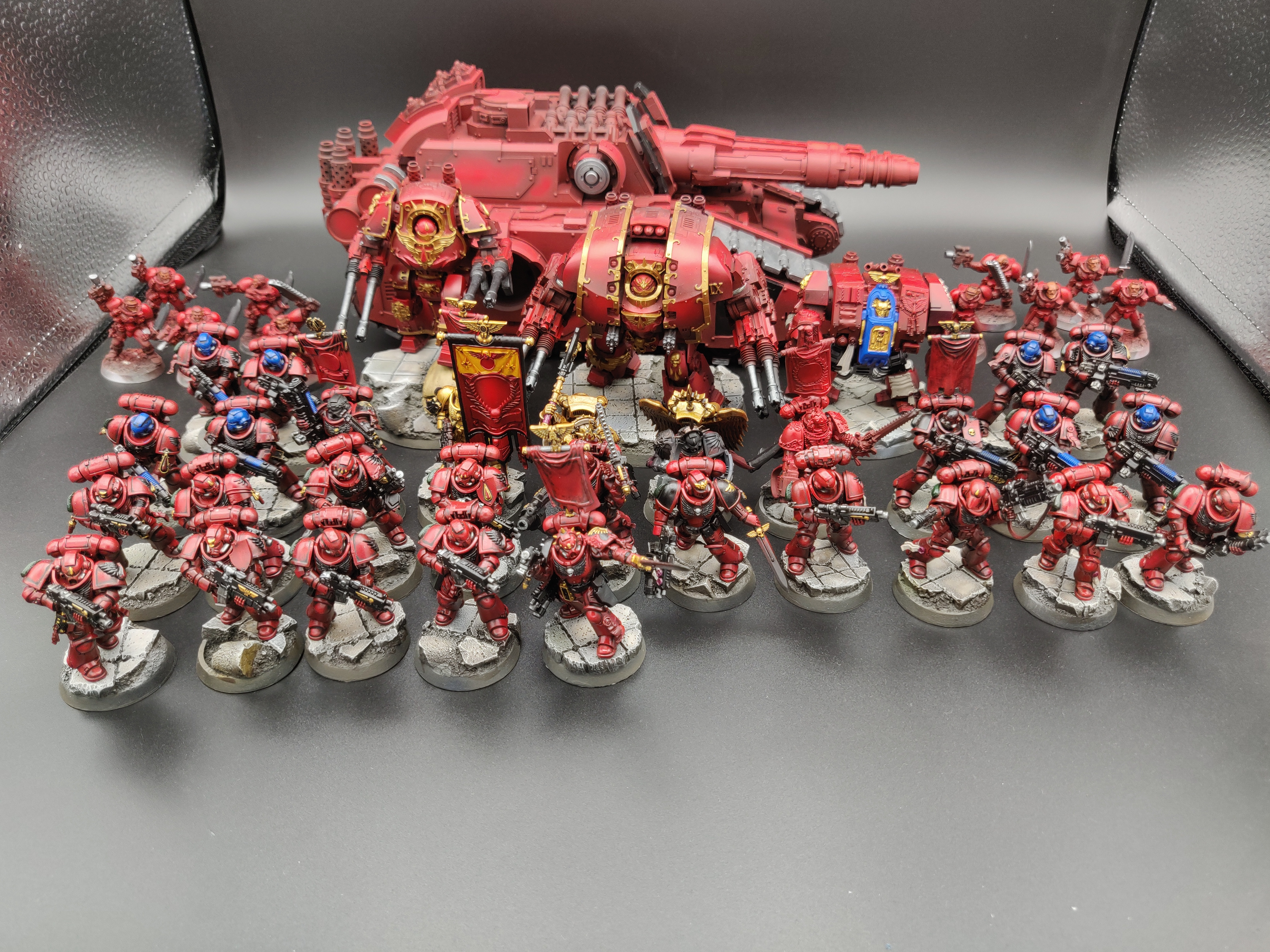 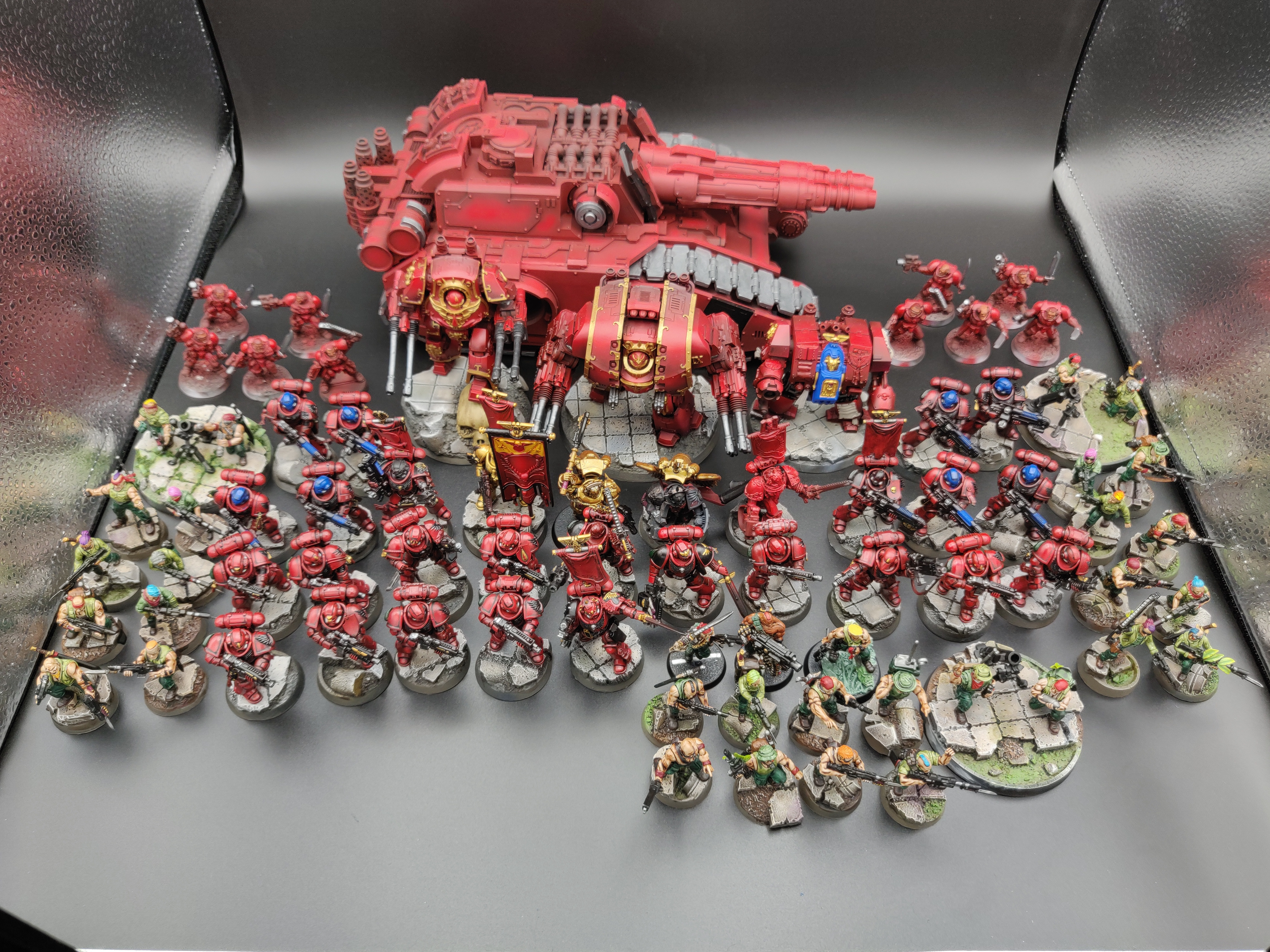 Well, my next update will be a recap of my actual games at Nova. After that, I’m not sure exactly what will be first on the list. There’s still lots to do to finish my definitely-meant-for-Adepticon-this-whole-time army, but I also have a good bit of Adeptus Titanicus and Necromunda I’d like to get done as well. Guess you’ll just have to check back and find out roughly hours after I figure it out myself!