Hey Hams, welcome back for the sixth installment of the 40k Hamateur Hour, continuing along with a total amateur through the process of getting his first painted army together for Nova 2019. I’m Dan, better known as FromTheShire on dead comedy forums, and let’s see what I managed to get done since last week.

How’d your plan hold up?

It may surprise you, but…..not ideally. Originally I wanted to get to better dreads in red and then do an oil wash but that’s not quite how it played out. Right off the bat, I had forgotten about going to see Mastodon and Coheed and Cambria on Monday, which was fantastic, but also pushed my biweekly D&D game to Tuesday, then leading right into MtG and another D&D game on Wednesday, all of which was done while also dealing with the disruption of having my car in the shop for a couple of days. Thursday evening was taking a breather and catching up on the chores and the like I was behind, so my hobby week started Friday evening.

So what did you do instead?

Almost immediately, I decided that rather than varnish and oil wash from where I was, it probably makes more sense to block in the majority of the colors and then do a single all over wash. I was somewhat concerned about my shaky hand brushing screwing up my sick airbrush fades, so I went with a kind of middle ground approach and matte varnished everything. This means that I can clean up stray brush marks pretty easily with water, or in the worst case lightly with alcohol, without risking stripping the paint underneath. It also has the nice side effect of making things look way better in person, though I don’t think it shows up super well in my flip phone quality pictures. 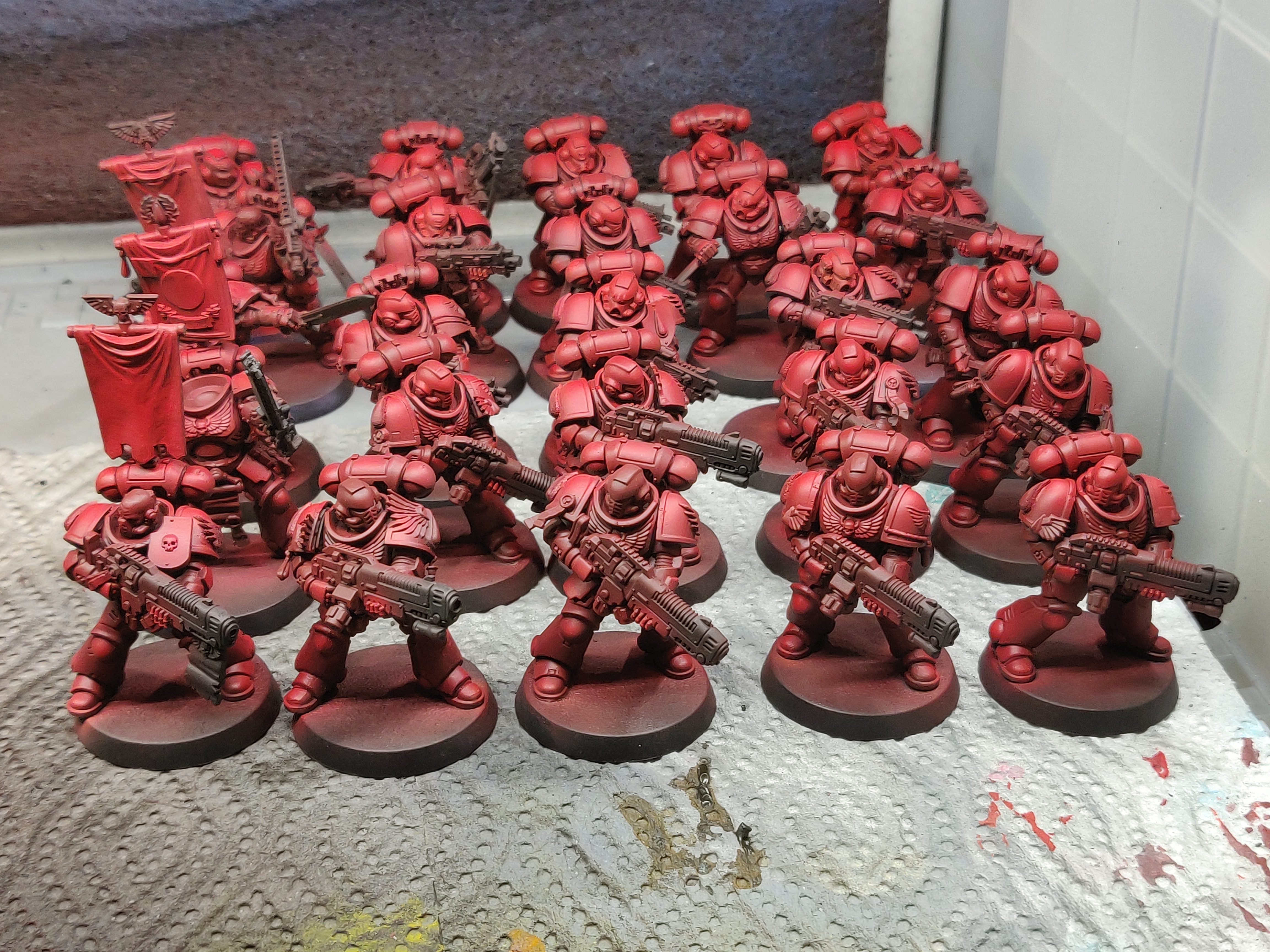 After that, time to start blocking everything in. Trying to basically batch paint this many marines at once isn’t my favorite thing, but I’m also stubborn as hell. Why should I potentially waste nickels worth of paint at a time when I could instead spend hours slowly painting belts over and over again? I didn’t have much free time Saturday, but I spent pretty much all of Sunday working on these guys at my blistering pace. At this point I have a little bit of black and then all of the Leadbelcher to do, and it’s back on the oil wash train, so that’s the plan for the upcoming week. It’s slightly disheartening to not have gotten more done this week, but I did average almost 2 hours a day all told which is reasonable, and seeing the models start to come together is motivating. Realistically I’m already at a 3 color standard, leaving aside the basing, which puts me ahead of a lot of people, but I’m not comparing myself to that most often, but rather to the crazy high standards found within the Goonhammer family. It’s not likely I will end up living up to that with my first army, but I’m certainly going to try. After all, you don’t learn things if you don’t push yourself and fuck them up. Check back next Sunday to see what new excuses I have for my plans going wildly awry! 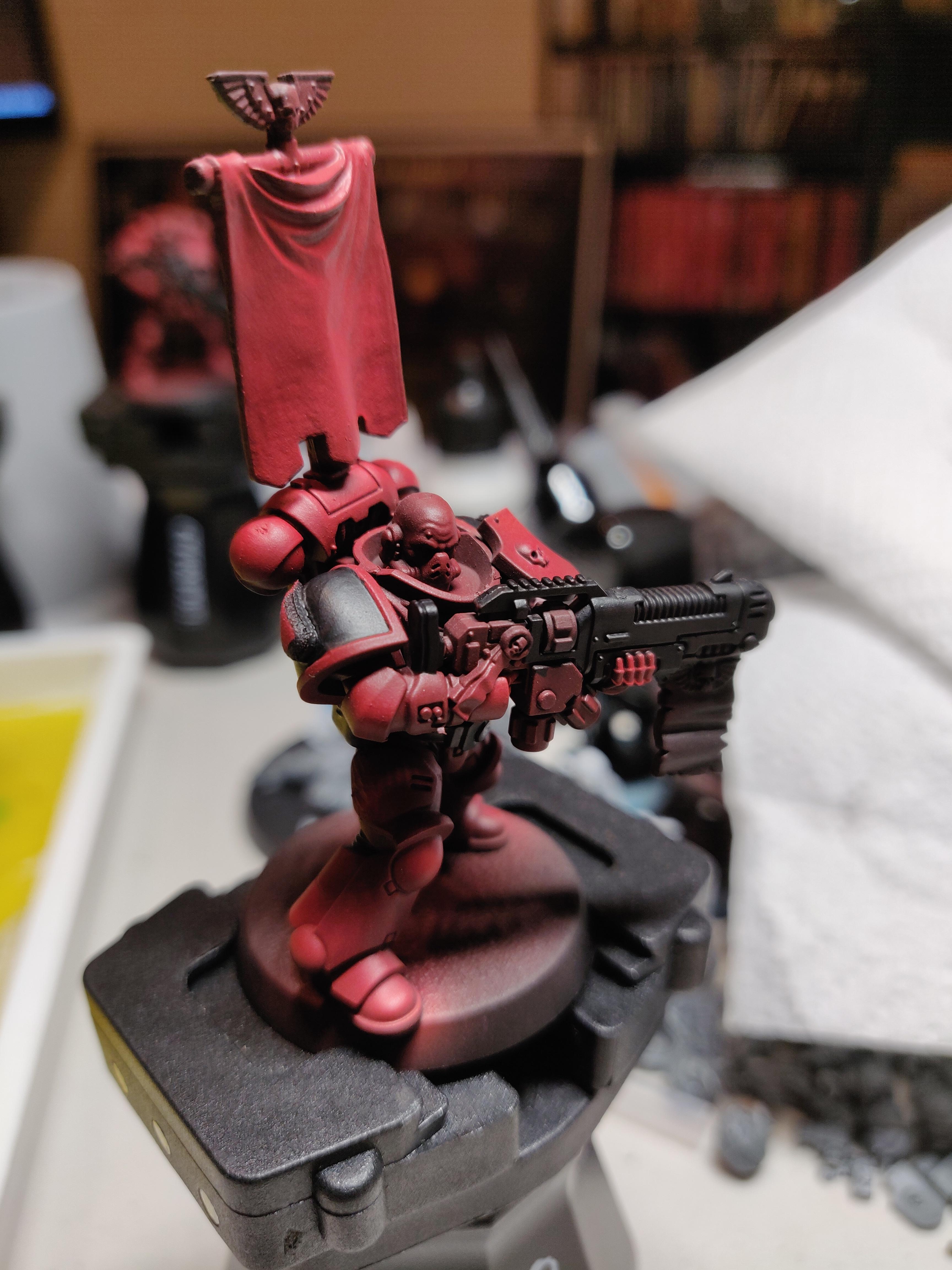 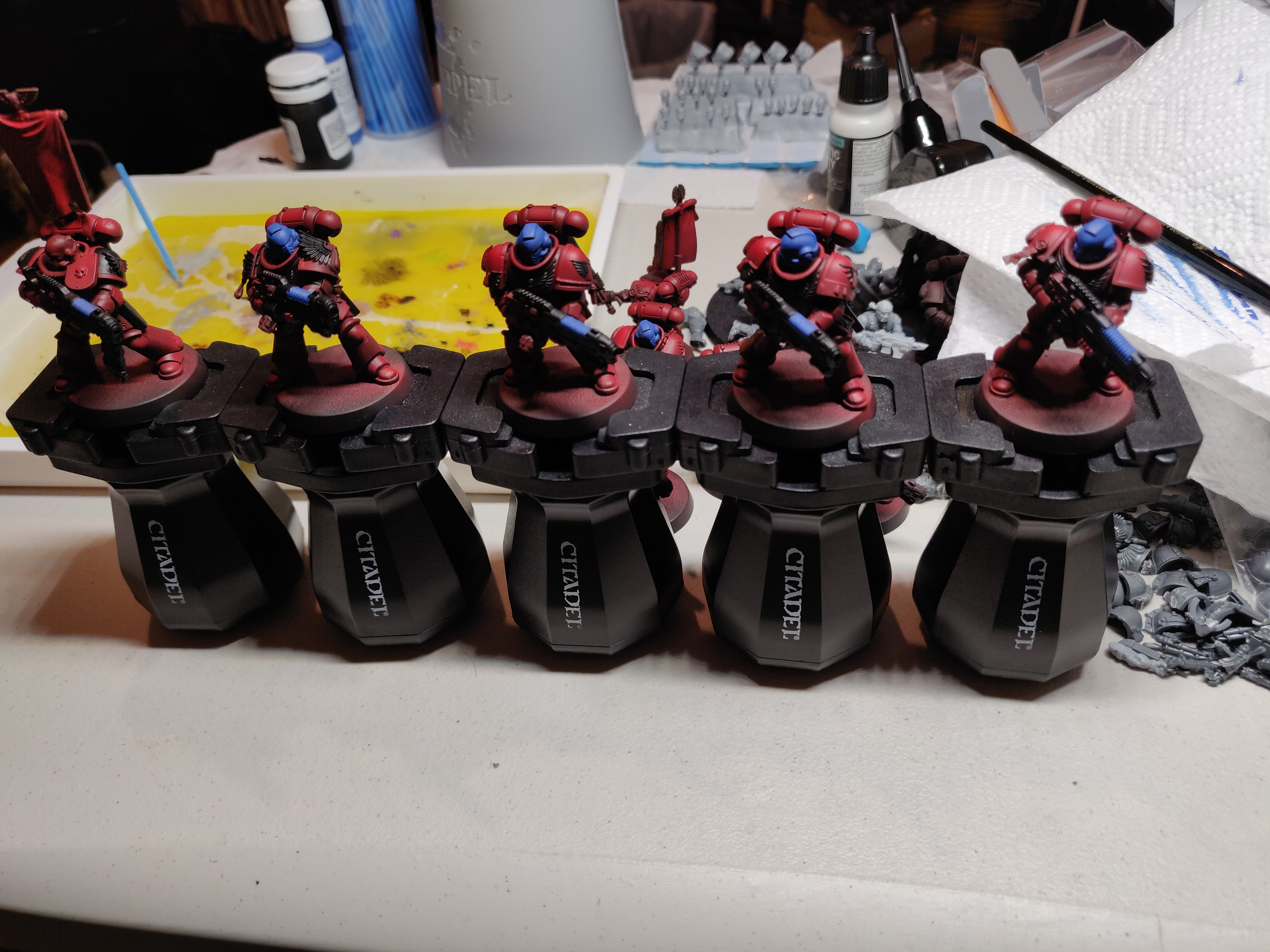 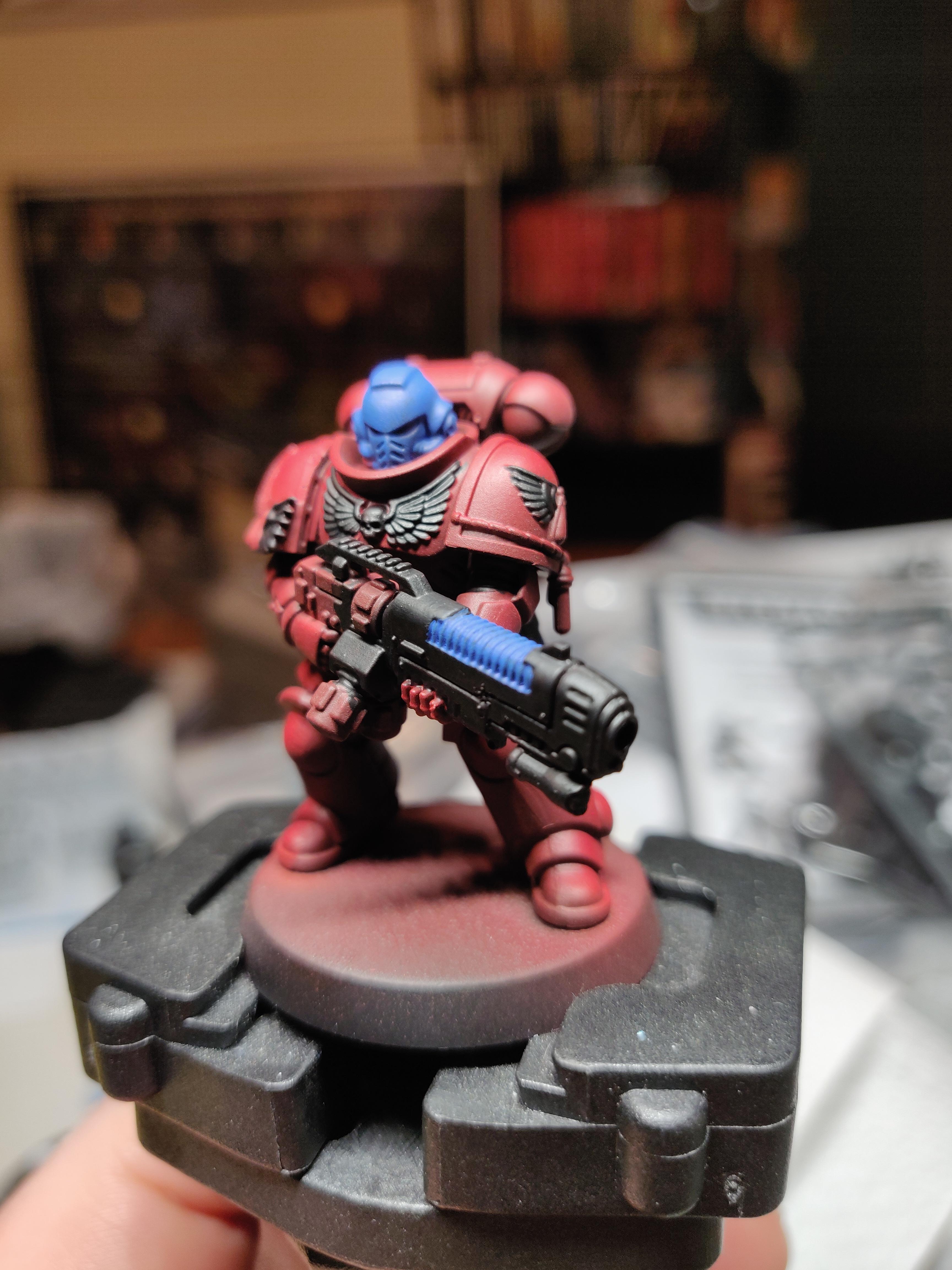 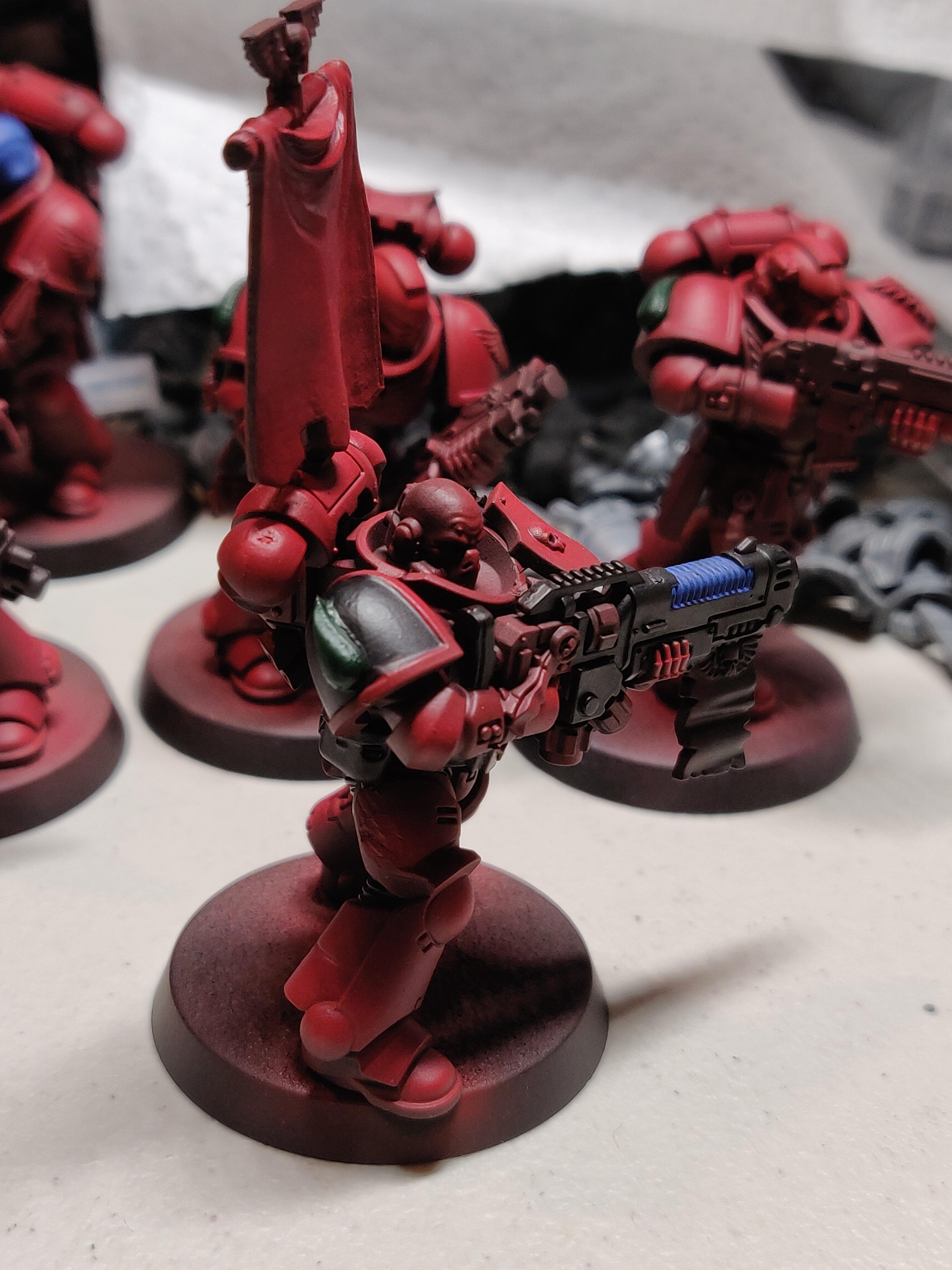 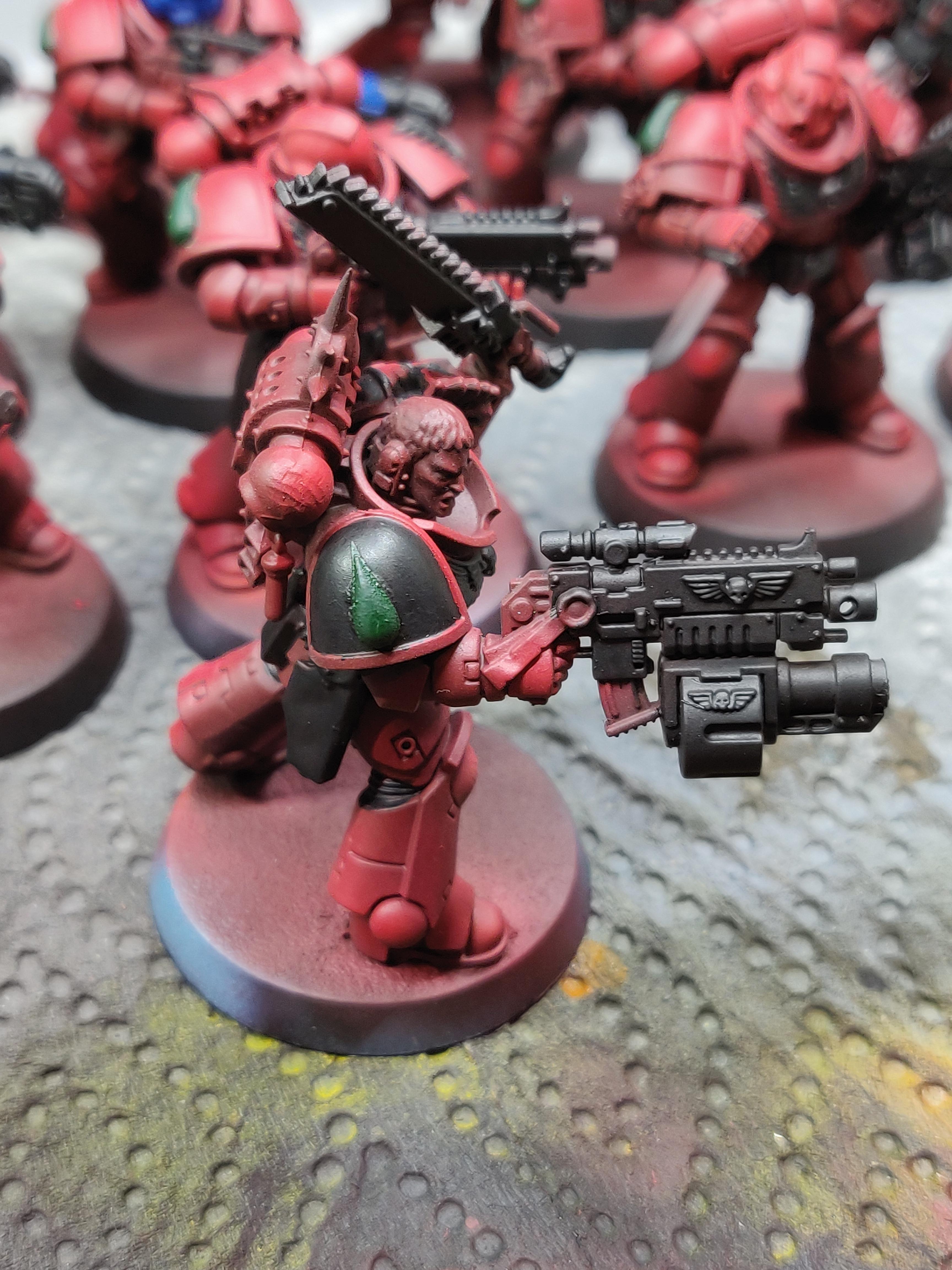