Hey Hams, welcome back for the ninth installment of the 40k Hamateur Hour, continuing along with a total amateur through the process of getting his first painted army together for Nova 2019. I’m Dan, better known as FromTheShire on dead comedy forums, and let’s see what I managed to get done since last week.

What you done did

A bunch of not particularly photogenic but necessary stuff, mainly. Lots of gluing on fiddly bits, scraping mold lines, and priming later, the only things left to finish building and priming are the BA Lieutenant and a pair of dreads. I also got to try the new Contrast paints for the first time, and god damn, there’s a reason the entire internet is currently losing their shit over them. Aside from priming the hell out my hand (remember to wear gloves BEFORE halfway through priming), the rattle can spray went on super well, and the paints themselves impressed me big time. I also got an actual lightbox for taking my pictures, so they should be getting much clearer going forward.

I also got in my vortex mixer and tried it out on some Scale 75 Viking Gold which was previously giving me some trouble in mixing thoroughly. It seemed to work well, and I put a second base coat on Dante with it that looks much more uniform. 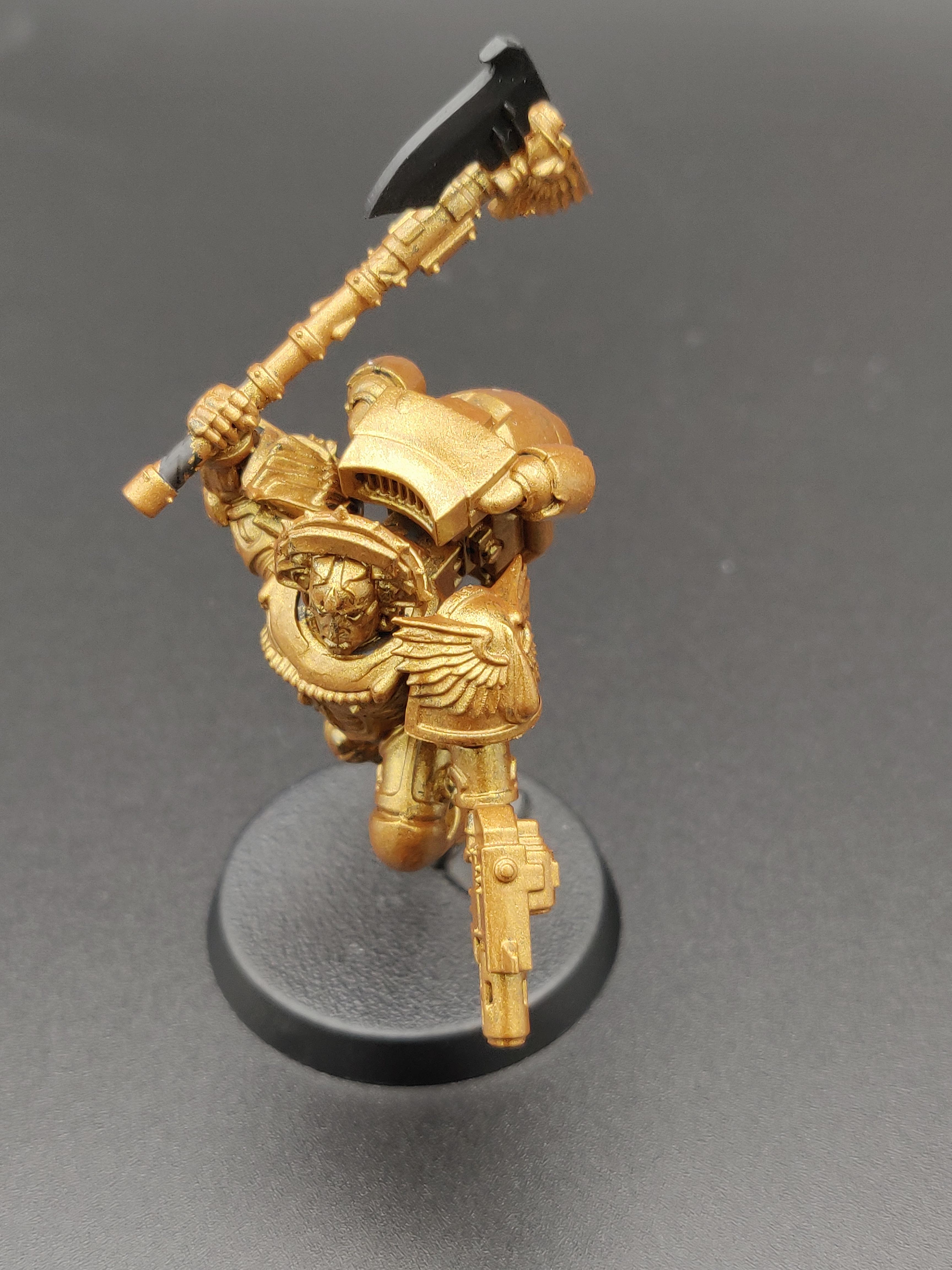 I also primed all of my bases and started working out how I’m going to paint them, as well as taking one up to adding some moss effects.

Goals for next week

Pffff, I mean just keep doing the things? Honestly this weekend I was kind of bouncing all over and working on bits and pieces of everything. While it’s probably more productive to focus on one thing at a time, I’ve also been spending almost all my free time hobbying, so the variety helps keep me from feeling burned out. With how fast the Contrast paints are, I’m planning on getting the Catachans fully ‘battle ready’. After that I’m probably going to get the bases moving along, and then see where the whims of fate take me from there. Check back next week to be as surprised as me at what got done!