Hey Hams, I’m Dan, better known as FromTheShire online, and welcome back for the thirteenth and fourteenth installment of the 40k Hamateur Hour. This week I’m continuing along through the process of getting my first painted army together for Nova 2019, so let’s see what I managed to get done since going on vacation in crunch time?

How’d that vacation treat you

Yeah, about that. It turns out farm labor is still quite taxing, especially if your day job is behind a computer screen, and my optimism is boundless but ungrounded. Between being pretty wiped out each day, one of my best friends also coincidentally being on vacation the same week, and travel time, I didn’t get much of anything done until I got home Saturday. Even then, most of the day was spent recovering but after that, it was time to work on….. the Falchion. Technically I actually started it at the hotel a few days before, and let me tell you, that is absolutely the best environment for building enormous blocks of FW resin. If you look closely in the little how to use our product pamphlet they give you, it’s actually in there as a recommendation.

You haven’t lived until you’ve tried straightening warped resin bits in a hotel sink full of hot water, is all I’m saying. Despite the inauspicious start, I was able to get a few hours in Saturday and then pretty much a full day Sunday, and it’s coming along quite well. 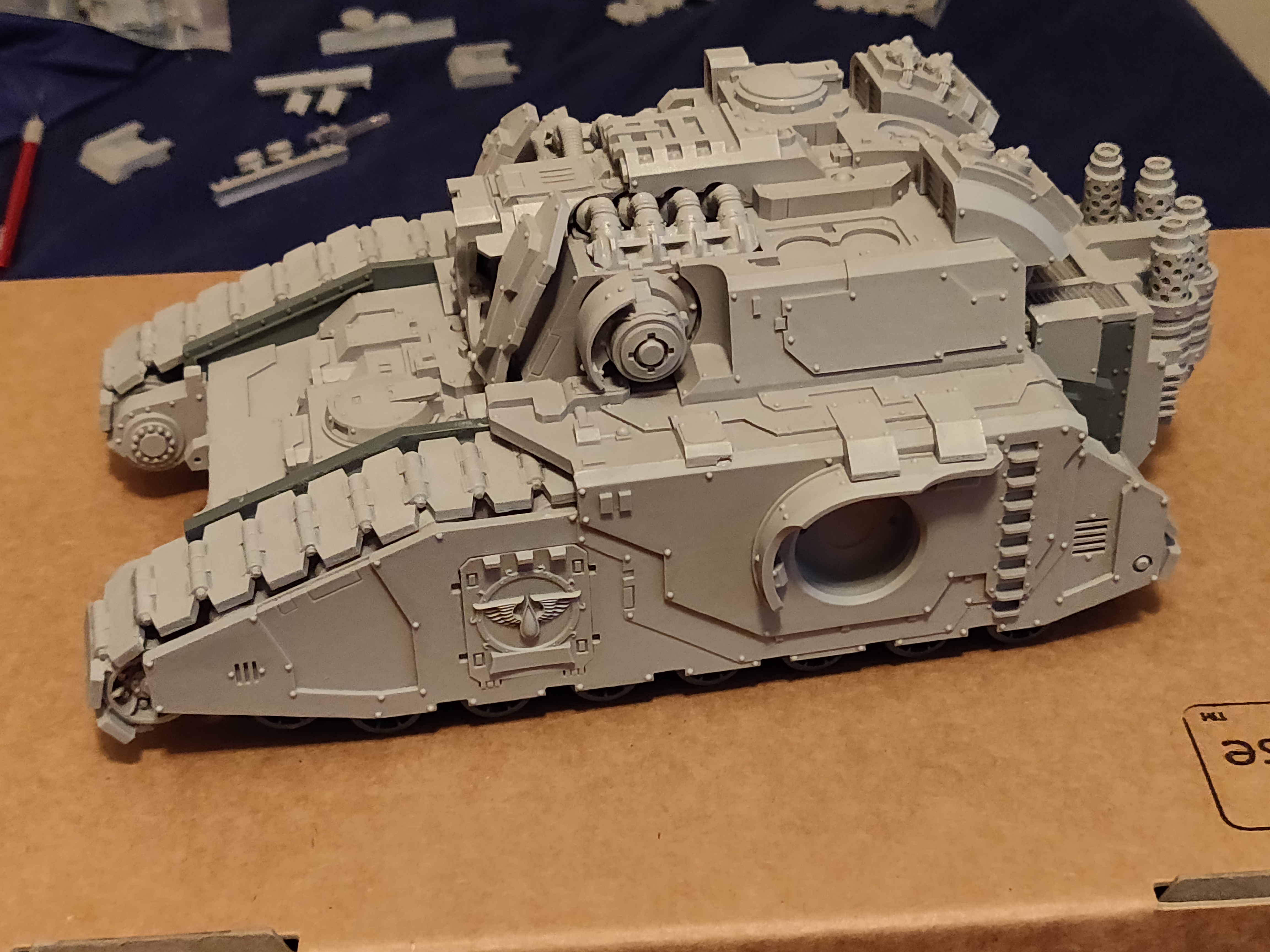 Looks almost ready from that angle! Naturally, there’s still a bit to do, aka the bits I’ve cleverly hidden by virtue of them being on the bottom or back. Mainly it’s the treads which are known for being a bit of a pain but also they’re on the bottom so if they’re a little off I won’t care much at all. The larger thing that needs to be taken care of before I can do that is this

It’s a little hard to tell, but that left side outer rail is warped big time so it will need an application of properly hot water to straighten out rather than a warm sinkful. Once that is done, there’s a few gaps that need filling, though it’s definitely not too bad. 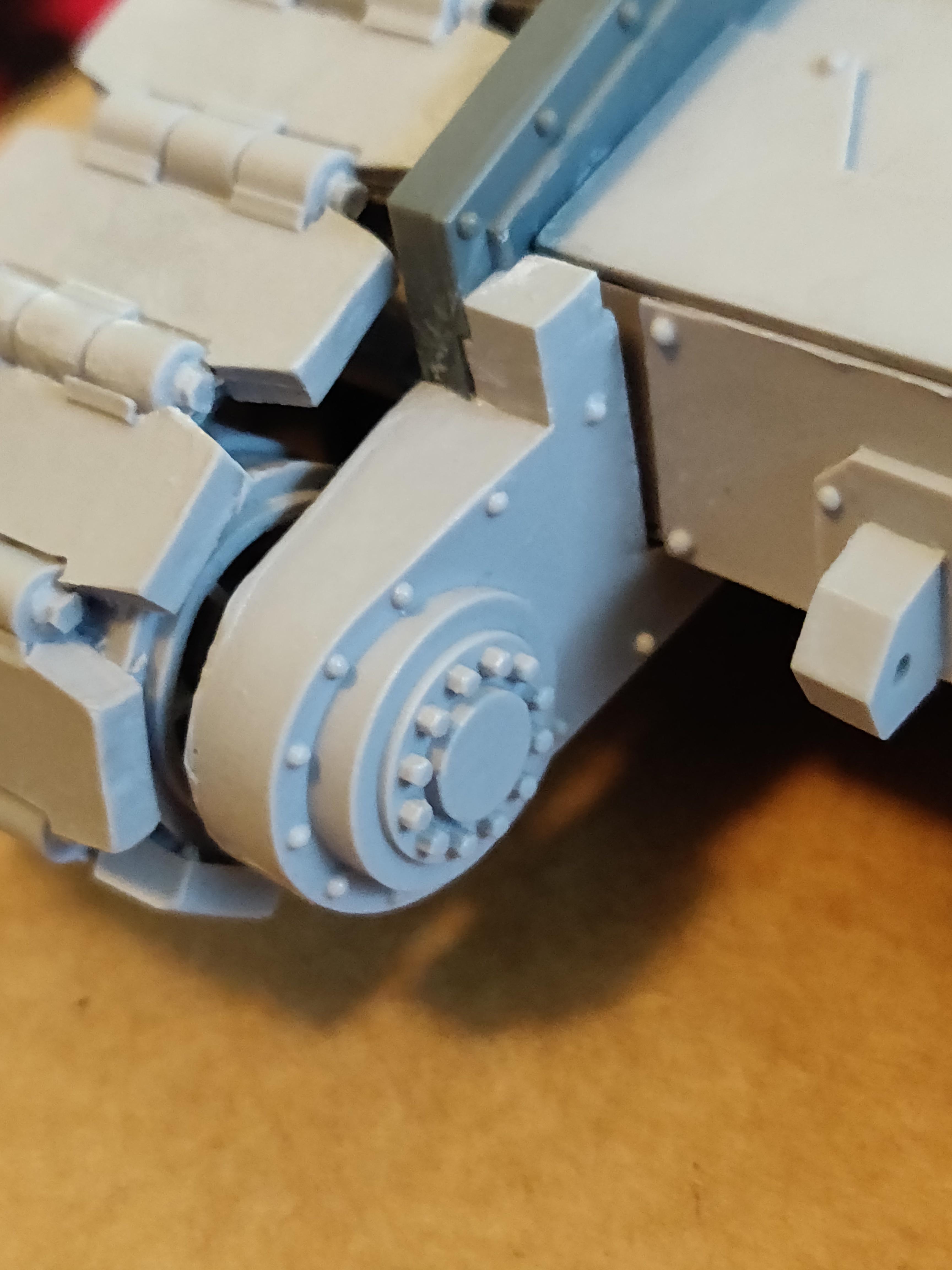 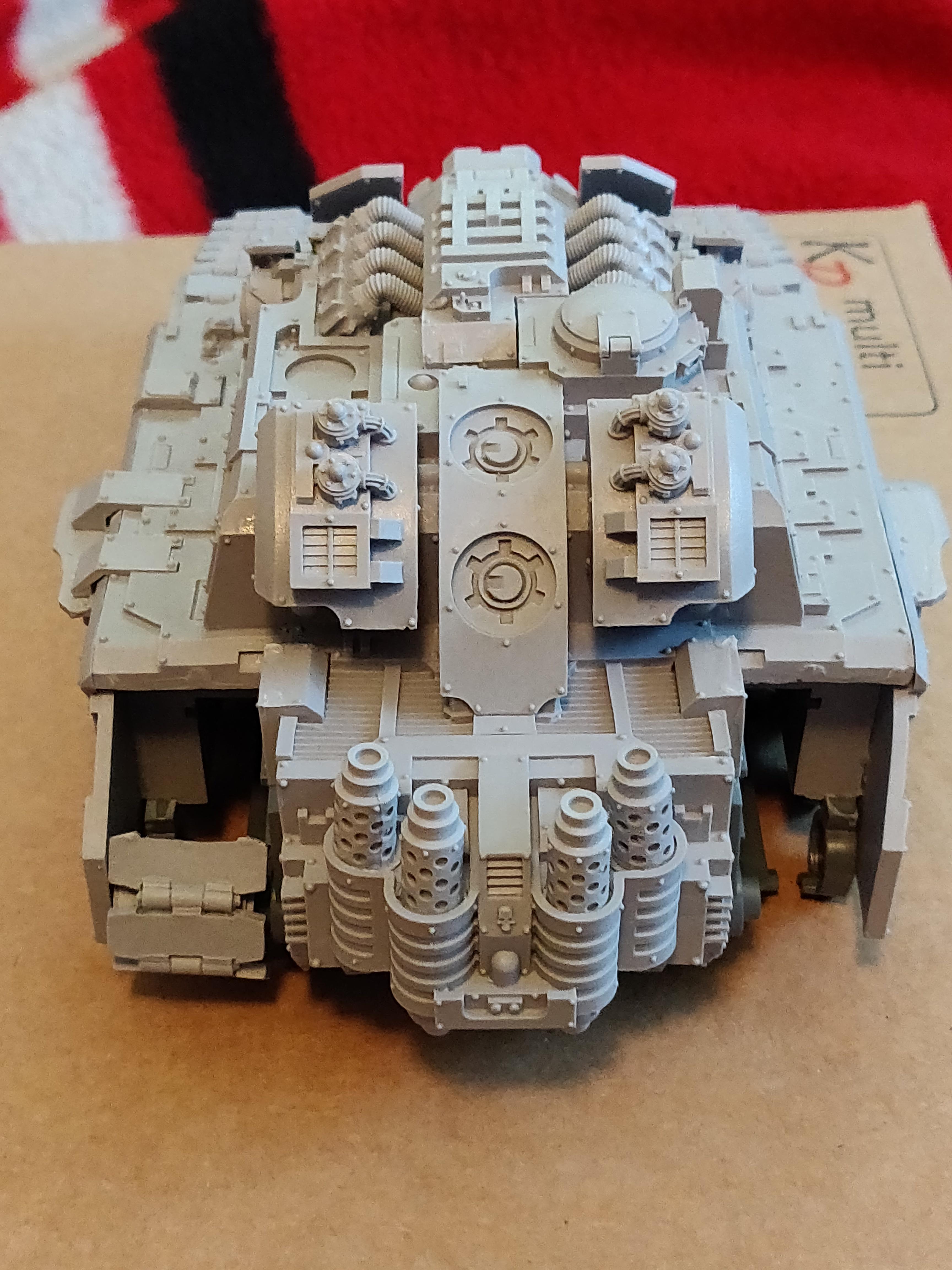 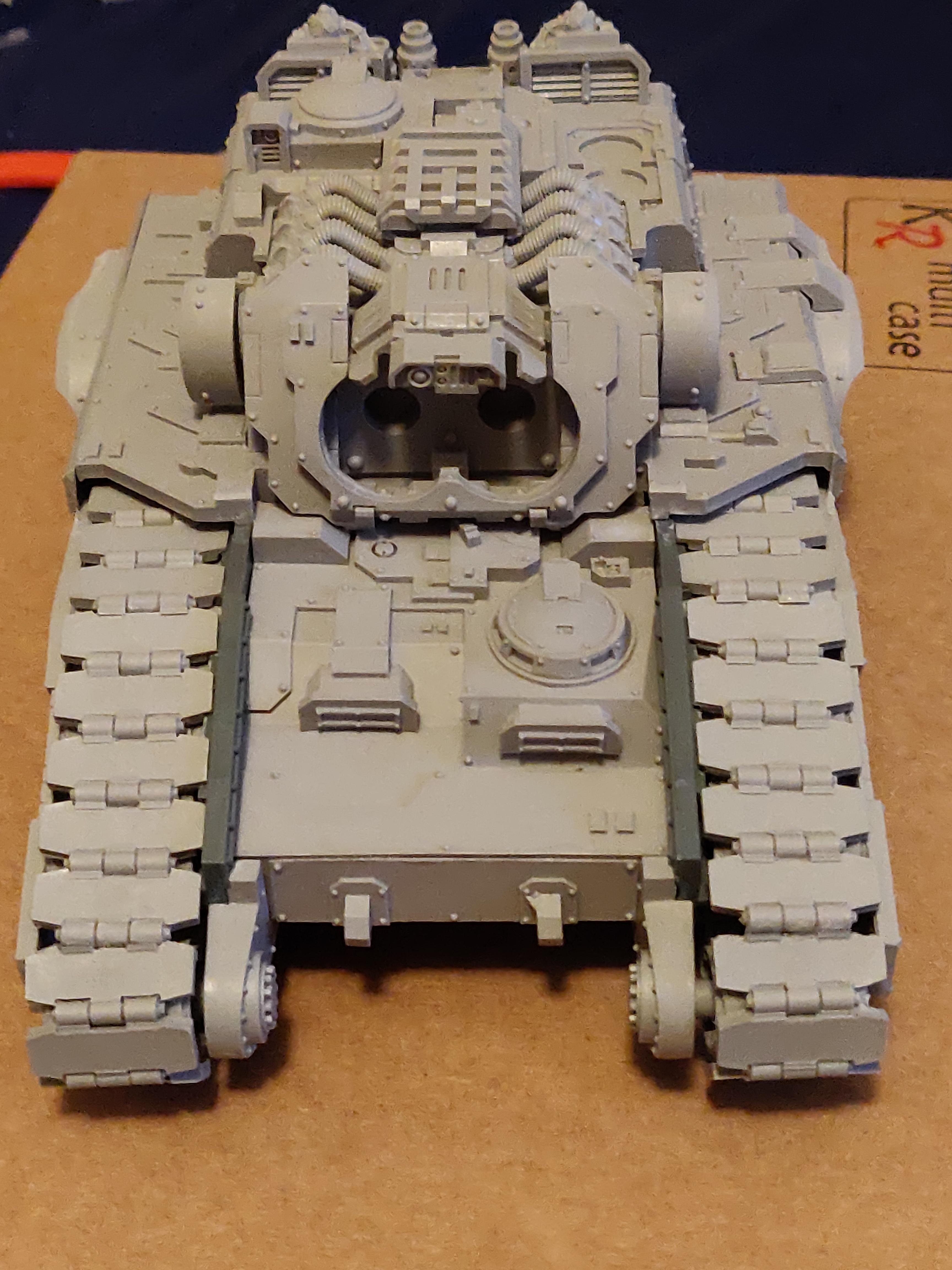 Once that’s completed, I just need to finish assembly on the Leviathan and Lt, and then everything will be officially together and ready to paint, at least pending new codex shenanigans.

I also started actually playing around with the foam I got a while back to see if it actually going to work for me or if I need to shift to some different trays, and while I definitely need to order one this week for the Falchion, the rest looks pretty reasonable.

We’re now in the extreme time crunch period and there’s still a good bit to go, but most of the ugly faffing about I do with assembly is done with which is good. At the end of the day, this isn’t going to be the fully edged wonder army I had in my head in the next couple of weeks. It will, however, contain absolutely no bare plastic or primered models, and for a project I started a few months ago from scratch, that’s going to be ok for now, and I can work on the final completion when I’m not under time pressure. Check back next week to see how my large resin sons are coming along!